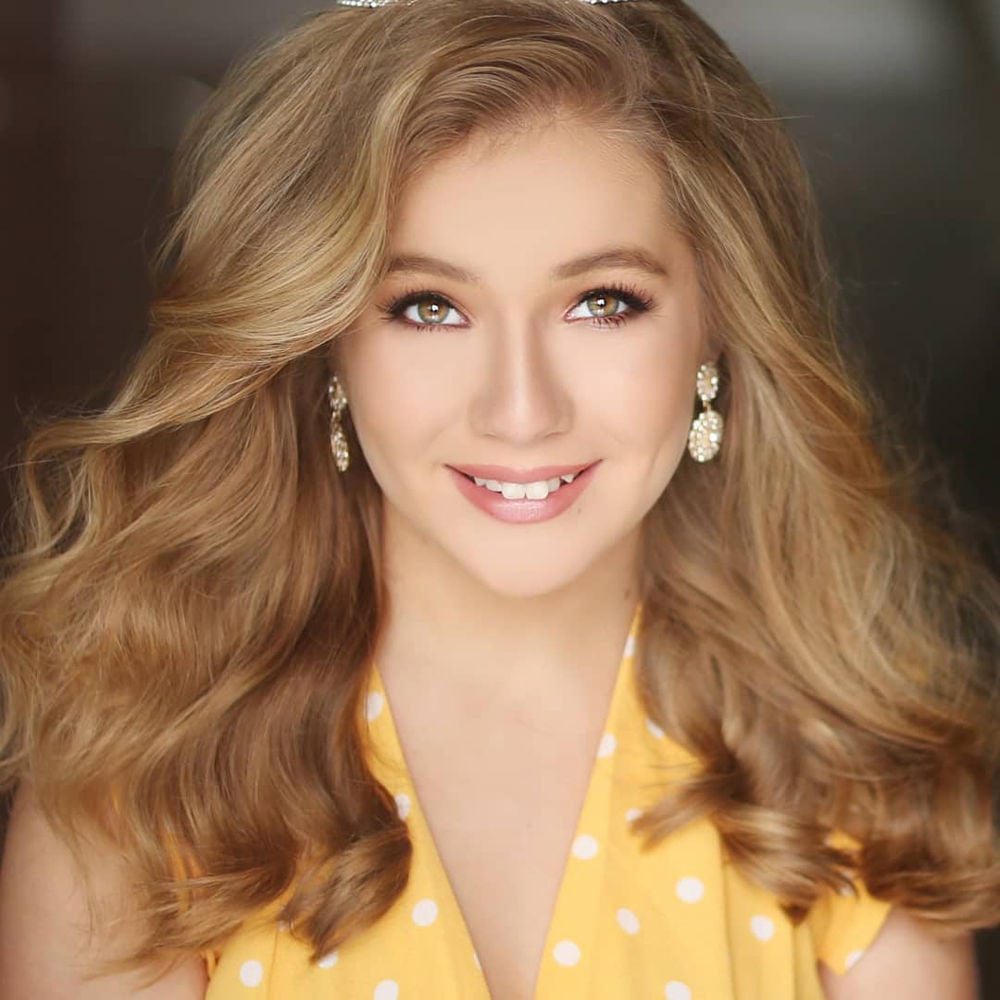 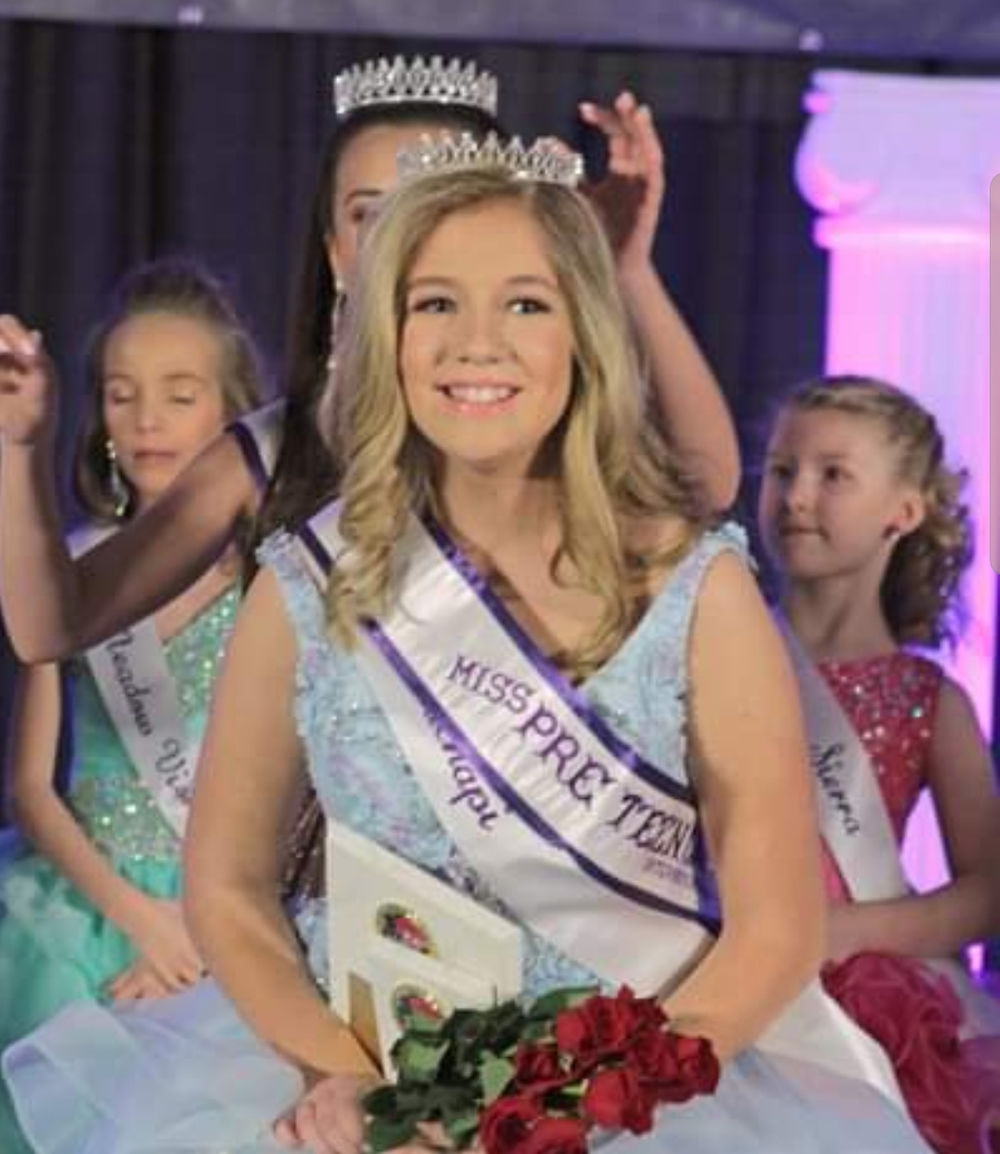 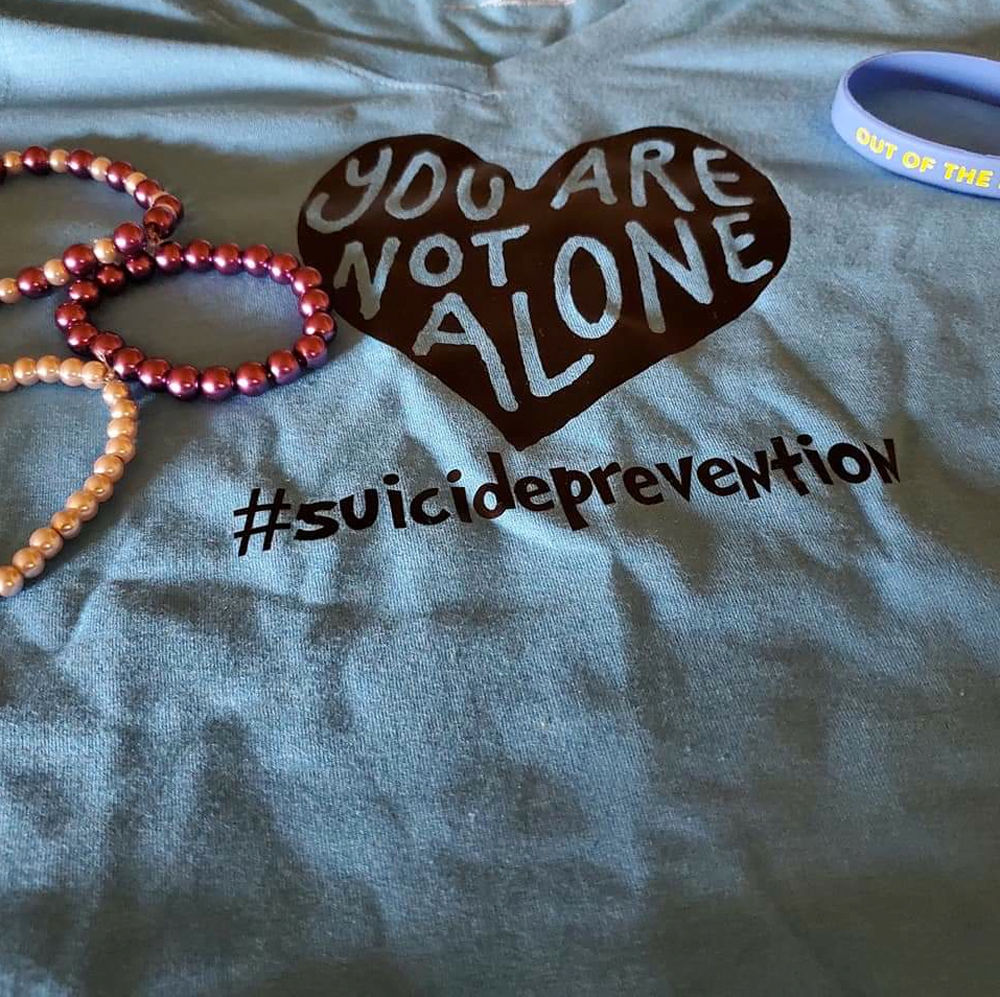 Abagail Tapia is selling T-shirts for $25 or bracelets for $3 each to raise money for the American Foundation for Suicide Prevention. To order, call her mother, Shea Tapia, at 972-3783. 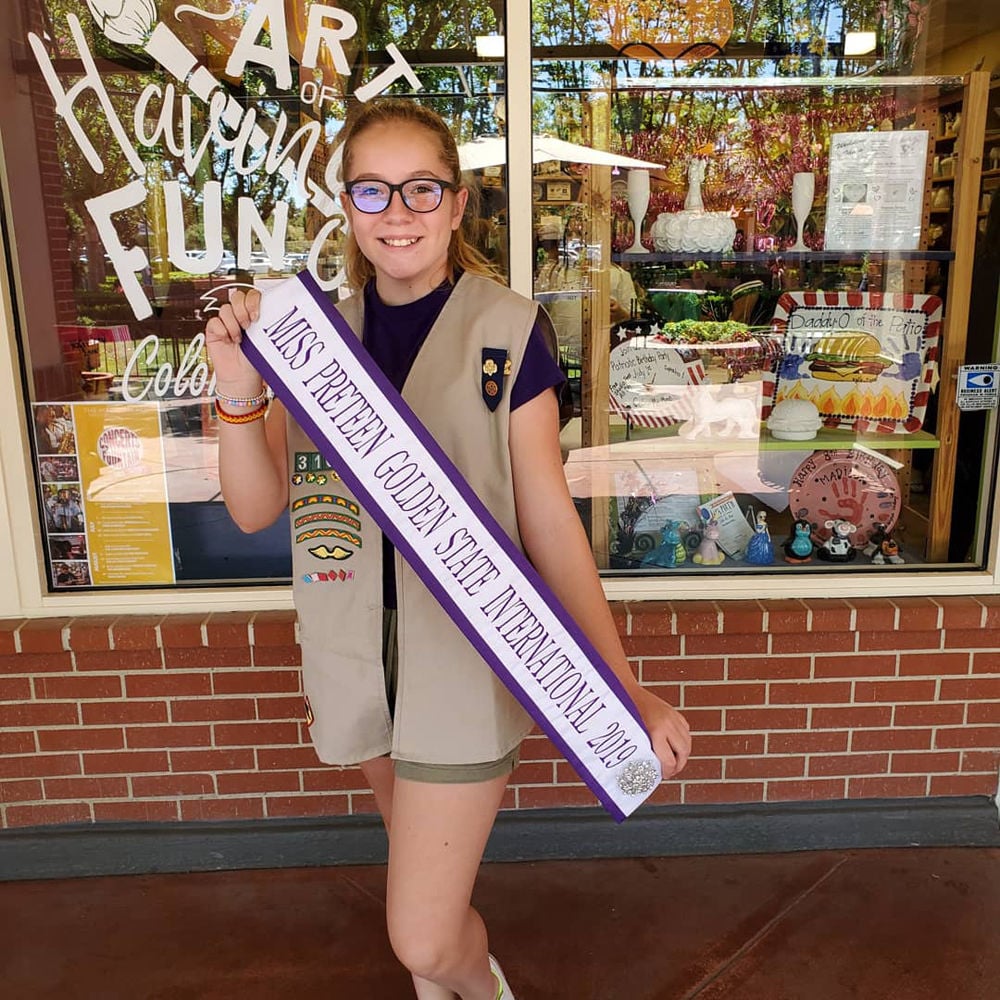 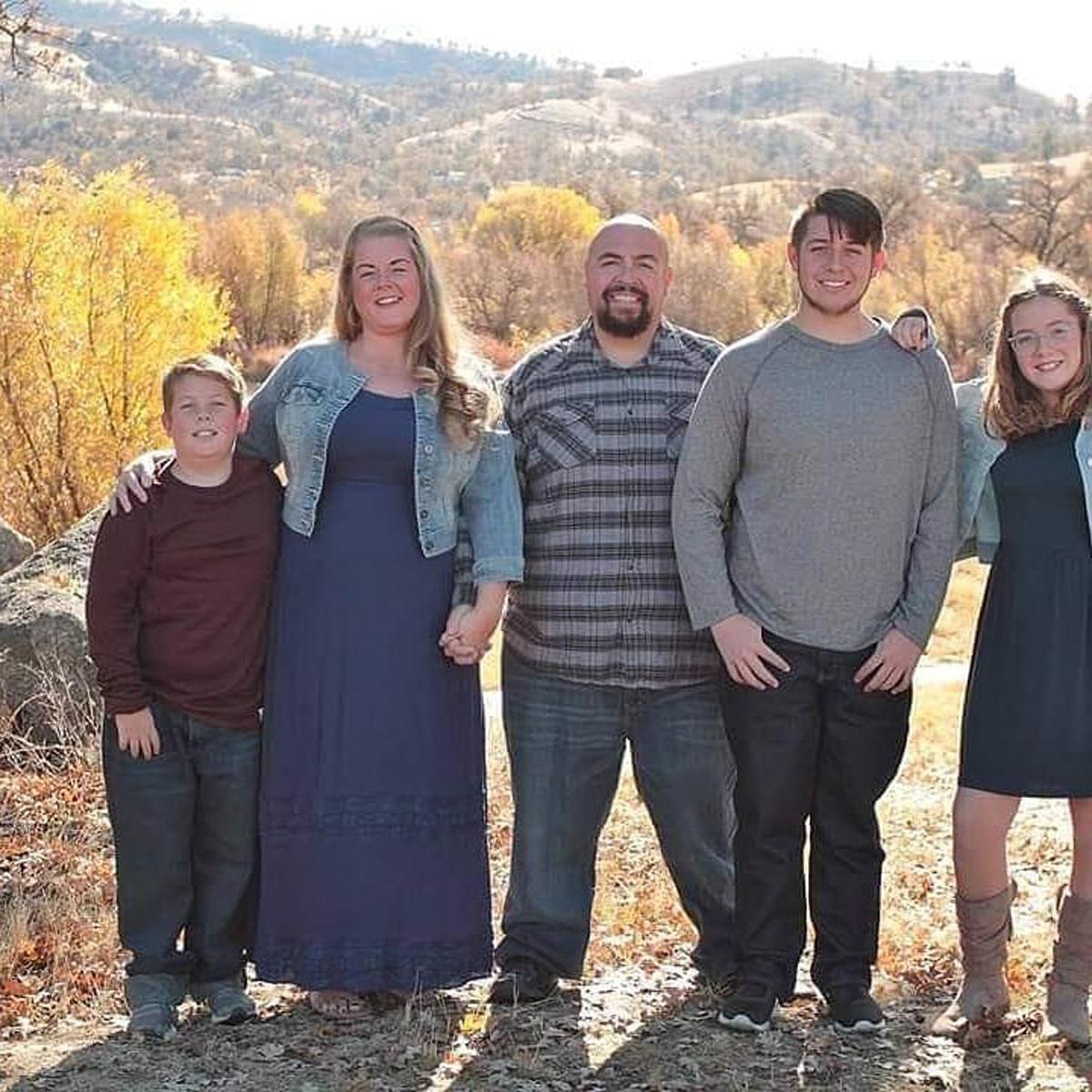 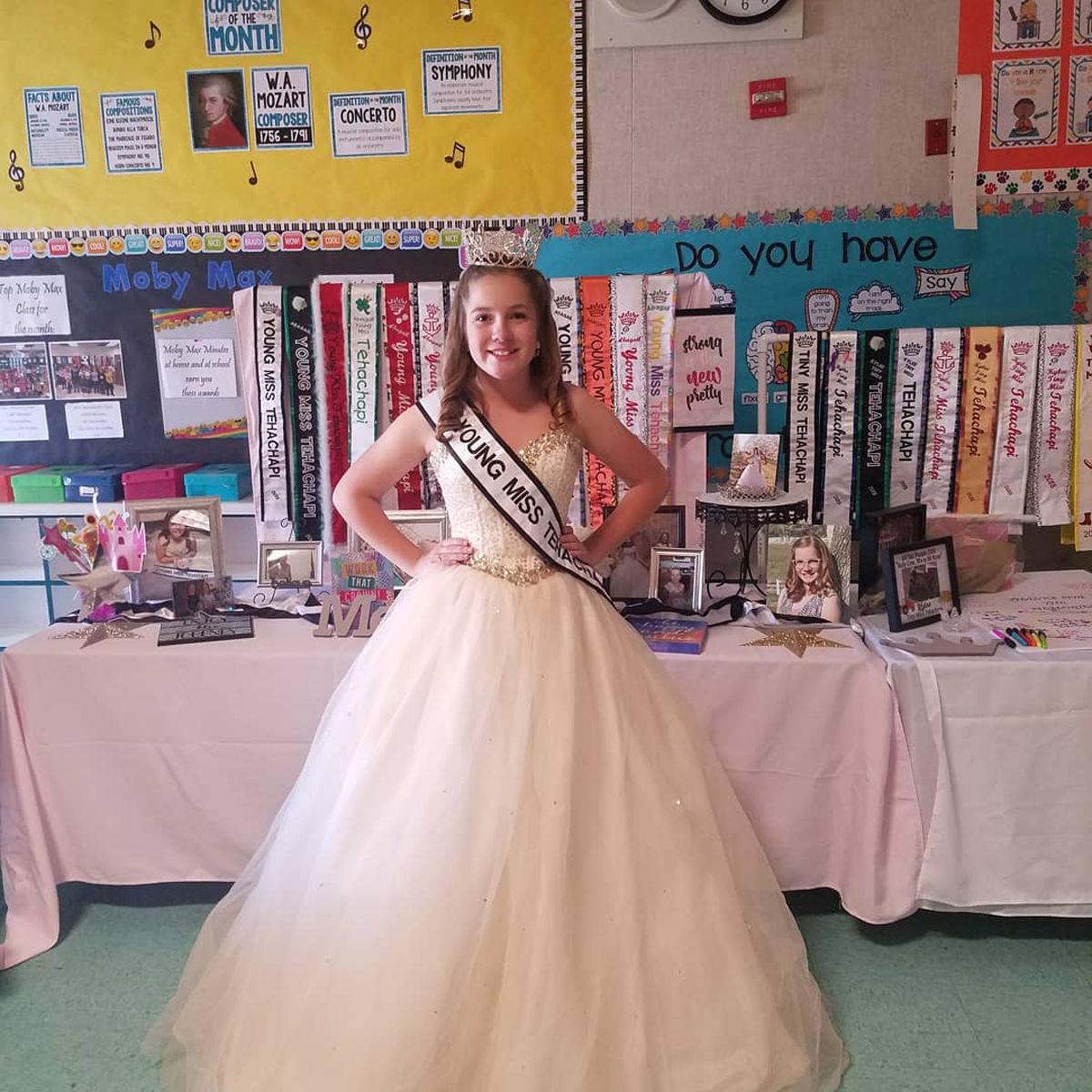 Abagail Tapia after she was crowned Miss Young Tehachapi in 2018. 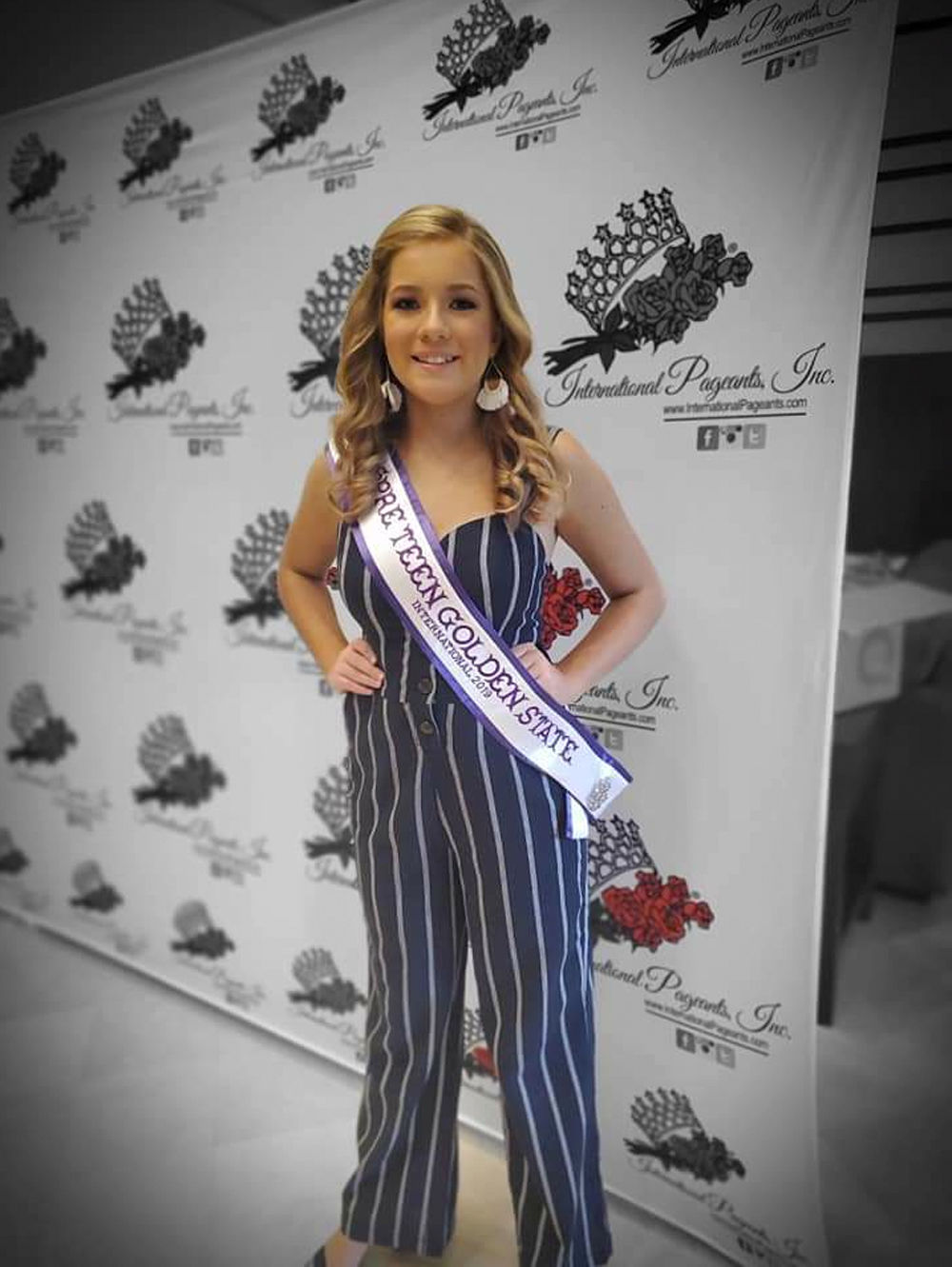 Abagail Tapia after she was crowned Miss Pre Teen Golden State International in 2019.

Abagail Tapia is selling T-shirts for $25 or bracelets for $3 each to raise money for the American Foundation for Suicide Prevention. To order, call her mother, Shea Tapia, at 972-3783.

Abagail Tapia after she was crowned Miss Young Tehachapi in 2018.

Abagail Tapia after she was crowned Miss Pre Teen Golden State International in 2019.

In the short time she has been competing, 12-year-old Abagail Tapia knows all about being a beauty queen.

Tapia, who has been on the local beauty pageant circuit since she was 10, recently captured her third title when she was crowned Pre Teen California International Jan. 10 in Victorville.

Tapia was first crowned Young Miss Tehachapi in 2018. She went on to compete and win her second crown, Miss Pre Teen Golden State International, in 2019 in Brea.

So what's so remarkable about the home schooled pre-teen?

Some may say it's how she is able to transform from a sweet, young Girl Scout, who was recognized for selling an amazing 1,024 boxes of cookies last year, into a stunning young lady with the most beautiful, honey brown eyes.

However, if you peer deeper into this young girl's life, you will find a compassionate heart in her fight to save lives lost to suicide — a personal battle she and her family have experienced firsthand.

"My platform is the American Foundation for Suicide Prevention, and I hold my platform very close to my heart because just last March, I lost my uncle and my cousin to depression and PTSD within just a week of each other," Tapia said. "Even though they had totally different stories, it came out as not a good ending."

Tapia said her uncle was a Navy veteran who attempted suicide a week before he died.

Said Tapia, "My cousin, on the other hand, we didn't see a lot of the signs. He was being bullied at school, and even after he graduated, the pain still carried on with him. So, when we found him, it was very hard that we missed all the signs."

Chris Clodfelter said she is very proud of her granddaughter.

"Abby lost her uncle Drew by suicide on March 2, 2019… When we lost Drew, our dear Abby became our family front runner in the fight against suicide," Clodfelter said. "Abby is an amazing young girl that has a heart to serve her community. Abby is a wonderful role model. Her kindness is contagious! Abby is always looking to serve and help others less fortunate,"

Her grandfather, John Clodfelter, also expressed his pride in the young beauty queen.

"I am really excited that she has just won her new title. She is an awesome competitor and works hard to be able to achieve her goals. I am very proud of her work to help people who are suicidal. It is very important and extremely caring for a young lady to have such a great goal," he said.

Abagail's father, Sam Tapia, said the best thing about his relationship with his daughter is how he is able to talk to her.

"Having an open relationship with my daughter... I've been able to see how compassionate she is in what she is doing and wants to do to change the world. I feel these pageants have opened her eyes and her voice for her platform AFSP. Abagail has a big heart which helps her to help others in the smallest ways to help them smile," said Sam Tapia.

Asked about the hardest thing about competing in a pageant, she surprisingly replied the evening gown walk.

Said Abagail, "You have to walk kind of slow, and the whole time you are staring out in the audience. I like to be more upbeat, that's why I like the interview (portion) so much."

When she is not competing or studying for school, Abagail said she likes to play basketball, cook and paint.

"Art is a good way to express things that words just can't," she said.

"She is very devoted to it, and she is on a mission to change the world… She wants to do something positive, and she wants to make a difference, so I support her 100 percent," said Shea Tapia.

Abagail said she wants to carry her platform into her adult years by becoming a psychologist.

"I want to help people who are going through things like my uncle and cousin did," she said.

Abagail will go on to compete at the Miss Pre Teen International Competition 2020 to be held July 25 in Kingsport, Tenn. The competition will be stiff, as she will go against 35 girls from all over the United States.

Finally, as with all beauty queens that Tehachapi News interviews, Abagail was asked this question: "What is beauty?"

"Beauty really comes from the inside, and it doesn't matter how you look on the outside. What really matters is what kind of a heart you have. Today, a lot of society judges you by your looks, but when you get to know the person more, they become a beautiful person," she said.