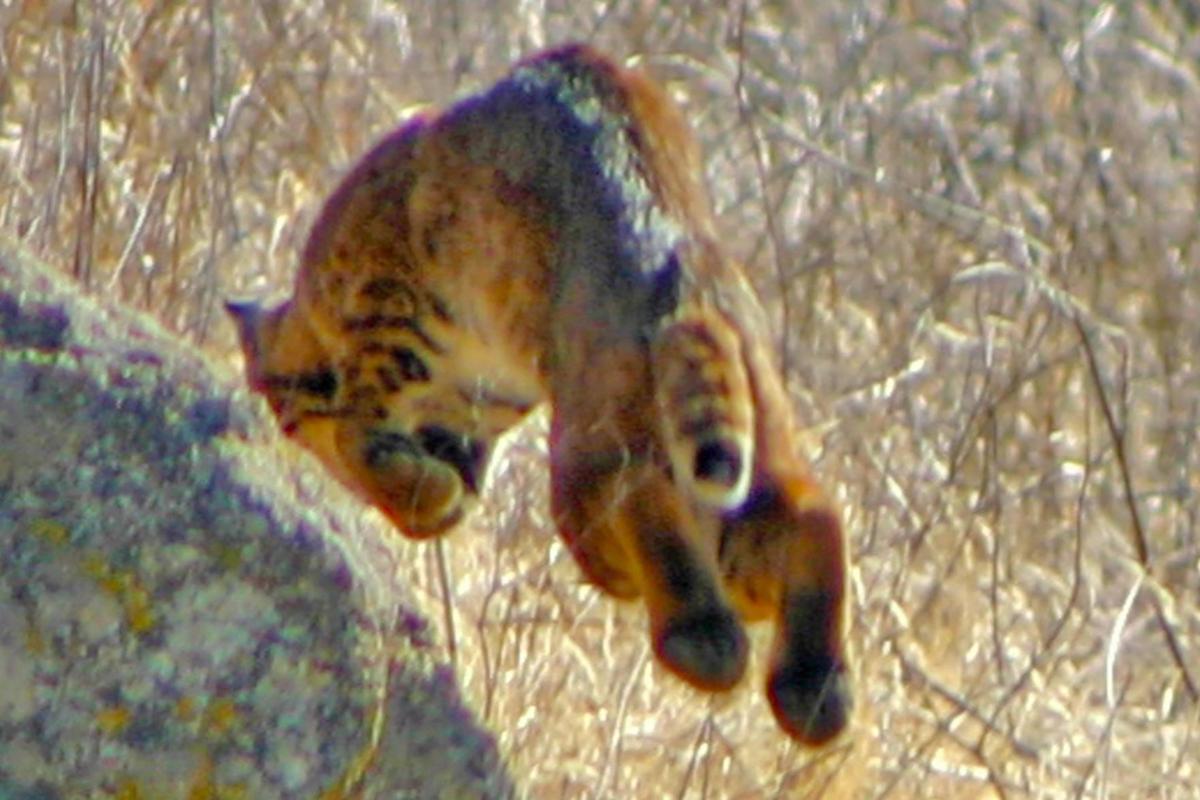 A Bobcat in motion in Stallion Springs. 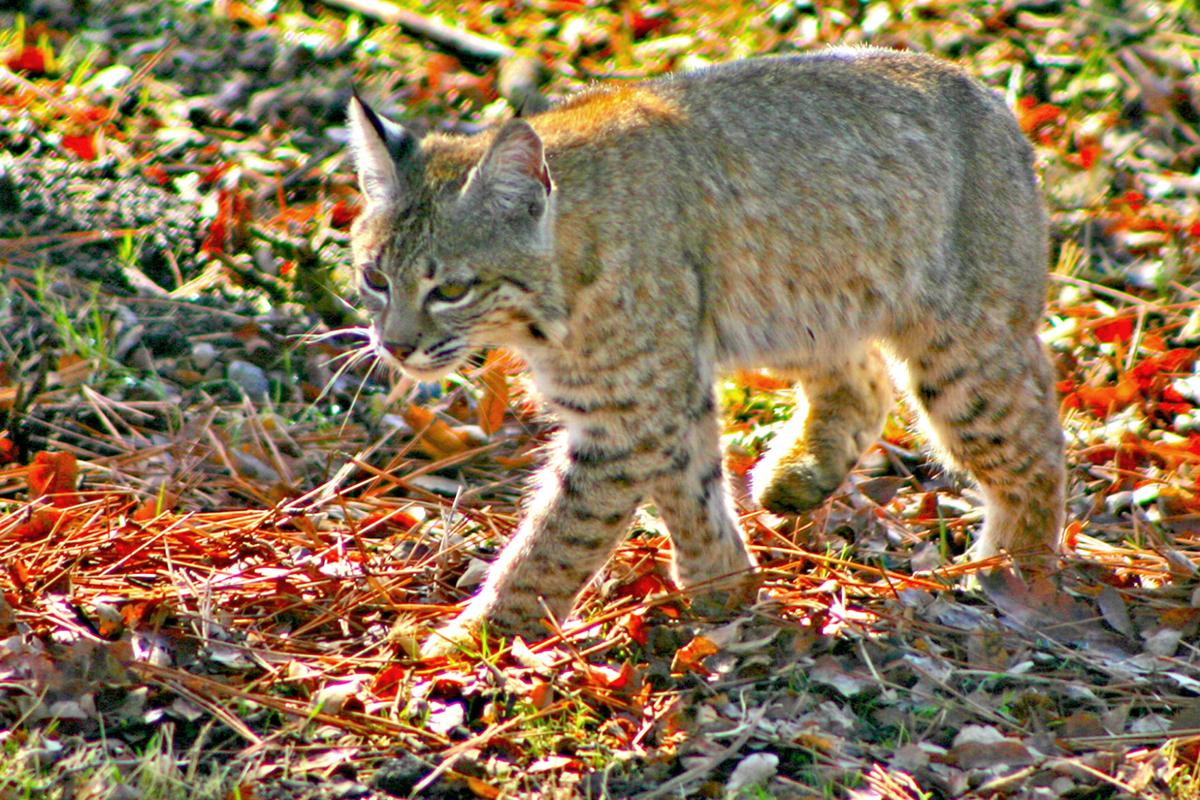 Bobcats basically have to catch some living prey or go hungry.

A Bobcat in motion in Stallion Springs.

Bobcats basically have to catch some living prey or go hungry.

Randy Weinstein took these photos of Bobcats near his home in Stallion Springs.

As strict carnivores, Bobcats (Lynx rufus) are not able to exploit a wide variety of food sources like foxes, coyotes, raccoons and other predators that hunt small animals but can also eat things like berries. Bobcats basically have to catch some living prey or go hungry. So they spend much of their waking hours either hunting or keeping any eye out for prey for future hunts.

The most dedicated hunter, of course, is a Bobcat mother with kittens, for Bobcats are single mothers who raise their young without any help from a male. It is a testament to their skill and prowess as hunters that they are able to feed themselves and as many as four or even five babies. Two or three kittens seems to be more common, at least in our area.

Bobcats are one of the main predators of rodents, so Tehachapi residents with gophers or ground squirrels in their yard no doubt welcome the presence of Bobcats to reduce the population of those two.

Bobcats themselves seem to prefer rabbits over all other prey. Rabbits of course generally cause almost no damage to yards and are much more popular with humans than either the squirrels or gophers. Bobcats will also take mice, voles, jackrabbits, birds, snakes, and even insects. They will also help themselves to domestic poultry when the opportunity arises.