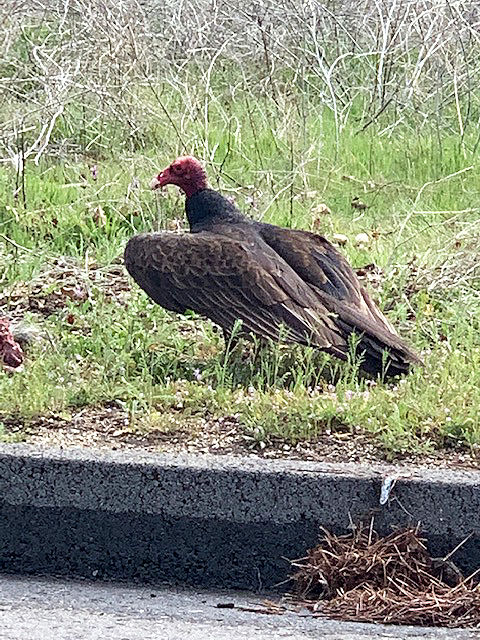 A Turkey Vulture is attracted to the unappetizing remains of a road-killed skunk. 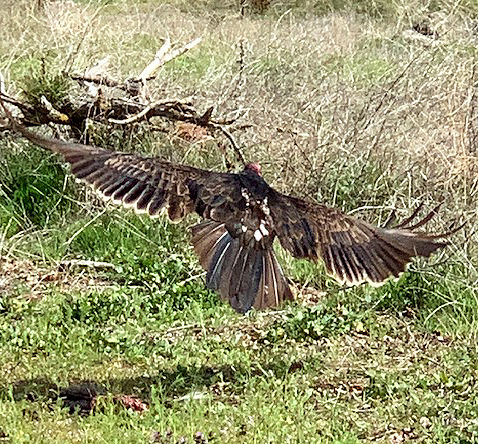 Turkey Vultures actually have a developed sense of smell.

A Turkey Vulture is attracted to the unappetizing remains of a road-killed skunk.

Turkey Vultures actually have a developed sense of smell.

Christine Smith took these photos in Stallion Springs of a Turkey Vulture that had been attracted to the unappetizing remains of a road-killed skunk.

Unlike most birds, Turkey Vultures actually have a developed sense of smell, which they use to help them discover carrion by detecting the odor of putrefaction. You can see clear through a Turkey Vulture's nostrils, since they don't have a septum separating them, which allows more air to flow through to help the birds pick up smells.

These open or "pervious nostrils" are a characteristic of New World vultures, which includes California and Andean Condors, as well as Turkey, King and Black Vultures, and Greater and Lesser Yellow-headed Vultures.

Although both vultures and condors are big dark birds, condors are about half again as big as vultures, and California Condors have yellowish orange heads, while Turkey Vultures have bright red heads.

Though the aspect of both vultures and condors in flight is usually that of a "big black bird," they are dark but aren't actually black, as these photos clearly reveal. A vulture's big primary flight feathers, like those of condors, are actually dark brown with light edges, like a surfer whose hair had been lightened by exposure to sun and sea.

While Turkey Vultures migrate south through Tehachapi Pass en masse each autumn, they appear to trickle back north in the spring, individually or in small groups of three to five birds.