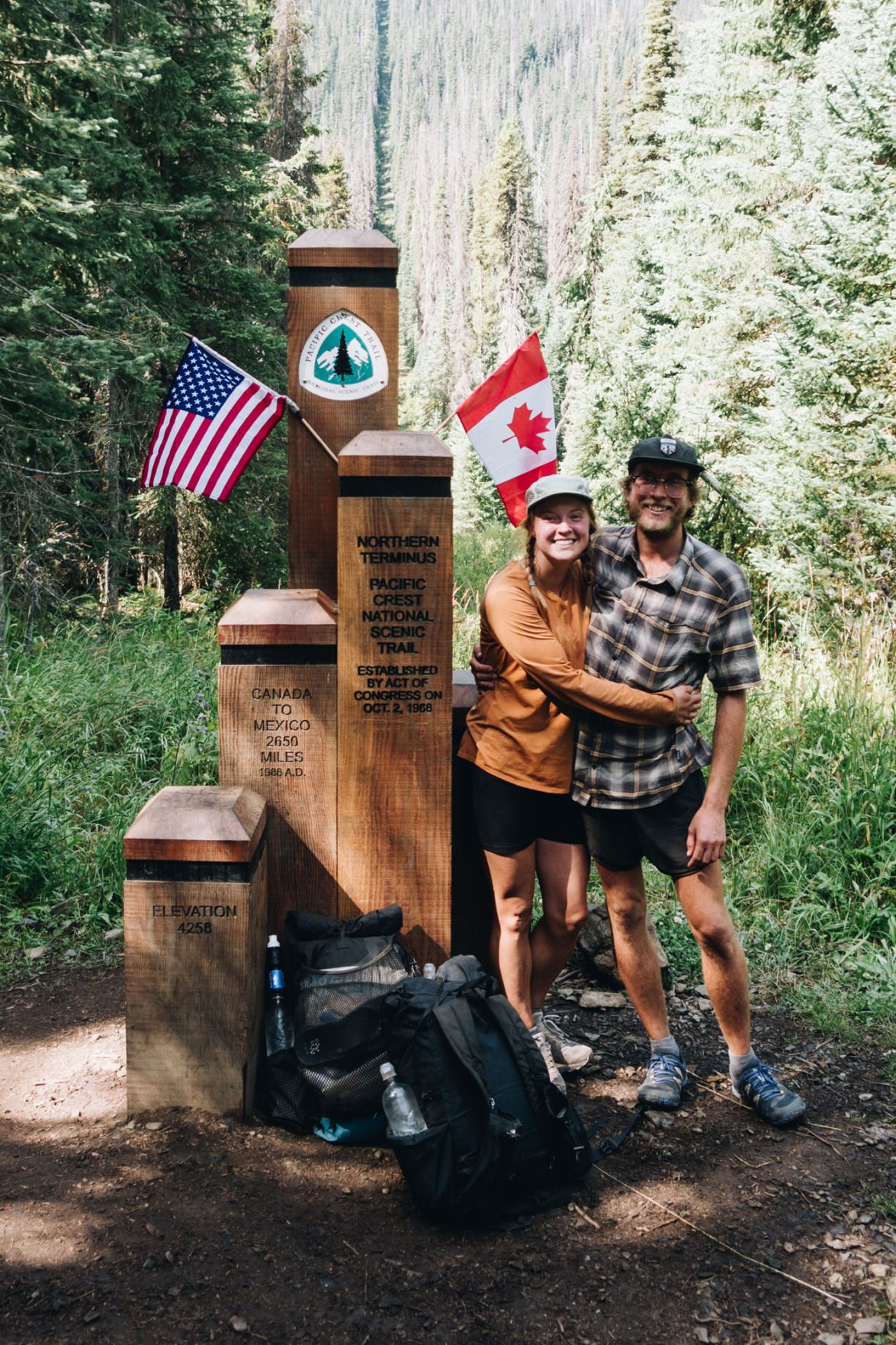 Amanda Johnson and Dylan Thompson at the north terminus of the PCT at the Canadian/US border. 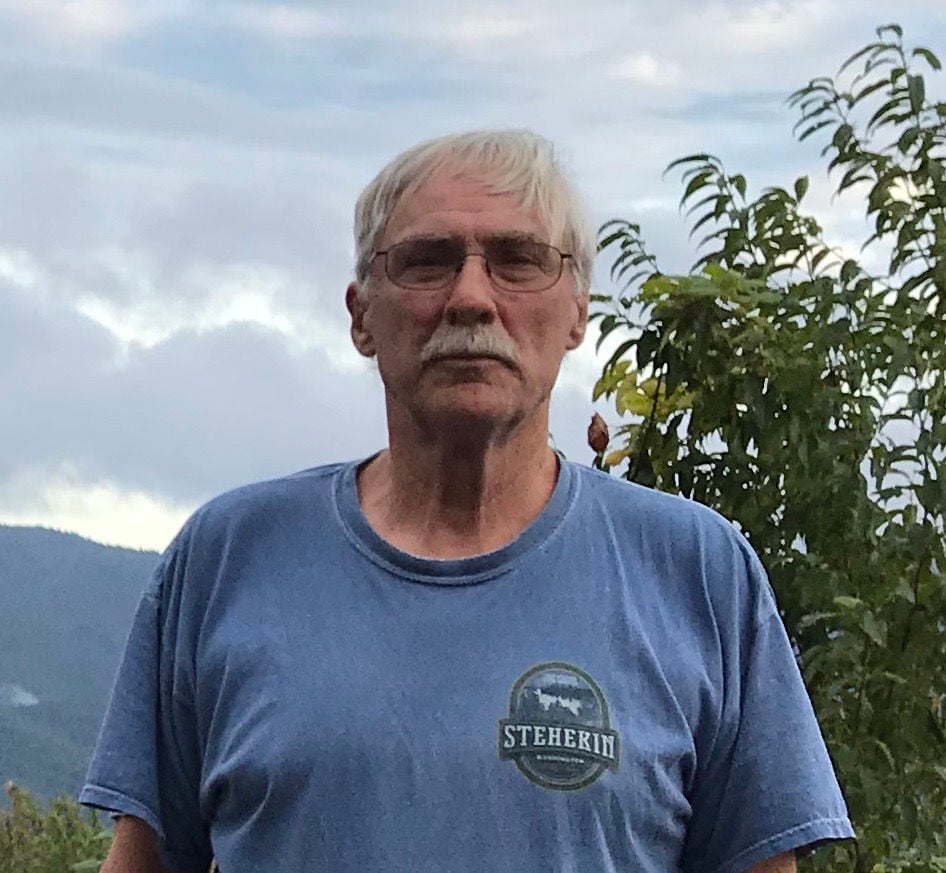 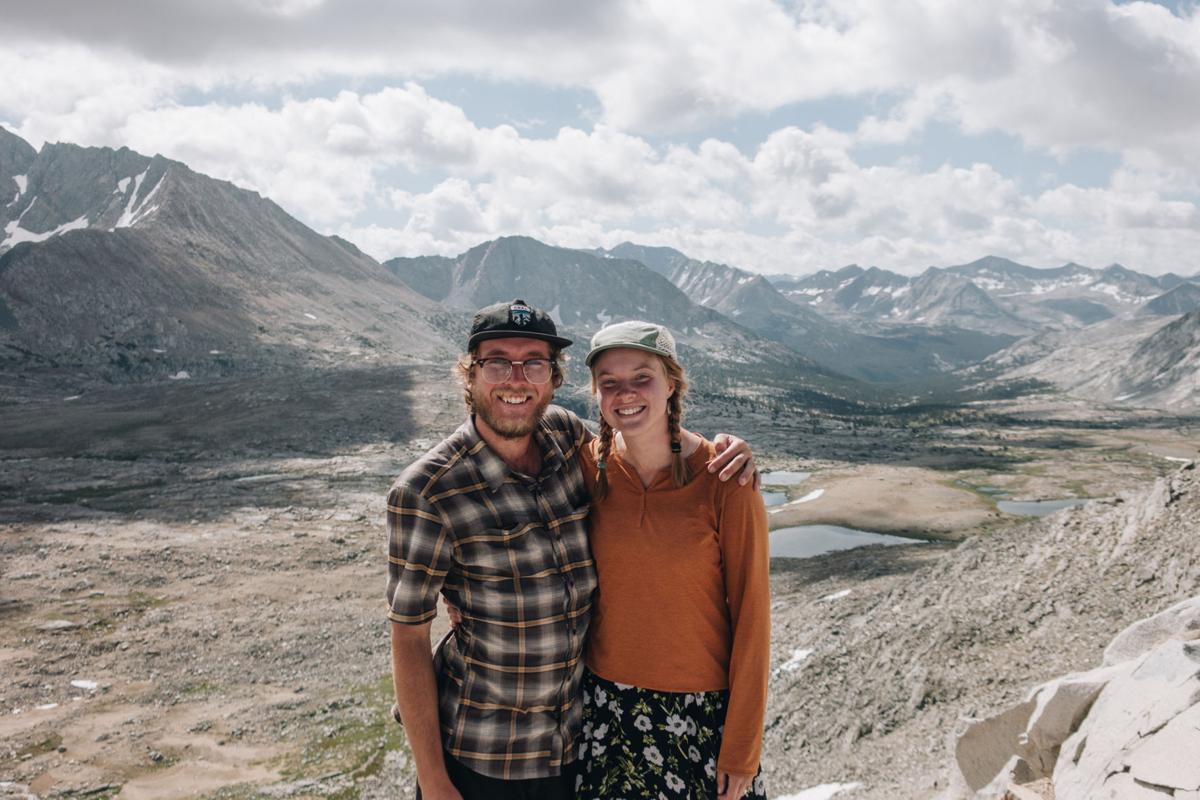 Dylan Thompson and Amanda Johnson at Mather Pass, which is where the PCT first enters Yosemite National Park when one hikes from south to north on the trail.

Amanda Johnson and Dylan Thompson at the north terminus of the PCT at the Canadian/US border.

Dylan Thompson and Amanda Johnson at Mather Pass, which is where the PCT first enters Yosemite National Park when one hikes from south to north on the trail.

But, just as when you surprise someone with one of these cakes, being a PCT Trail Angel often gets you a whole lot of appreciation from the hikers you are helping. This is the Angel Food Cake part of this volunteer effort, and this is just one of the reasons why the Tehachapi Trail Angel Group was formed in 1996 by George and Anne Marie Novinger.

Here is an example from last year:

Thank for your generous hospitality while we were hiking through Tehachapi back in June — without Trail Angels like you, it would be much harder to hike the trail. Thanks to your advice, we ended up flipping past the snow in the Sierras and came back to finish them in September. It was AMAZING! We finished the entire trail at Sierra City on September 24. Thanks again for your kindness on our journey!

Trail Angels provide rides, information and sometimes lodging to travelers hiking the 2,650-mile PCT that starts on the Mexican border in San Diego County and ends on the Canadian border at Manning Provincial Park, in British Columbia.

It is the primary purpose of volunteers with the Tehachapi Trail Angel Group to assist these PCT hikers. Angels giving rides may encounter a single individual or a group (usually four or less). Angels giving rides need to be aware that they may be transporting not only the hiker, but his or her backpack.

The PCT follows the pacific crest through the states of California, Oregon and Washington. It also passes approximately 10 miles east of downtown Tehachapi. The PCT attracts hikers from all over the world.

My wife and I have been Angels for years and have encountered individuals from many countries including: Japan, Australia, South Africa, Israel, Brazil, Canada, France, Germany, Austria, Italy, Sweden, Netherlands and the United States. These hikers fall into two major categories: “Through Hikers” (who attempt to hike the entire PCT in one calendar year) and “Section Hikers” (many of whom are attempting to hike the entire PCT over two or more years).

The majority of PCT hikers start their hike in April at the Mexican border near the small community of Campo in San Diego County. These PCT hikers mostly come into the Tehachapi area beginning in the middle of April and extending through the middle of June.

Hikers on the PCT range in age from over 70 to pre-teens. Most of these individuals, however, are young adults. PCT hikers often refer to themselves as “Hiker Trash” as they can often be wearing several days of trail dirt before they clean up in trail towns like Tehachapi. PCT hikers can further be recognized by their strange attire, their hiking poles and their backpacks.

So why would you want to assist these homeless looking vagabonds? Tehachapi Angels have found these hikers to be some of the most interesting and appreciative of “pilgrims” you could ever meet. Coming from all over, they almost always have a fascinating story. Tehachapi is one of the few towns of any size within a short distance of the trail, and it has developed a very positive reputation among these international travelers. Angels and PCT hikers jointly contribute to Tehachapi’s economy and its notoriety as a desirable place to live, work, and take advantage of overnight lodging opportunities.

If you are interested in being associated with Tehachapi’s Original Trail Angel Group, contact Georgette at 822-4371, Chris at 549-0043, or Kathi at 855-4101. Your first name and contact phone number would be placed on a list of Angels posted at trail heads, businesses and other locations in town. If you are not available to help a hiker/caller, the PCT hiker is instructed to call another Angel on the contact list.

Join us and other Angels and get some of that Angel Food Cake!

Christopher Rush, a.k.a. Bucksnort, is a PCT Trail Angel.