Hundreds of F4U Corsairs like this one spent time at MCAS Mojave during World War II. 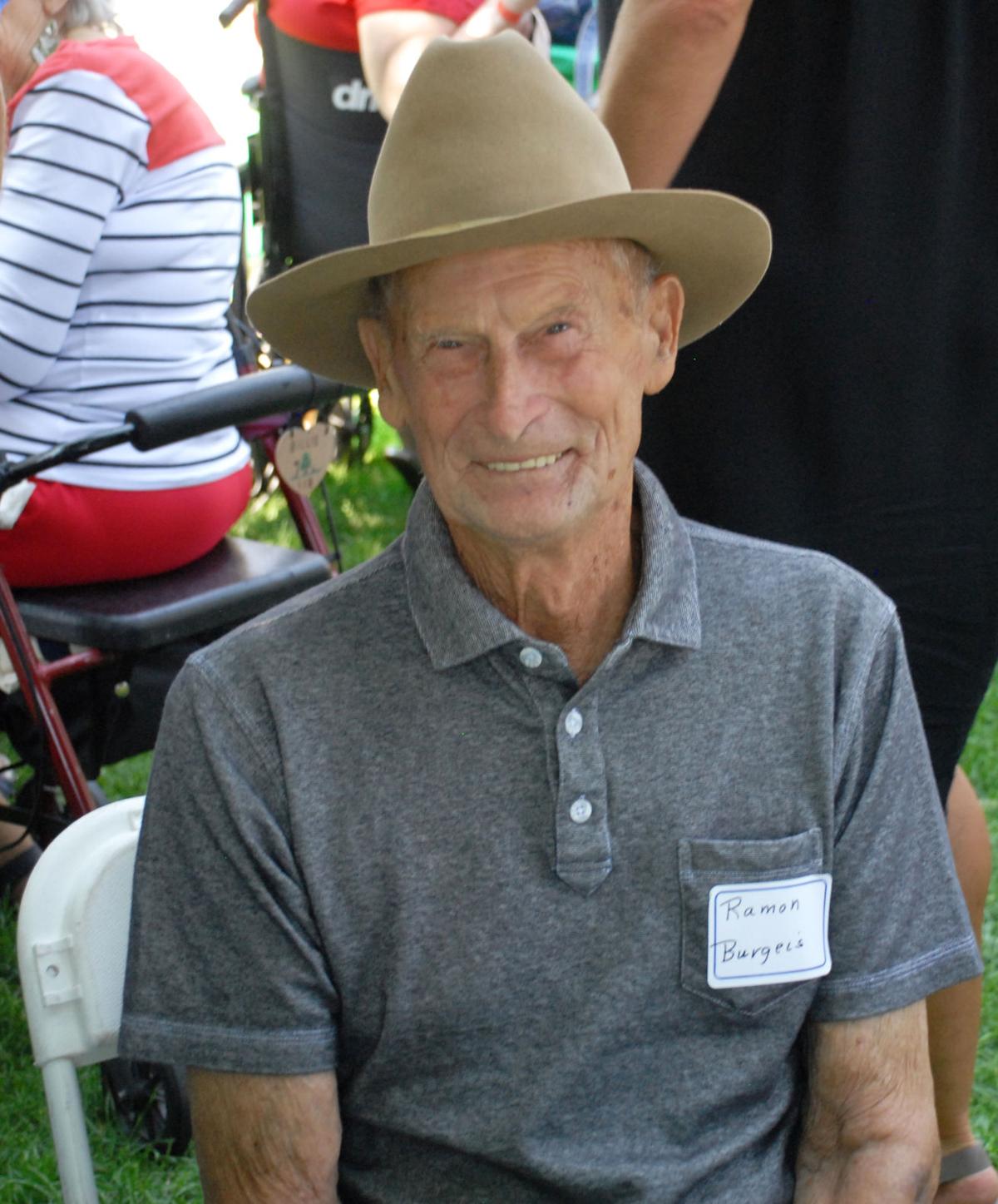 Ramon Burgeis is a lifelong Tehachapi resident who worked as a ranch and farm hand, cowboy, welder and repairman during his long working life. 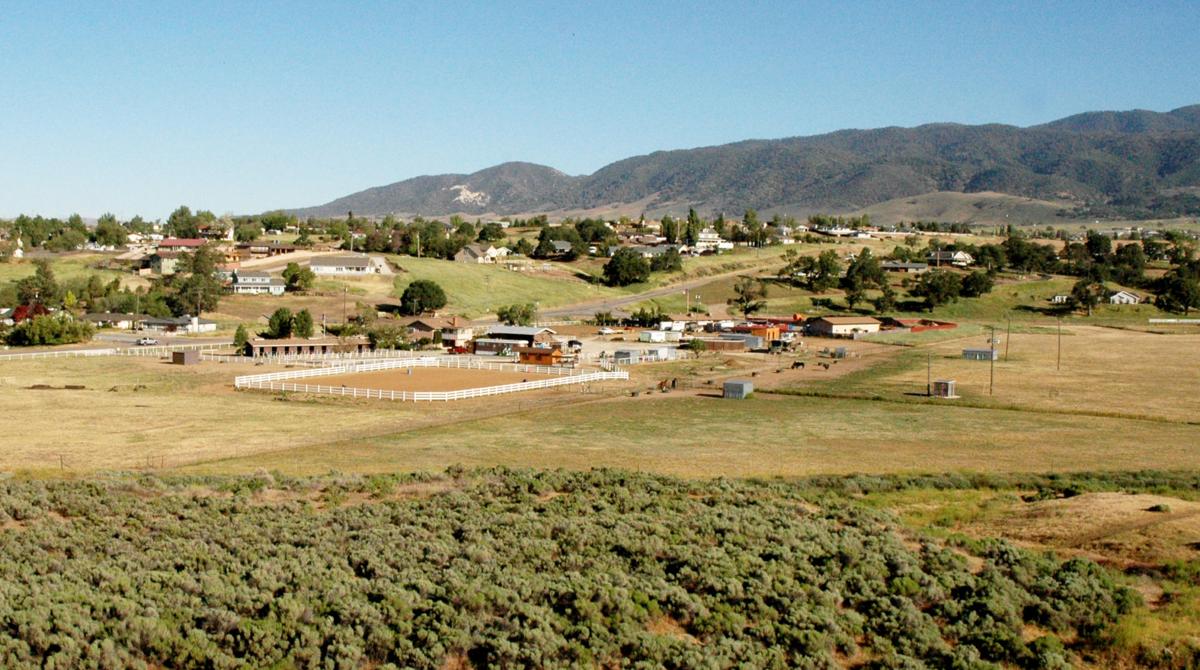 Golden Hills looking southeast. The Corsairs were forced down by fog, and landed in a meadow just to the left of the view from this photo. 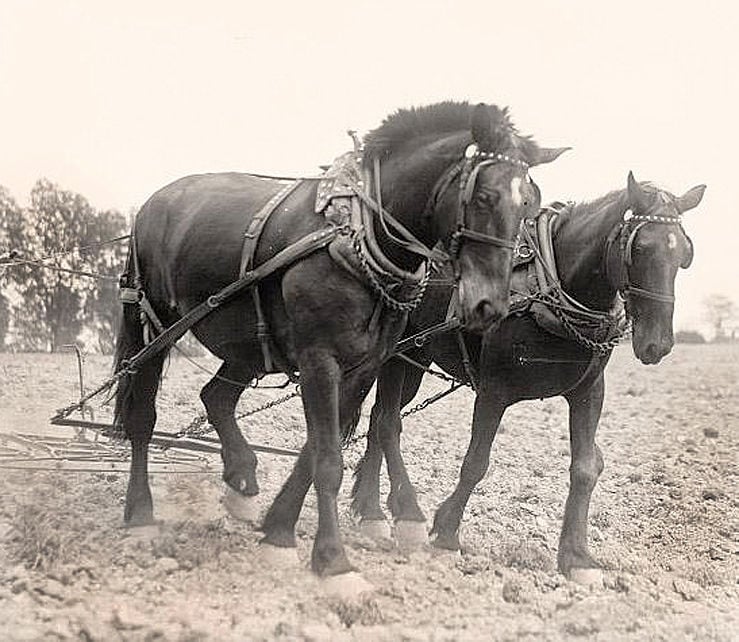 It took three different two-hitch teams like this one to pull the airplanes out of the mud.

Hundreds of F4U Corsairs like this one spent time at MCAS Mojave during World War II.

Ramon Burgeis is a lifelong Tehachapi resident who worked as a ranch and farm hand, cowboy, welder and repairman during his long working life.

Golden Hills looking southeast. The Corsairs were forced down by fog, and landed in a meadow just to the left of the view from this photo.

It took three different two-hitch teams like this one to pull the airplanes out of the mud.

As we live through these unusual and unprecedented times, I thought I would share a strange incident that happened in the Tehachapi Mountains during an earlier time of global disruption and anxiety.

The year is 1944 and World War II is still being fiercely fought around the world. A number of young Tehachapi men are serving in different branches of the military. Just 20 miles to the east, down on the desert floor, the Marine Corps Air Station Mojave has suddenly appeared like a desert mirage in the space of just a few months.

With two runways and 90 buildings, including housing for up to 2,700 men and 370 women, MCAS Mojave has more than three times the population of the hamlet of Mojave, which was listed in the 1940 census as having just 761 residents.

Among the planes in service at the Mojave base are a large number of Vought F4U Corsairs. These iconic aircraft are fighter-bombers, designed primarily to be used on aircraft carriers. They feature the largest aircraft engine available at the time, which is a powerful 2,000 hp, 18 cylinder Pratt and Whitney radial motor.

The Corsairs are superlative flyers, and are the type of plane being flown by Marine Lt. Col. Gregory "Pappy" Boyington, who commands the famous Black Sheep Squadron in the South Pacific. Col. Boyington is credited with shooting down more than 20 enemy aircraft while flying F4Us.

The skies over Mojave and the surrounding area experience near daily flights of military aircraft, as the young Marine pilots hone their skills before heading to war. The Corsair engines are big, loud and fast — the F4U is the first single-engine US fighter to surpass 400 miles per hour.

Mojave was chosen as the site of a Marine Corps Air Station because it was remote, and because the skies are generally clear. Fog and low clouds are an uncommon occurrence. The Tehachapi Mountains, on the other hand, are a different story.

One day in 1944, three Corsairs in group formation are rumbling in the sky over the Tehachapi Valley. There are low descending clouds, and the pilots keep flying lower to get under the fog, but they get so low that they have to land or risk crashing into a hillside in the dense fog.

With no runway at hand, the young Marines have to land in an open meadow on the Cuddeback Ranch — in what later became known as the Golden Hills area. The site of the landing was on what would one day be the Golden Hills golf course, by Westwood Drive today. The ground here is marshy and wet. None of the pilots are injured and the planes are undamaged, but the wheels of the three Corsairs sink into the mud, and they are stuck fast as fog envelopes them.

One person who knows that meadow well is Ramon Burgeis, himself a young veteran who is home from the war. "You couldn't even pull them out with a tractor — we used to mow the hay in that meadow with a team of horses, and it was so wet back in those days that a tractor would get stuck. I worked for the owner of the ranch, Alzada Cuddeback, who lived there with her mother. My grandfather, Luc Boutin, and I both worked for the Cuddebacks, doing ranch work, fixing fence, things like that," Ramon told me.

The next day after the Corsairs land, Ramon and some helpers go out to get them unstuck. "We had three teams of work horses, a total of six horses, and we hitched all of them on to each plane, and slowly dragged them one at a time back onto dry ground," Ramon explains. Marine Corps aviation personnel from Mojave put JATO (Jet Assisted Take Off) boosters on the planes so that they can gain enough altitude in the very short distance available, and the pilots take off from the Cuddeback meadow in clearer skies and fly back to Mojave.

Yep, that really happened. World War II fighter planes force-landed in a Tehachapi cattle pasture, and had to be pulled out by teams of draft horses. Ramon Burgeis was there, and he's still here, at 92 years old.

The MCAS Mojave was a busy, bustling place during its lifespan from 1943 to 1946. Charles Lindbergh himself flew in and landed there in an F4U on April 15, 1944. Many thousands of flights took off from the base, in the sleek Corsairs and other aircraft. More than a dozen MCAS Mojave Marines were killed in air crashes during those years, and many more of those training pilots never returned home after they were posted in the South Pacific.

World War II was a time of tremendous upheaval and hardship, but Americans worked together and supported each other. They made sacrifices and thought of their fellow citizens. In these much more comfortable, prosperous times, we can certainly take the steps necessary to prevent this pandemic from overwhelming our healthcare systems.