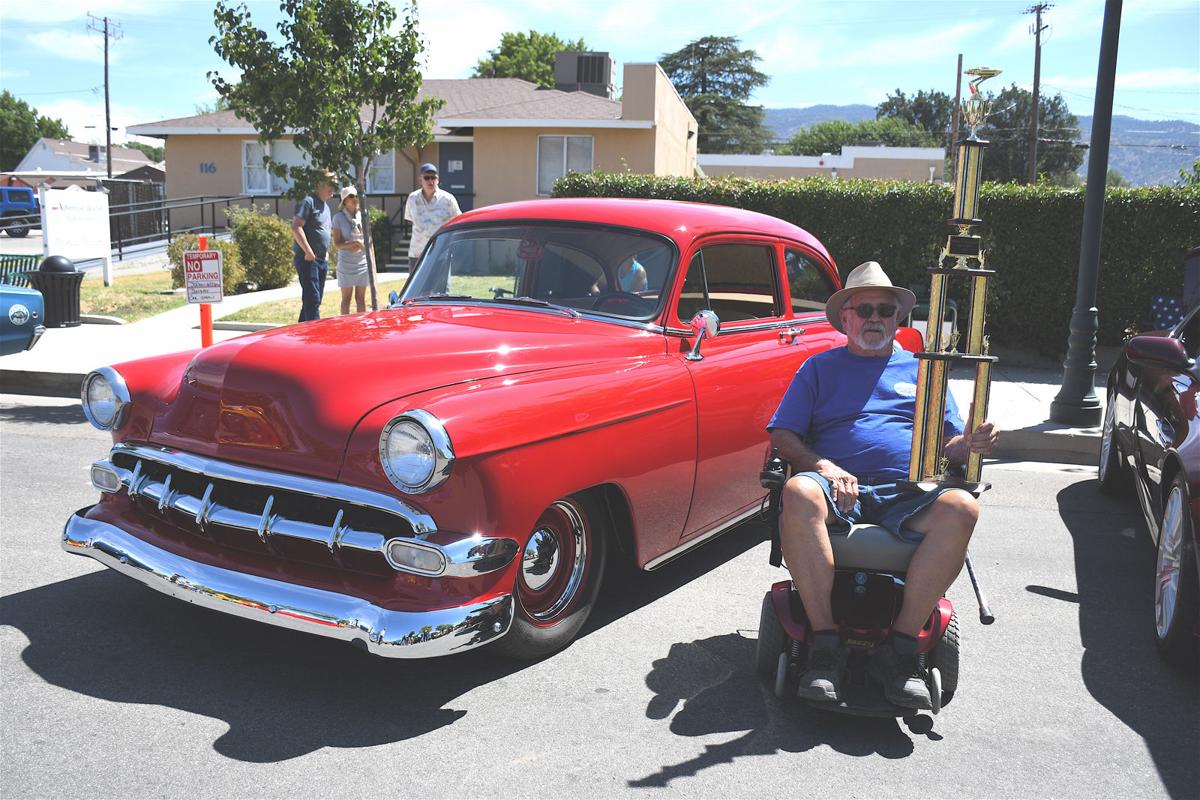 Best of Show in the car/truck category went to Stanley Enns of Shafter for his 1954 Chevy 150 sedan. 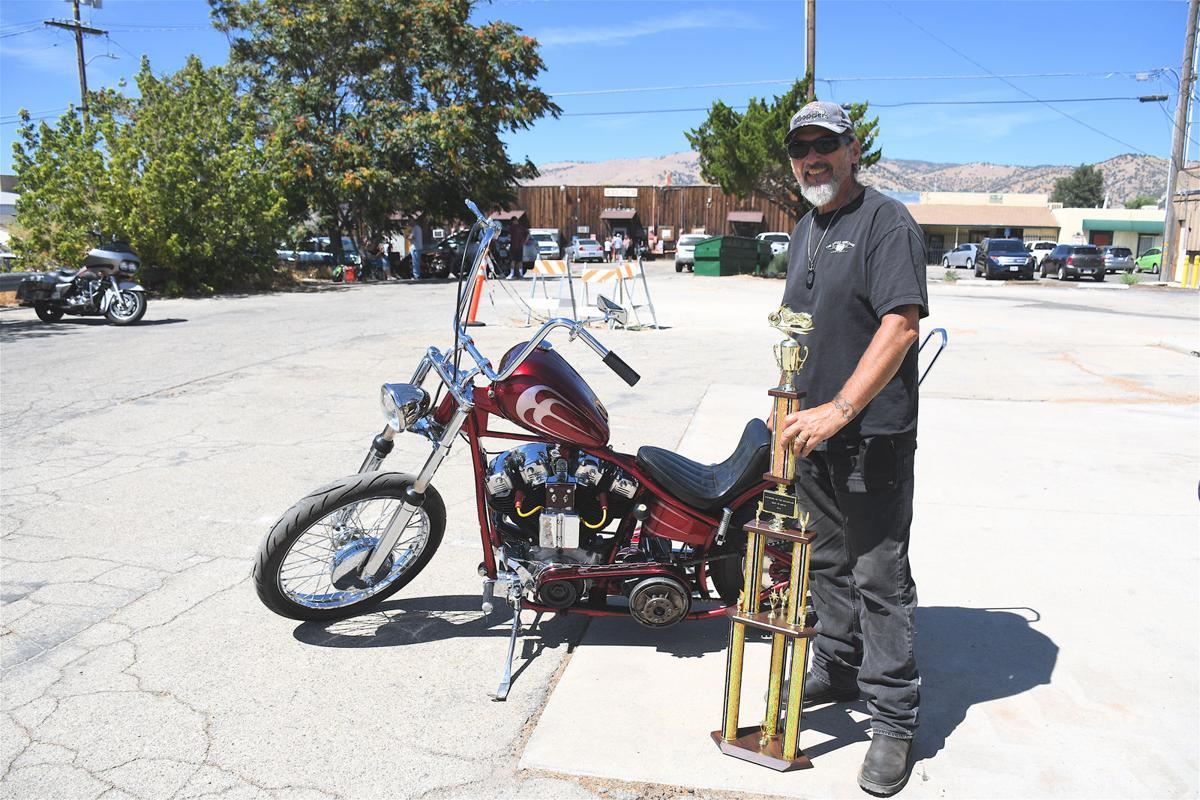 In the motorcycle category is Tee Bone of Tehachapi with his custom bike.

Best of Show in the car/truck category went to Stanley Enns of Shafter for his 1954 Chevy 150 sedan.

In the motorcycle category is Tee Bone of Tehachapi with his custom bike.

For the past 22 years, the Thunder on the Mountain Car, Truck and Motorcycle Show has filled the streets of downtown Tehachapi on the final day of the Mountain Festival.

Stepping up to the plate this year as the new chairman of the show was Mike McHenry, who took over the reins after the majority of the committee stepped down after the 21-year mark.

"Considering the fact that the car show was dead, it was an uphill battle all year to get anybody to realize that there was actually a car show still going," said McHenry. "But we still had over 300 entries, so that's a victory for me."

However, if Thunder on the Mountain is to continue its legacy, McHenry said he will need more volunteers to step up to help put on the much-anticipated show.

"It's a community thing, and I did it without community, with the exception of a few," said McHenry. "We need bodies. We had great sponsors, but there is a lot of physicality that goes along with this show."

Due to a smaller turnout in foot traffic, McHenry said this year's show did not see the numbers raised in previous years.

Said McHenry, "There are definitely some kinks to iron out because basically it was a whole new crew — a skeleton crew, too."

The new chairman said he was pleased with the number of cars that showed up, and the fact that a lot of things went pretty smoothly, all things considering.

"The kid's table was phenomenal," said McHenry. "I had my fiancee run it. We had all these neat little prizes that I picked up from Darlene's (Real Swell Toys) and from other places to give to the kids. It was a family thing ...  and everybody loved that."

According to Tom Youngblood of Youngblood Customs, patrons of the car show were treated to a wide variety of vehicles on display.

Youngblood said he was particularly happy to have 12 of his restored vehicles represented in the show, of which six placed.

"It was great to see and it was good for business," said Youngblood. "All the customers were thrilled that their cars are winning, and we are thrilled because we take pride in our work."