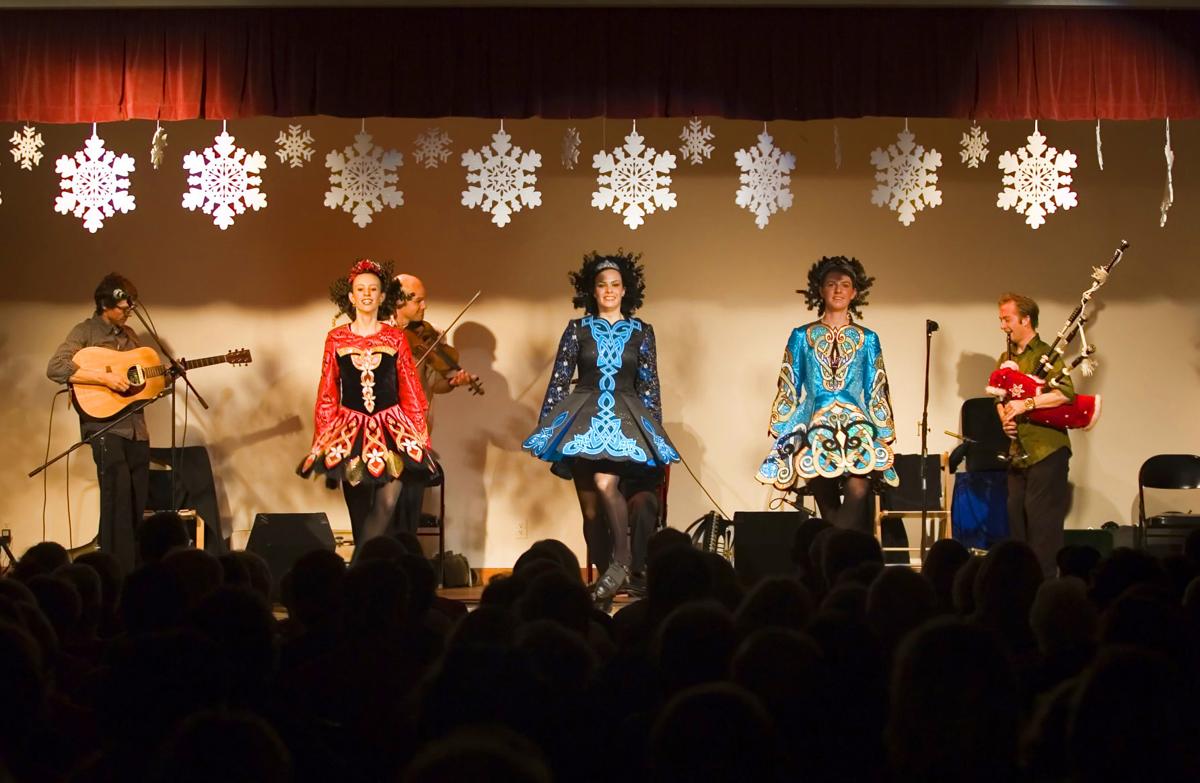 Dancers from the Lyons Academy of Irish Dance are part of the Winterdance celebration. 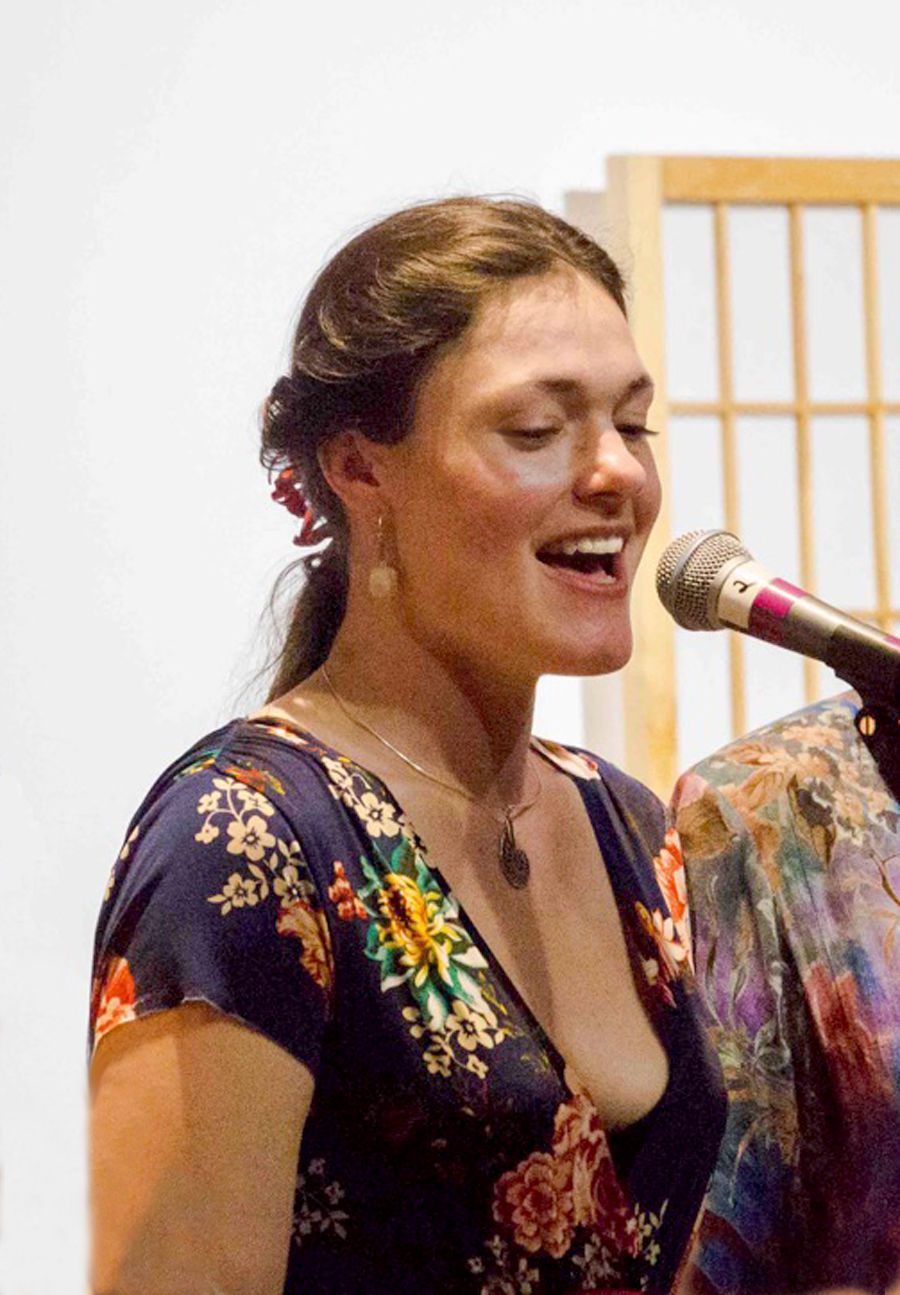 Dancers from the Lyons Academy of Irish Dance are part of the Winterdance celebration.

“Winterdance,” a Celtic Christmas celebration, will return to Tehachapi for two performances in the BeeKay Theatre on Sunday, Dec. 22. The concert, put on by Fiddlers Crossing, is now in its sixth year. As in past years, two performances will be presented, at 2 p.m. and 7 p.m.

The core of the concert is the traditional Celtic trio Molly’s Revenge. This year they will be joined by vocalist Amelia Hogan, along with dancers from the Lyons Academy of Irish Dance, in an evening of music, song and dance associated with the festive season. The performance will include Christmas songs both old and new, all played with a Celtic twist, as well as selections from the band's holiday album.

Molly's Revenge is a dynamic, acoustic Celtic band complete with bagpipes, whistle, fiddle, guitar, mandola and bodhran, to guarantee a rousing afternoon for all fans of Scottish and Irish music. They have performed at many of the top folk festivals and performing arts events in the USA, as well as at prestigious events in Scotland, Australia and China.

The band is comprised of a trio of Californians in love with Celtic music. David Brewer plays whistle and four types of bagpipes. He studied in Scotland under the tutelage of some of the best pipers in the world. His unique style of playing has earned him a reputation as one of the most accomplished pipers on the West Coast.

John Weed is a classically trained violinist who switched to playing Irish fiddle about 15 years ago. He has lived in Ireland, teaching workshops in Irish fiddle — to the Irish! He studied with master fiddlers in County Donegal and hones his skills there annually.

Stuart Mason has been collecting and performing traditional music for more than 30 years. He has appeared on stage from Ireland to China performing Celtic, old-time, bluegrass, and his own compositions, which have won awards from the West Coast Songwriters Association. He also leads workshops and classes in traditional music techniques at music festivals and camps. Mason and Weed previously played Fiddlers Crossing with Kenny Blackwell as old-time trio Little Black Train.

Amelia Hogan is a traditional Celtic singer with a lilting grace and a subtle power that transports the listener to another time and place. Prepare to be enchanted.

If you’ve ever seen Winterdance, you will certainly want to revisit this fantastic Celtic Christmas celebration. After all, nothing says “Christmas” like bagpipes, fiddles, guitars, bodhrans, whistles, singers and Irish dancers!

This show has become very popular over the years and it sells out quickly, even without promotion by the venue. As of this writing, all online tickets for the 2 p.m. show are already sold as well as at Lucky’s Barbershop. They are still available at Tehachapi Treasure Trove and Tehachapi Furniture in Old Town. Tickets for the 7 p.m. show are still readily available at all outlets, including the Fiddlers Crossing website. If you want to see this show, get your tickets ASAP!

The BeeKay Theatre is at 110 S. Green St., in Downtown Tehachapi. Tickets may be purchased online at fiddlerscrossing.com, at Fiddlers Crossing during Wednesday Open Mic Nights, as well as at Tehachapi Treasure Trove, Tehachapi Furniture in Old Town, and Lucky’s Barbershop. To reserve tickets or pay by phone, call 661-823-9994 and leave your name and the number of tickets requested. Tickets to the concert are $25 for adults and $15 for students. The concert times are 2 p.m. and 7 p.m. Doors open one-half hour ahead.

On the horizon: Out of The Blue, The Special Consensus, Beppe Gambetta.