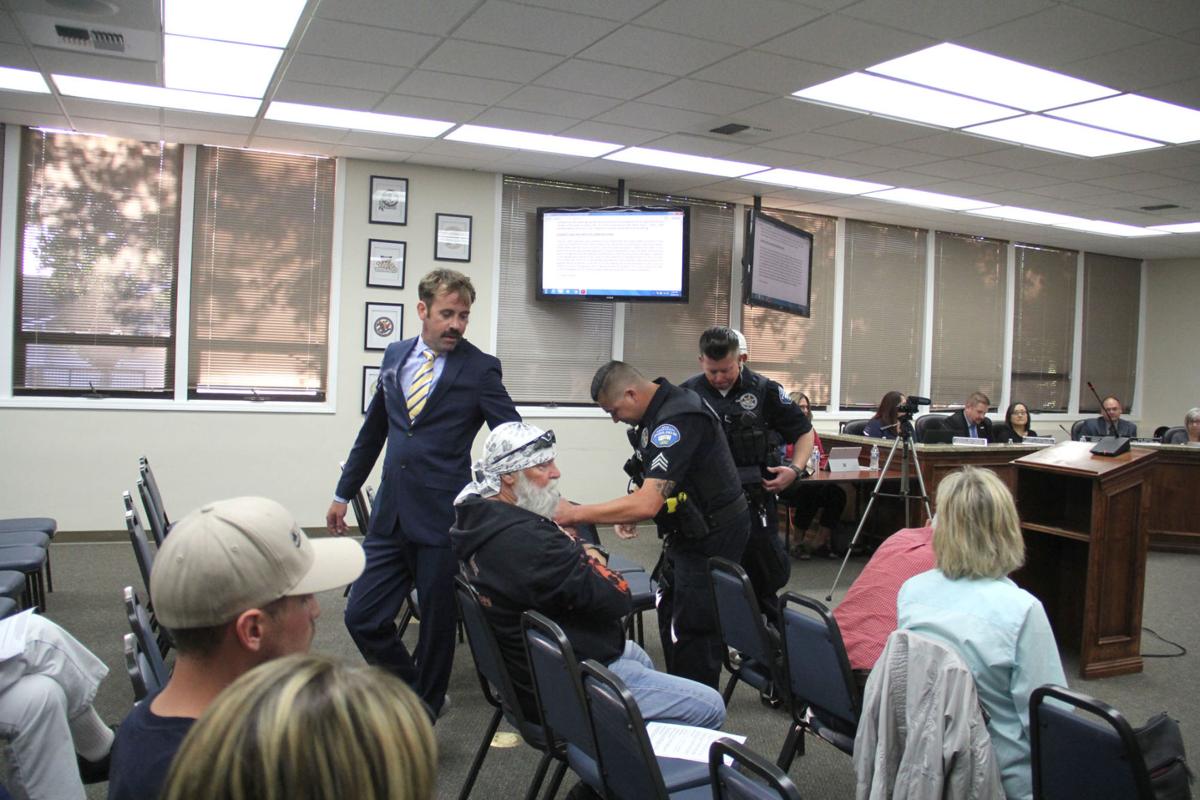 James Clinton Davies, wearing the blue suit, is arrested for the second time in three months at a September Tehachapi City Council meeting. 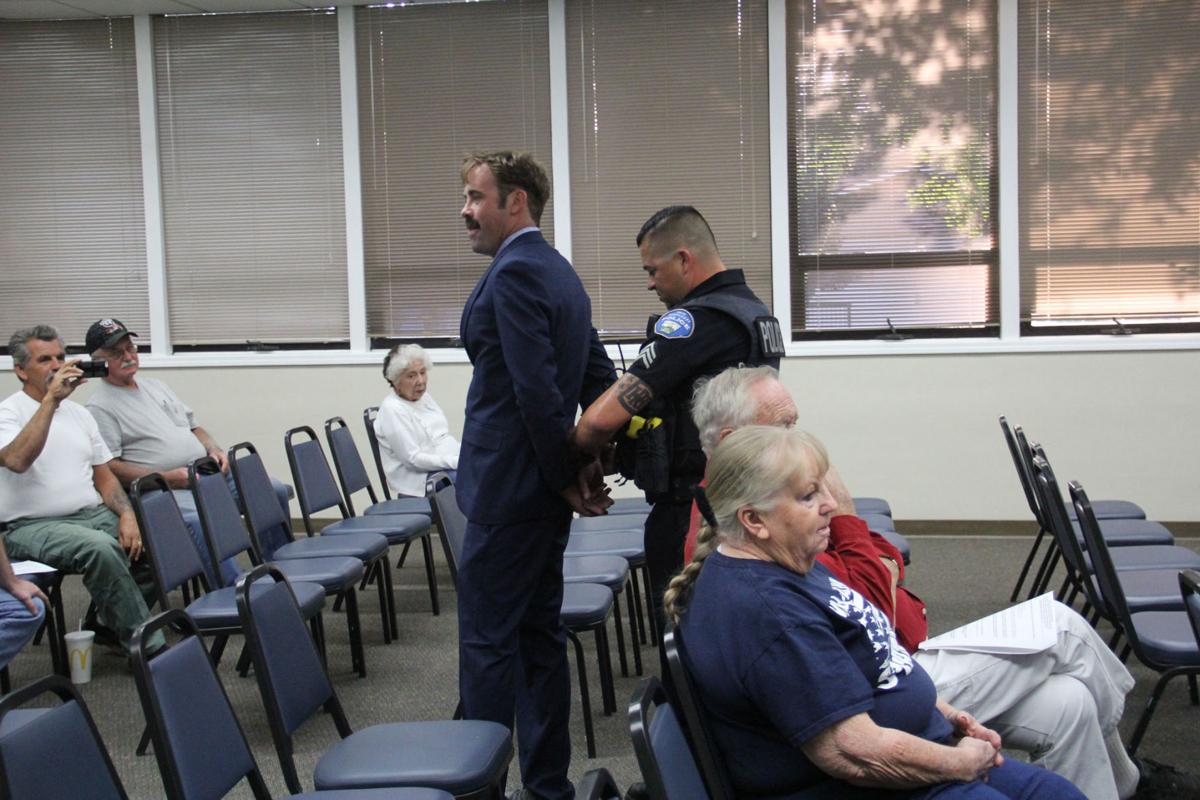 James Clinton Davies, wearing the blue suit, is arrested for the second time in three months at a September Tehachapi City Council meeting.

Davies said that while hiking, he had injured himself and he was trying to seek help from motorists when he was attacked and kicked in the face. He told the council the attacker has not been arrested. Davies went on to say that the attacker was "a sworn police officer” but "not a member of this (Tehachapi Police) department."

Davies said, “He kicked me in the face and on this police report you will see it says I have minor injuries, but if you go to the next couple pages, you’ll see the surgery that I had ... I had to have my face reconstructed. I had to have two metal plates put in and wires to put my jaw back together.”

As Davies talked about that issue, he was stopped.

“My spouse did not intentionally contact you on Facebook and my spouse is certainly not a subject matter before this council, so I’ll stop you right there,” Kroeger said. “And as far as the incident goes that occurred, that you are trying to portray that you are the victim, as a matter of fact the district attorney has reviewed that case and has issued a warrant for your arrest. So when you are done with your three minutes, you can see one of the officers at the back of the room and we can address that warrant.”

Davies went on to address the matter and Kroeger directed two officers in the back to come to the podium and arrest Davies and remove him from the room.

While Kroeger said he had not yet reviewed the reasons for the warrant that he said was issued Monday, the Kern County Superior Court website said Davies on Sept. 11 was charged with five misdemeanors: vandalism of more than $400 but less than $5,000; assault on a person; possessing or using a tear gas weapon; throwing a substance at a vehicle; and battery on a person.