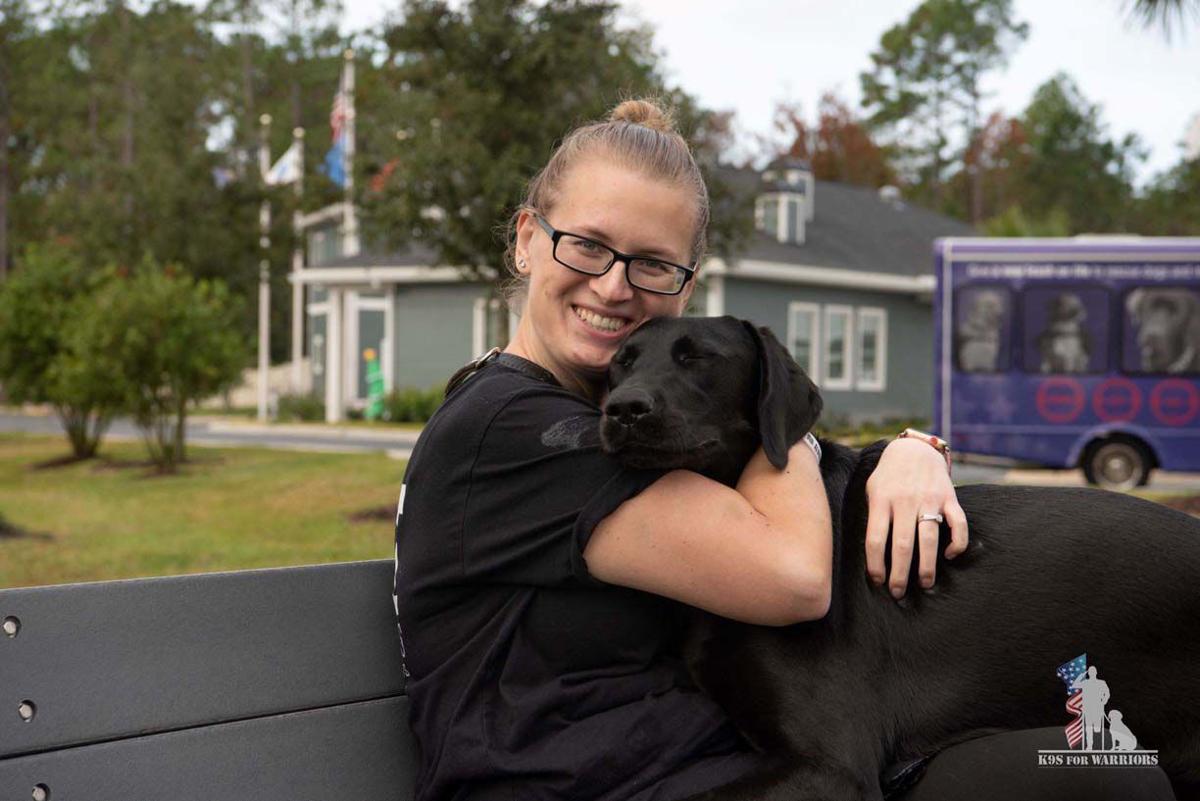 In the few short months since they were paired together by K9s for Warriors, Amy Feng and her service dog, Kelly, have formed a close bond. 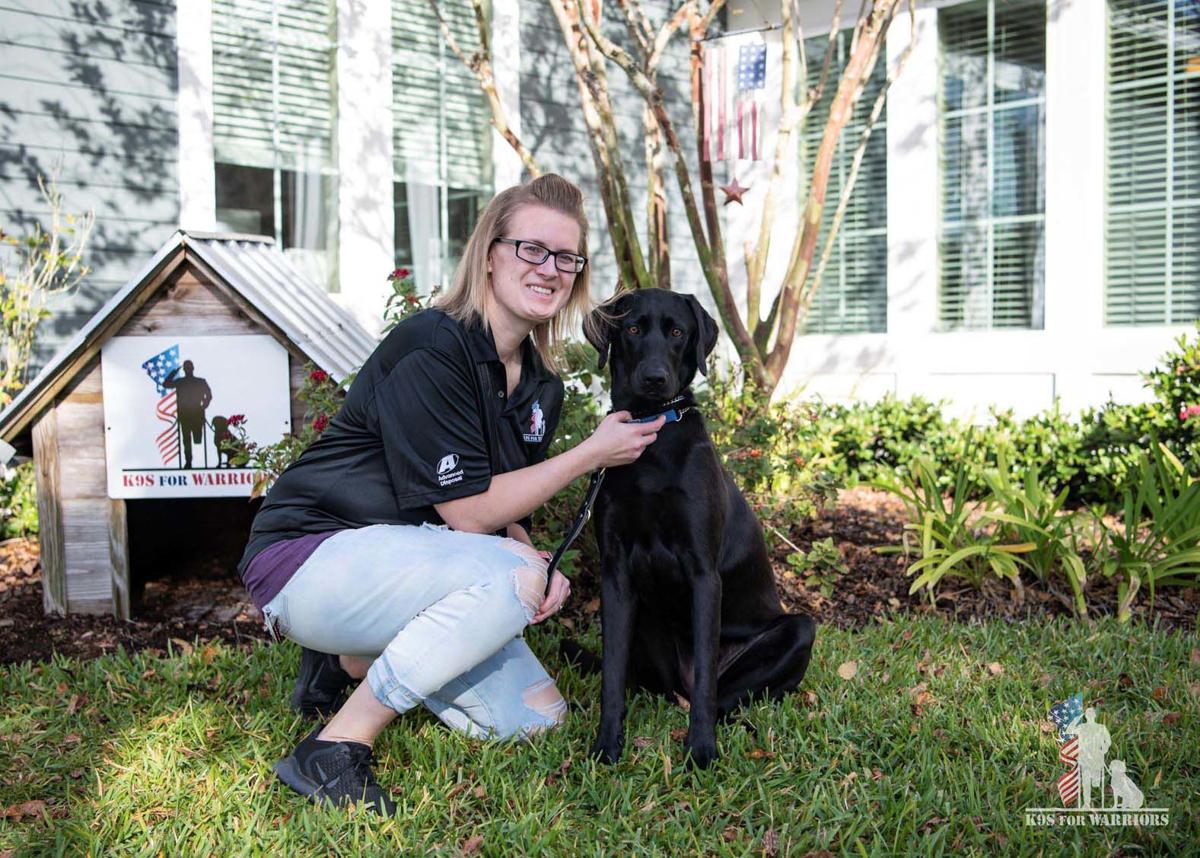 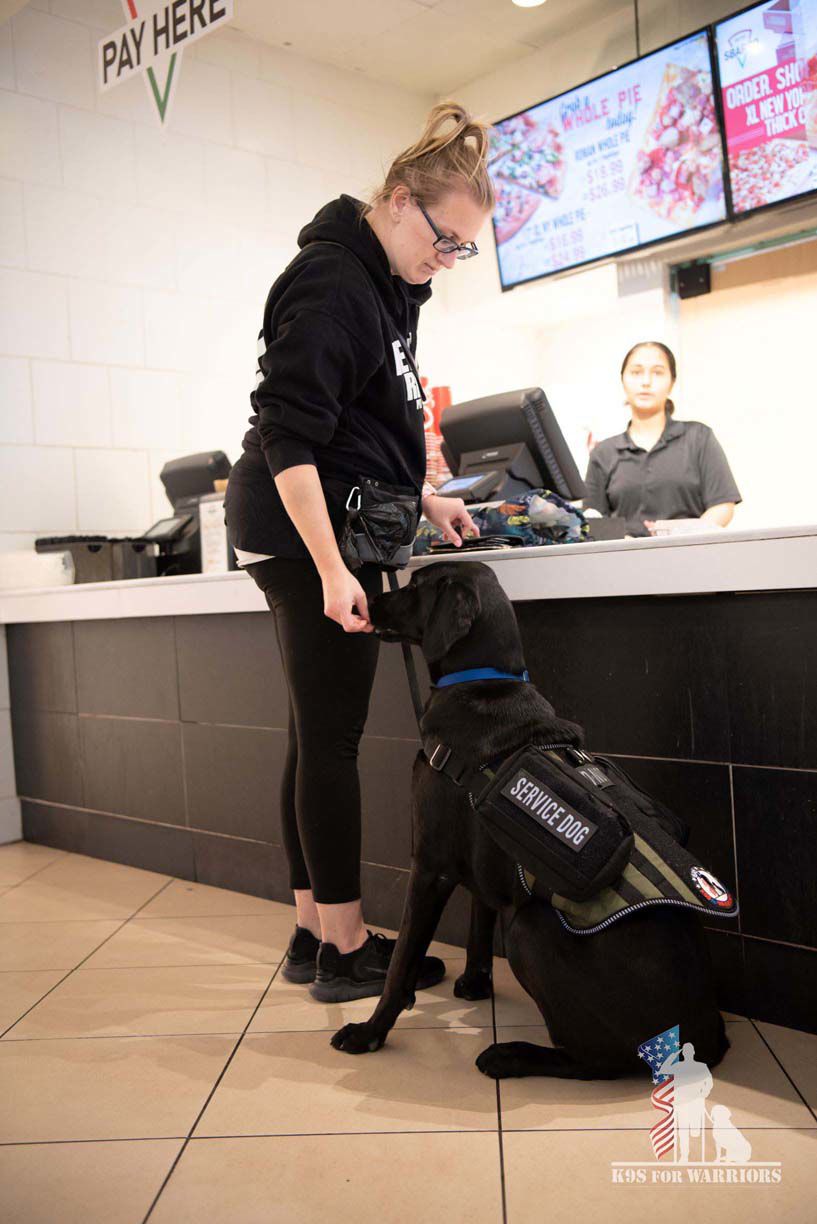 Amy Feng feeds her service animal, Kelly, treats to encourage her to obey in public. 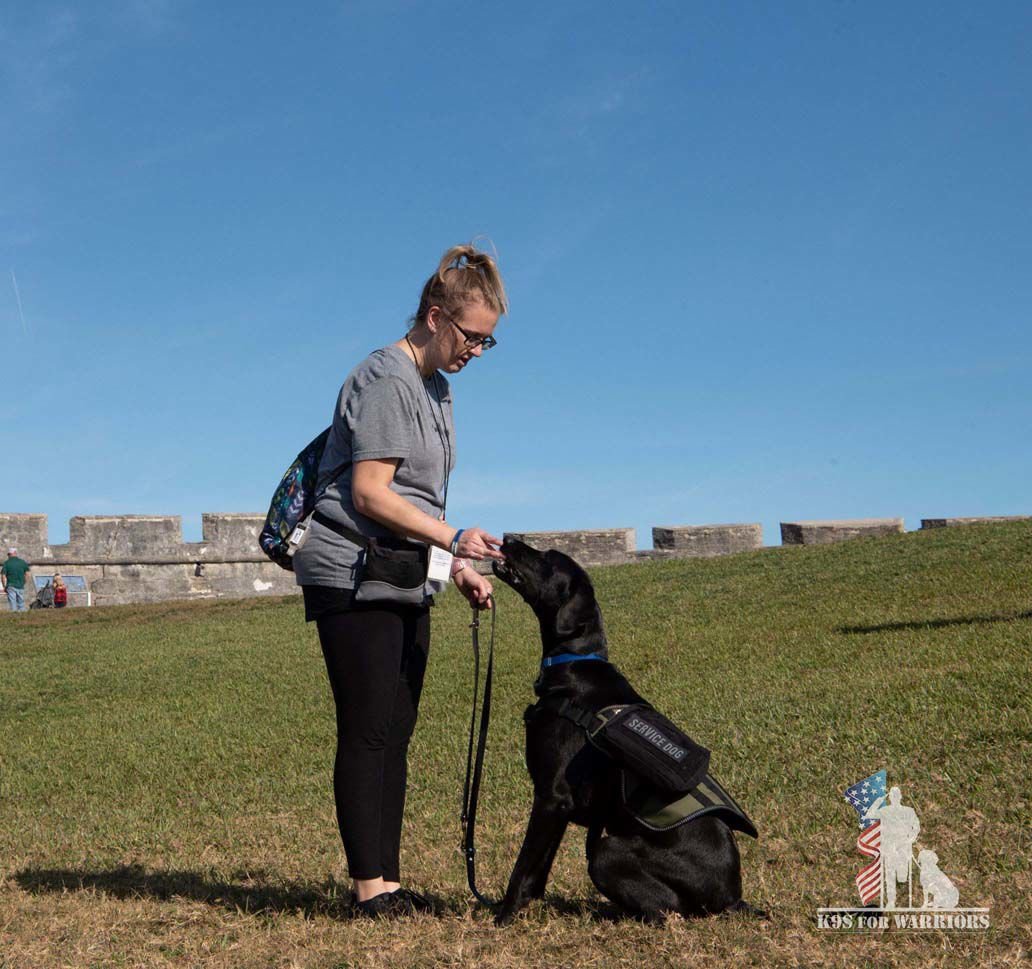 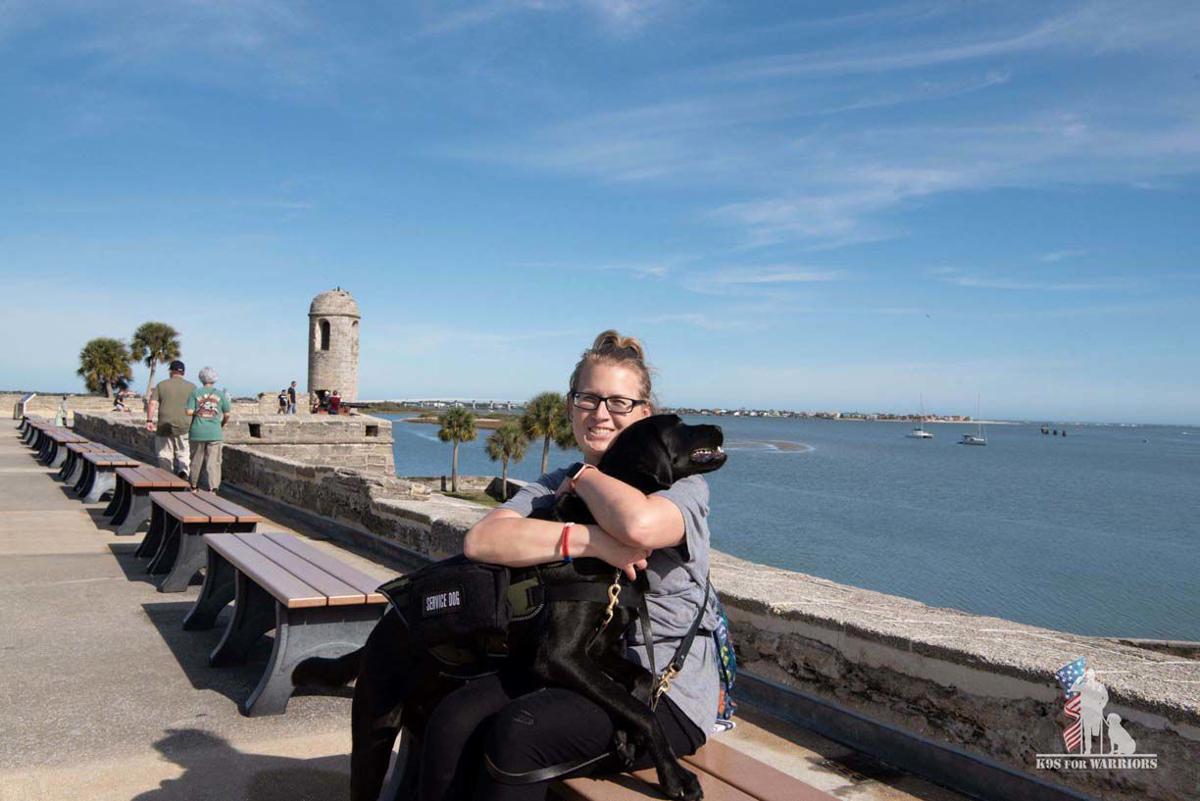 Amy Feng said she felt an instant bond after she was introduced to her service animal, Kelly.

In the few short months since they were paired together by K9s for Warriors, Amy Feng and her service dog, Kelly, have formed a close bond.

Amy Feng feeds her service animal, Kelly, treats to encourage her to obey in public.

Amy Feng said she felt an instant bond after she was introduced to her service animal, Kelly.

A Tehachapi Navy veteran, Amy Feng, is adjusting to a new life after she returned home from Florida-based K9s For Warriors with her new service dog, Kelly. Feng, who suffers from post-traumatic stress disorder, was paired with the frisky, black Labrador last November.

“Struggling with PTSD, I have been dependent on my husband for any situation involving large crowds or going out at night. Having Kelly will offer me a sense of independence,” said Feng.

Feng served four years in the Navy, and was an E5 operation specialist when she was discharged.

But it was the events that took place a month before her 21st birthday that would forever change her life.

She and another servicewoman went out drinking. Later that evening, she was sexually assaulted by four servicemen, she said.

"Through my assault in the military, I developed PTSD," Feng said.

K9s For Warriors operates from two facilities in North Florida that perform the work of procuring and training the canines, pairing them with an incoming veteran, then training the veteran and canine pair together.

Feng flew to Florida, and spent three weeks training with Kelly, who she was introduced to on the second day.

"It is set up so you stand behind a fence, and you don't see the dogs until they come around the corner," said Feng.

After waiting in line, Feng watched four other veterans receive their dogs before Kelly came around the corner.

"Out comes this angel, that came walking straight toward me. I bawled. It was like your wedding day all over again," said Feng.

Kelly sat calmly as Feng held her around the neck and cried into the animal's face for the next several minutes.

Since receiving Kelly, Feng said, life has taken on a new light. She has applied for a job at a library, and said she looks forward to things calming down.

"To relieve symptoms of her PTSD, Amy turned to K9s For Warriors," said Sadie Bishop, education associate for K9s for Warriors.

According to Bishop, K9s For Warriors has graduated 596 warrior-canine teams and rescued 1,140 dogs, with the majority of them coming from rescue shelters or are owner surrendered.

K9s For Warriors CEO Rory Diamond, explained why the program is critical: “There’s an epidemic of veteran suicide in our country. Service dogs are a proven method of alleviating the debilitating symptoms of PTSD — like suicidal ideation. They not only get our veterans back on their feet, but they also help them regain a sense of normalcy in their lives. Most veterans with PTSD think they’ve lost that forever.”