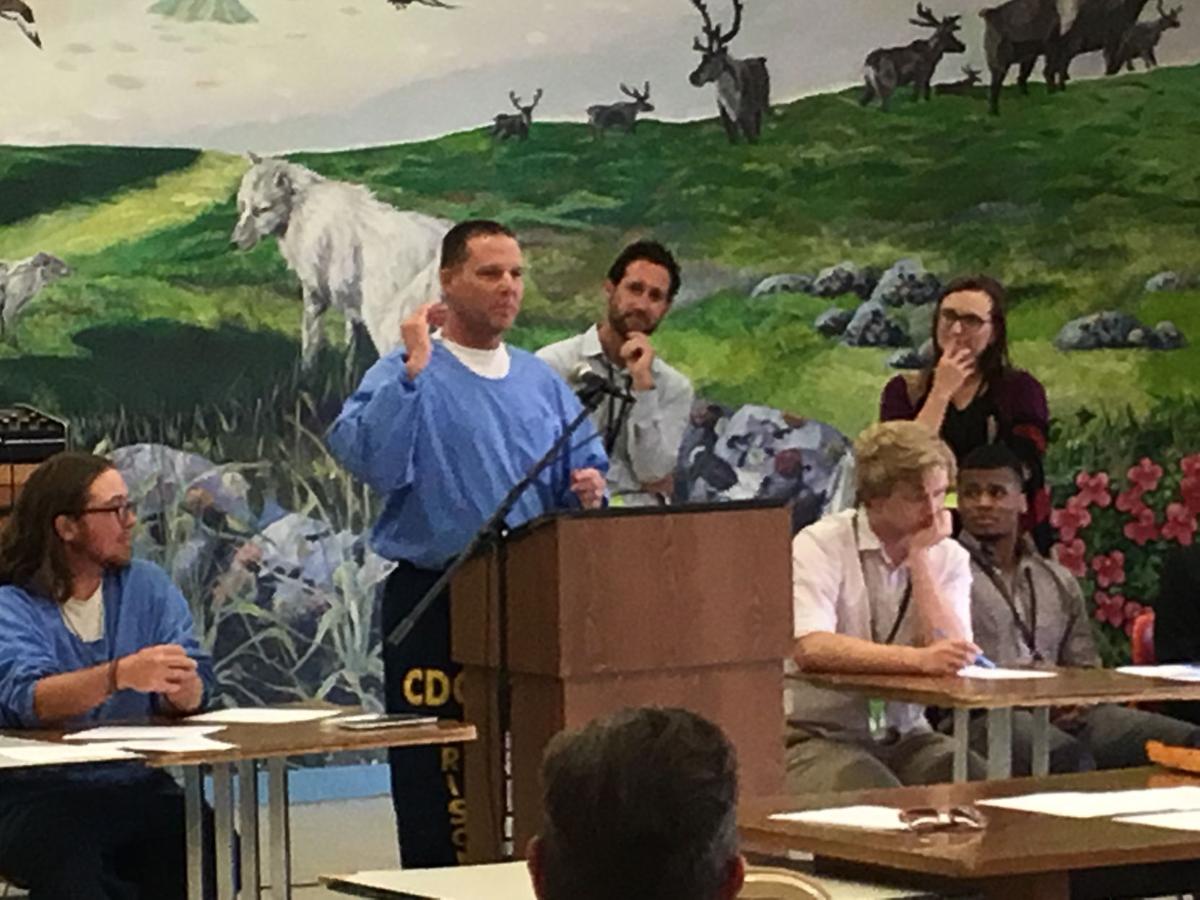 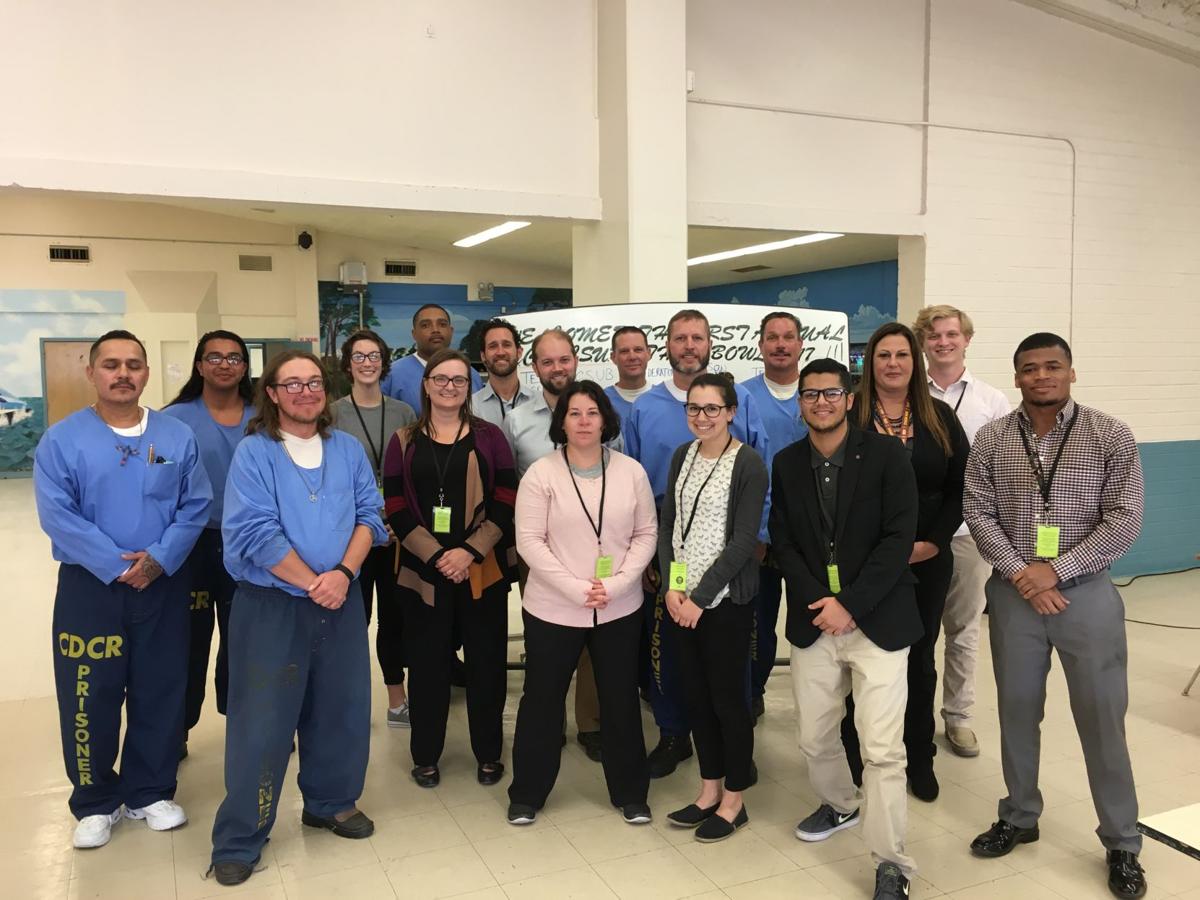 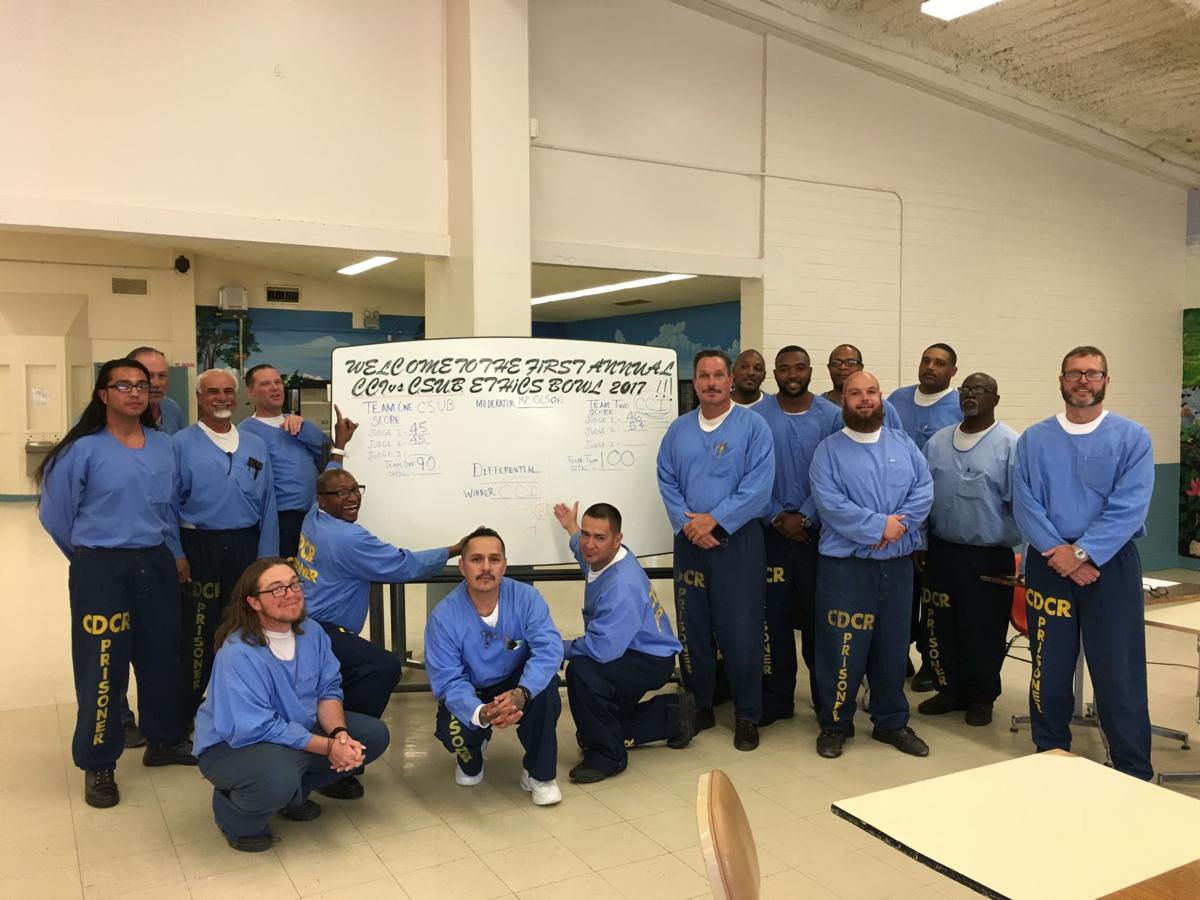 CCI Tehachapi inmates show off their winning score in the Ethics Bowl.

CCI Tehachapi inmates show off their winning score in the Ethics Bowl.

Six Cal State Bakersfield students from the philosophy department arrived to compete in a College Ethics Bowl against CCI. The CCI prison team won by 10 points in their first-ever debate on Nov. 13. The judges consisted of three CSUB philosophy professors.

Ethics Bowls are similar to debates, but each side can take either side of the issue. So, one team can agree with the opposing team, and add to the argument. CSUB’s team went on to a state level debate in San Diego after completing their debate at CCI. The students told CCI that what they learned from CCI’s team helped them prepare and find areas in which they could improve. The students were allowed a tour of the prison and had a discussion with the inmate team about what it is like to be in prison. The students said they were “grateful” for the experience.

The topics presented were interesting, to say the least. CSUB started with a case on the ethics of euthanasia for alcoholics. A true case in Denmark was used as an example. This example was about an individual who, after 21 failed attempts at sobriety, was able to take his own life with the assistance of the medical community in Denmark. The second case, in which CCI took the lead, was based on “The Goldwater Ruling.” This case discussed whether it is ethical for psychiatrists to comment on the mental health of a public figure without a direct interview with the individual.

The inmates don't have access to computers and the internet, so family members and staff provided printed research for them.

CCI Warden William “Joe” Sullivan and CEO Rhonda Litt-Stoner approved the recent initiative through its mental health department. Under the supervision of the Chief of Mental Health, Dr. William Walsh, clinician Dian Grier, LCSW, has started a unique program to create meaningful experiences for inmates; preventing mental health issues; and, assisting with reducing symptoms for those with a diagnosis.

Grier had worked with groups of women prior to her position at CCI. She has been developing programs with male inmates over the last five years to meet their needs. When comparing men and women in group therapy, she noticed that men were not responding as well as women to processing feelings in groups. Traditional masculine norms and stigma associated with mental illness can keep men from seeking help. Men may avoid mental health groups due to pride and perceived vulnerability, and this idea is particularly poignant in a prison setting. Emotions can be particularly difficult for men to express, as society does not always encourage men to show sadness or any emotion perceived as “weak.” The typical mental health model of process groups, including sharing feelings, can discourage inmates who might benefit from group treatment.

In contrast to women, men are drawn to task groups, where they work toward an end goal. Task group processes allows for feelings to emerge in a natural setting that is active and engaging. The new initiative is based on both observation and trial and error. Groups with an end goal teach inmates how to function better in a societal setting and even simulate family of origin issues, which can be worked through in a healthy way.

Along with the debate groups, the initiative also has a drama group that performs once a year. The two groups attract very different personality types. Although both groups promote good mental health and growth, they reach widely different types of inmates. Both of these groups have the benefit of learning empathy, listening skills, anger management, critical thinking, self-esteem, creativity and a sense of empowerment. These groups also allow members to view issues from other points of view, which is the goal of rehabilitation and mental health stability. So while a member is working toward an end goal, they are also learning more than they realize.

After the competition, inmates commented that they felt “human again.” They said that they were not just a number, but people who could accomplish a goal with their team members. The recent win against CSUB was a major accomplishment for the men that participated, but the real win is the effects of the new program that are reaching inmates in a new and innovative manner.

Dian Grier is a licensed social worker at CCI Tehachapi.