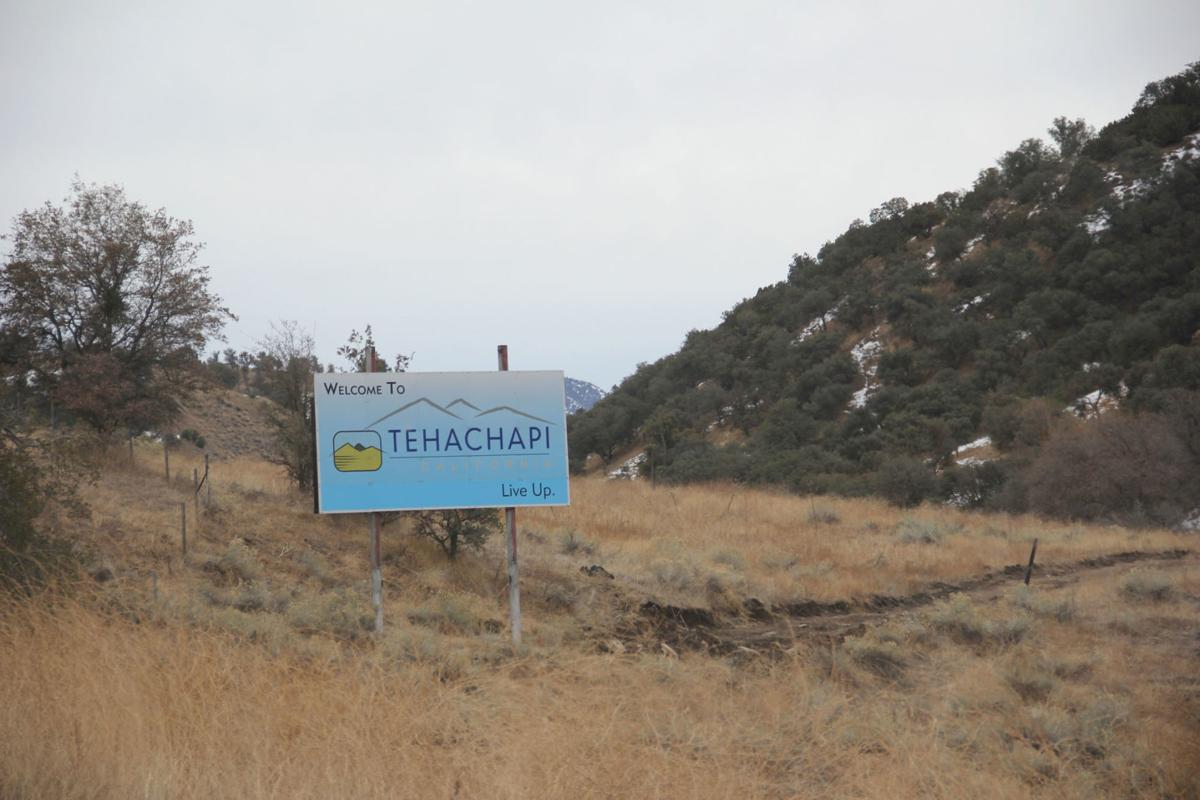 Motorists may view the two new signs on the east and westbound sides of Highway 58 coming either from Bakersfield or Mojave. The new signs say, “Welcome to Tehachapi, California. Live Up.”

The petition posted on Facebook called "Demand the city of Tehachapi to Take the New Sign Down" is creating a response from people who either live in or are from greater Tehachapi.

Motorists may view the two new signs on the east and westbound sides of Highway 58 coming either from Bakersfield or Mojave. The new signs say, “Welcome to Tehachapi, California. Live Up.”

The petition posted on Facebook called "Demand the city of Tehachapi to Take the New Sign Down" is creating a response from people who either live in or are from greater Tehachapi.

Two new signs welcoming visitors to Tehachapi have sparked an outcry, with residents describing them as generic, commercial and lacking old-town charm — a far cry from their characterization of the old sign they once saw while driving along Highway 58.

More than 700 supporters have voted to "Demand the city of Tehachapi to Take the New Sign Down," according to a petition posted on Facebook and found at thepetitionsite.com.

“Why are they trying to take away our unique small town feel with the new modern signage? You could have left the 'Land of Four Seasons' and just did a refreshed look on our wonderful motto. Please change it back. The new sign looks like a page of a phone book. Very generic. (Emoji for sad face)," wrote Michelle C. on the petition. (Last names aren't shown on the petition posts.)

Motorists may view the two new signs on the east and west bound sides of Highway 58 coming either from Bakersfield or Mojave. The new signs say, “Welcome to the city of Tehachapi, California. Live Up.”

Many years had passed without repair to the old sign. The paint was peeling and it was not maintained. It once read, “Welcome to Tehachapi. Land of Four Seasons," with an apple logo with oak leaves.

Erica C. wrote on the petition, “The old sign truly marked the (city's) charm. Growing up there we all loved that we were called the 'Land of Four Seasons.' The old sign marks the history of this cute little town. It matches downtown better. ‘Live Up’ means nothing. The old sign was painted by a Tehachapi citizen.”

Sydnee B. wrote on the petition, “Ever since I was a kid, when I see this sign, I knew I was home. Now it just looks like a commercialized city.”

Tehachapi City Manager Greg Garrett declined to comment on whether the city would consider comments from the petition, if the votes reached the goal of 1,000.

"As far as signs are concerned, the city went through a rigorous and thorough community engagement. It was a specific item decided by the residents of the city," Garrett said. He added these discussions were held at City Council meetings, Tehachapi Planning Commission meetings and other hearings in the past 10 years.

Corey Costelloe, assistant to the city manager and economic development coordinator, said in an interview the old signs were handed over to the city by the Greater Tehachapi Chamber of Commerce earlier this year.

“These signs needed to be updated,” said Costelloe.

The total cost of both new signs with the removal of the old plywood signs amounted to $15,069.95. The new signs are made from aluminum and matte lamination and are expected to last 10 years, he added in an email.

“It (the sign) was falling apart and (replacing) it was to keep it consistent with the branding," Costelloe added.

Chamber President Ida Perkins said the organization did not have the resources to update or fix the old signs, so they were handed over to the city.

“They belong to the city and it’s their decision on what they want to do with the signs,” she said.

The refurbishment of the signs is part of a grand-scale, long-term city marketing strategy to promote growth and modernize the city.

The report lists information about the strengths and weaknesses of the area as collected in community surveys. The report suggests the city develop marketing strategies to the sell the area to visitors and new residents, and create an overall marketing brand to help promote Tehachapi as a destination.

A key stakeholder survey and an online community survey were included in the report. A total of 413 people responded to questions on both surveys. This focused on questions and answers to "Tehachapi's direct strengths, weaknesses, opportunities and threats," said the report.

The report not only focuses on branding for signs, but also highlights the need to design stationary, logos, airport billboards, the city’s new website, social media marketing videos, a media relations plan, and various ways to reach out to the community via health and fitness programs.

The City Council didn't need to specifically approve the purchase of the new signs. An agreement approved in 2017 allows the city manager to make purchases of less than $30,000.

City Council members and city and county government officials over the past 10 years have participated in helping create strategic planning documents and hiring companies to guide future development.