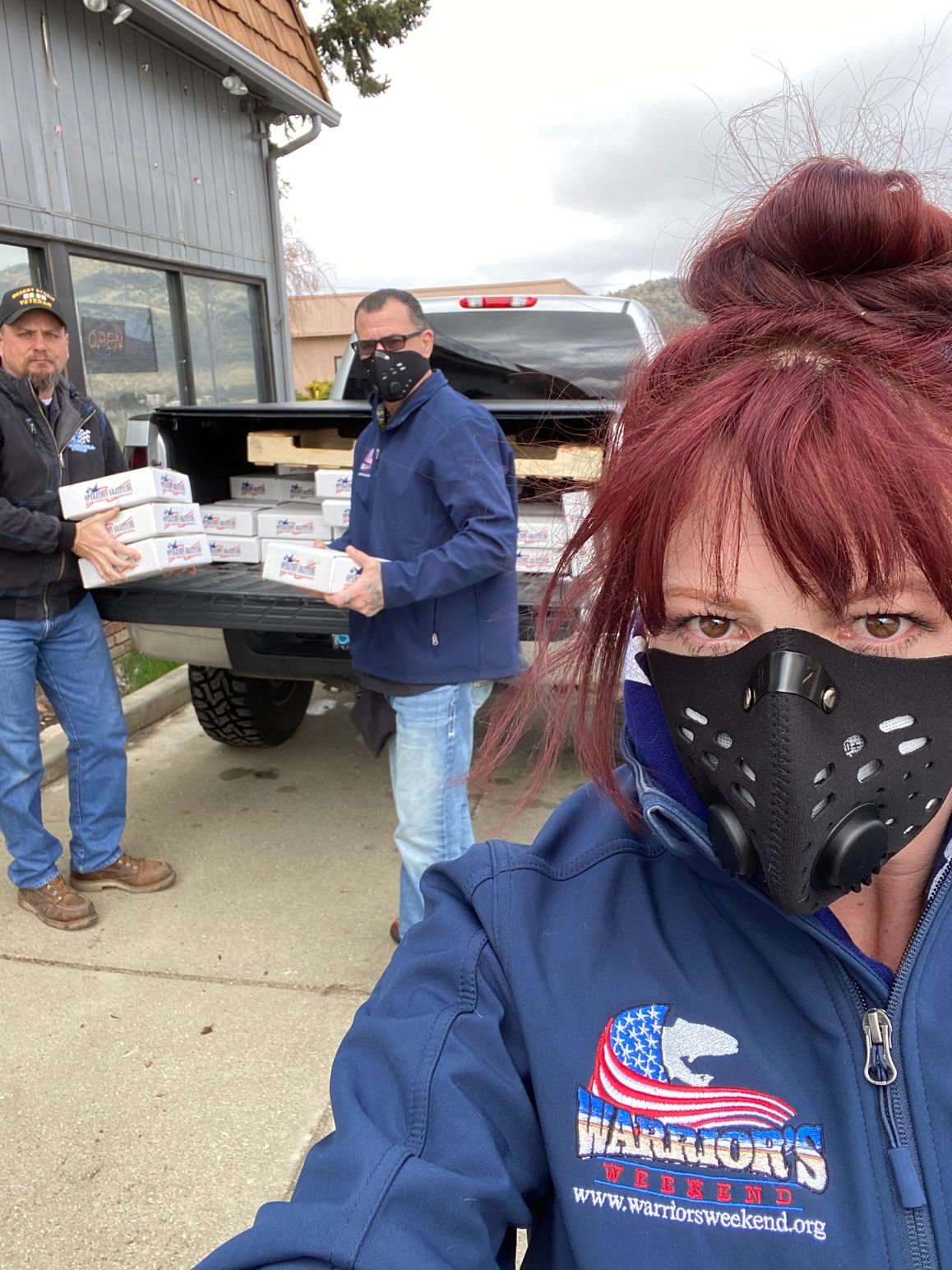 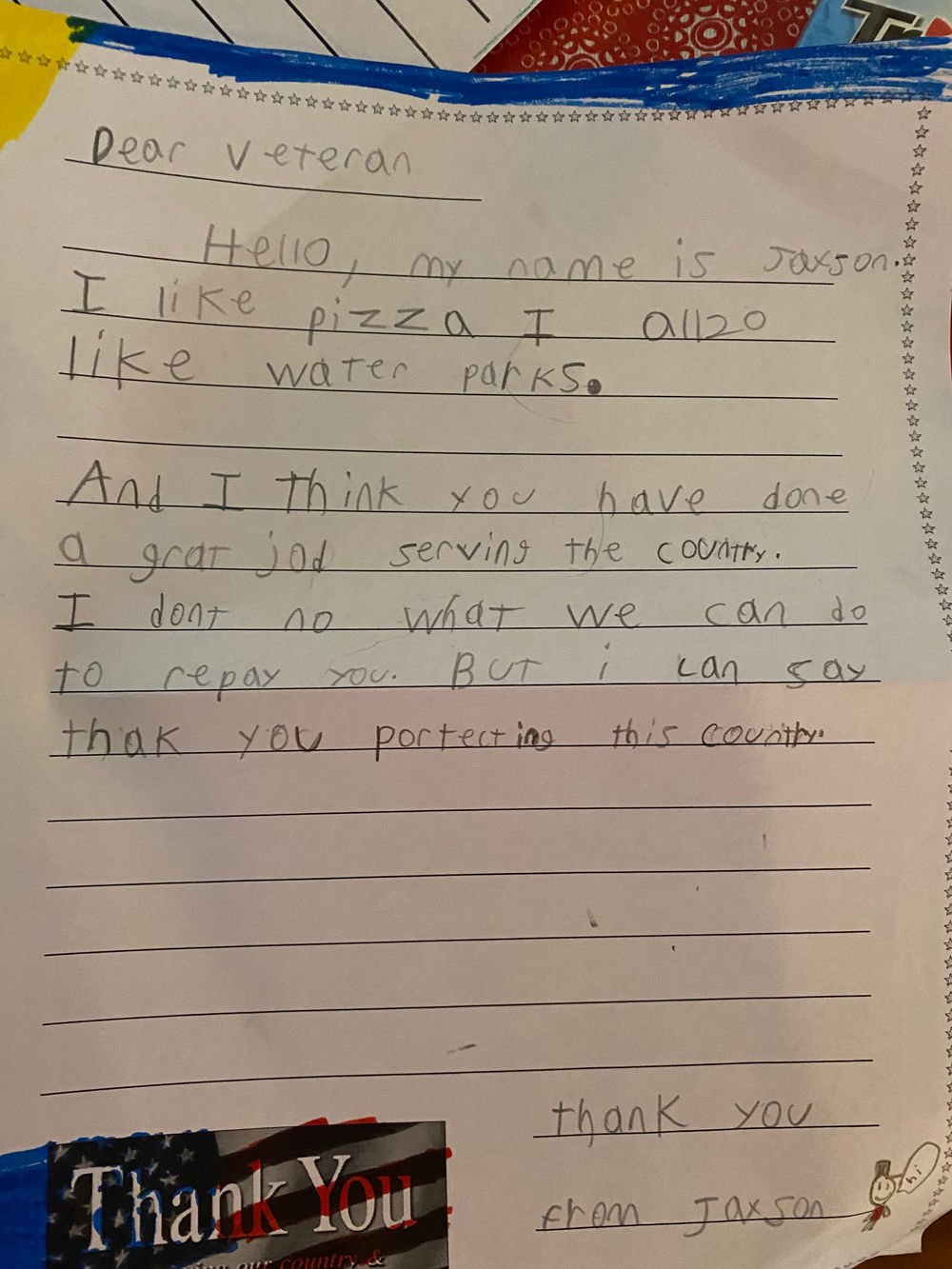 Veterans will also receive handwritten letters thanking them for their service. 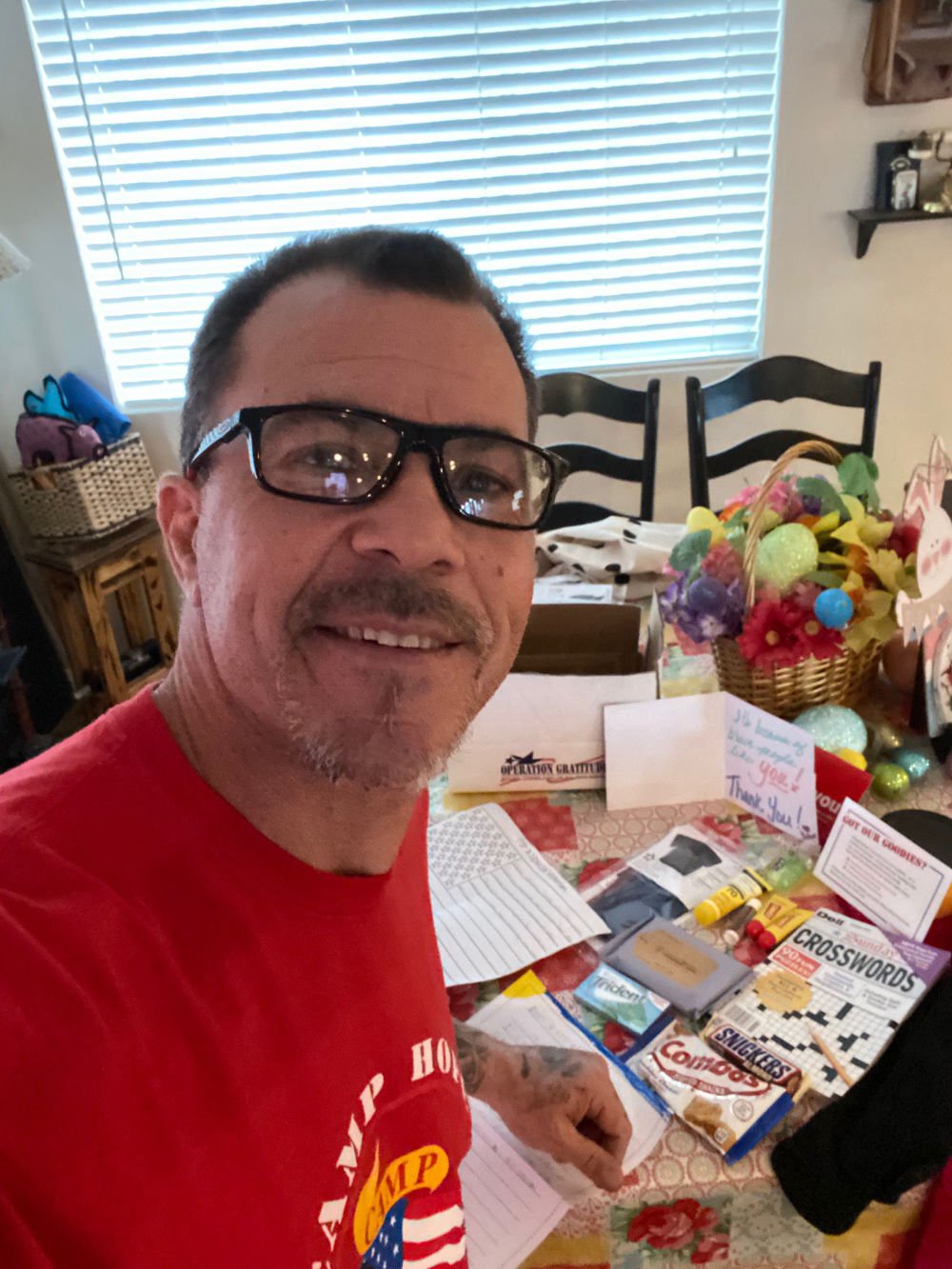 Eric Scarlett, California ambassador for Operation Gratitude, is passionate about helping out fellow veterans, both stateside and abroad. 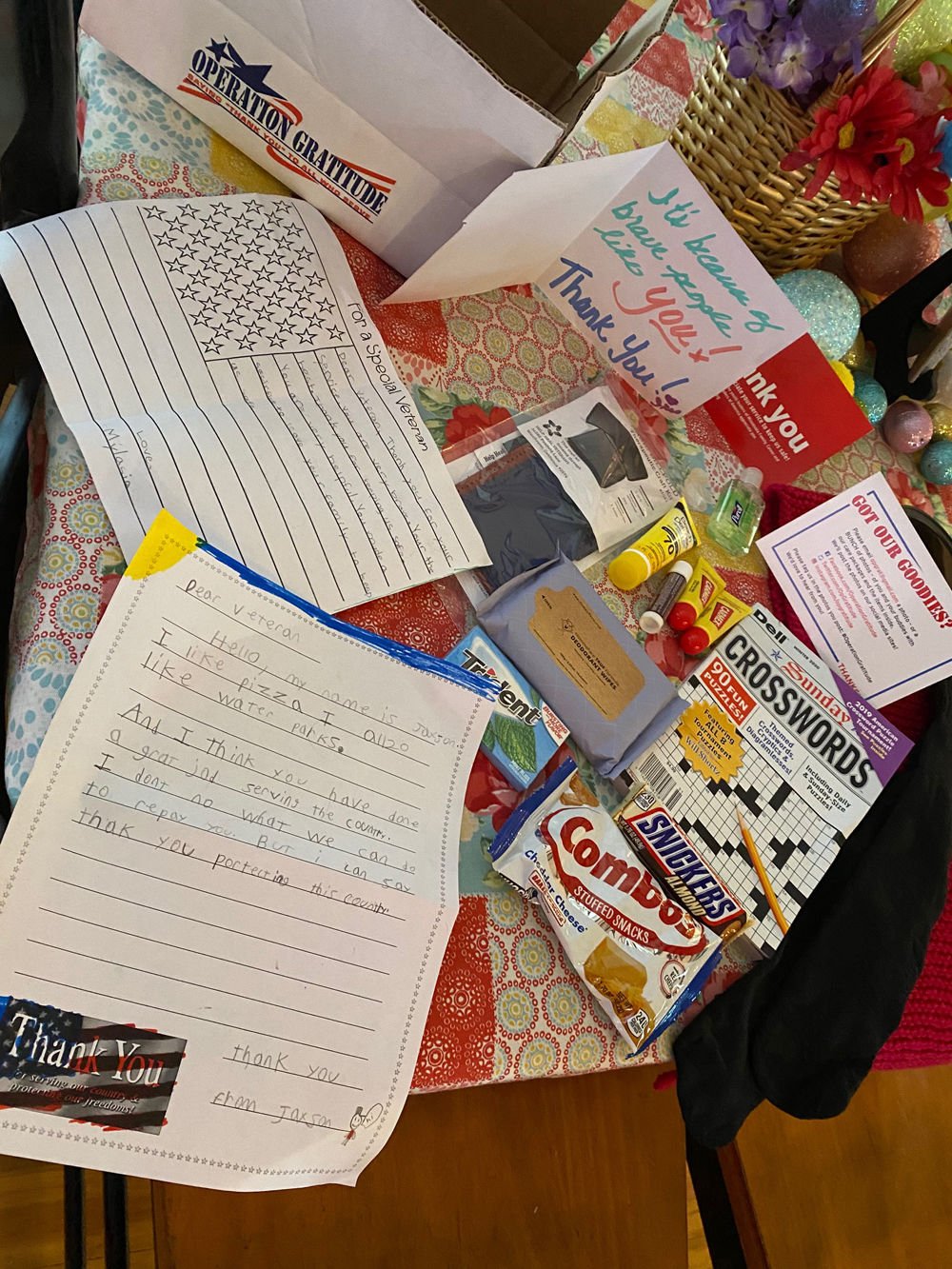 Operation Gratitude care packages for veterans include an assortment of items, including handwritten letters. 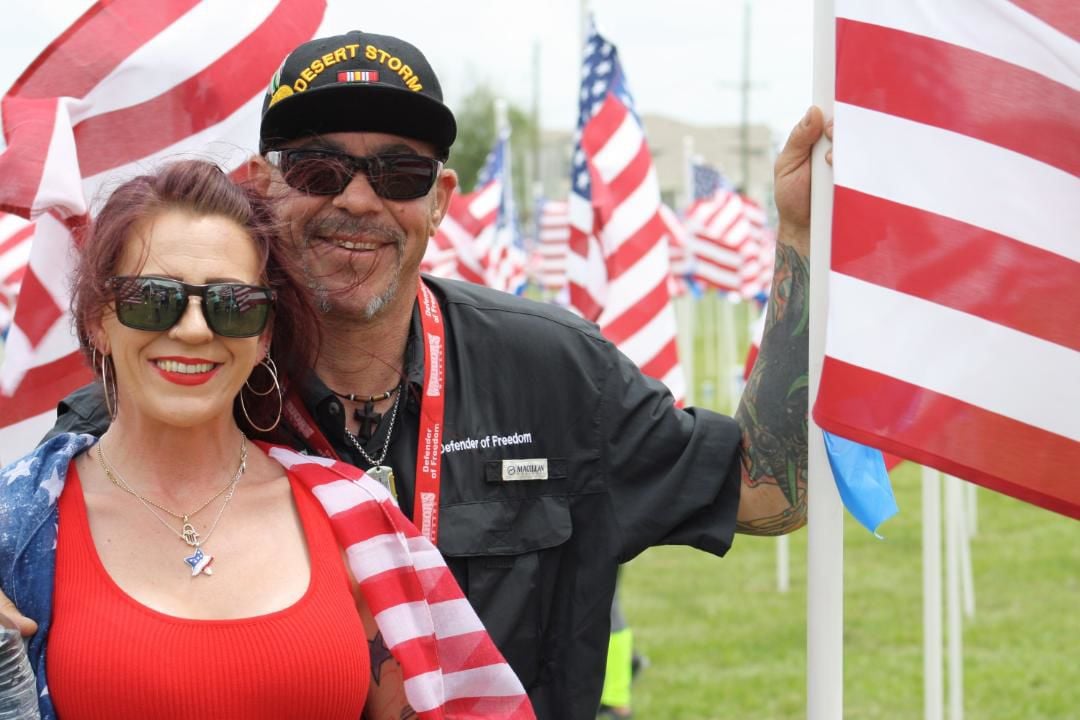 Kristy and Eric Scarlett have a love for their country and fellow veterans.

Veterans will also receive handwritten letters thanking them for their service.

Eric Scarlett, California ambassador for Operation Gratitude, is passionate about helping out fellow veterans, both stateside and abroad.

Operation Gratitude care packages for veterans include an assortment of items, including handwritten letters.

Kristy and Eric Scarlett have a love for their country and fellow veterans.

Veterans helping veterans. That's what Operation Gratitude is all about. In times of trouble, who better to help local veterans than their comrades in arms?

Bear Valley Springs veteran Eric Scarlett served in the Navy from 1990 to 1994, and did three tours overseas in Operation Desert Storm.

Scarlett continues to hold his patriotism true to his heart, and is known for his metal American battle-worn flags, which he fabricates and donates to raise money for wounded warriors.

"I have been traveling all over the United States for organizations that I am a part of doing public speaking on how to help veterans. The flags that I bring and give to the organizations raffle off between $2,000 to $10,000 apiece," said Scarlett.

"When my brother and good friend, Eric Scarlett, asked me to be part of Operation Gratitude, I jumped at the chance to help out our local veterans and first responders with hand sanitizer and other hygiene products," said Sommerfeld, who is employed as the manager at South Street Service Center, located at 20824 South St.

The two combat veterans have been collecting and distributing care packages filled with items for soldiers serving overseas, residing in hospitals and those who have returned to the homeland. More recently, the pair have ramped up their efforts to further offer relief to veterans during the COVID-10 pandemic.

Two weeks ago, Scarlett and his wife, Kristy, who also serves as an advocate, picked up 250 care packages, which included other items such as treats, deodorant, books and more, and delivered them to Sommerfeld's place of employment, which will serve as a pick-up point for the care packages. Their daughter, Kennady, is also her parents with the relief movement.

"I have done my best to be involved with whatever I can in our community," said Sommerfeld, who moved to Tehachapi along with his wife, Karen, six years ago.

Scarlett said he is currently working closely with the California Veterans Assistance Foundation to include it as a resource destination for the care packages.

"For now, come on in to South Street Service Center. There is a care package waiting for you," Scarlett told local veterans.

"Due to the mandatory stay-at-home (order), I am unable to bring supplies to you," said Sommerfeld. "I am a 100 percent supporter of our vets, and will help them out any way I can, whether it be at the shop or in my personal life."

Small Town, Big People is a series of stories focused on interesting people in the Tehachapi community. If you would like to nominate someone for a future installment, e-mail editorial@tehachapinews.com.