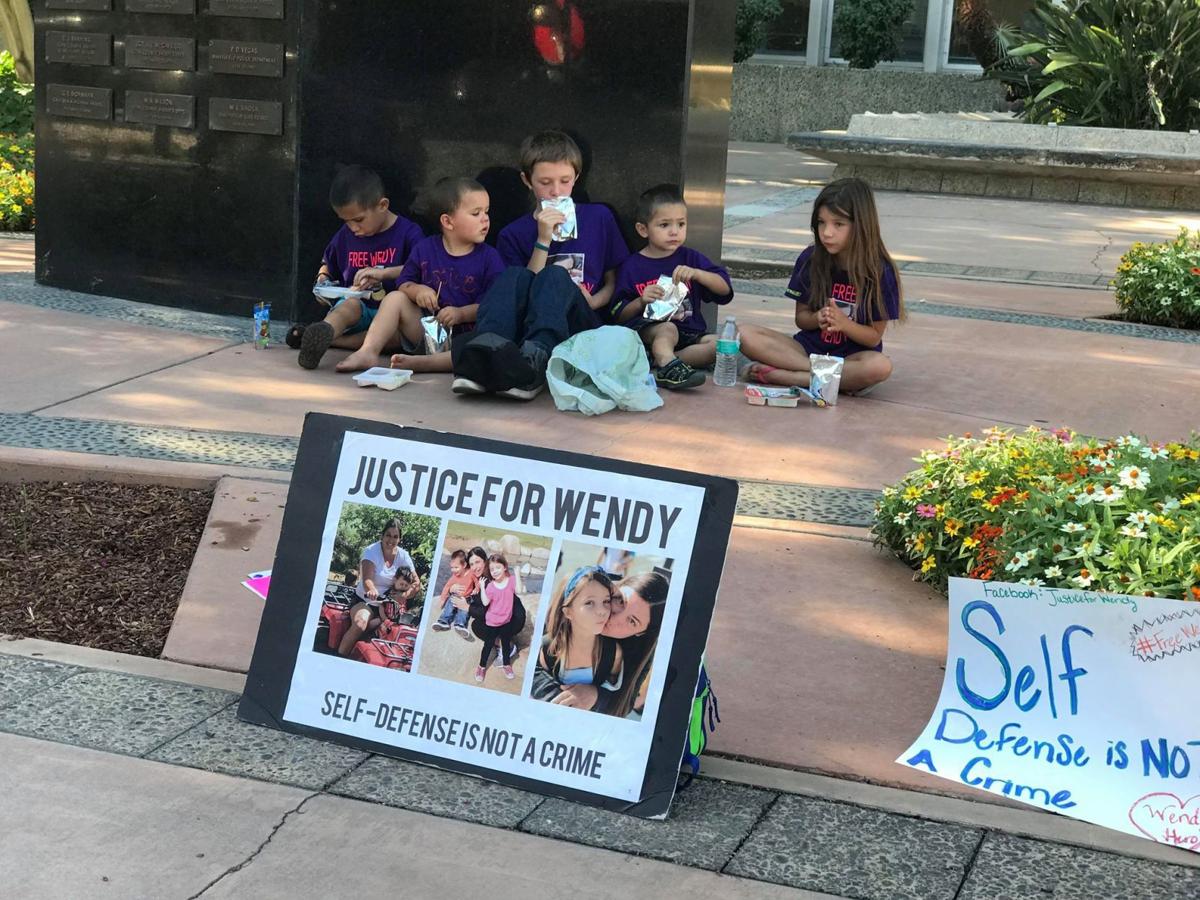 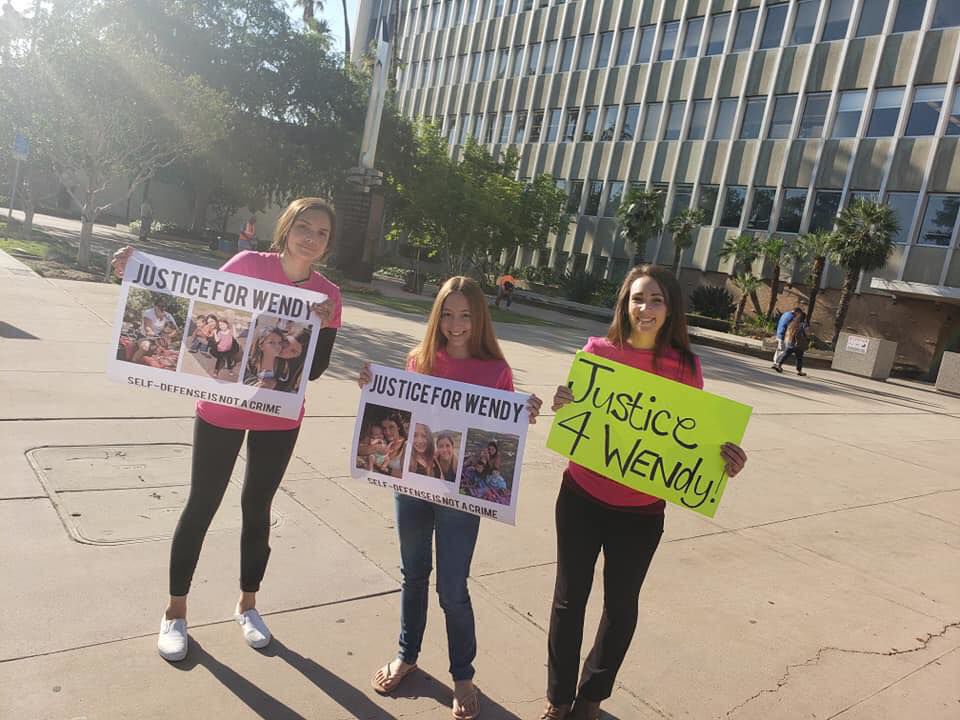 A group of about 20 people yelling "justice for Wendy" stood outside Kern County Superior Court in downtown Bakersfield on Friday to garner support for a Tehachapi woman charged with the murder of a man they say abused her and her two daughters.

They were family and friends of Wendy Howard, 50, who faces a first-degree murder charge in the death of Kelly Rees Pitts, 59, a man who allegedly sexually abused her daughters and physically abused her.

The group shows up in large numbers to every hearing in the case, talking to people as they walk past the courthouse, holding handwritten signs and passing out flyers and bracelets.

Howard appeared in court Friday for a hearing with her attorney, Tony Lidget, but the hearing was continued to Aug. 27.

Family and friends of Howard want supporters to write emails and letters to District Attorney Cynthia Zimmer, asking to reduce or drop the charges.

Joseph Kinzel of the DA's office declined to comment on the case, citing a gag order placed on attorneys by Judge Michael G. Bush in July, limiting their ability to discuss the case with the media.

Despite the gag order, protestors will "still be out here" outside of the courthouse protesting Howard's arrest, said Miranda Frost, Howard's daughter. The Californian does not generally name alleged victims of sexual crimes, but Frost has publicly spoken out.

Wendy Howard was arrested June 6 after she called 911 to report she had shot her ex-boyfriend in front of her home on Appaloosa Court, according to Tehachapi police reports filed in Kern County Superior Court.

But supporters of Howard say she was acting in self-defense and to protect her daughters. Howard said she was physically abused by Pitts, and Pitts had previously tried to rape and kill her, according to the police reports filed in court.

A Facebook group in support of Wendy was created and has more than 1,100 members. Family and friends share pictures of Wendy Howard and her children and grandchildren. Words of support and love are written by those who support her. Online petitions are posted, asking District Attorney Cynthia Zimmer to drop the charges against Howard. And a GoFundme account has been established for Howard's legal costs.