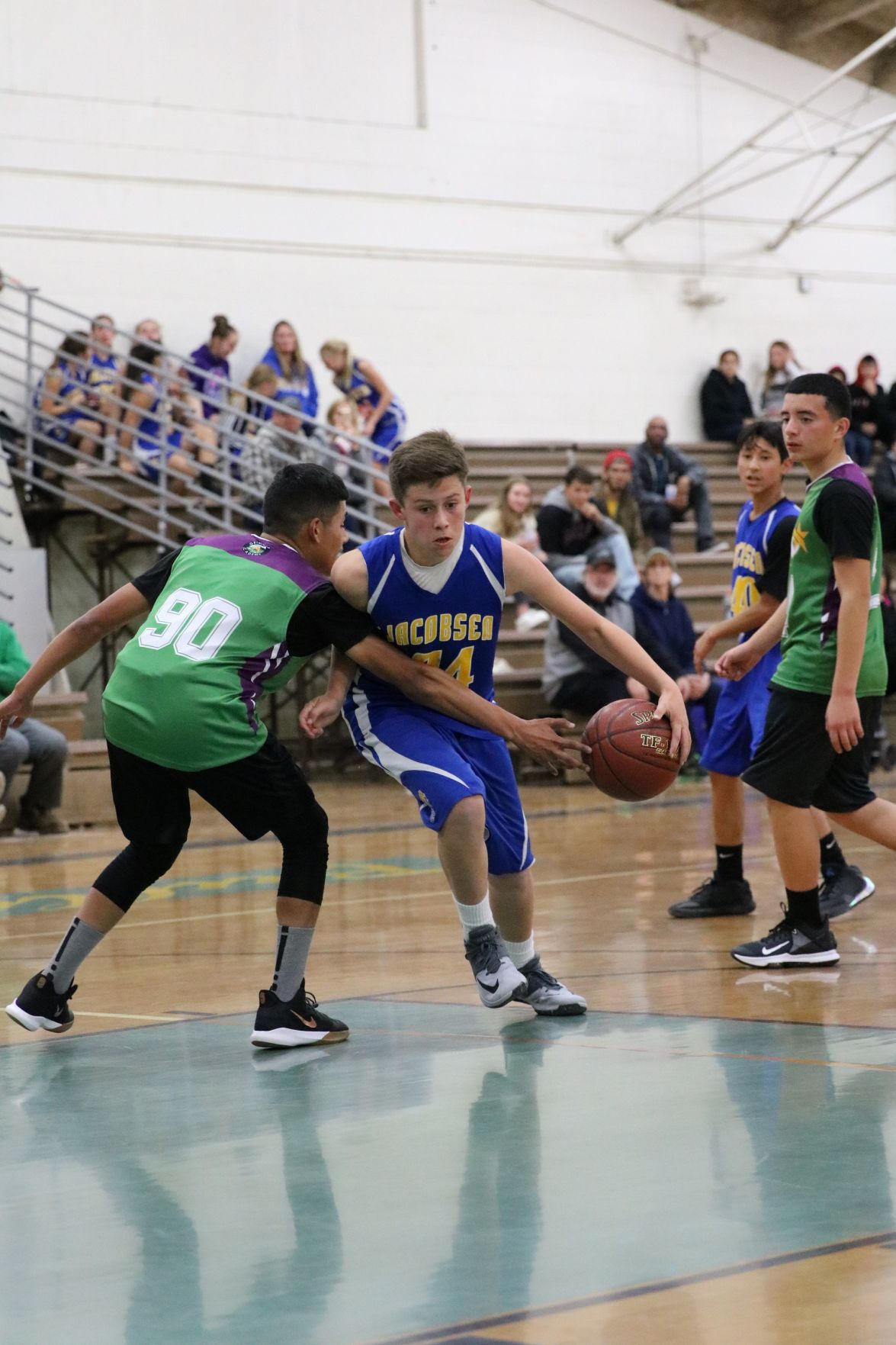 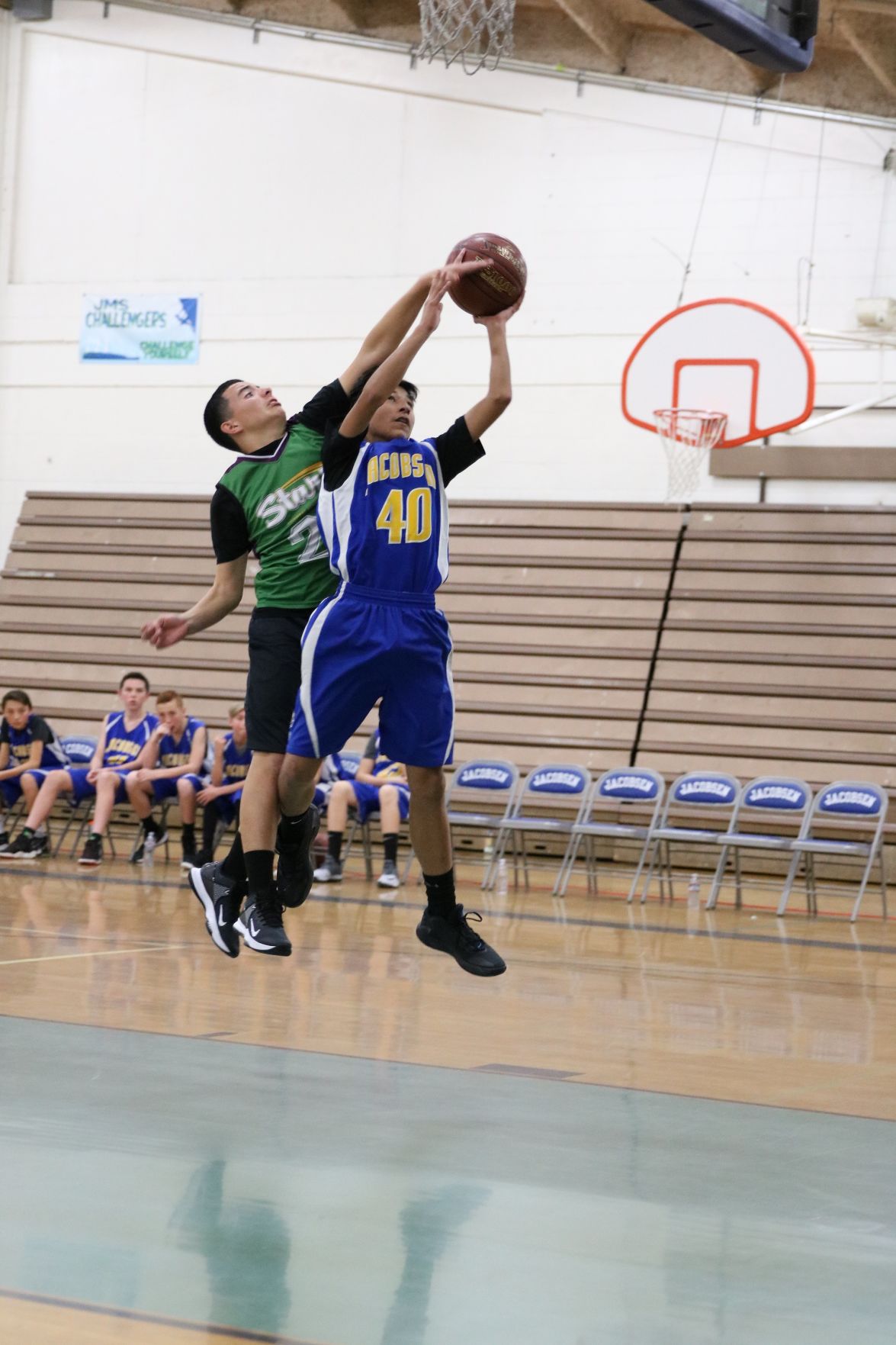 Alexis Vazquez (40) gets fouled on a drive.

Alexis Vazquez (40) gets fouled on a drive.

The seventh grade boys played well and won, with some good pressure defense and a balanced offensive attack, just like the girls. There were more assists in this game than the first one against Tropico. The nice thing about this team is that, so far, when players come off the bench, they give a real spark. The scoring was led by Devin Jackson, who was the only Bulldog in double figures with 12 points. Coming off the bench with a good scoring performance was Bronson Davis with eight points. A nice little three-point play by Gabe Sipes in the second half seemed to fire up the crowd a bit, and the boys finished strong. Sipes chipped in five points, followed by Anthony Cerbantez who also had five points. Hayden Michael made a couple good plays getting some strong rebounds and scoring four points. Dylan Valdez and Mason Cyr each had two points to round out the scoring.

Eighth grade girls were dominant from the opening tip, winning by more than a little. Post-game scoring stats were not available but the team looked very impressive in their first home game. The team is skilled, especially in its passing, and it has a lot of height. The THS Warriors girls basketball team is doing well and there is no reason to think the future won't be bright for these eighth grade ladies.

The eighth grade boys game was very competitive with Grimmway leaning on an eight-point lead (19-11) at halftime, mostly due to some three-point sharpshooting. Grimmway shot very well from behind the three-point line, hitting a total of five three-pointers. The Bulldogs battled back in the second period and Alexis Vazquez went on a scoring spree, seemingly scoring a basket on every possession for about an eight-minute span. Vazquez finished the night with a game high 21 points, Mike Jones had seven points in an improved offensive outing from the first game. Kaleb Songer had three points and Jacob Root had one point. Grimmway's five three-pointers really hurt as most of them came during the first half, with the Bulldogs defense getting out to cover the shooter just a little slow. It happened quickly, and that early lead got Grimmway the win, as it was pretty even back and forth the rest of the way.

Darrel Sipes is a parent of a seventh and eighth grade Bulldog.