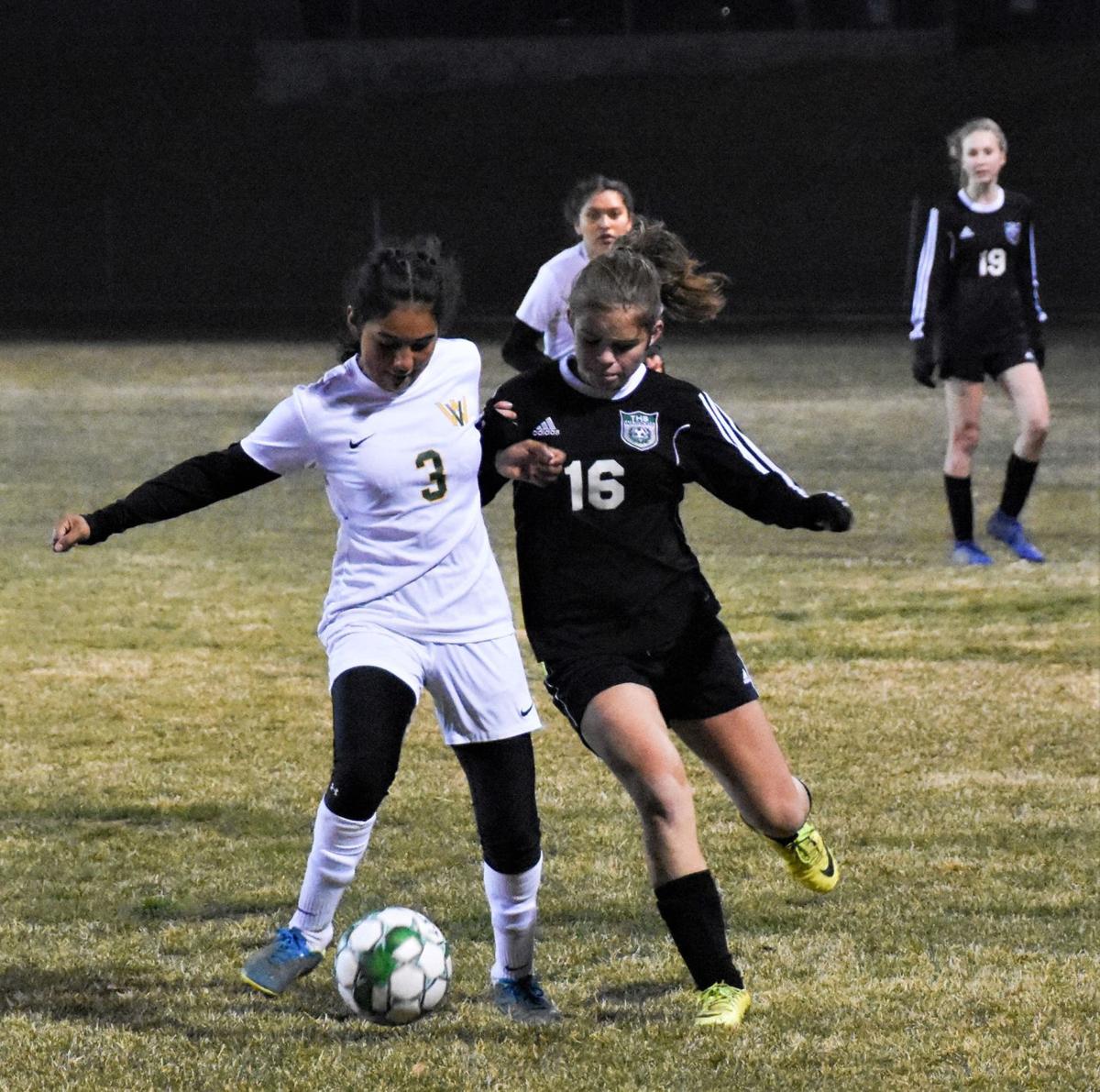 Freshman Madilyn Schneider battles for possession of the ball.

Sophomore Lilian Ledezma with an amazing save on goal. 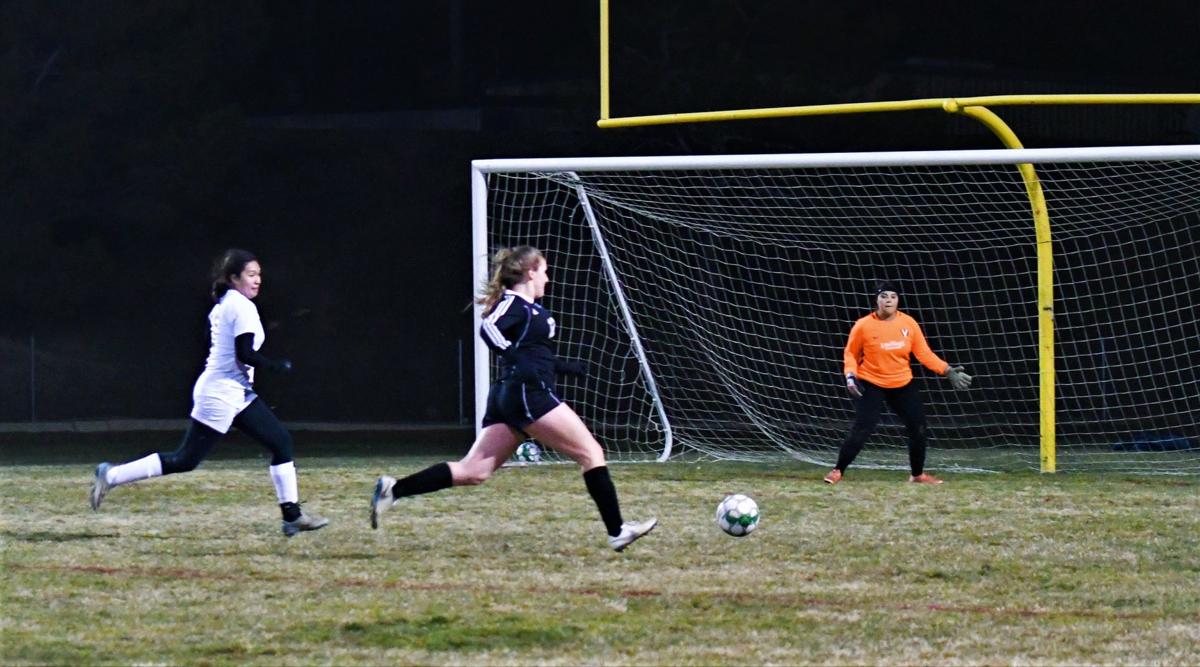 Senior Rachel Miller runs to take a shot on goal.

Freshman Madilyn Schneider battles for possession of the ball.

Sophomore Lilian Ledezma with an amazing save on goal.

Senior Rachel Miller runs to take a shot on goal.

After a four-day weekend due to a school snow closure day on Friday and to the Martin Luther King Jr. holiday on Monday, the Lady Warriors played West High School last Tuesday after a week since their last game.

Coach Tyson Kingsbury told the players, "You can either come out sluggish or come out pumped up since it's been a while."

Well, the team chose the second option and came out ready to go. The Lady Warriors' defense, led by two of the team's seniors, along with the support of the midfield, had an outstanding game. They shut down any opportunity West High had for a goal. Goalkeeper Lilian Ledezma, once again, had three crucial saves, keeping West scoreless.

Tehachapi's first goal of the evening came from freshman Madilyn Schneider with a perfect shot coming off a rebound. This goal gave Schneider her first high school goal. And to top it off, she also assisted the next goal with a perfectly placed through ball to Rachel Miller, who scored giving Tehachapi a 2-0 lead.

Then, the team noticed that West was pressing high, giving space for the last goal of the game which came from a long ball off a penalty kick sent from the back of the defense by Sam Pinan straight down the middle to Rachel Miller. Miller stayed calm and was able to easily finish with a chip around the West goalie, giving the final score of 3-0. Freshman Sophie Schulstad had an outstanding game while playing in a new defensive role after filling in for junior Riley Daubert, who is out with an injury.

Coach Kingsbury commented on Schulstad, "She just gets better and better each game."

Another game standout was freshman Taitlyn Kingsbury, who "played her heart out" and never let up. The entire team stepped up their game during the night and played with true Warrior spirit, doing what it takes to put it all together.

Going into the second half of league competition last Thursday, the Lady Warriors met once again with Independence High School, playing away this time. Both teams battled almost equally the entire first half of the game based on the number of shots taken, penalty kicks, corner kicks, and stats in general.

Then, finally, right before halftime an opportunity arose for Tehachapi with a breakaway by Rachel Miller, who kept her cool and was able to easily get around the oncoming goalie for a score. In addition to two incredible saves in the first half by goalkeeper Ledezma, the Lady Warriors finished out the half up 1-0.

Now in the second half, the Lady Warriors continued their efforts to score and defend their goal, again, Tehachapi battling back and forth for nearly 35 long minutes of play with no change in the score. Then, with four minutes left in the game, Independence managed to sneak in a goal off of a scramble from a corner kick. With the score now tied 1-1 and only a few minutes left in the game, the pressure was on.

The Lady Warriors fought all the way to the end, but came up short as Independence managed another goal in the final minutes, ending with a 1-2 loss for Tehachapi.

With an obviously disappointing end to the match, Kinsbury tried to encourage the team by saying, "We are super proud of you ladies and how you played, but sometimes things just don't go your way."

This week the Lady Warriors will have three games. Monday and Tuesday will be played away, first against Ridgeview and then against Bakersfield Christian. On Thursday, Tehachapi will challenge Golden Valley at home. All games will start at 6 p.m.