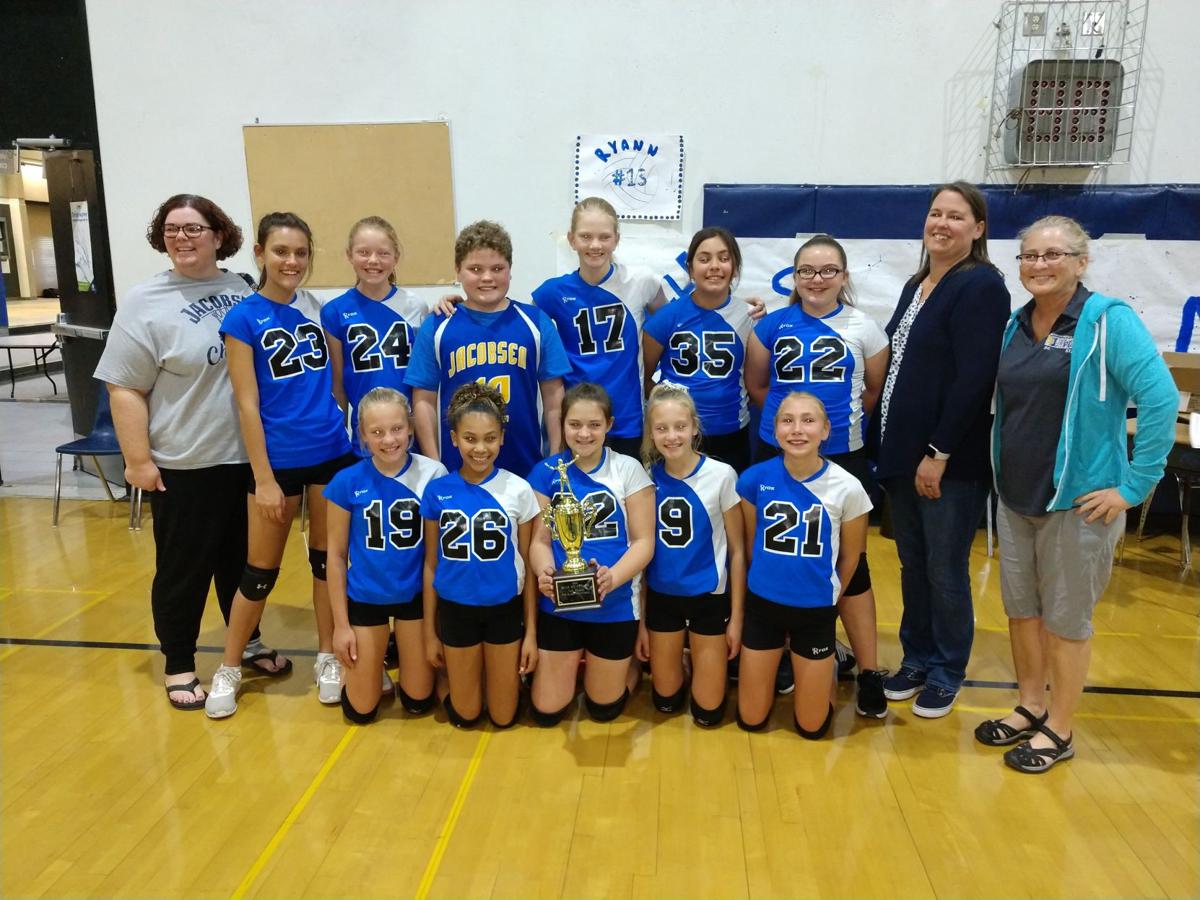 The Bulldogs celebrate a great season. 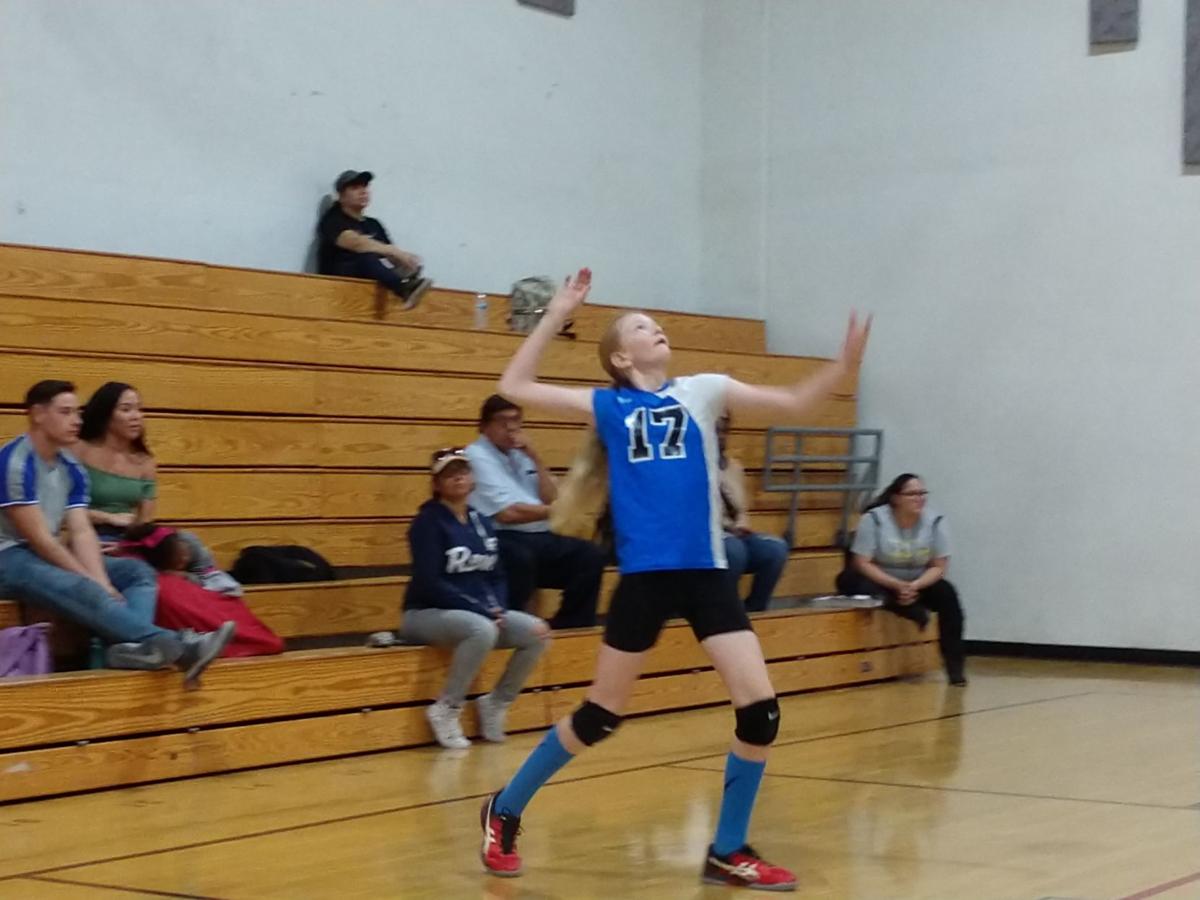 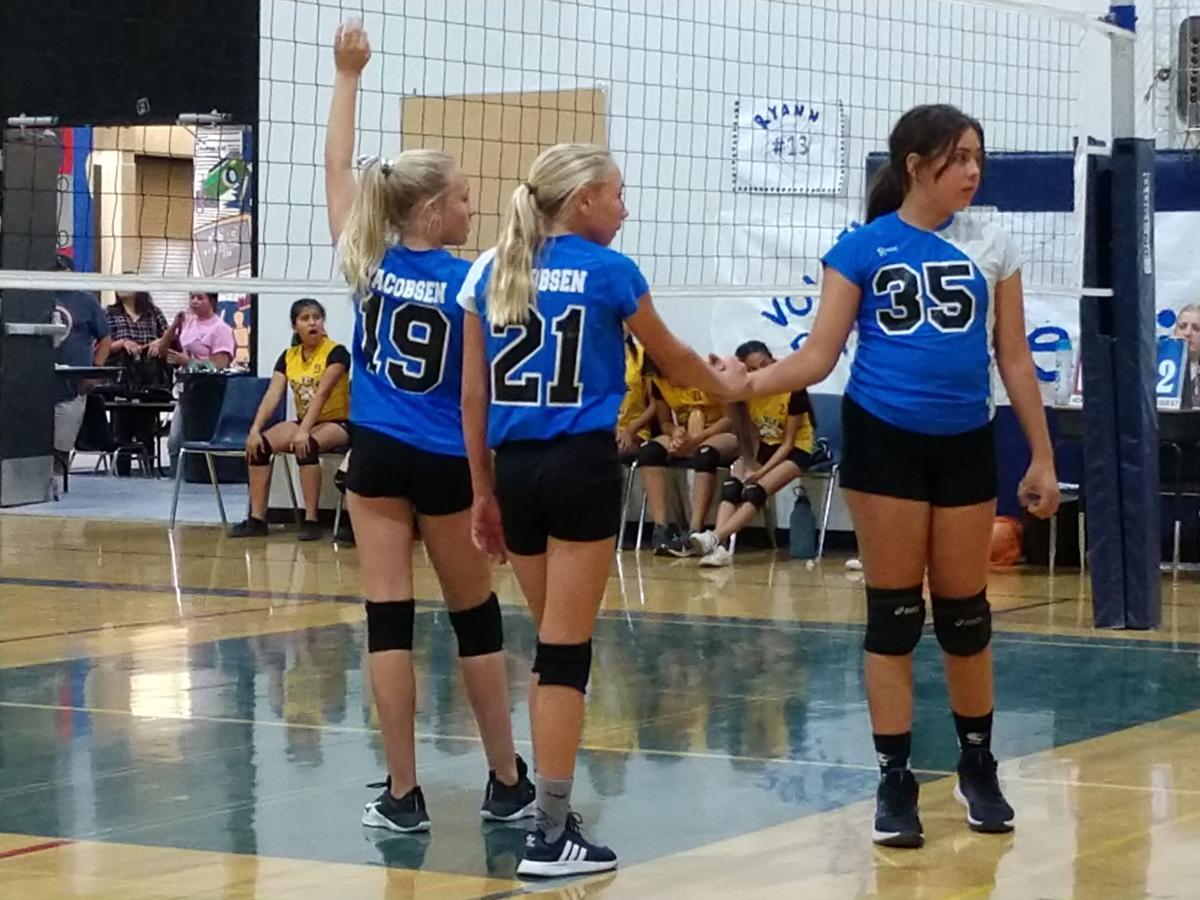 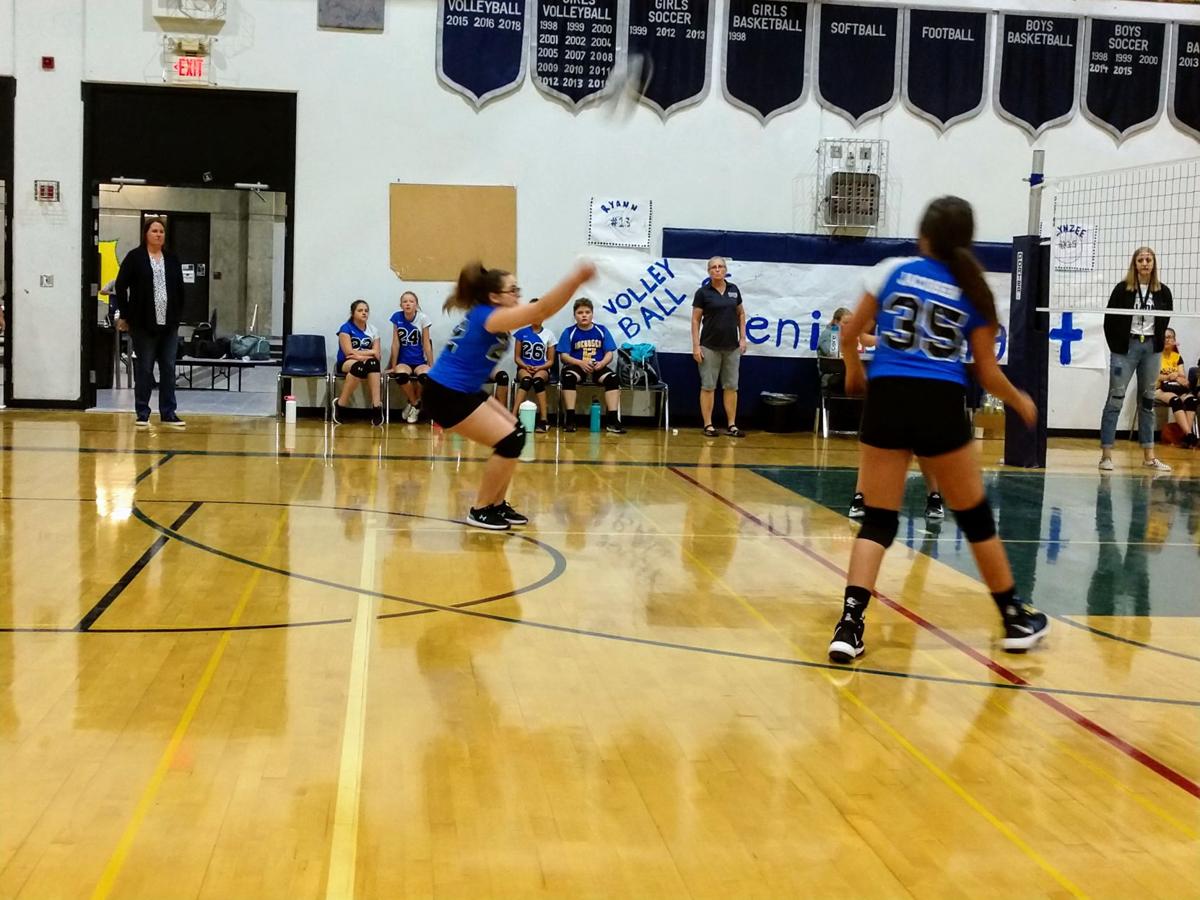 Kayden Killingworth digs out the ball. 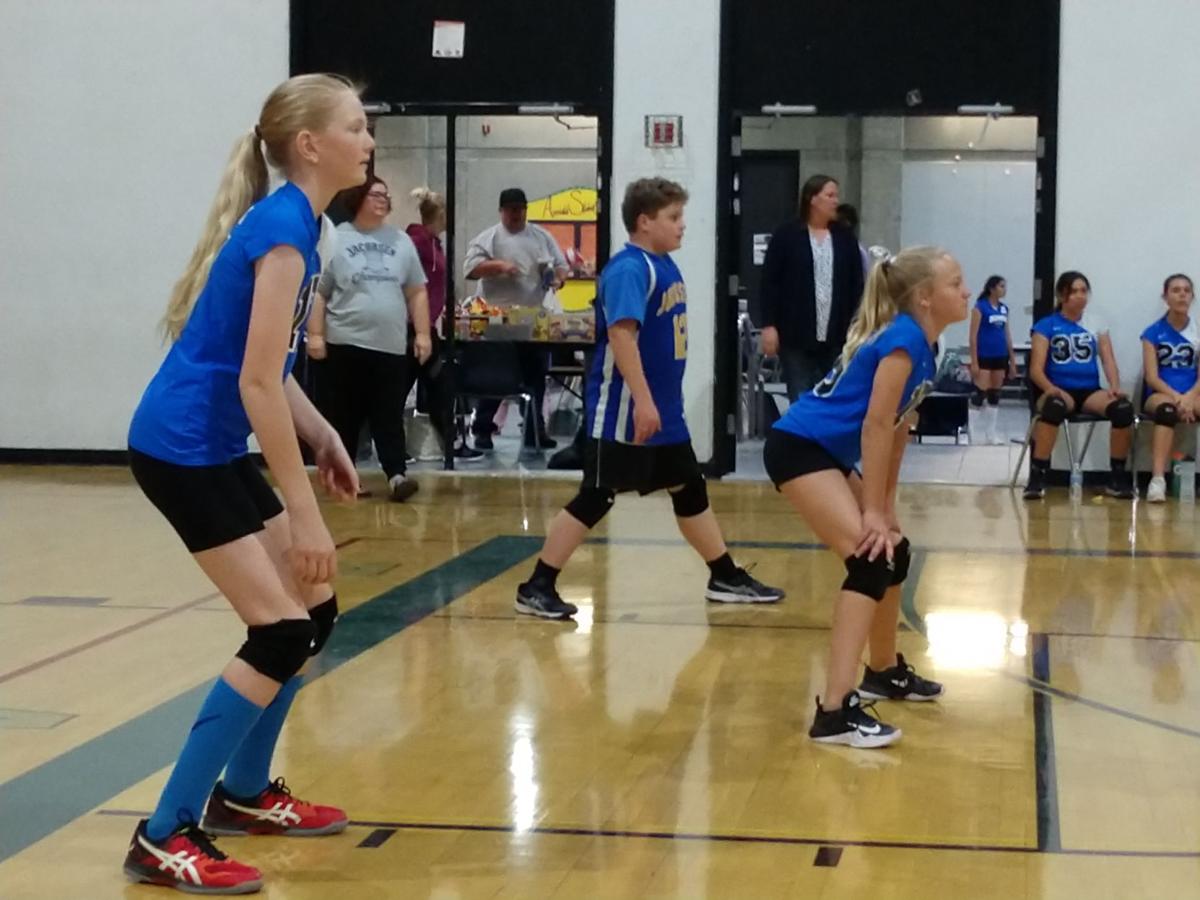 The Bulldogs celebrate a great season.

Kayden Killingworth digs out the ball.

The Jacobsen Middle School 6th-7th grade volleyball team just completed an outstanding season with a deep run in the Bear Mountain League Volleyball Tournament. The Bulldogs, who posted a 6-3 record during the regular season, went on a tear Saturday, defeating highly-seeded and previously undefeated teams, on their way to a thrilling championship game.

It all started Saturday morning, in the Frazier Mountain High School gym, with an opening round match against a scrappy Fairfax team. Despite trailing in both sets, the Bulldogs rallied, and pulled out a thrilling 25-23, 25-23 come-from-behind victory. Next up was a match with #4-seed Lincoln Middle School. Despite dropping the first set by a close 25-22 score, Jacobsen came roaring back, fueled by strong team serving, and took the second and third sets by scores of 25-14 and 15-6, to propel themselves into the semifinals.

The Bulldogs next draw was undefeated top-seed and tournament host El Tejon, who had beaten the Bulldog squad twice during the regular season. Jacobsen came out swinging, again serving and returning serve exceptionally well, to take a hard-earned 25-17 first set win. The Bulldogs then proceeded to take an 18-9 lead in the next set, only to see it evaporate on 12 unanswered service points from El Tejon, to trail 21-18. Managing to regain their composure, the never-say-die Bulldogs fought their way to a heart-stopping 27-25 win, to hand El Tejon their first loss of the season, and reach the championship game against Mountain View Middle School.

The Jacobsen squad continued their winning ways with a hard-fought 25-19 opening set win. Mountain View would not go easily, however, rallying back for a second set 25-18 win, forcing a third and deciding game. Alas, the Bulldogs' tournament run would come to an end, thanks to a tough service game from their opponent, dropping a 15-4 decision and ending their season with a hard-earned 2nd place trophy, and a 9-4 overall season mark.

Paul Askins is a team parent.