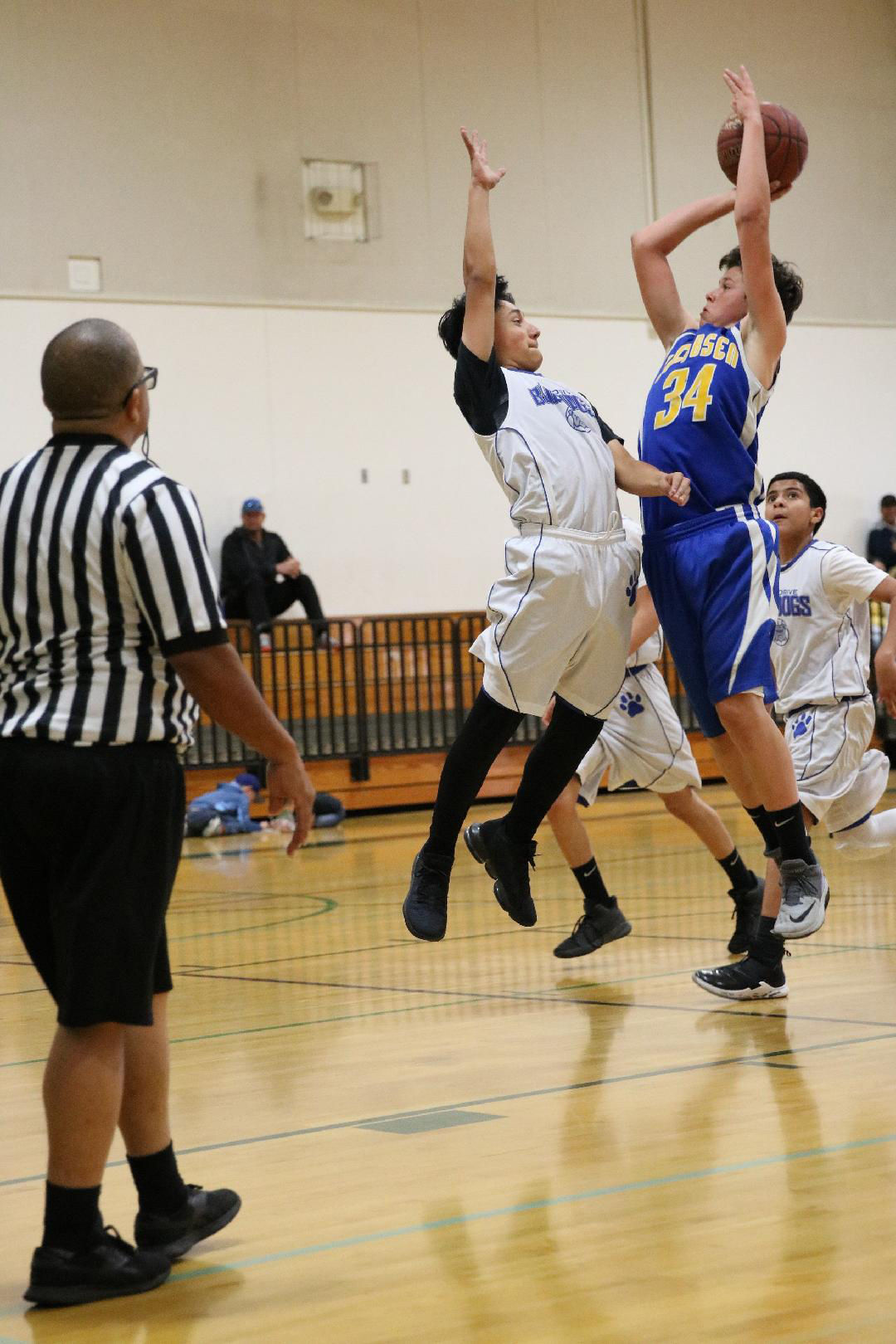 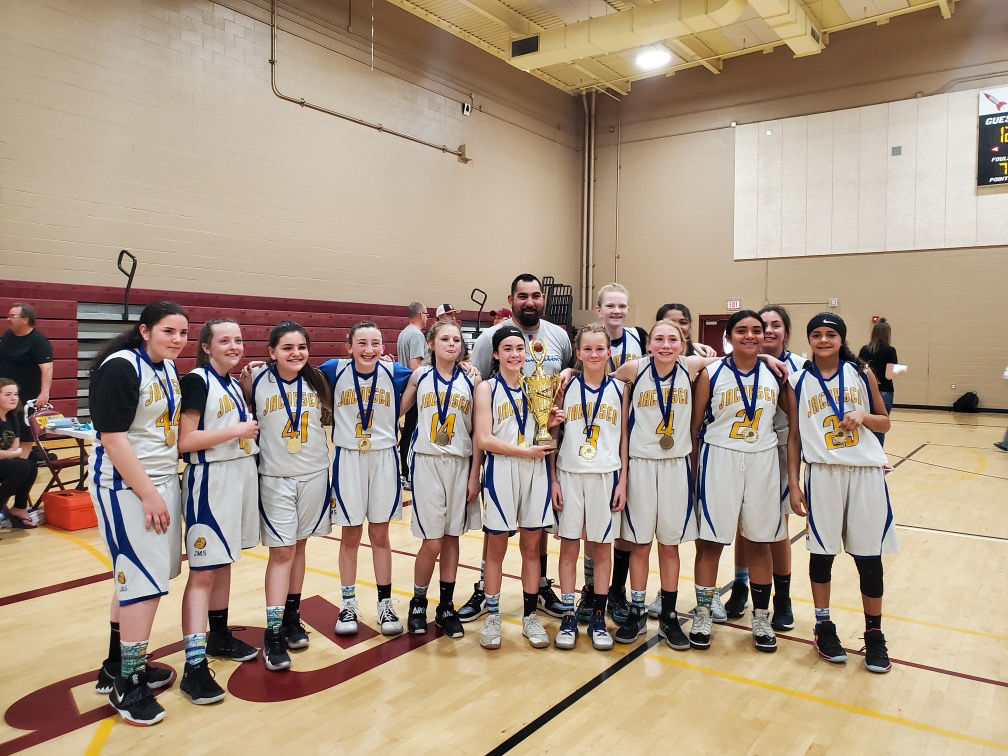 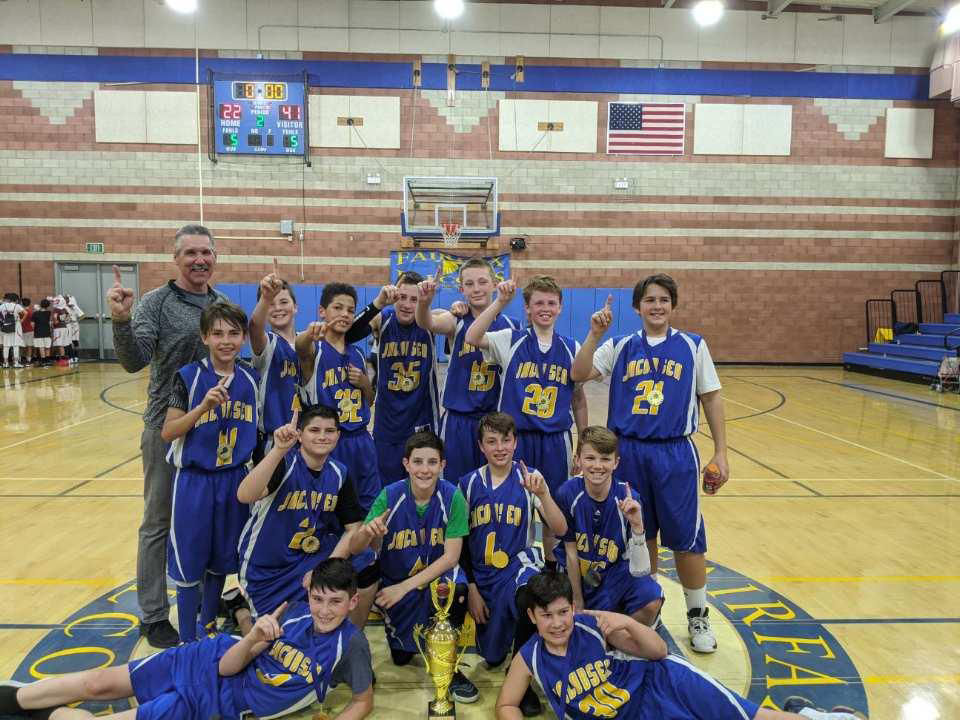 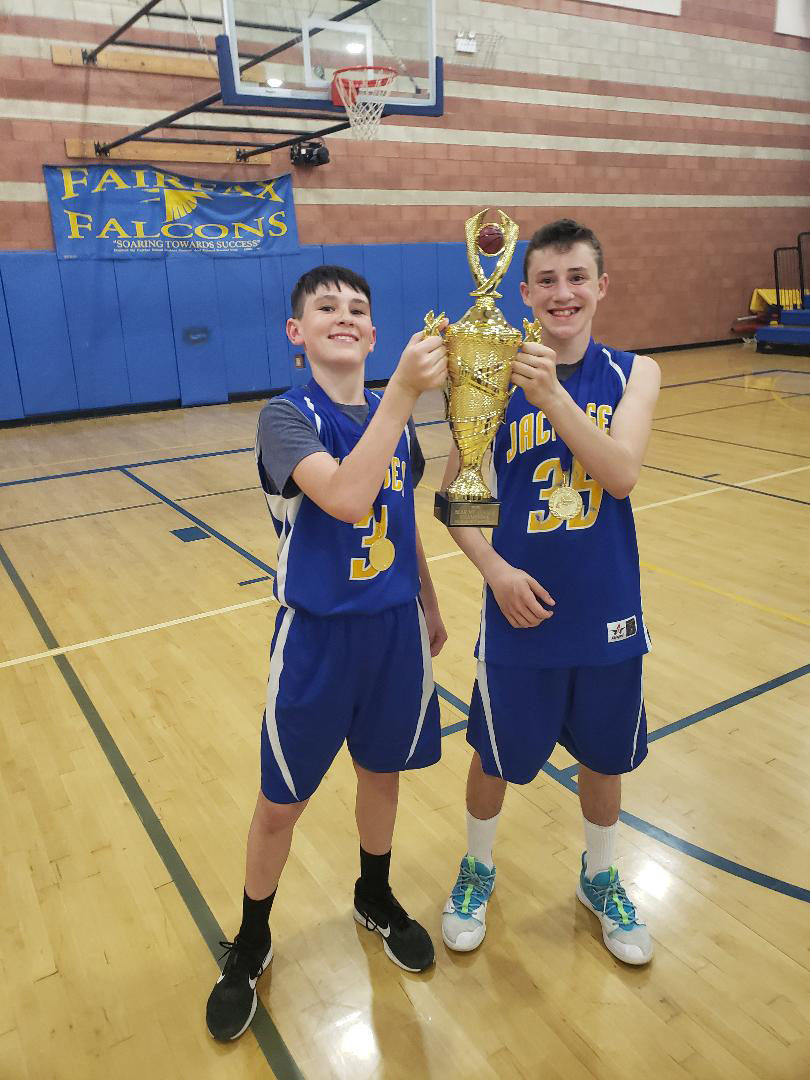 The Bulldogs' #3 Gabe Sipes and #35 Devin Jackson show off their team's trophy.

The Bulldogs' #3 Gabe Sipes and #35 Devin Jackson show off their team's trophy.

What an exciting Bulldogs basketball season we had this year. All the teams participated in the Bear Mountain League Tournament and all four teams made a championship game, with the seventh girls and boys winning titles! The eighth grade girls were runners-up, and the eighth grade boys lost in the consolation championship.

Coach Larry Skaggs had this to say about his fine seventh grade boys team: "We finished first in our league regular season at 6-1, No. 1 seed in the league tournament. Tournament champs finished 12-3 overall. Handed Murray their one loss of the season. This was a super competitive group, really starting to understand how to help and recover playing man defense. The effort they showed this season was outstanding, refused to lose. So proud of them."

I will add that their semifinal game against Olivier Middle was one of the best in-person basketball games I've ever seen. They trailed at halftime by 18 points. And had a furious comeback going when Gabe Sipes was fouled with 7 seconds left trailing by 2. He hit the first free throw to make it a 1-point game, and the crowd was going nuts.

He missed the second free throw, but Devin Jackson got the hard-fought offensive rebound and then hit the the game-winning turn-around jump shot with 1 second to go. After Olivier called a couple of timeouts to try and set up a play, the defense held up and a desperation heave by Olivier was no good. Then they beat Lakeside in the championship game later that day.

Coach Daniel Torres had this to say about his seventh grade girls team, which who dominated in every game I saw: "The seventh grade girls did great this year learning a strong defense and aggressive offense that led them to take first place in the Bear Mountain League. They worked extremely hard and definitely deserved this undefeated season and first place champions."

Coach Daniel Ferry was excited about his team's season: "The eighth grade girls finished their season with a league record of 7-1, good enough for second place to Lincoln (Taft), and an overall record of 1-4. And they finished in second place in the League tournament. They had a great season and just fell short in the final buzzer with a shot going in by Lincoln as time expired to lose 30-29. But it was a great season for the girls!"

The eighth grade boys battled in their games and just came up a few points short in the consolation championship, but they played hard and I'm sure they will improve both as individuals and as a team the next couple of years as they graduate to become Warriors!

Darrel Sipes is the parent of a seventh and eighth grade Bulldog.