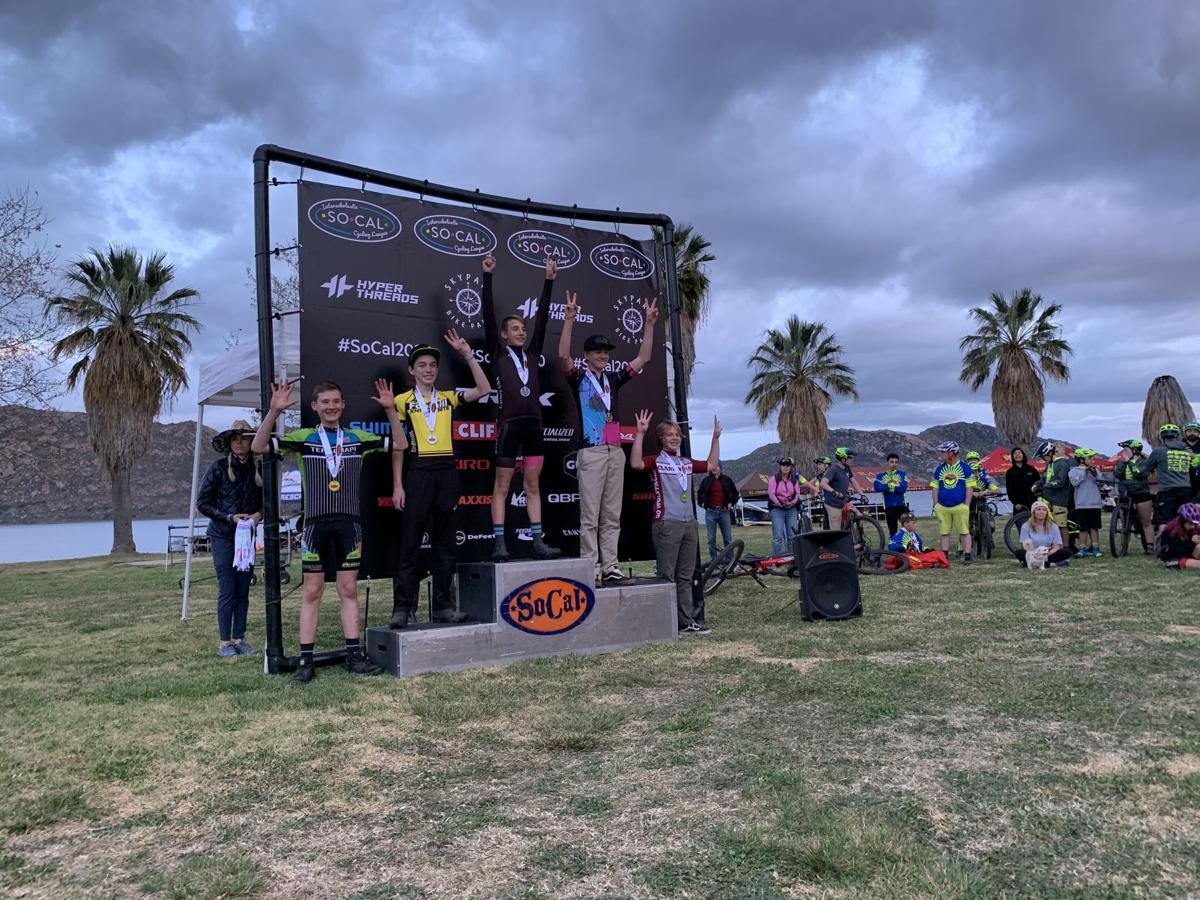 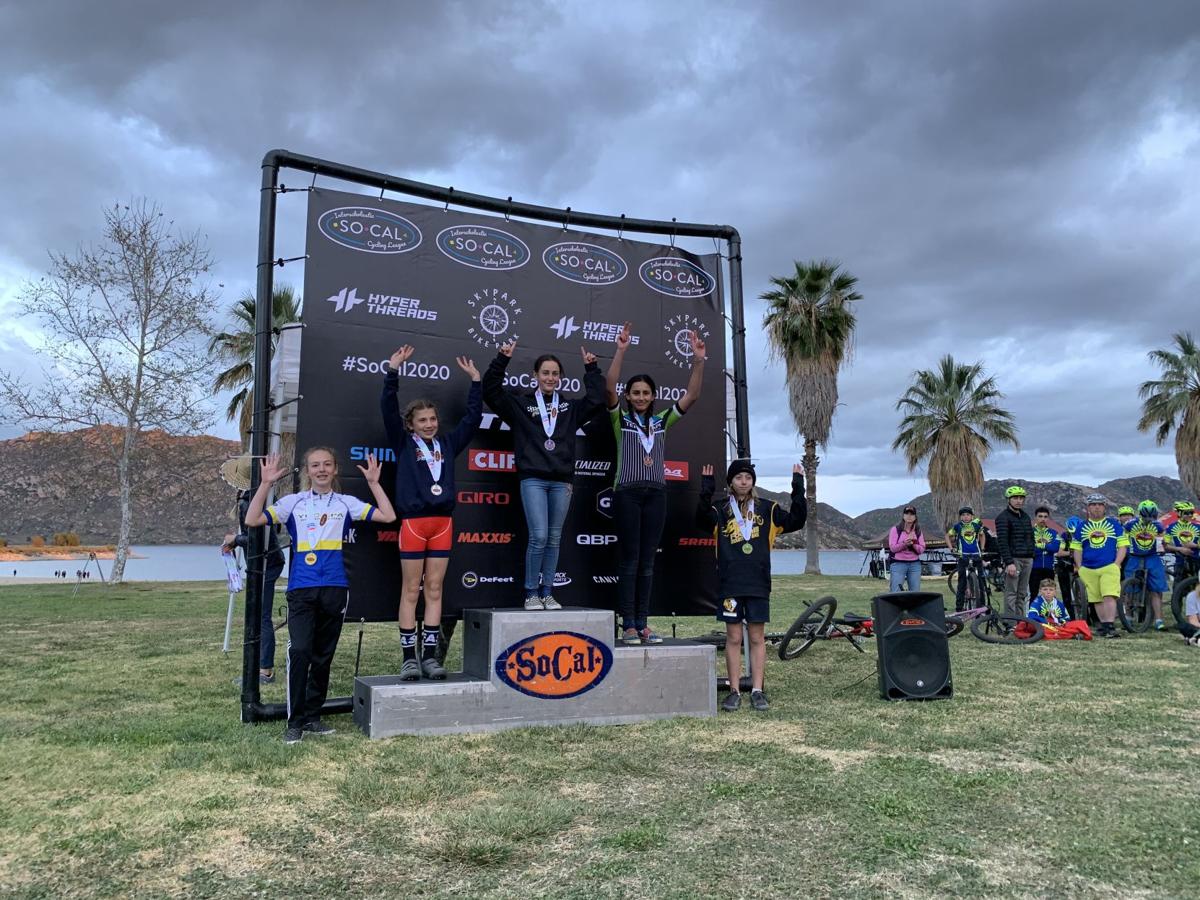 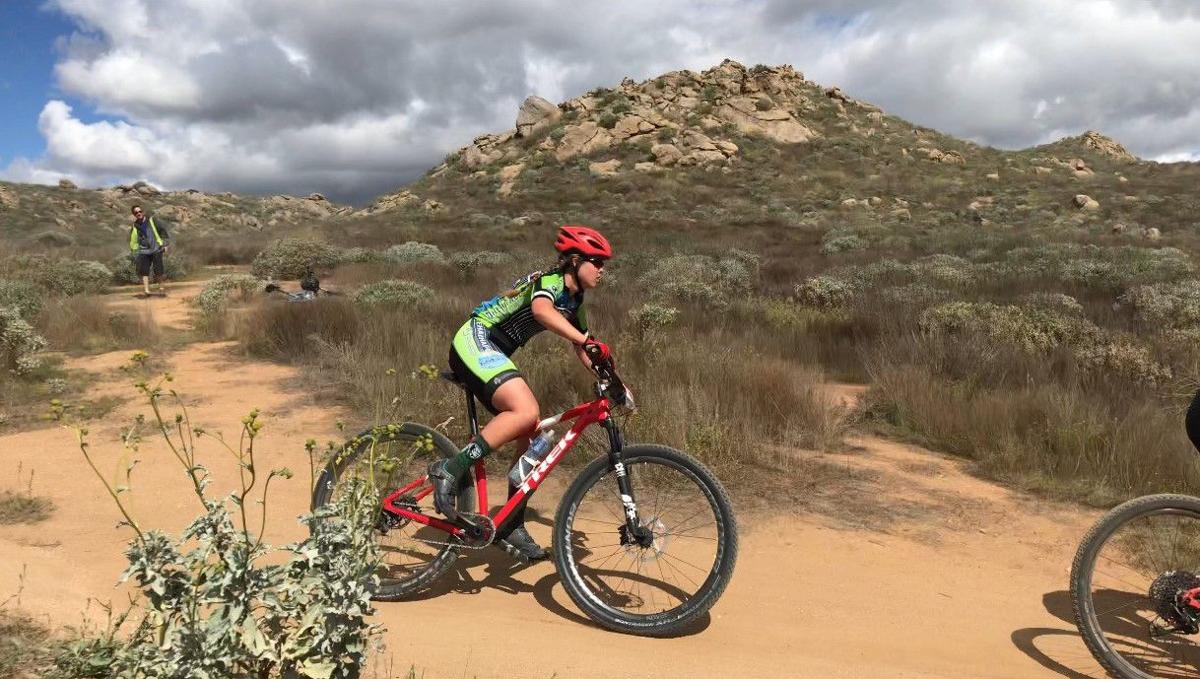 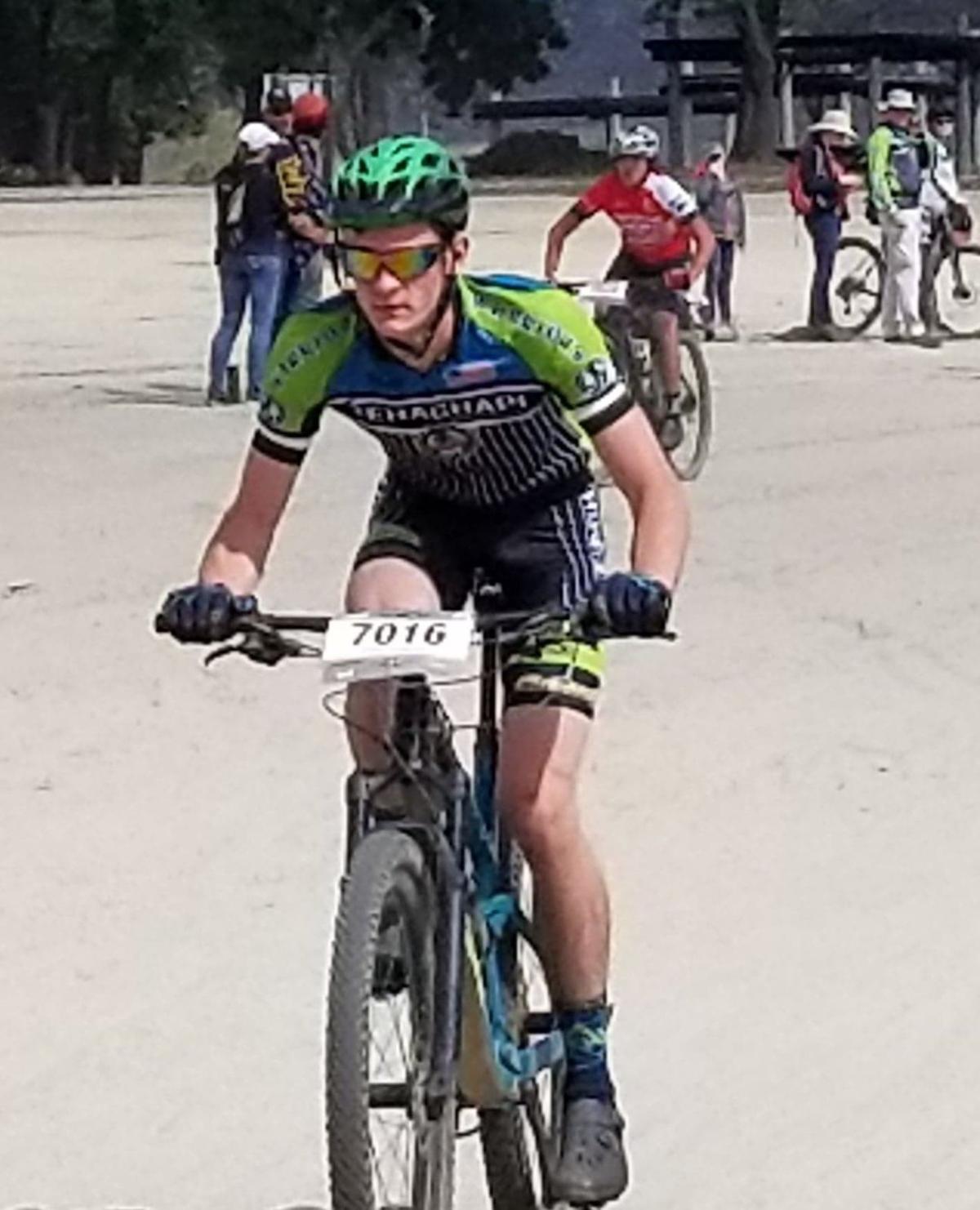 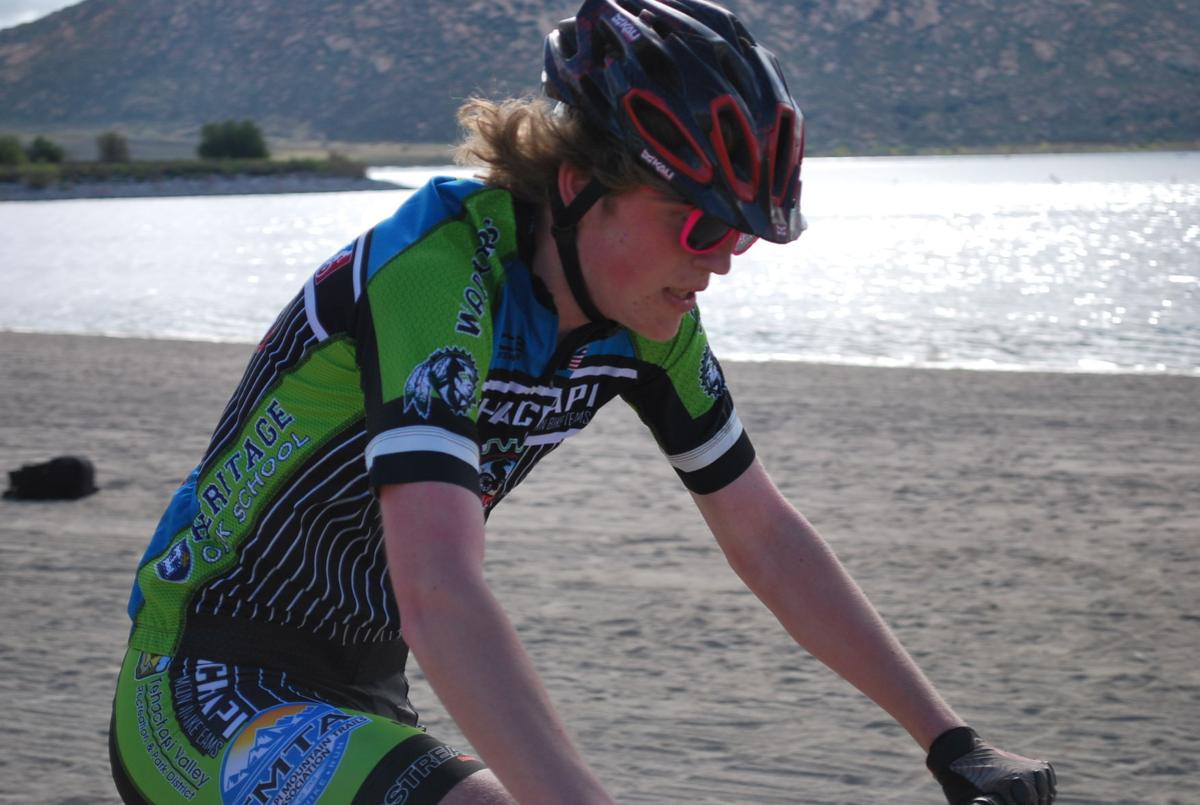 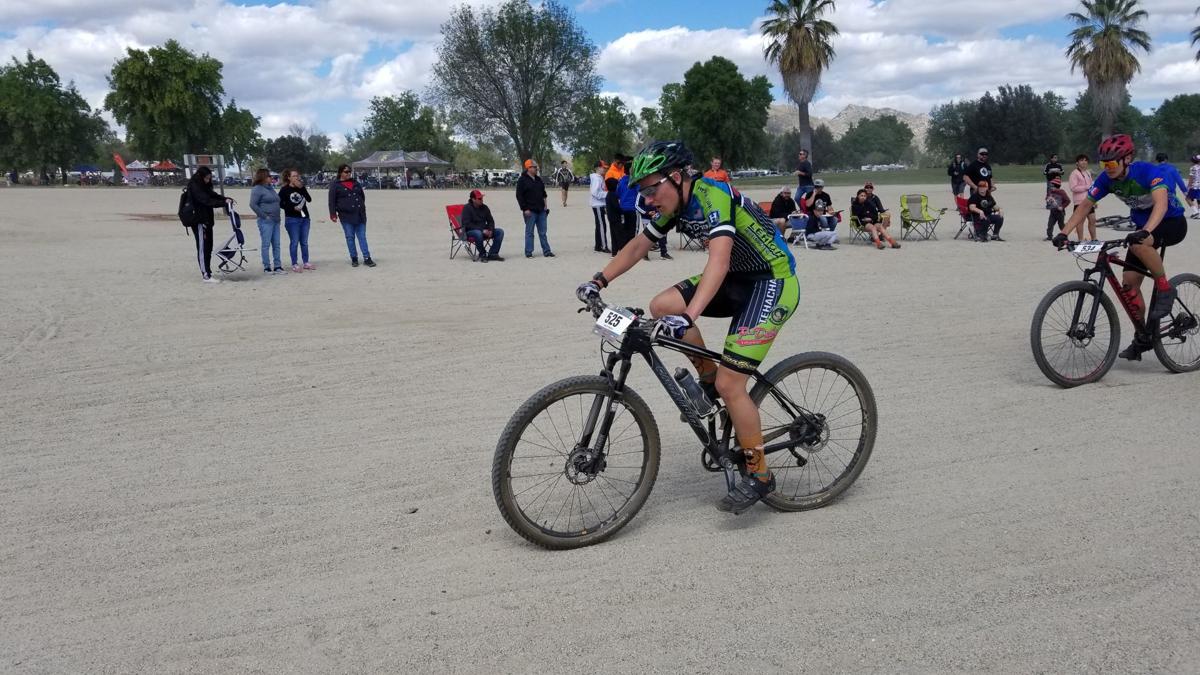 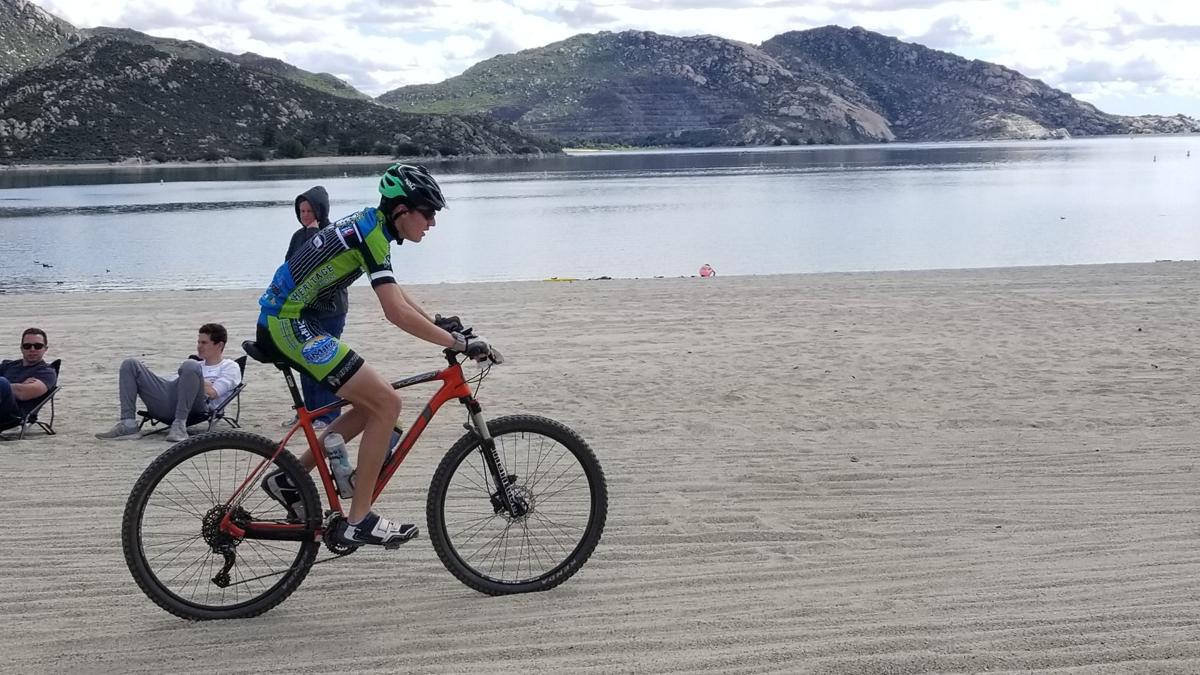 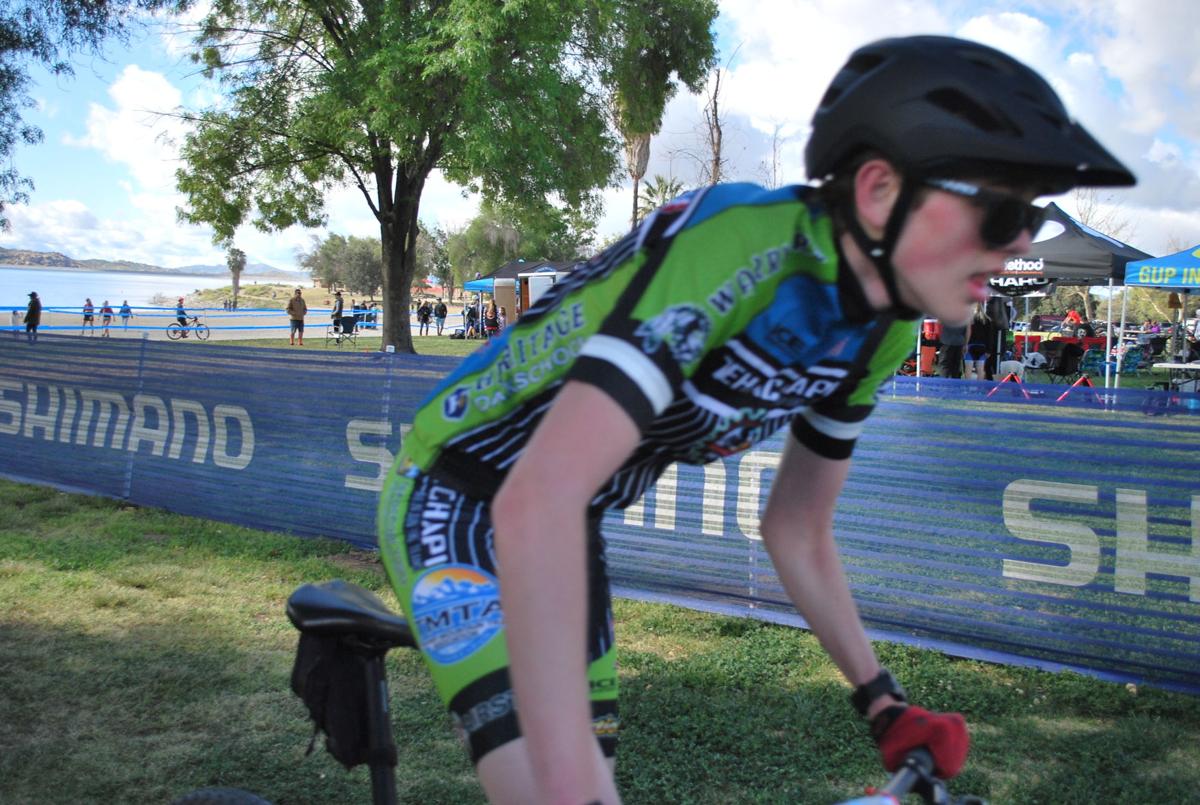 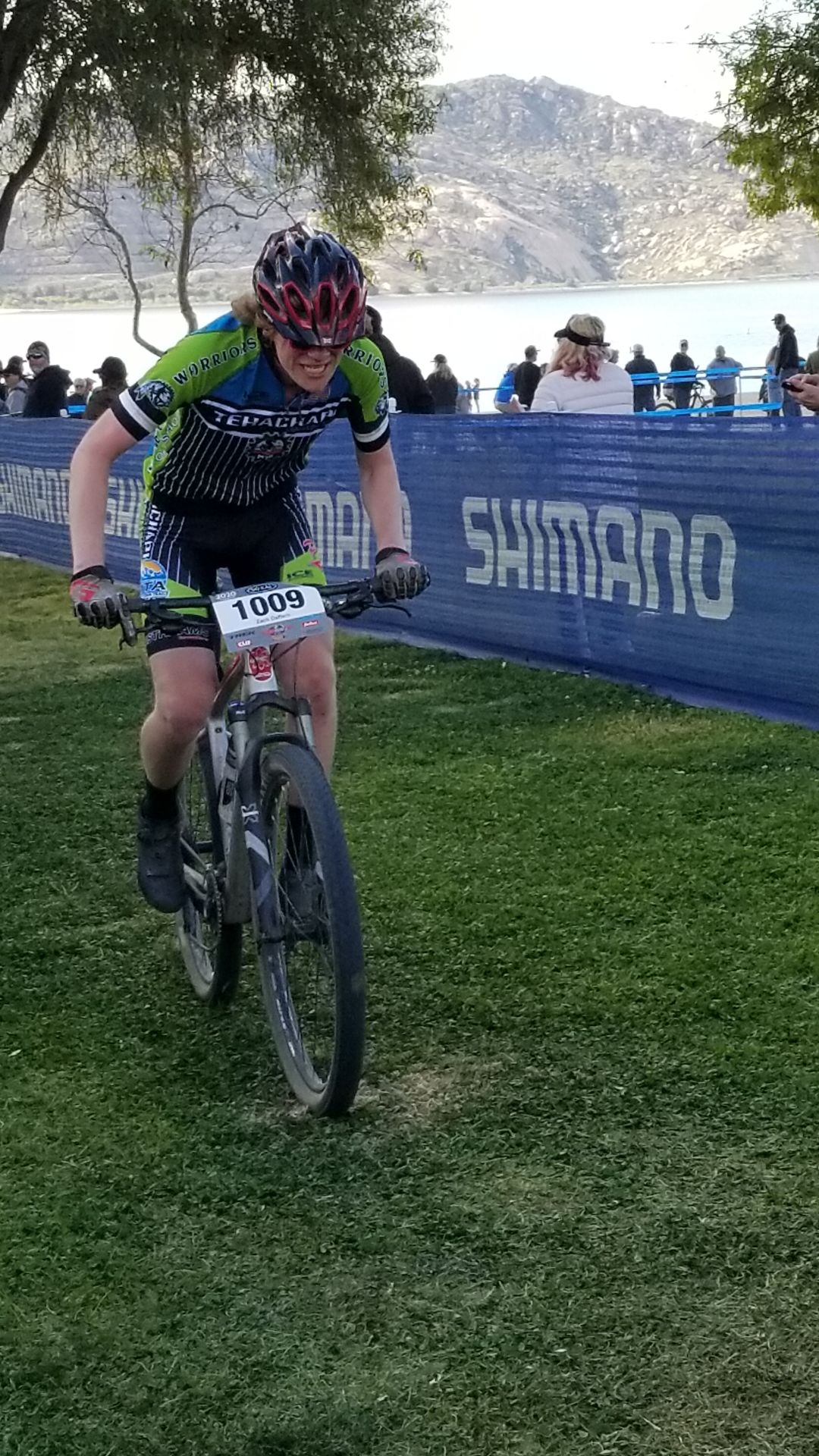 Zach Daffern is determined to get to the finish. 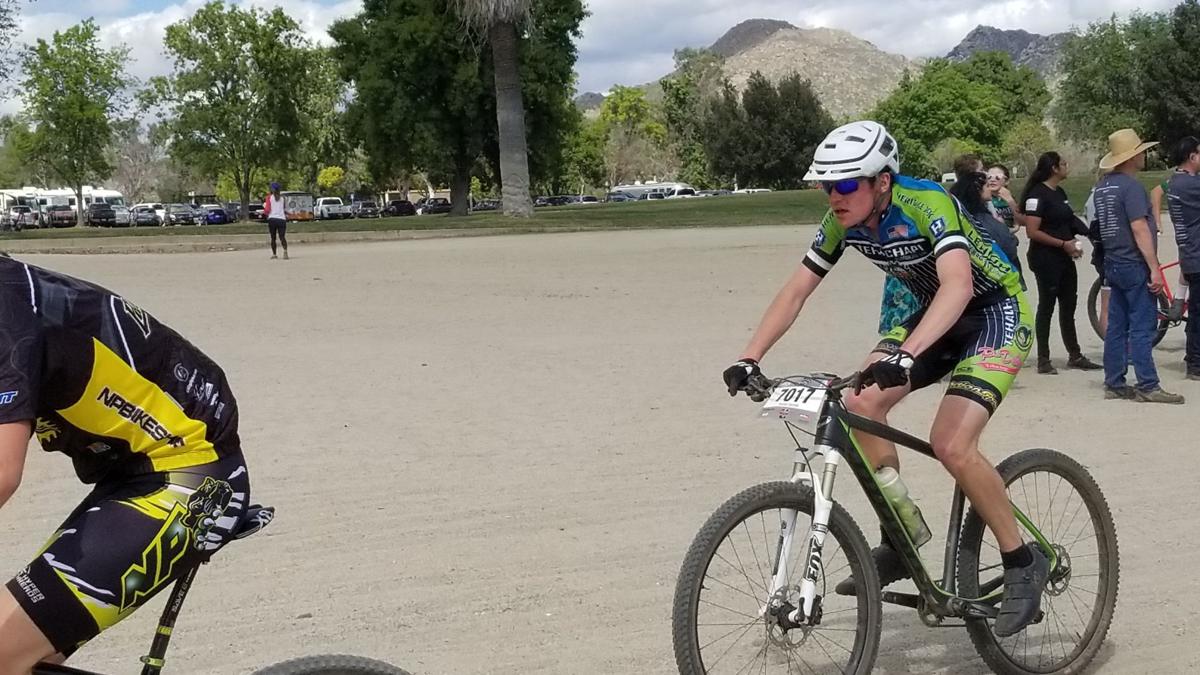 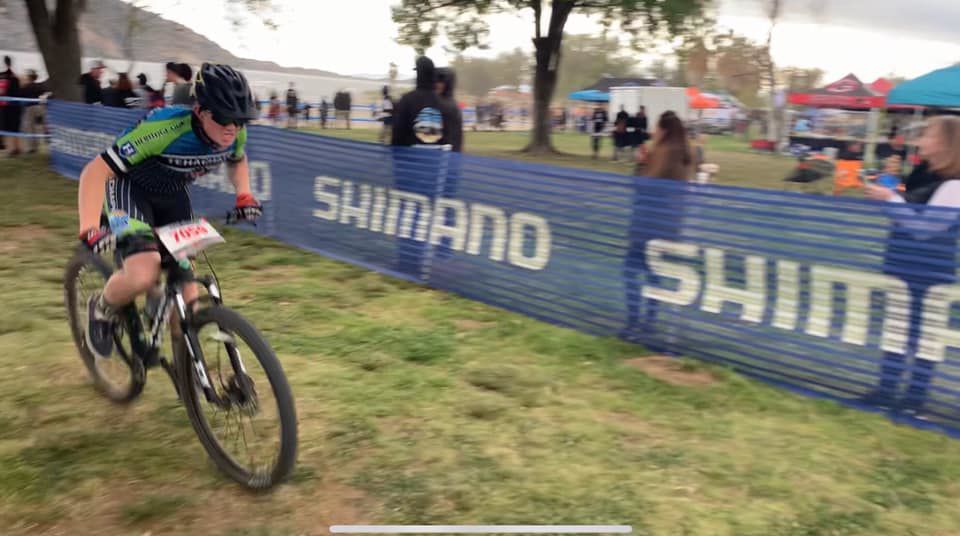 Zach Daffern is determined to get to the finish.

Twenty-seven students from Tehachapi Mountain Bike team competed in a cross-country mountain bike race the weekend of March 7 and 8. Tehachapi brought home a fifth and second place finish on top of many top finishers.

The race was held at Lake Perris, Calif., a large recreational area and campground that is complemented by green rolling green hills, small rocky mountain ranges and a charming lake for swimming, boating and fishing. The race course was described as smooth and flowy, a perfect design for the first-time racers and a great way to break in the season. The temperatures of 50- to 60-degree weather, with patches of clouds, kept the athletes cool during their long push through the mountains.

On Friday, families and competitors rolled into its bustling campground as bikes hung on their vehicles. Kids burst out of the cars, excited to set foot on the still ground while parents set up camp. Near the start of the race course coaches from cities as far south as Chula Vista marked the spots to set up their team tents. The tents display the team colors, the city and the sponsors who make it possible for the riders to be there.

The first day of the season opened Saturday. The parking lots filled with even more cars full of riders and their bikes. Teams began to assemble around their team tents for pre-rides, which allowed the competitors to see the course before they race. At 2 p.m. the races began with hundreds of middle school riders. As each group was divided by their grade level and division, the kids nervously took to their positions. Eleven students from Tehachapi raced in the middle school division. While all of them did well, two riders earned a spot on the podium.

Tehachapi rider Solai Smith, a composite rider who attends Valley Oaks, has been riding on the team for three years. This year before her first race, she told her mom, “I’m going to make podium, I just know I am.” And that is what she did. Smith had a smooth ride and rolled through the finish line in second place, giving her that moment to stand on the podium just like she said she would.

Matthew Buckroff, an eighth-grade composite rider, has been riding with the team for two years. This weekend he stood on the podium in fifth place. When he crossed the finish line, Buckroff thought he was in sixth place. He said, ”I thought I was in 6th place, but the coaches held up five fingers and said I got fifth.” His face showed pure exhaustion and joy as he crossed the finish line. He smiled big, then rested his head on his handle bars. Podium awards are given for 1st through fifth place.

Sunday hosted the high school races. Sixteen kids from Tehachapi competed. One of the most difficult high school divisions is the Varsity group. These kids are selected. Their positions are earned. They have proven themselves to be the fastest of the fastest. Josiah Hopkins from Heritage Oak School and Sofia Schaeffer of Tehachapi High both competed in their first Varsity race. Schaeffer and Hopkins knew the competition they were up against. Past Varsity riders and champions have often moved to professional levels and turned their cycling success into a career or an opportunity for great scholarships. Last year’s 2019 women’s CX world champion was a NICA Varsity rider and state champion.

Scheaffer made it a goal to ride at least 100 miles a week as part of her training.

“I was a little worried about the three laps, but I actually liked it more than the two laps last year. In the beginning I was with the first group of girls, then everybody started to spread out. I wanted to get ahead of a couple girls before the downhill, because that is where I can get ahead. Also I can’t see very well when I’m behind on the downhill and I have to use my brakes and I don’t like to use my brakes. Going into the second lap, I was feeling tired, but I pushed through it and started to feel really good. I was just really excited to finish my first Varsity race," she said. Shaeffer finished strong in 13th place.

Josiah Hopkins worked hard on the mountain during practice, leaving the coaches with no other option than to keep up using an e-bike. The boys Varsity races are the longest distance race in the league. On this course they pushed through 22 miles of dirt, climbs and rolling descends. As Hopkins started his first lap of his Varsity race, he paced himself with the lead pack, but was edged off the course, causing him to crash. With a broken handlebar, shifter and questionable brakes, Hopkins got back on his bike and finished 17 out of 33 Varsity riders.

This was the first race of the 2020 season. All of Tehachapi’s competitors rode hard and did well. The NICA League is a great athletic program designed for young kids.

And while this is not a contact sport, or at least was not designed to be one, the league director and staff have all agreed it would be best to cancel the next race in March, due to the governor’s advice regarding the new and evolving coronavirus.

For more information on the SoCal NICA league, race results and updates, you can visit SoCaldirt.org.

April Wood is a parent and coach with the team.