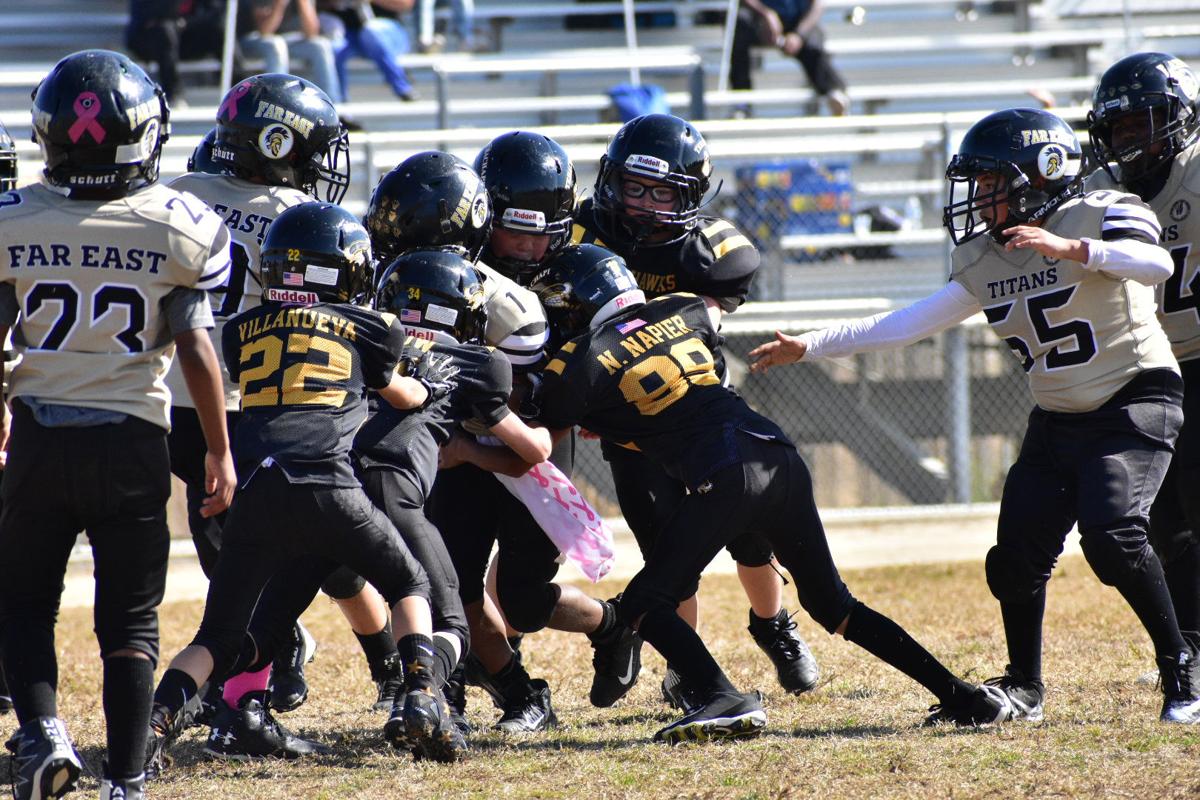 A swarm of sophomore Tomahawks defense comes in for the takedown. 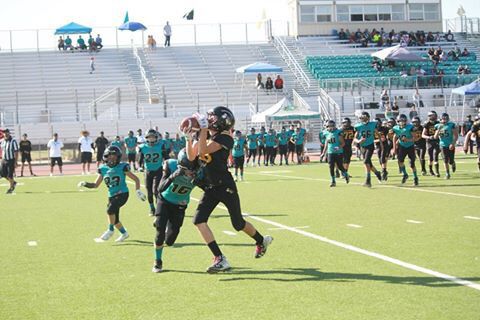 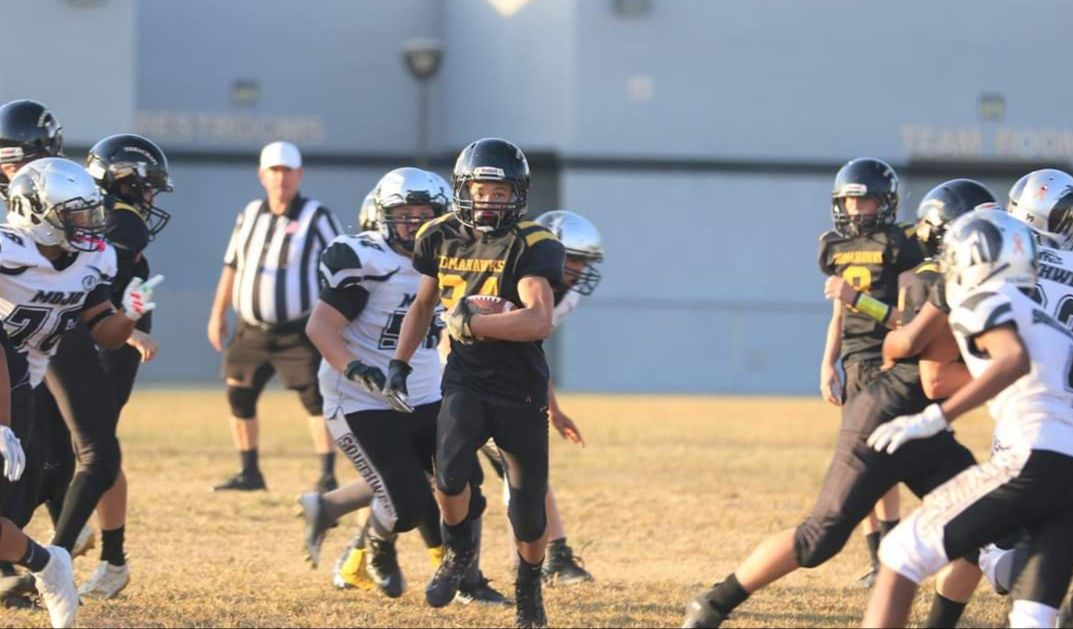 The varsity offensive line clears the way for No. 34 AJ Anderson, running for 17 yards and a Tomahawk first down.

A swarm of sophomore Tomahawks defense comes in for the takedown.

The varsity offensive line clears the way for No. 34 AJ Anderson, running for 17 yards and a Tomahawk first down.

Leave it all on the field.

If you’ve ever played football, you’ve undoubtedly heard a coach say this time and time again. But what exactly does it mean? For some it may simply mean giving your all physically until the final whistle. Others may tell you that it is more about the amount of heart you put into every play, and the moments in between the whistles.

No matter which definition resonates with you, the Tomahawks were the epitome of leaving it all on the field. With three nail-biting, edge-of-your-seat, heart-stopping games, the sophomores, junior varsity and varsity teams gave it their all in every aspect.

In the sophomore matchup vs. the Far East Titans, the Tomahawks fell short of the victory 22-26. Scoring in the day were Colton Michael and Roland Pina, with Austin Rolow and Tristan Smith both contributing for some big yards. Center Brody Nylander and and lineman Christian Tapia had some key blocks that allowed for the yardage on the ground and in the air. On the defensive side of the ball, Richard Cuellar and Holden Syverson both had tackles for a loss.

“This team played their hearts out for us all season, leaving it all on the field,” said assistant coach Brandon Billings. “As a coach and a fan, I couldn’t be more proud of this team.”

Coach Jeremy Smith said, “The kids played hard every game and showed great sportsmanship on the field and off. This battle we just fell short."

The junior varsity Tomahawks came in expecting a very tough playoff game and that's exactly what they got from the Delano Thunder. Yards on the ground were very hard to come by against a bigger Delano team, so the Tomahawks went to the air and came up big with 3 touchdown passes from quarterback Moose Brus. Wide receiver Gabe Sipes hauled in two touchdown receptions and his counterpart Devin Jackson hauled in a touchdown catch as well. Kicker Carter Kolesar went 2/3 on PATs; unfortunately, a Delano player got through and blocked the last attempt.

It was a tough battle defensively and the Tomahawks gave up a few big plays but settled down and came up with some huge stops, but ultimately ended up short against a very good Delano team, 24-22.

“Before the game the message from Coach Sedano and Pete Smith was for the team to leave it all out on the field, and that's exactly what the boys did,” said head coach Larry Root. “The Tomahawks played their hearts out for themselves, family and fans and it showed by the reception they got from the crowd when it was all over. I have coached a lot of teams over the years, but to get 33 players to get along as well as they did and to play just as well was amazing to me. It was the most easygoing, easy to coach group of boys I've ever been a part of.”

Coming off back to back exhilarating wins, the varsity division knew they would have a challenge on their hands. Although the boys played a solid first half, they went into halftime trailing the Southwest Mojo 8-20. After a halftime reset, and a reminder going out to the boys of who they are and why they were there, they came out hot to start the 3rd quarter. The defense denied the Mojo another trip to the end zone, while the offense hit the gas pedal controlling the clock and moving the ball. The Tomhawks were able to score two more times, taking the score to 28-20. Late in the 4th quarter, linebacker AJ Anderson was able to pick off and attempted Mojo pass, sealing the team's 36-20 victory.

“I was super proud of our boys effort,” head coach Rodney Michael said of the team. “They played hard and dominated the second half. Watching them develop into a family of brothers, playing for each other, is something special to be a part of."

The varsity boys will travel to Garces Memorial High School on Nov. 9t to face the Titans in the Conference Championship game; time has yet to be announced. For updates on game time, check our Tehachapi Youth Football and Cheer page.

This game promises to be another grudge match as these two teams have history. We would love to pack the stands with not only family and friends, but also members of our community who love an action-packed sporting event.

Sara Brus is the junior varsity team mom, parent and a TYF board member.