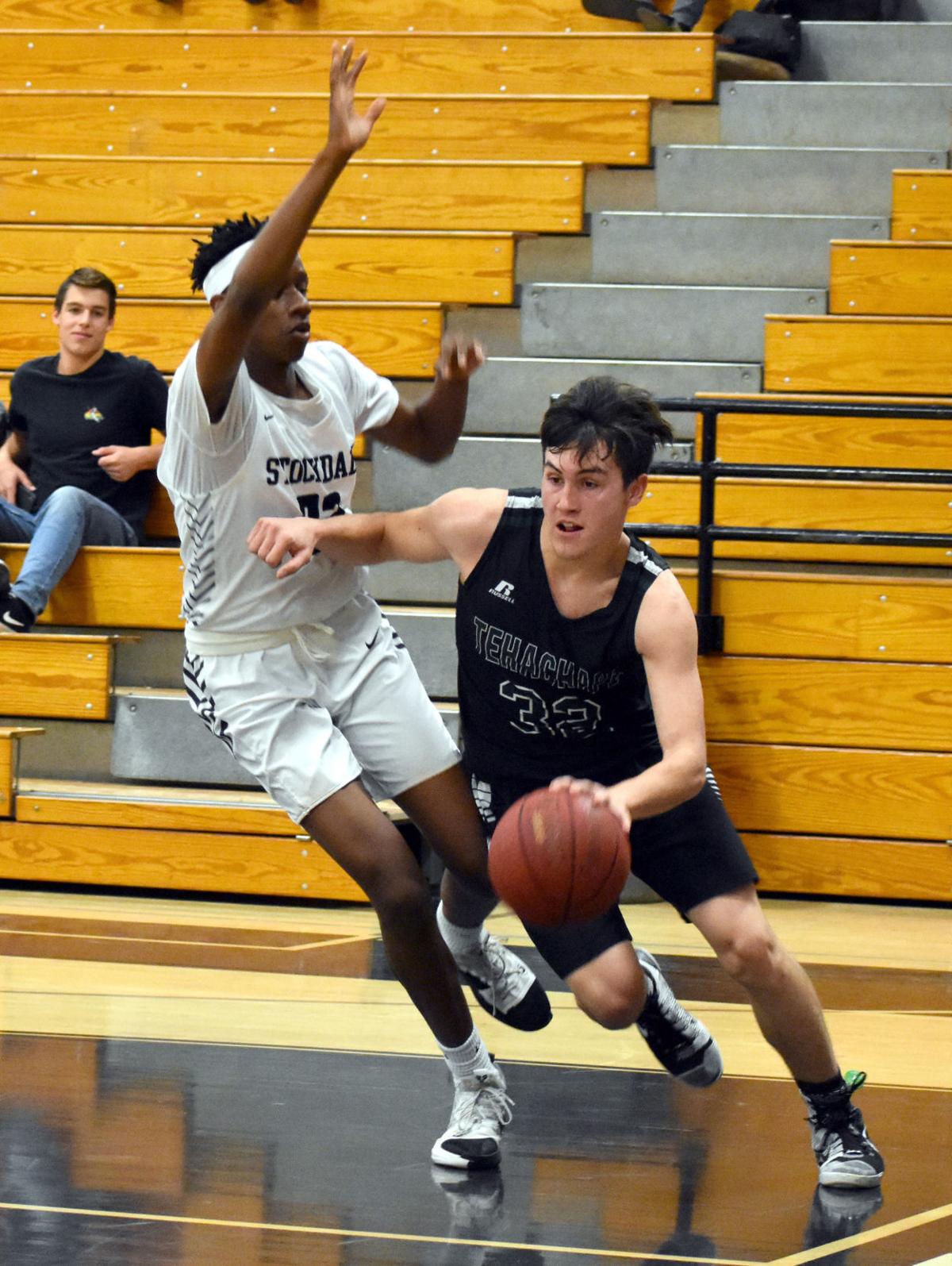 Warrior Nathanael Betz dribbles around a defender in pre-season basketball action against Stockdale. Betz recorded a double-double for the Warriors with 16 points and 10 rebounds in a losing effort to the Mustangs, 75-59. 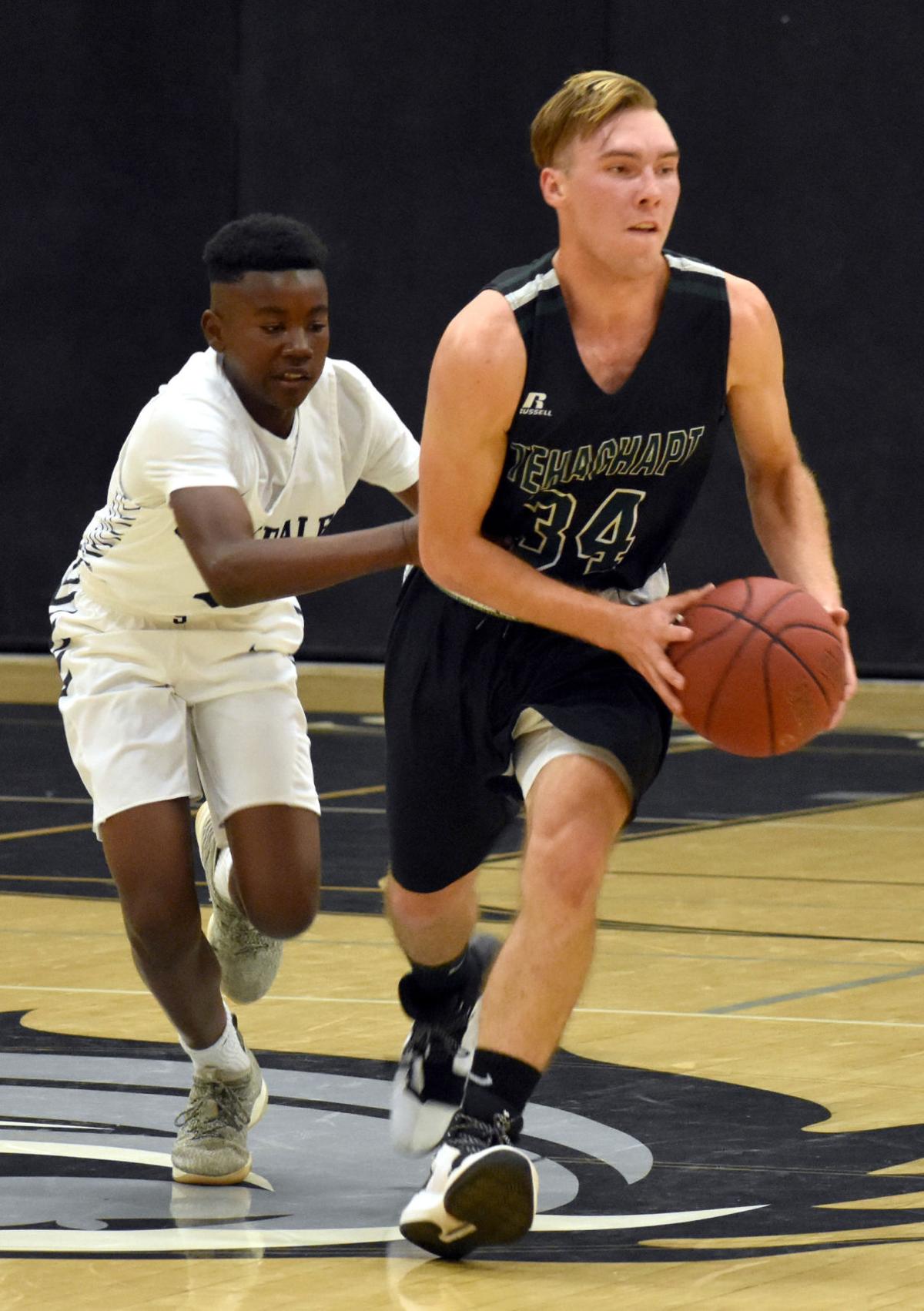 Warrior Nathanael Betz dribbles around a defender in pre-season basketball action against Stockdale. Betz recorded a double-double for the Warriors with 16 points and 10 rebounds in a losing effort to the Mustangs, 75-59.

It was a promising start for Mountain basketball in their season opener against Stockdale.

But as the game wore on, the Mustangs forced multiple turnovers with relentless full-court press defense to hand the Warriors their first loss of the season, 75-59.

Tehachapi (0-1) opened the game on fire by taking a quick 8-0 lead behind a three-pointer from Nathaniel Webb and a steal and bucket from Zach King. The early surge forced a visibly upset Stockdale coaching staff to take an early timeout.

After the short break, the Mustangs settled into a rhythm and went on a 17-8 run to take the lead. The Warriors regained the advantage with a Ryan Jones basket for a narrow 18-17 lead to close the first quarter, but Stockdale would go on to record a 22-12 run in the second quarter to pull away.

Nathanael Betz recorded a double-double for the Warriors with 16 points and 10 rebounds, while also logging in three steals and two assists.

The Warriors will have their home opener this Tuesday, Nov. 19, against McFarland. Frosh-Soph (4 p.m.) and Junior Varsity (5:15 p.m.) will start the action before Tehachapi tips off at 6:30 p.m. in the THS gym. Mountain basketball will also be participating in the Mira Monte Tournament in Bakersfield this weekend, Nov. 21-23.

The Braves opened their season in impressive fashion with a 46-32 victory over Stockdale. Wyatt Baldwin led the team with 16 points, followed by Max Meza with nine points, Tyler O’Brien and Luke Cramer with seven points apiece and Matthew Jones with five points.

The Indians dropped their season opener to Stockdale in a narrow 28-25 defeat. Turtle Thomson and Corey Perkins were the leading scorers for Tehachapi (0-1).