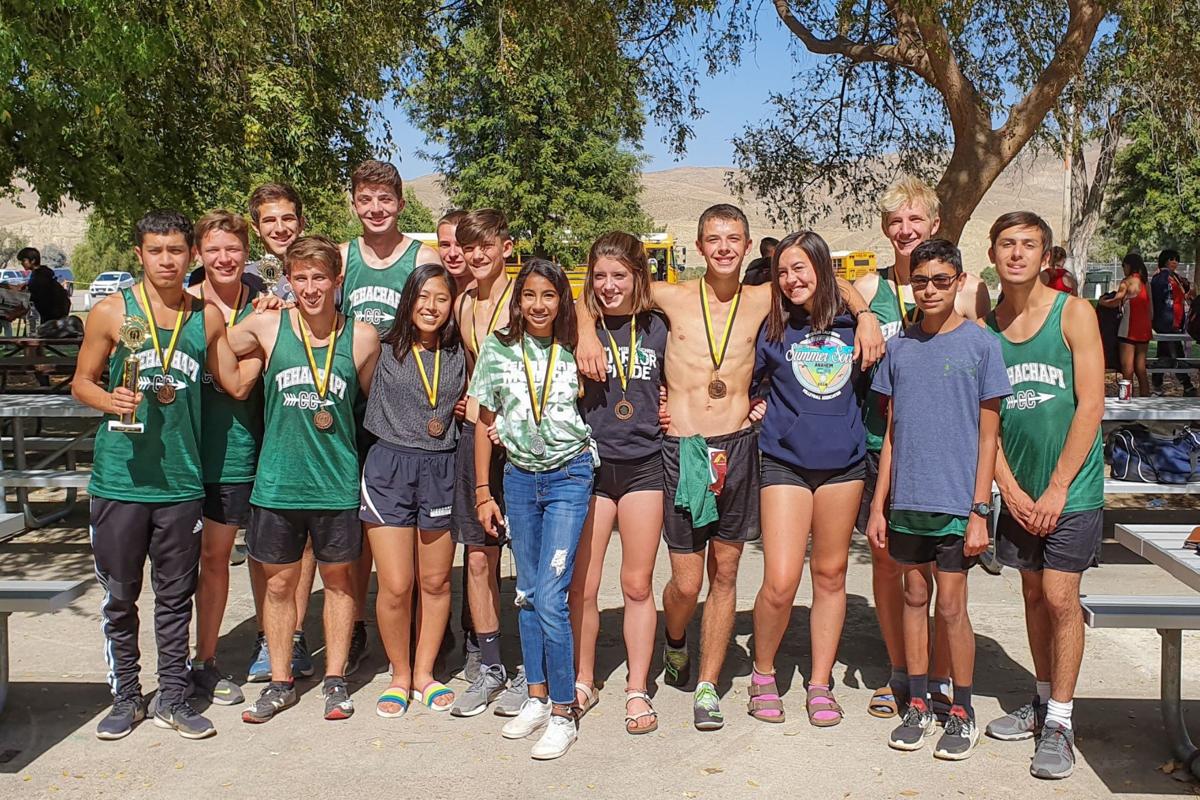 All of Tehachapi's runners at the Ted Oliver Foothill Cross Country Invitational at Pyles Boys Camp on Saturday. 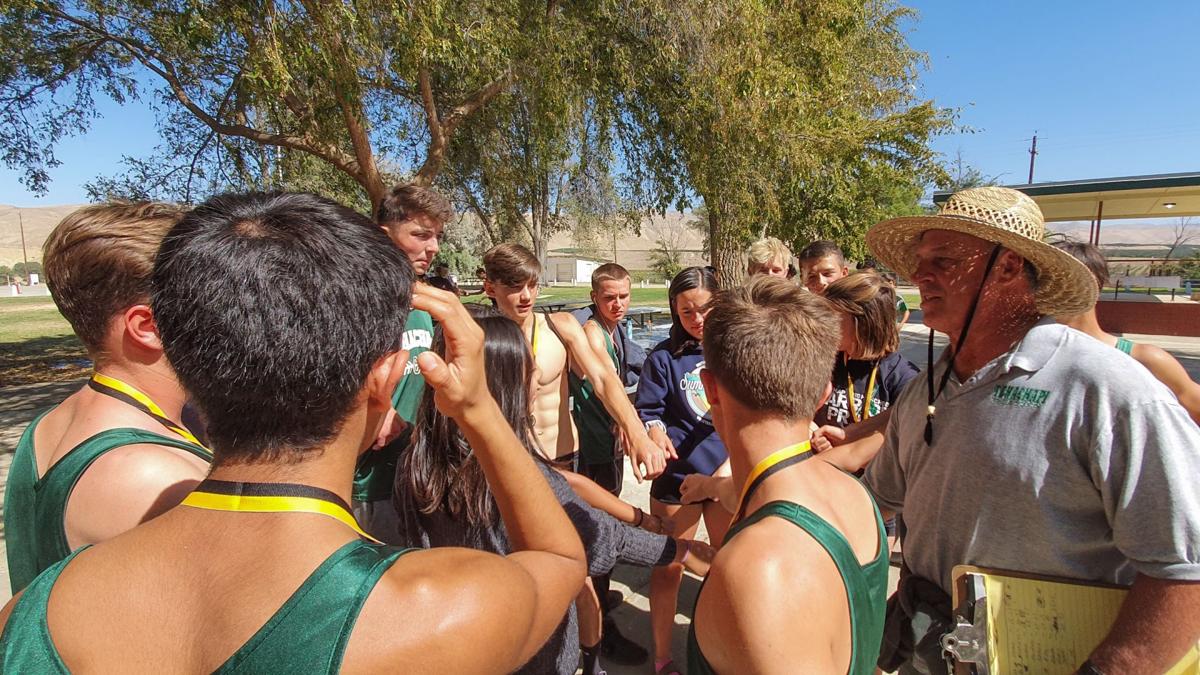 The Warriors cross-country team huddles up during the Ted Oliver Foothill Cross Country Invitational at Pyles Boys Camp on Saturday . 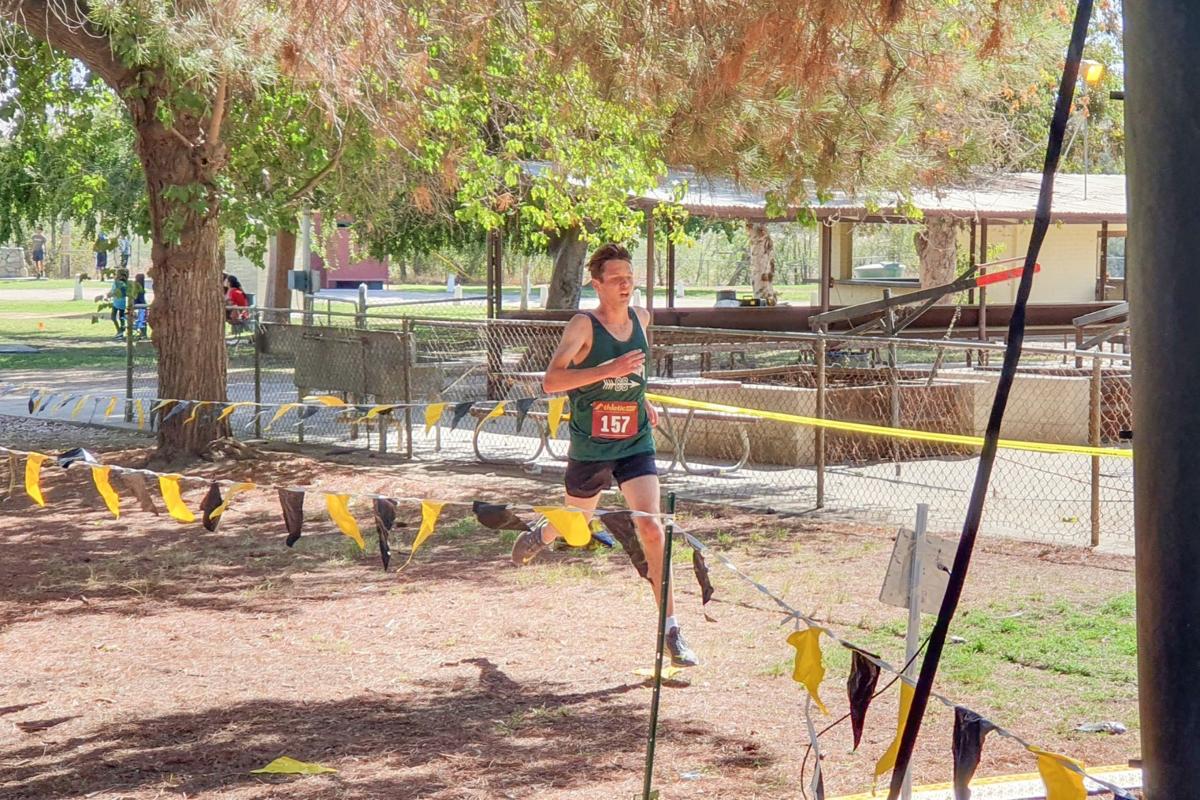 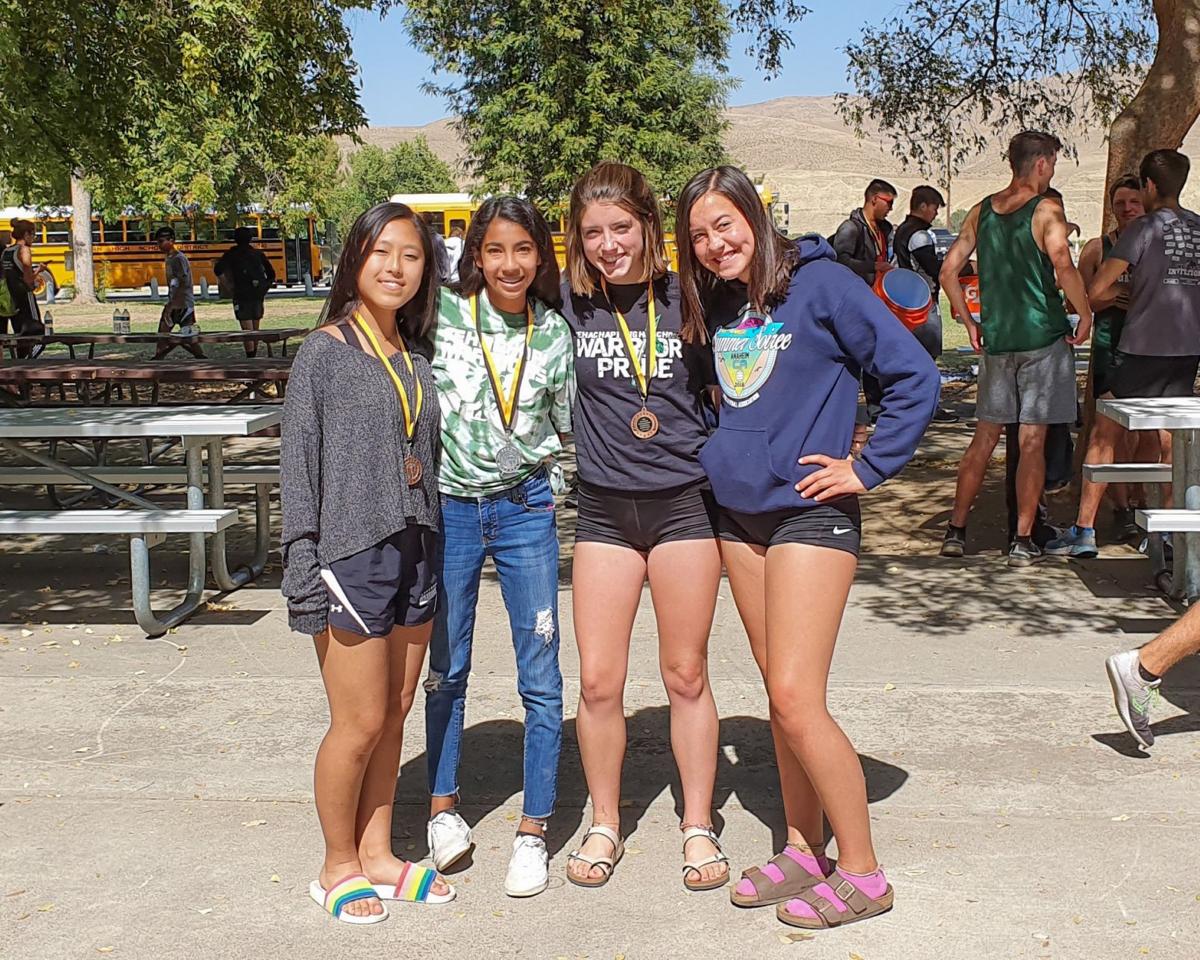 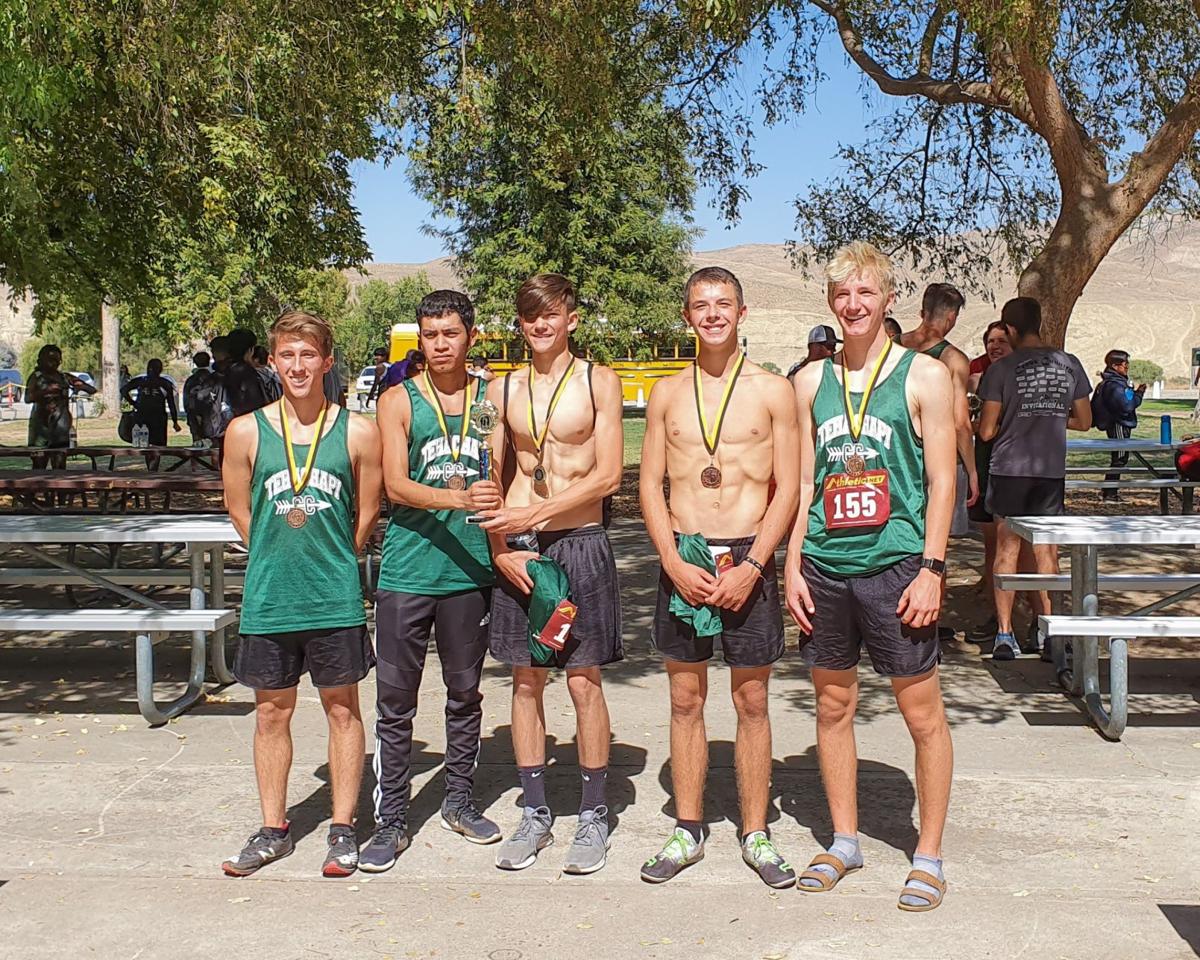 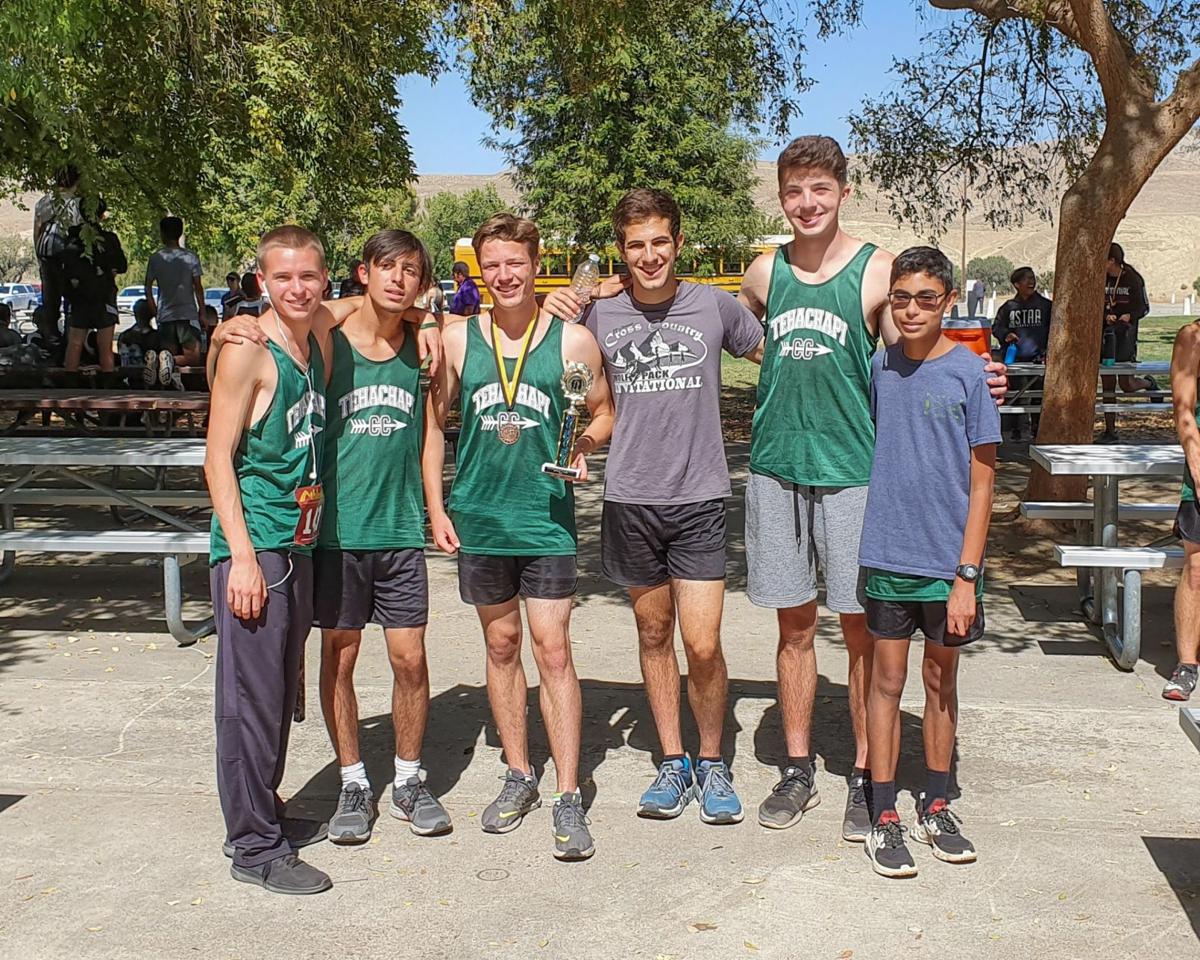 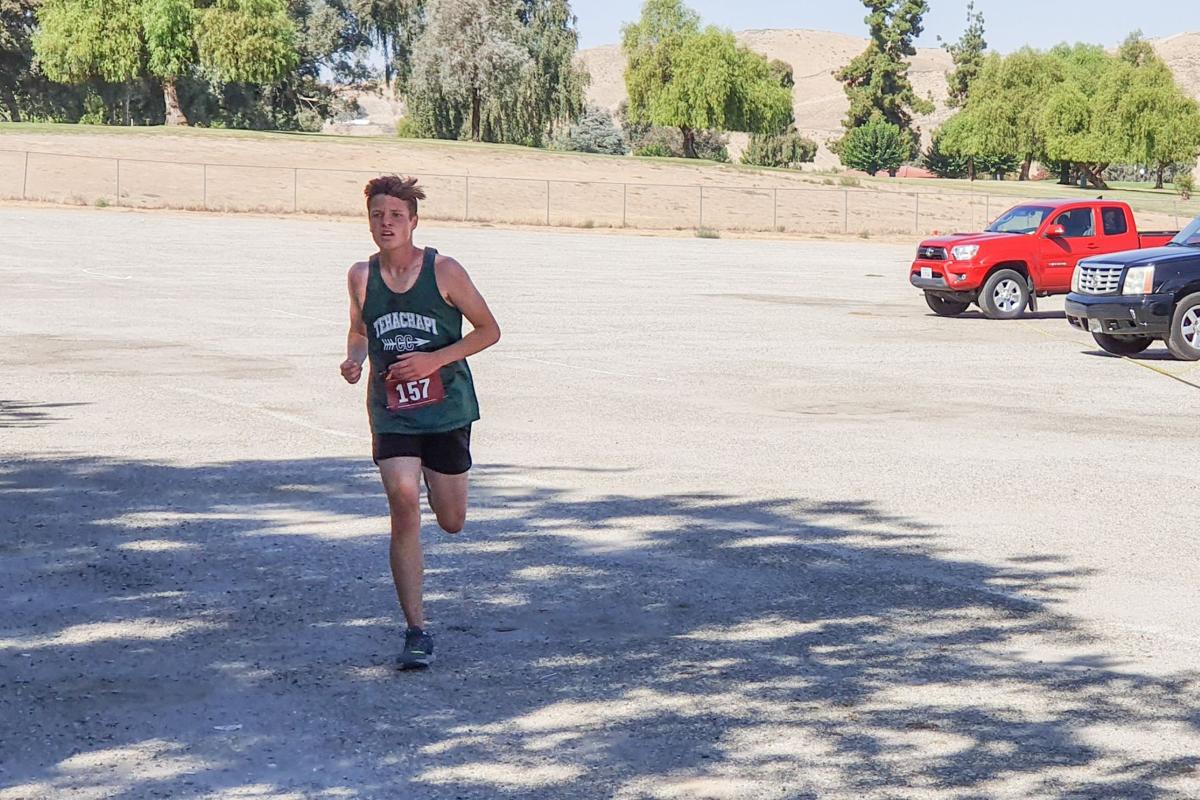 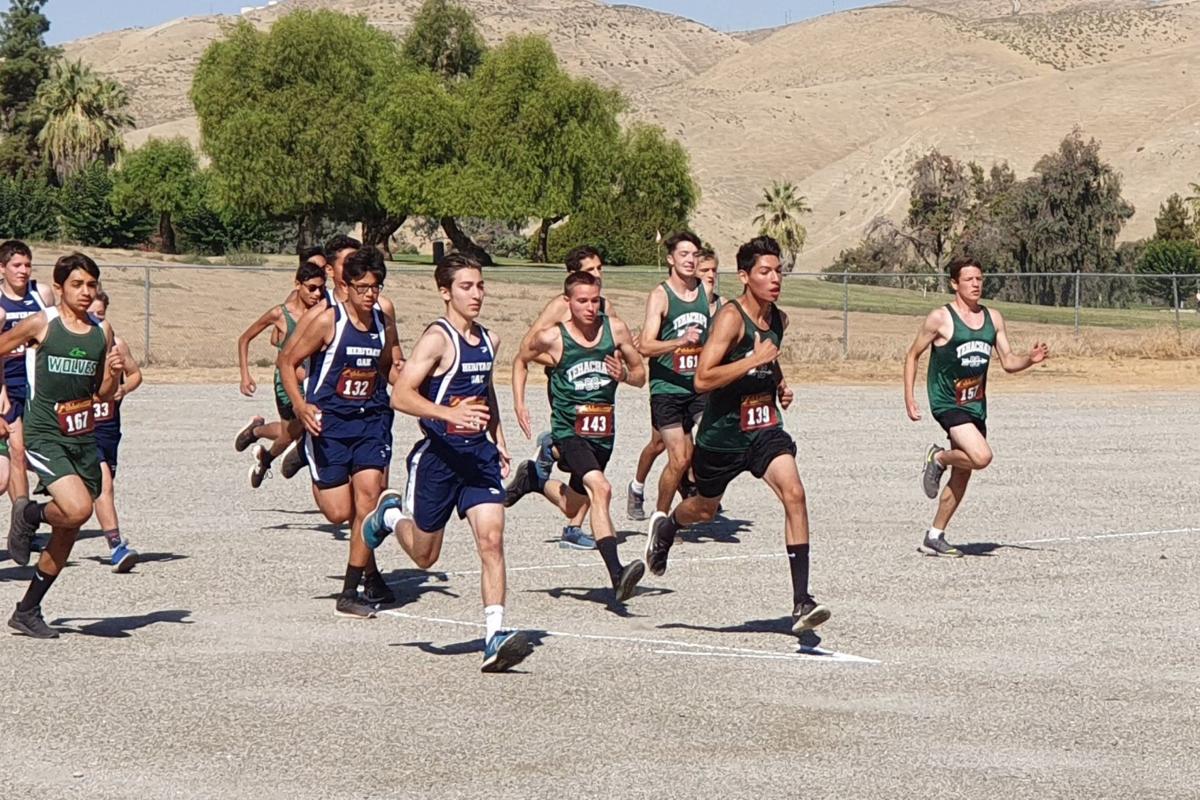 All of Tehachapi's runners at the Ted Oliver Foothill Cross Country Invitational at Pyles Boys Camp on Saturday.

The Warriors cross-country team huddles up during the Ted Oliver Foothill Cross Country Invitational at Pyles Boys Camp on Saturday .

Tehachapi High cross-country again completed a busy and successful week as they doubled down again, competing in their second SYL meet on Wednesday and finishing the week running in the Ted Olliver Invitational on Saturday.

Warrior cross-country traveled to West High School with the rest of the SYL to compete in the second meet of league competition. The Warriors are starting to find their stride as the girls varsity finished third on the day and the Warrior boys ended the day finishing second in the team competition. JV boys paced themselves to a fifth place run also.

Highlights of the meet were as follows.

Varsity girls toed the line for the 3-mile excursion. Ella Moomey (21:43) and Amanda Edwards (23:45) helped push the Warrior girls, totaling 80 points to a third place result as a team. Freshman Kailey Kolesar (18:53) continues to impress as she led the race from start to finish and again established a new THS course record.

Varsity boys turned their efforts for the day into a positive end as they tallied 61 points on their way to a second place finish. Mason Madden led the Warriors posting a 17:12 for a fifth place finish and was closely followed by Travis Lee Sturckow (16:17) in sixth. Drew Campbell (17:17) was next helping the Warrior cause.

Saturday saw the Warriors travel to the Ted Olliver Invite hosted by Foothill High School at the Pyles Boys Camp by Lake Ming. All runners found themselves on a 5k course at all divisions. THS continued the success of the week as they competed in five divisions and were rewarded with 11 individual medals and two team trophies for their efforts.

On the boys side: JV boys established that they were a force to reckoned with as they totaled 57 points and were rewarded with the second place team trophy. Leading the way, Jose Flores (19:21) grabbed the medal for a third place finish. Ethan Riley (20:28) finished 10th and also medaled. Zachary Sarkisian followed in 11th with a time of 20:39. The THS boys were the final run of the day and the best was saved for last. THS placed five runners in the top 10 to score a team 21 points and win the varsity division run and team trophy. Mason Madden (17:22) led the way, winning the overall run. Drew Campbell (17:53) turned in a fine performance finishing third overall. Senior Mitchell Poulson (18:26) was fifth. Axel Inzunza (18:46) and Sean Wolf (18:53) were seventh and eighth respectively.

THS now has a week break to gain some rest and health as they then prepare for the third SYL meet in two weeks, and follow that up with the prestigious Mt. Sac Invite.