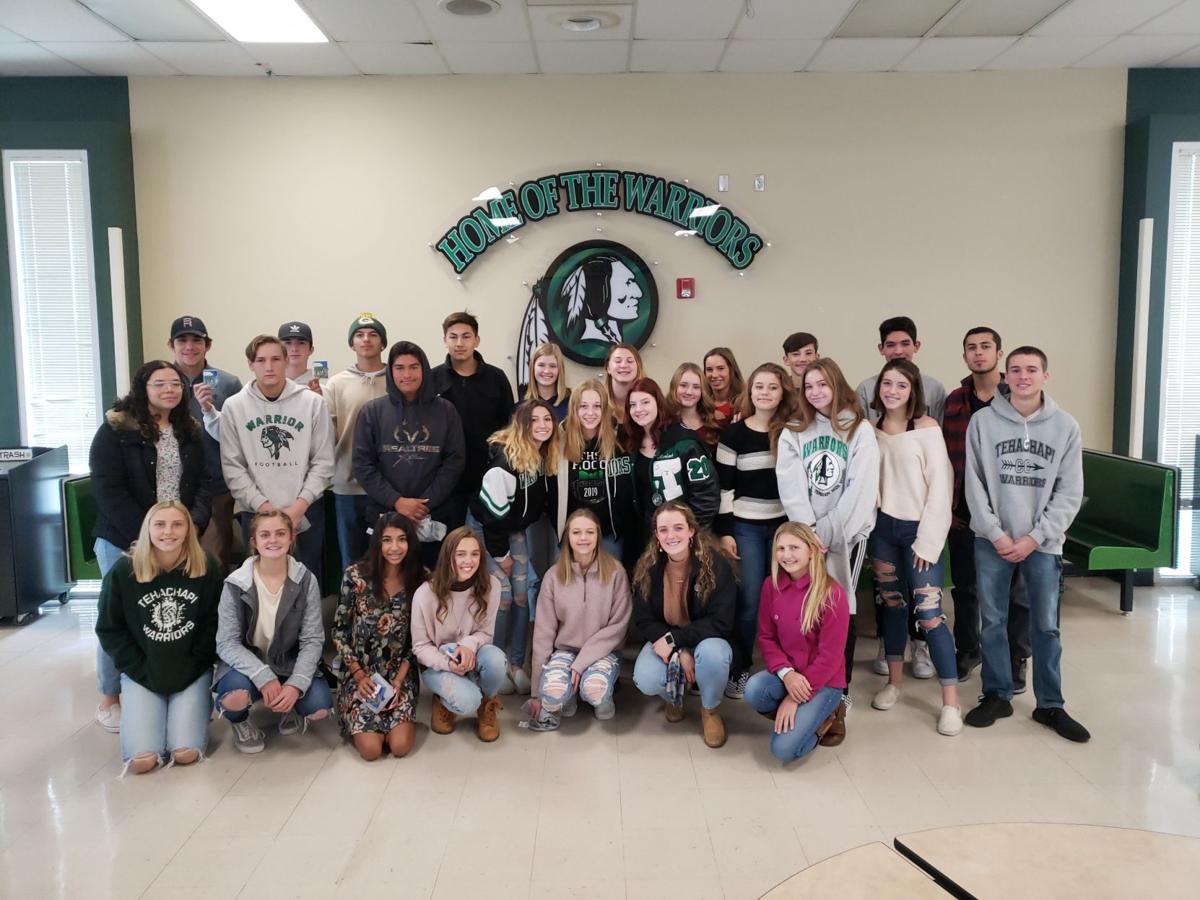 Student athletes were honored during the Athlete of the Month breakfast.

Student athletes were honored during the Athlete of the Month breakfast.

It had been more than a year since the last time a group like this gathered, but the Tehachapi Warriors Booster Club brought many of the outstanding fall sports athletes together last Saturday as the Athlete of the Month breakfast was revived after a long hiatus.

It was agreed upon almost instantly that the event was a success, not just for the quality of athletes, parents and coaches in the room who were celebrated, but for the camaraderie that events like this create. Tehachapi is not an "alphabet soup" of high schools, as I’ve often pointed out. With the "one town one team" system, we are rather unique, so we must show our athletes that it means something to compete for Tehachapi. That means more community events outside of practice and games, that means showing them there is a support structure of community members far beyond what they see in the stands.

In an era where self-promotion is encroaching on team unity, events like this are critical in maintaining the core of what makes Tehachapi High School athletics different. It was a great opportunity to not only do that, but with a quarters-worth of athletes to honor at a variety of levels, there were plenty of great stories to be told about the young men and women representing us today.

Those included highlighting the women’s golf South Yosemite League championship, a testament to the coaching efforts of Dennis Costa, considering the opportunities for golf drying up around us. Their home course is in Bear Valley, pretty much as far away from Tehachapi High School as one could possibly get while still technically being in the Tehachapi area.

There was the cross-country team, which sent two athletes to the CIF State Championships two weeks ago. Both athletes, freshman Kalley Kolesar on the girls' team and junior Mason Madden on the boys' team, were naturally honored. Both were history makers, joining just a handful of others to represent the Warriors in the state finals and the first to do so in decades. With some years left of their running careers, there might be plenty of records broken and titles won in the races to come.

Additionally, there were athletes like Catrina Hibbard from girls' tennis who finished third overall in the SYL this season and reached the final eight in the CIF Central Section South Area Tournament. Cheerleaders were honored for fighting through injuries during the season to continue to show up at games and rallies. There was even a junior varsity volleyball player who had to move, but she managed to convince her parents to wait until the end of the season to do so. That’s dedication you don’t hear about every day.

The point was repeated throughout the morning among family and friends at the THS cafeteria: Events like this make Tehachapi different. Events like this and athletes of this caliber define what it is to be a Warrior, and we simply cannot forget that, or let it be forgotten. As long as I’m involved in the Warrior Booster Club, it certainly won’t be.