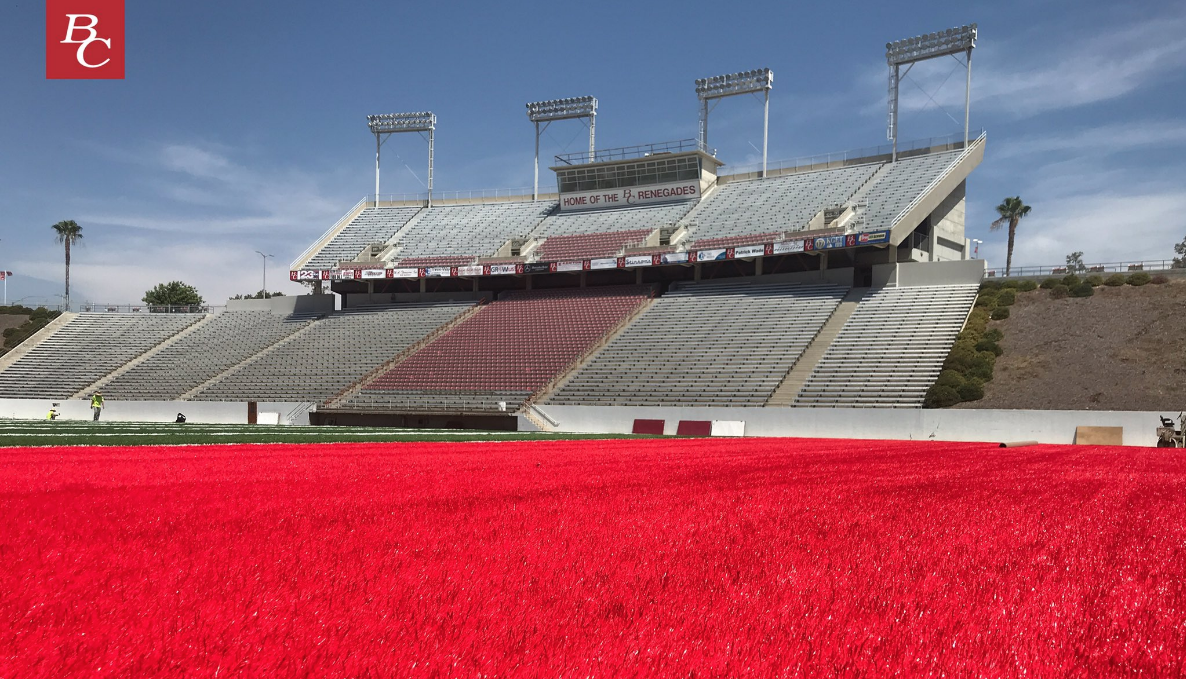 Bakersfield College will soon officially unveil the new playing surface at famed Memorial Stadium, the first phase in a series of projects that will completely revitalize the athletic facilities at BC.

I point this out because in the college-bound history of Tehachapi High School athletes, Bakersfield College has played a vital role. Our small community rarely receives the recruiting attention due to lack of media coverage and in some cases lesser competition that doesn’t rise to the level required by some coaching staffs in major universities. Junior college, specifically Bakersfield College, allows them the chance to not only begin a college education, but to continue playing in hopes of moving on to a four-year institution.

Thus, the importance of these first $12 million worth of renovations at Memorial Stadium and eventual $18.5 million when the project is complete. To put things in perspective, when it was built in 1955, it cost $1.61 million, but as times change so do the needs of student-athletes and so do construction costs and inflation. The stadium will eventually see a complete makeover, with new lighting, concourse, concession stands, sound system, restrooms and potentially a new press box. Having hiked my fair share of stairs to get to the current press box, here’s to hoping they threw in an elevator, too.

Many of you may have seen the recent pictures as construction crews approach the final installation of the venue’s new artificial turf playing field. It was once considered “cutting-edge” technology in sports; remember “Astro-Turf” in the Astrodome? Now, it’s become the norm in college and even high school football in many areas. The investment into artificial turf at Memorial Stadium will open up the venue to far more use. I played my very first varsity football game at the stadium when Highland High School used it as their home field. Times have changed as the age of the facility and need to keep the grass in the best shape possible limited high school games there over the years. Certainly that will change.

Not only will the new stadium house Renegade football, it will also be the host of the 2019 California Junior College State Championship game. Locals can certainly hope that if the Central Section CIF decides to move all championship football games to one location, BC would be a far easier trip than Fresno. It’s not just football that will benefit; the new surface is wider, so it will appropriately support college soccer matches while the new all-weather track will allow for a venue of competition locally as prep track surfaces (especially ours) are inconsistent at best.

There are other plans for gymnasium renovations, a field house and several academic additions as well using the funding from Measure J, passed a few years ago by voters in the Kern Community College District. This measure covered additions and renovations at junior college campuses all over the district, although with BC being the largest, they received the lion’s share, and appropriately so. This measure balanced both academic and student resources while also funding athletic facilities. I have never understood the purpose of offering a campus-supported team, but not having the funding to continue to allow them to play at the highest level possible, and facilities are a major part of that.

Academics and athletics are hand-in-hand partners, and soon, Bakersfield College will be offering both students and student-athletes, many from right here in Tehachapi, a chance to take advantage of a state-of-the-art experience in these new facilities. From football to basketball, volleyball and beyond, there are quite a few Warriors suiting up as Renegades this coming season. Why not root for a program to reinvest in our kids like the Renegades currently are?

A rising tide floats all boats, and it’s going to be a wonderful tide that helps continue to offer our local student-athletes a chance to compete, to learn and to get better. I can’t think of a more-beneficial tide than that.