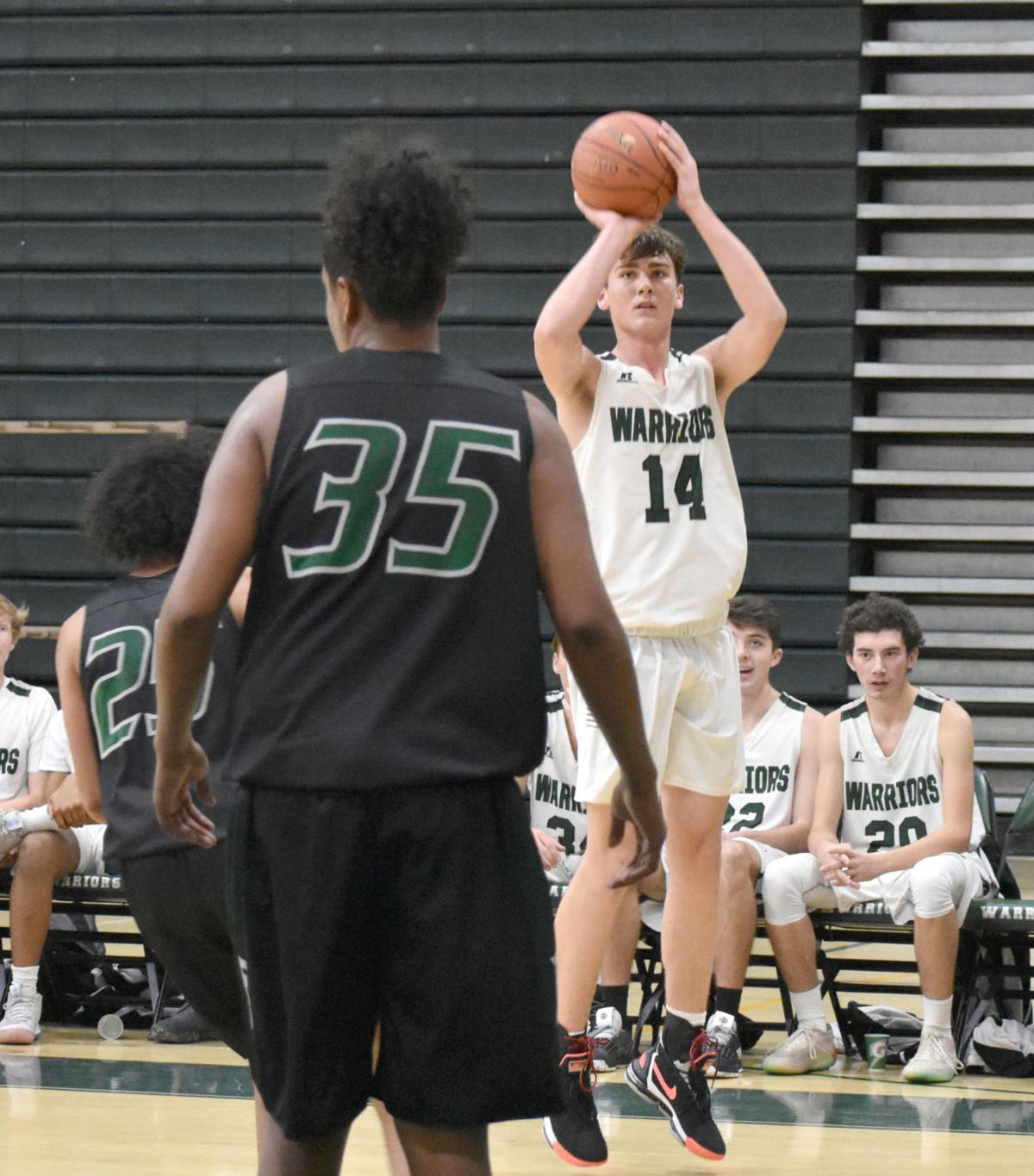 Nathaniel Webb take a jump shot from the perimeter, scoring three of his 12 points on the night in the comeback win over Burroughs-Ridgecrest in December. The Warriors overcame a 10-point deficit at the start of the fourth quarter to log the thrilling victory. 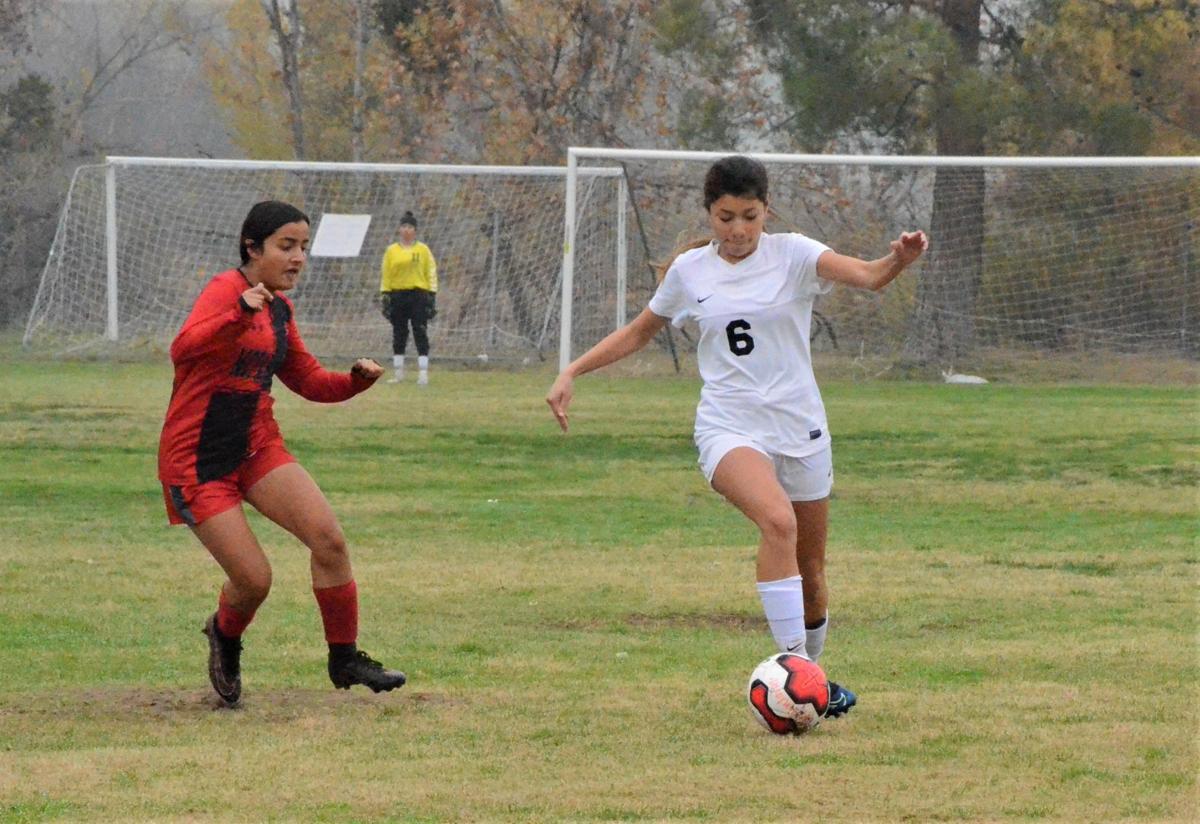 Nathaniel Webb take a jump shot from the perimeter, scoring three of his 12 points on the night in the comeback win over Burroughs-Ridgecrest in December. The Warriors overcame a 10-point deficit at the start of the fourth quarter to log the thrilling victory.

The holidays are over, school returns to session and the calendar for our winter Warriors shows it's in fact time for South Yosemite League play.

It’s been a rather quiet start to this particular season of sport, but the month of January promises plenty of action on the local courts and fields for Tehachapi High School as the contests really start to matter for the student-athletes and the fans.

On the hoops side, there wasn’t much of a non-league home schedule to witness during the first few months of the season. That’s the norm with most games reserved for out-of-town tournaments and the holiday breaks thrown in for good measure. Both teams showed promise in their home contests and will be relying heavily on fan presence as the SYL slate begins this week.

For the boys the Warriors finished non-league with a respectable 5-7 record given a very difficult schedule placed in front of them. That’s a good thing, considering the SYL continues to be one of the most challenging boys' basketball leagues in the Central Section. Tehachapi did notch preseason victories over Foothill, McFarland, Taft, Burroughs and league foe Ridgeview. There were a few lopsided losses to local Central Section Division I powers, which is not enjoyable, but serves a purpose in making a team better prepared for their league schedule.

That schedule starts in earnest this week with two of the toughest challenges, Independence and Bakersfield Christian, both on the road. Tehachapi’s first home game is Jan. 14 against Golden Valley followed by Jan. 16 against Ridgeview.

The girl’s team played a light preseason schedule, posting a 5-1 record and a second-place finish in the gold division of the Arvin Tournament a few weeks back. Tehachapi’s lone loss came against Oxnard, a Southern Section team that caught Tehachapi on the heels of two days of snowstorms and marathon games that night in the championship contest. While in many cases fewer games might mean trouble for teams looking to gel together, this group coached by Jimi Perkins doesn’t have that issue. With nearly a full roster of returners from a season ago, the inexperienced younger players have merged right in, giving Tehachapi a deep bench and plenty of experience to rely on.

The Lady Warriors open their league schedule at home as the defending SYL Champions from a year ago. However, not only would they like to win another title, but this time they'd like to win it without having to share top billing with two other teams, as was the case a season ago after Tehachapi’s late-season letdown against West cost them sole possession. The talent is there and the quality preseason wins over McFarland, Marysville-Getchell (in two overtimes), Paso Robles, Stockdale and Burroughs prove that. Tehachapi opens their league schedule at home with a Jan. 7 meeting against Independence and a Jan. 9 showdown against Bakersfield Christian.

The soccer seasons also shift into league play. Forgive me for not being more detailed, but I’m an indoor sports guy when it comes to the winter, so my visits to the outdoor arena for frigid soccer are admittedly limited. But, the boys team finished the preseason 3-1-1 and will be at Independence this week to start their SYL play. The girls team was hit with some weather cancellations late in the preseason but finished at 3-6. They’ll host Independence and Bakersfield Christian this week as their league gets underway as well.

Warrior wrestling continues to plug along, each year increasing participation numbers slightly but still challenged in that category. The Warriors will host West in a league duel match on Jan. 22nd at the THS gym.

After a quiet home slate for many winter teams, the action is heating up over the next two months with home contests every week for one squad or another. With league titles on the line and playoff seeding factoring into every contest, it’s helpful for the community support to play a factor in those outcomes. I am confident it will; hope to see you there.