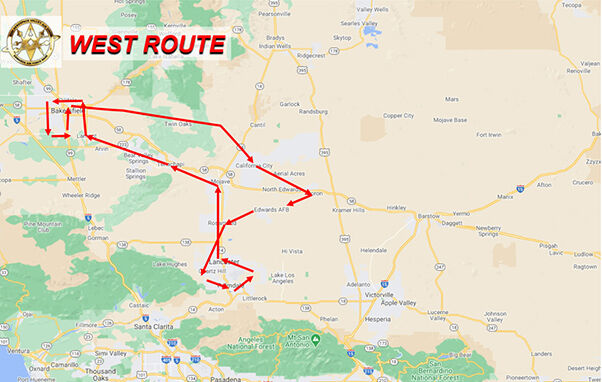 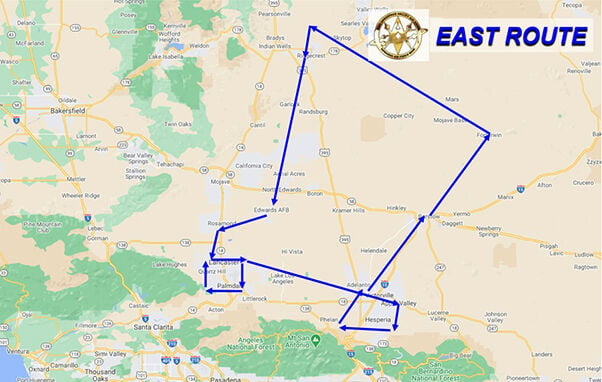 The flying portion of the Aerospace Valley Air Show will take place from 11 a.m. to 1 p.m. Friday and Saturday, Oct. 9 and 10.

The air show will open just like any normal Edwards’ air show — with the national anthem, the Wings of Blue Parachute Team from the U.S. Air Force Academy, and the breaking of the sound barrier.

On Saturday, flying the East Route, the first aircraft will be above Rosamond at approximately 11:05 a.m.

There will be an Olympic-style live broadcast each day, with Brig. Gen. Matthew Higer, 412th Test Wing commander, and other senior leaders on hand to give context to what the public is seeing in the air, what the students have seen over four days of STEM instruction, and how it relates to the mission of the base and the mission of the aircraft in the air.”

Aircraft scheduled for the flyovers include F-16 Falcons, F-22 Raptors, F-35 Lightning IIs and F/A-18 Hornets. For bombers, there will be the B-1 Lancer and the B-52 Stratofortress; and for heavy lift, there will be the C-17 Globemaster III and KC-135 Stratotanker. Additionally, a NASA Armstrong ER-2 and G-III will be flying. Also included in the lineup are a T-38 Talon and a C-12 Huron.