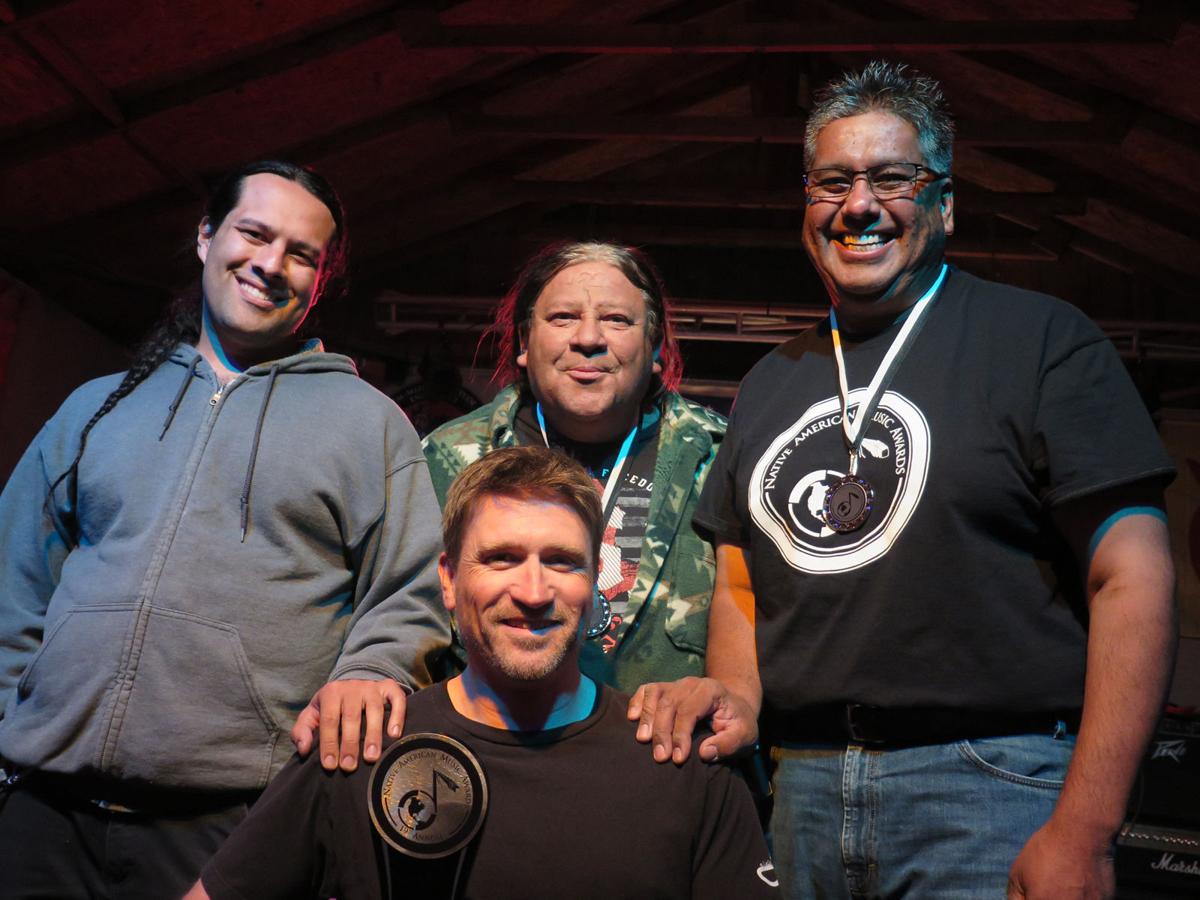 From left, photographer Ricky Breneman joined Bonnie and Pat Mata at the awards. 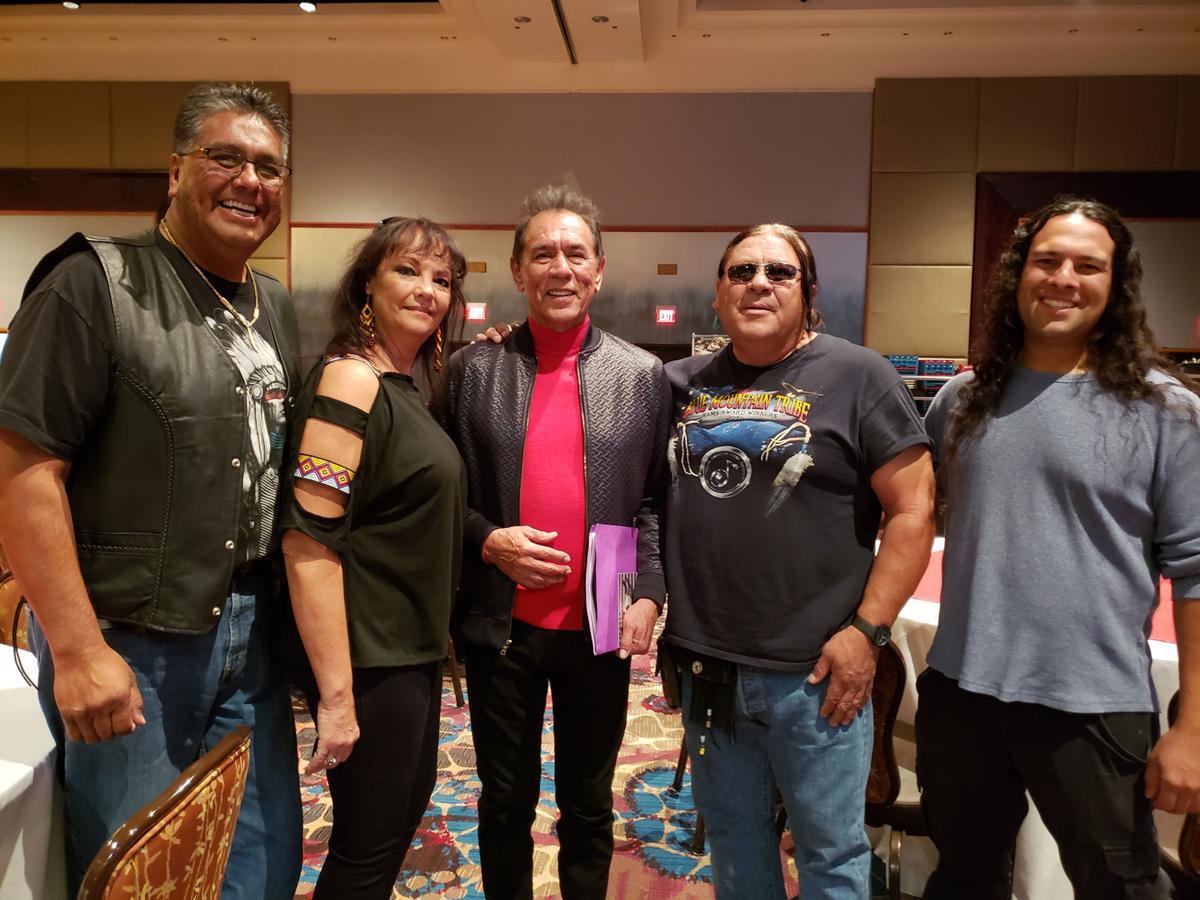 Member of the Blue Mountain Tribe were greeted by actor Wes Studi, center, at the awards gala. 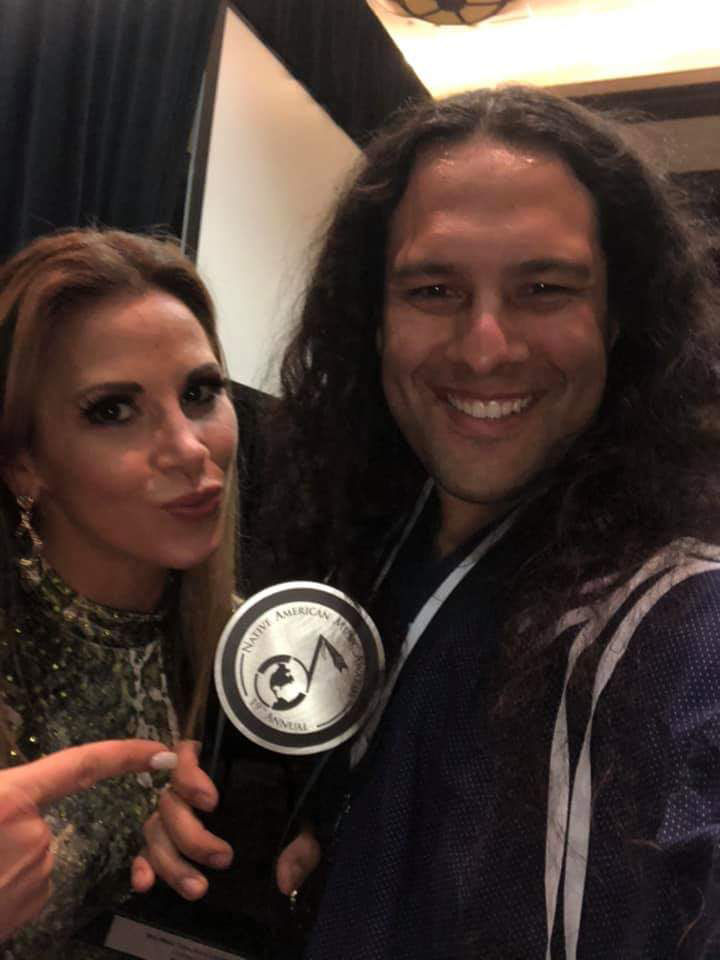 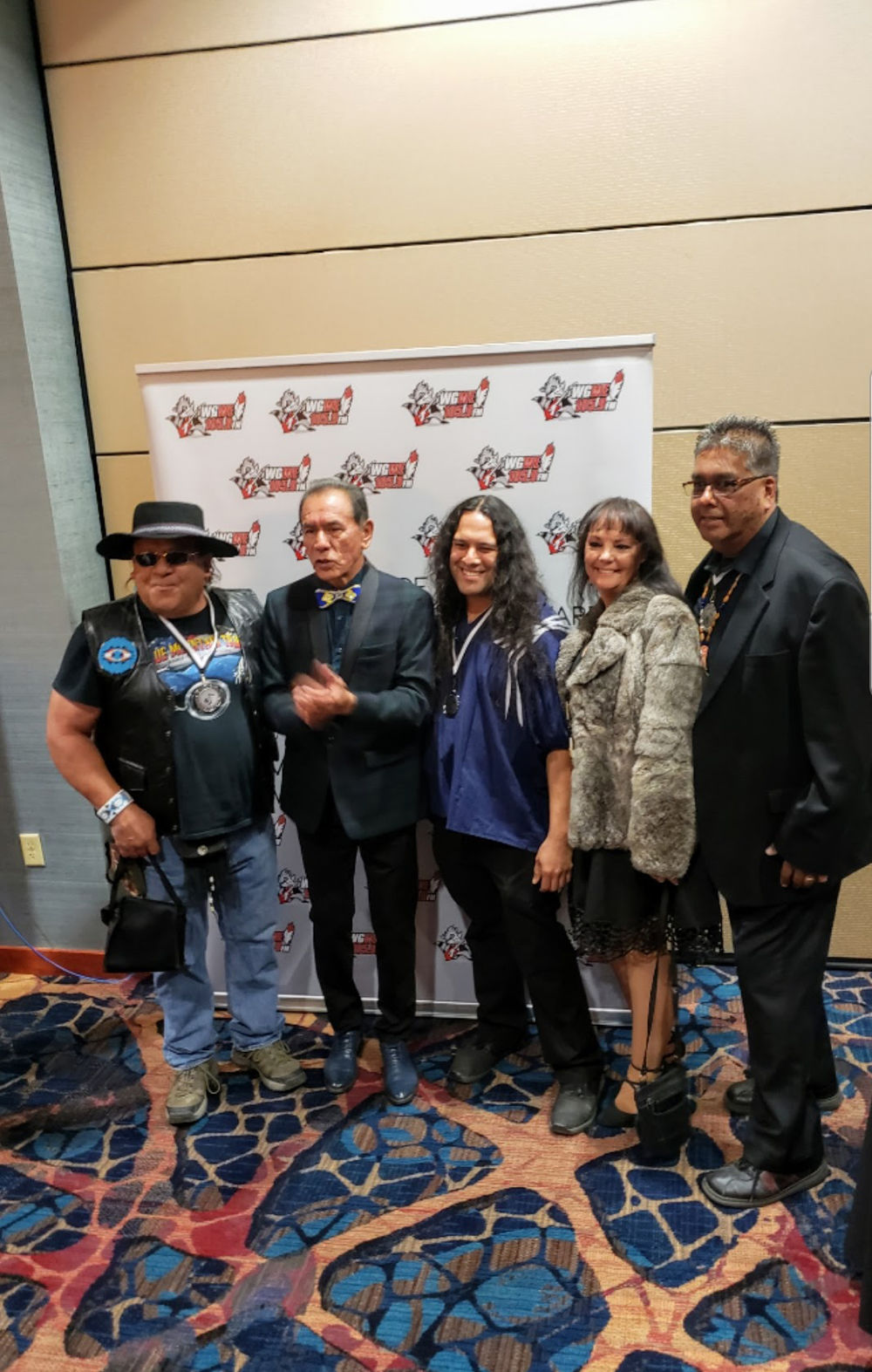 From left, photographer Ricky Breneman joined Bonnie and Pat Mata at the awards.

Member of the Blue Mountain Tribe were greeted by actor Wes Studi, center, at the awards gala.

Well, they did it again.

Local band Blue Mountain Tribe picked up a second Native American Music Award and were honored at the 19th annual gala held Nov. 2 at the Seneca Allegany Casino in Allegany, N.Y. The band received one of 38 awards for Best Music Video for a Live Performance for "Children on the Rez."

Among those to receive awards at the recent gala was actor Wes Studi ("The Last of the Mohicans"; "Dances With Wolves"), who received the Hall of Fame award and Mickie James, professional wrestler and country singer, who received the Jim Thorpe Sports Award.

In 2016, the band's first CD, "All Our Relations," was among 16 NAMA winners. Nominated by individuals directly involved in recording, manufacturing, distributing and promoting Native American music nationwide, "All Our Relations" won the award for the Best Blues Recording.

According to Robin Hairston, 1,500 bands were considered for this year's NAMA. Blue Mountain Tribe was among the six nominees for Best Music Video for a Live Performance.

"People spend thousands of dollars to shoot their videos in high-tech studios, and we did ours right here in Pat's barn," said Robin. "The reason why we won is because of the words in the song, uplifting the (Native American) children that are suicidal."

Lyrics to "Children on the Rez" were written by Robin, and Caleb composed the basic music with the rest of the band collaborating. The band completed the song about five months ago.

Said Robin, "People were calling me, telling me that they lost a daughter to suicide, or a son to suicide... It really broke my heart that this was happening to our reservation Indians, so I went out in back and sat down. The whole song came to me at one time. I asked the Creator to give me the knowledge and wisdom to write the song. It's an uplifting and positive song, and it gives these kids hope."

Since publicizing the song, Robin said he has since had two families call him and tell him that their child changed their mind about suicide after hearing it.

According to Caleb, the children featured in the music video are from the Pine Ridge Reservation.

"We have a connection with a guy on the Pine Ridge Reservation named Tom Hollow Horn and he sent us all these photos," said Caleb.

Robin's wife, Paris Hairston, put the pictures together and produced the video.

Three of the band members, Robin and Caleb Hairston and Mata, work for the Department of Defense at Edwards Air Force Base, and attended the awards ceremony along with Mata's wife, Bonnie. Bixler works for the wind industry, and was unable to attend the gala, but was with the band in spirit for the win.

The band said the newest NAMA award has inspired them to continue writing new material.

"We got the fire again because for awhile there, I lost my edge for music, thinking this isn't going anywhere," Caleb said. "But, once we won this award, I thought, OK, we are going somewhere, and we are getting someplace."

According to Bixlar, the band is concentrating on writing new material, but will consider performing gigs.

"We played a free concert at Brite Lake last fall, and sometimes we will do a summer show," said Bixlar.

According to Mata, the band plans to shift around the lead vocals a bit by each member taking a more active role as the front man.

"We are all going to collaborate and do what we can," said Mata. "This is our second NAMA award, which is a big deal in the Native American world."

Founded and incorporated in 1998, NAMA remains the world's largest and only professional membership-based organization dedicated to music initiatives by Native North Americans and American Indians.

"Children on the Rez" is available on CD Baby, iTunes, Amazon and on the band's website.