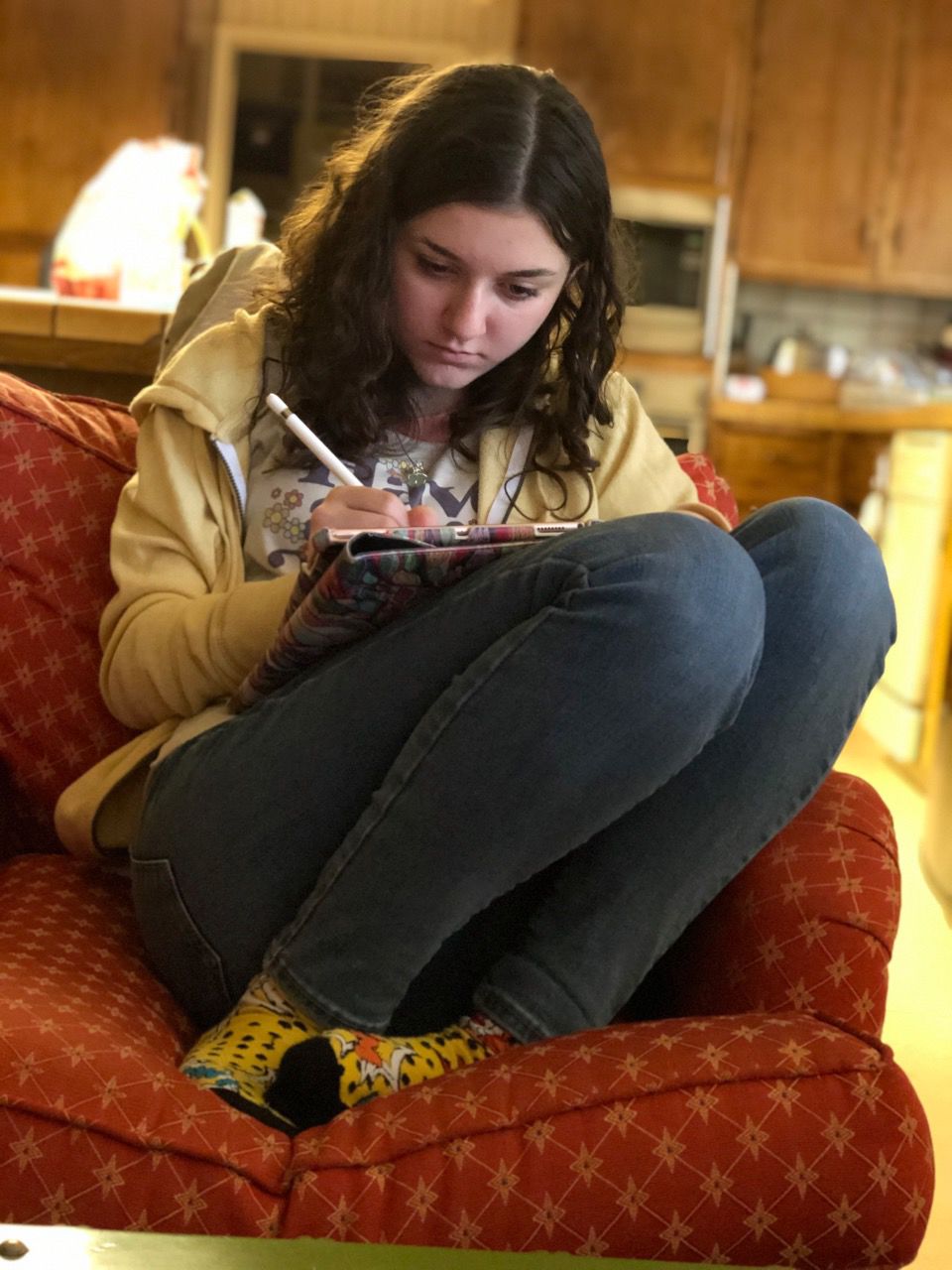 Saida Woolf uses her iPad to draw issue 1 of "Soulstream." 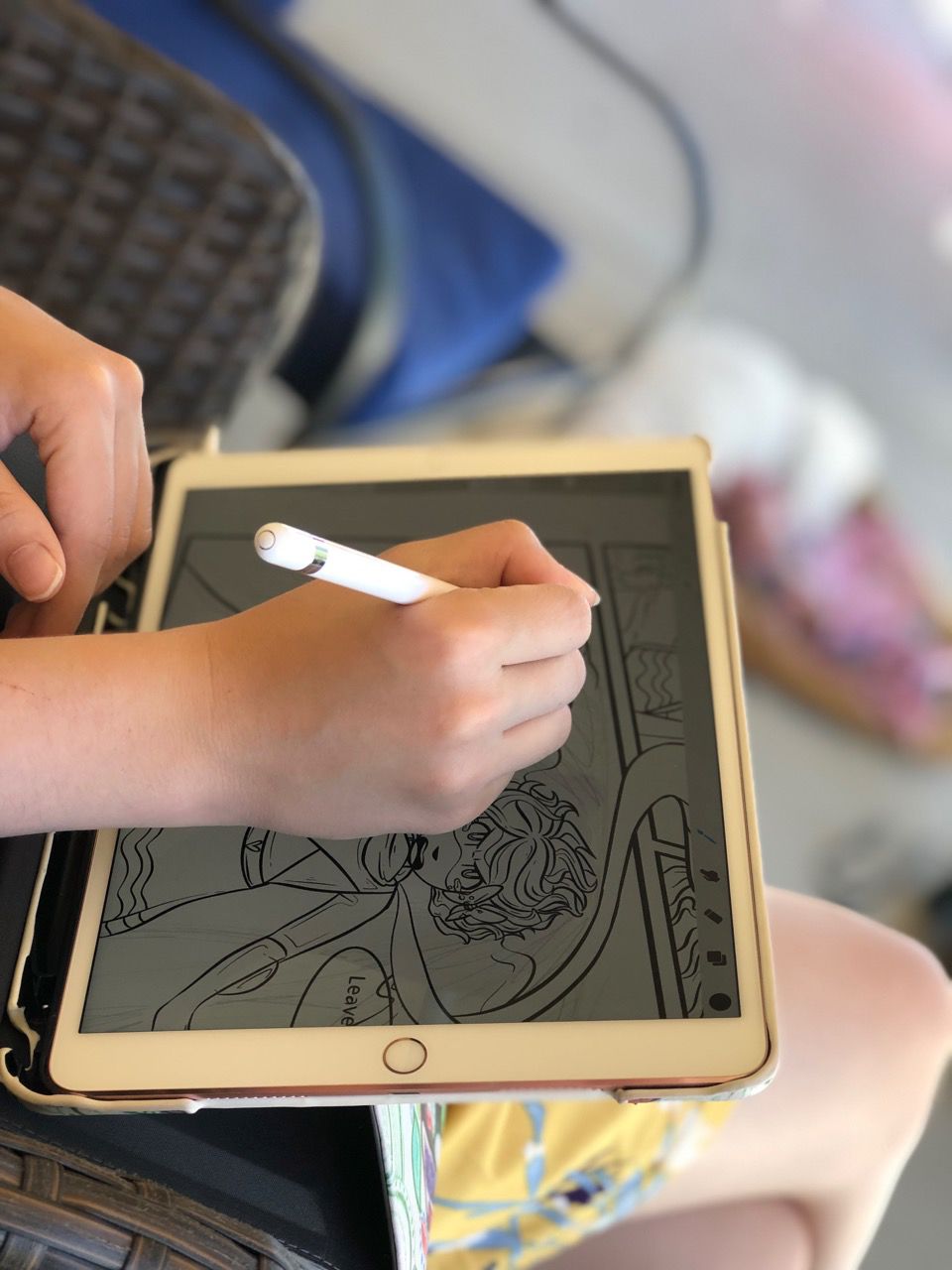 While in the 8th grade, Saida Woolf won a contest creating a video game. She used the money to buy an iPad, which she now uses to create her comics. 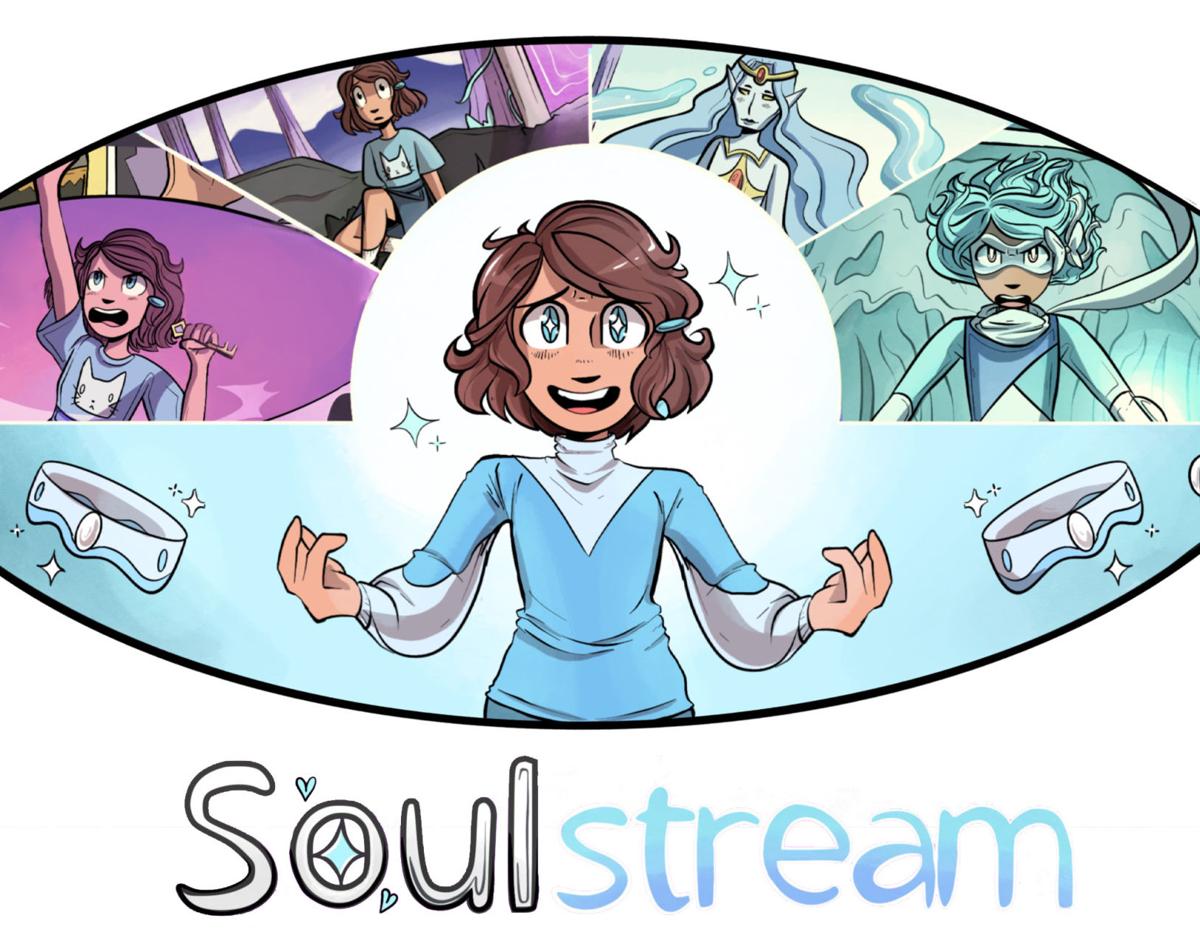 Saida Woolf uses her iPad to draw issue 1 of "Soulstream."

While in the 8th grade, Saida Woolf won a contest creating a video game. She used the money to buy an iPad, which she now uses to create her comics.

While the rest of the world was locked down in quarantine, Saida Woolf's imagination was running wild.

To be fair, the 16-year-old has always lived in an evocative world of artistry. In May of last year, she turned her attention to creating her own comic strip.

"This comic is basically the story I wanted to read when I was younger. It’s a fun mix of fantasy and super heroes with strong female characters," said Woolf.

Although she claims to have read only a few comics in her lifetime, Woolf said drawing them was a whole different story.

"I've always liked cartoons and animated stuff, and I've always loved telling stories through pictures. Comics are an accessible way for me to tell stories that are in my head," she said.

While in 8th grade, Woolf won a contest creating a video game. She used her winnings to purchase an iPad and an Apple Pen.

"It's been the best investment, ever," said her mother, Joanne, with her father, Reagan, in agreement.

With tools in hand, Saida gave birth to her first comic strip, which she calls "Soulstream."

Asked to describe her comic, Saida said: "Marie and Markus discover an alternate dimension known as the Mirror World where their entire city has been destroyed and replaced by a volcanic wasteland. Marie is contacted by the Mage Goddess who gives her a magical Ocean Bracelet that transforms Marie, allowing her to control water as the superhero Soulstream in order to help save it."

Once she had a solid foundation for a working strip, Saida sent a pdf of her comic idea to Brendan Deneen, chief executive officer of Scout Comics.

"As the CEO of a comic book company, I've seen many, many submissions over the years. I open every single proposed comic book series sent to Scout with excitement... is this one going to be our next big hit? Am I going to fall in love with this one the way I fell in love with Marvel and DC titles back in the '80s when I was a kid? Even when we pass on projects, I'm always impressed with the time and care creators put into their work," said Deneen.

Furthermore, Deneen said he is not often genuinely surprised by a submission.

"But when it DOES happen, it's a pretty great feeling," he said, adding, "Case in point. 'Soulstream' by Saida Woolf. It's a superhero comic book with a female protagonist. It's stylized and cool. It feels fresh and original."

Finishing her junior year at Valley Oak Charter School, Saida says she continues to work on her comic in addition to her school work.

"Now that my classes are all wrapping up and coming to an end, I have a lot more time to work on my comic," Saida said.

When Saida first began working on her comic, she brought her mother the first seven pages to seek her opinion.

Said Joanne, "I told her that I know I'm her mom, but this is really good. I suggested she submit it to a couple of places."

Expecting her daughter to get a few initial rejection letters, Joanne said she was hoping with the rejections would come feedback for improvement.

Said Joanne, "The first place she submitted to was Scout, a publisher that caters to new authors but allows them to retain the rights. They said they really liked it, and it was not like anything they had seen."

“Saida’s work and success is so inspiring to me. 'Soulstream' is exactly what is needed right now when so many other comics are disappointing. She developed strong and memorable characters. I cannot wait to see more as it comes out! I am so proud of her,” said Sweeney.

Sweeney's mother, Brandy, said she was proud of the friendship her daughter has with Saida.

"Cora is so excited about it and could not be more supportive of Saida’s success. I love seeing a true friendship of caring and support in these two. They truly lift each other up when teen girls can sometimes be competitive. Cora really will do everything she can to help continue Saida’s success. Cora was the first to get some merchandise from Scout Comics," said Brandy Sweeney.

"Soulstream" will first publish as a set of five books, with 20-page issues. It will be sold at selected comic shops, and published by Scout Comics.

Said Saida, "Once these five issues are published, I think I will continue with this same series. At some point I want to go to college, but I'm still trying to figure that all out."

Said Deneen, "I'm proud that Scout gets to be the publisher who introduces Saida to the world. When she's writing and drawing Black Widow and Wonder Woman in the future... when 'Soulstream' ends up as the number 1 new animated streaming show in the world... I'll look back and remember that feeling when I first opened the PDF that Saida sent to us."

For more information or to purchase Soulstream merchandise, visit https://www.scoutcomics.com/blogs/news/scout-comics-proudly-presents-soulstream-a-new-all-age-scoot-imprint-title.