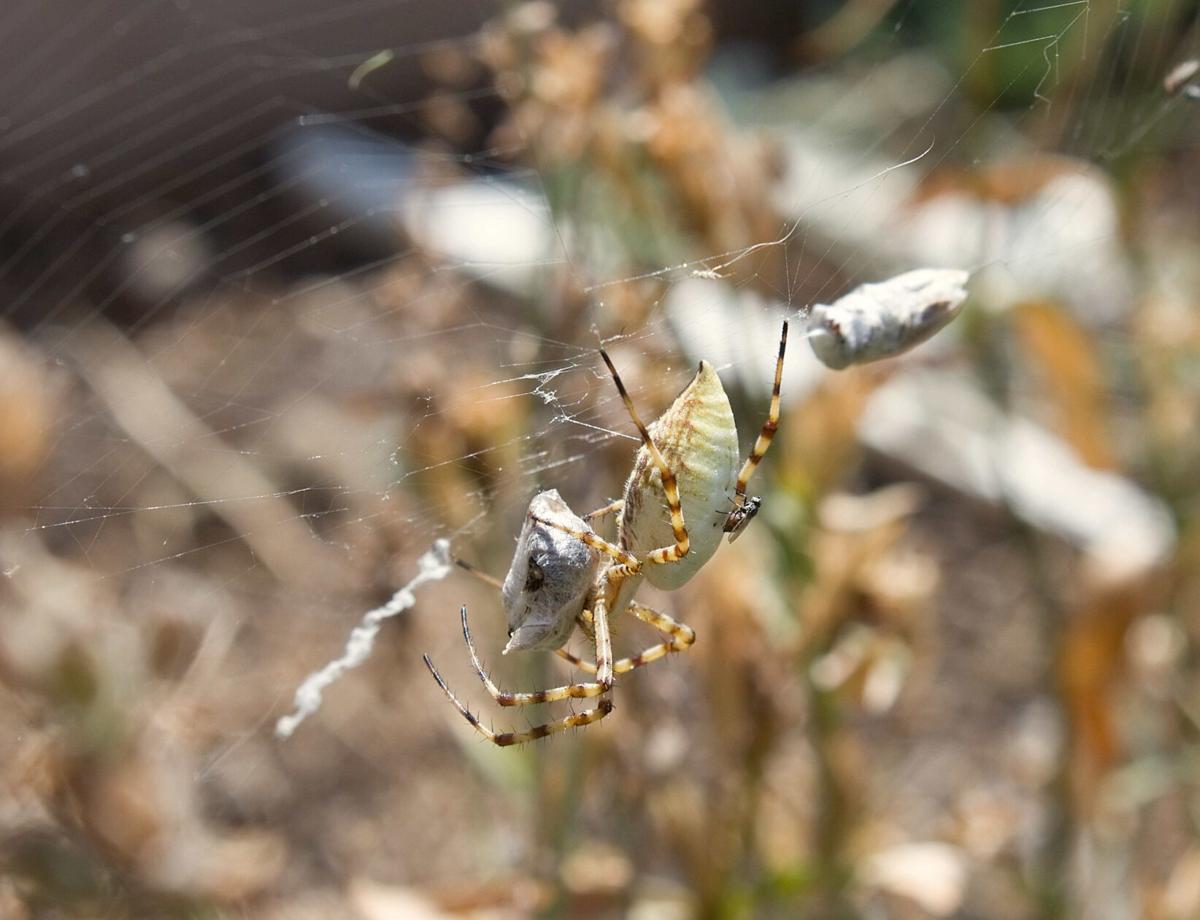 A female orb spinner spider has been creating her geometric web in a lavender bush. 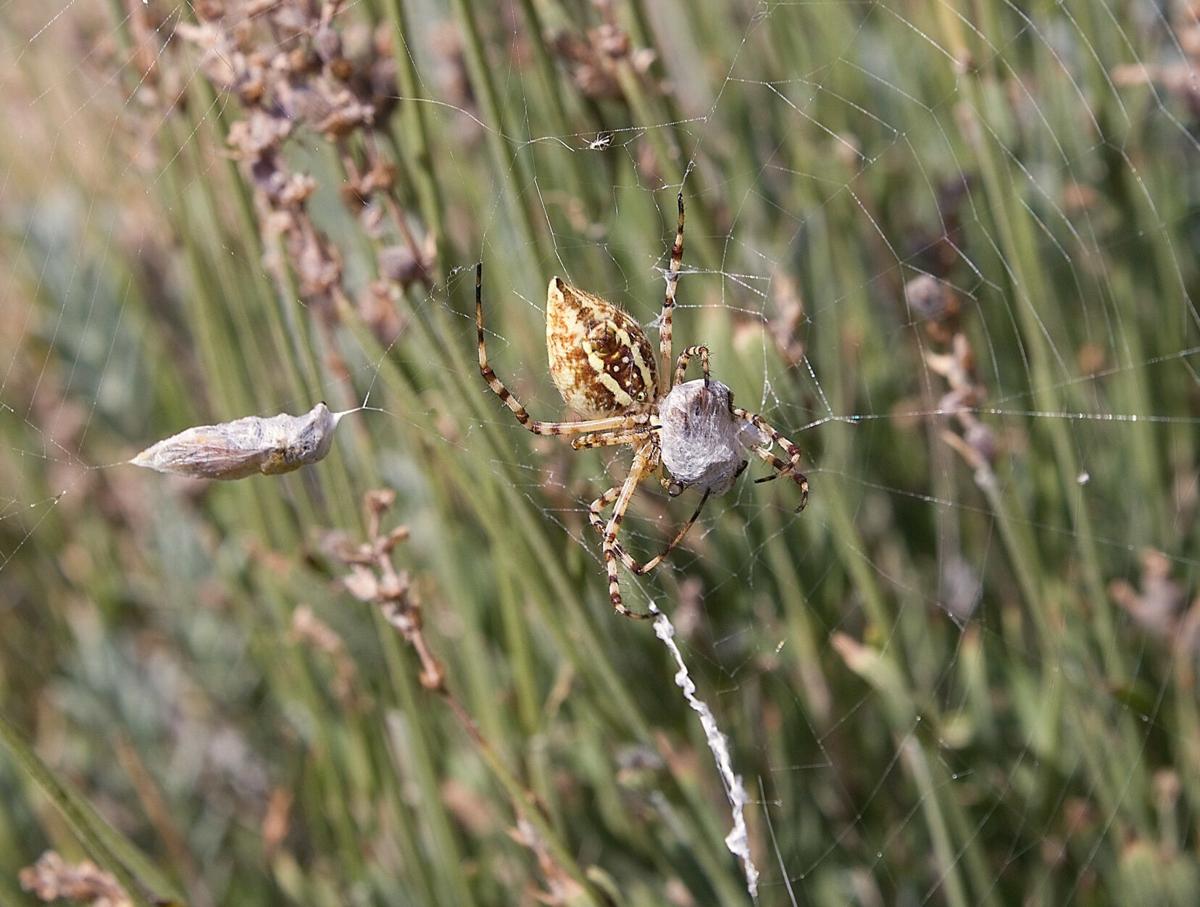 A female orb spinner spider has been creating her geometric web in a lavender bush.

Jessica Martin took these photos of a female orb spinner spider that has been creating her geometric web in a lavender bush growing in Jessica's Bear Valley Springs yard. Jessica thinks this female may have consumed her mate, because Jessica found legs in the web that look like they once belonged to a smaller spider. If you look closely, you can see that in one of the photos, a fly landed on the female's abdomen — a dangerous landing spot.

There are many different species of Orb-weaver, but they typically build geometrical webs in a circular shape, with radiating spokes of non-sticky silk joined by a final spiral of sticky capture silk.

Orb-weavers usually have three claws on their feet, and the third claw is used to walk along the non-sticky web lines. Spiders don't possess any immunity to the stickiness of their own webs — they just know where to walk. The Orb-weavers spiders generally noticed by people in their gardens are females, since they tend to be much larger than the males. It has been suggested that one possible advantage of the males being much smaller is to avoid detection by the females, who tend to snack on their suitors once the visiting males have fulfilled their reproductive purpose.

Many species of Orb-weaver construct a new web each day, since dust, pollen and other material can reduce the stickiness of the web. The spider eats the old web as evening approaches, so that the protein it contains is not wasted, and then rests for an hour or so and then builds a new web.