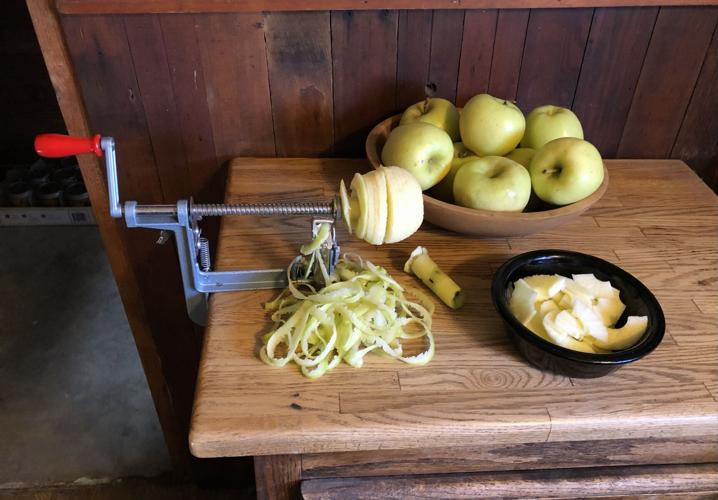 When making applesauce this week, I used a lathe style apple peeler/slicer/corer that was first invented by David Goodell in 1864. 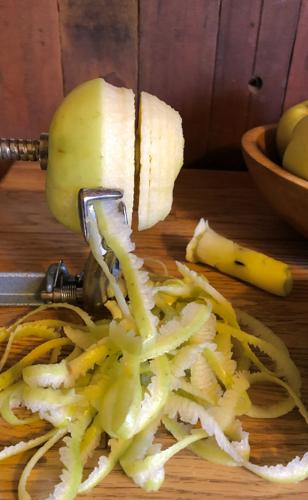 The “lightning apple parer” takes the peel off an apple as you turn the handcrank. 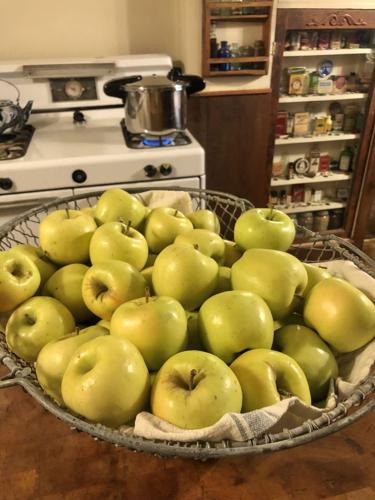 Beautiful Tehachapi apples sit in a garden trug as applesauce cooks in the background. 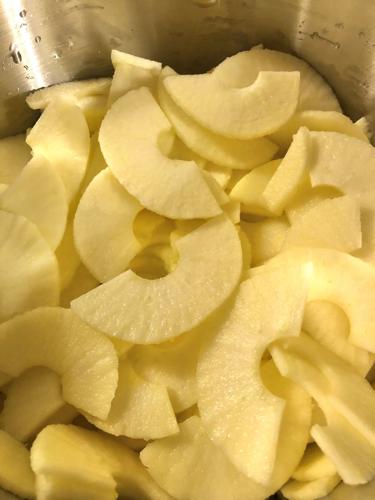 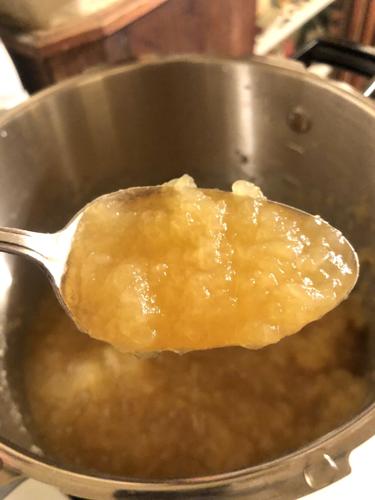 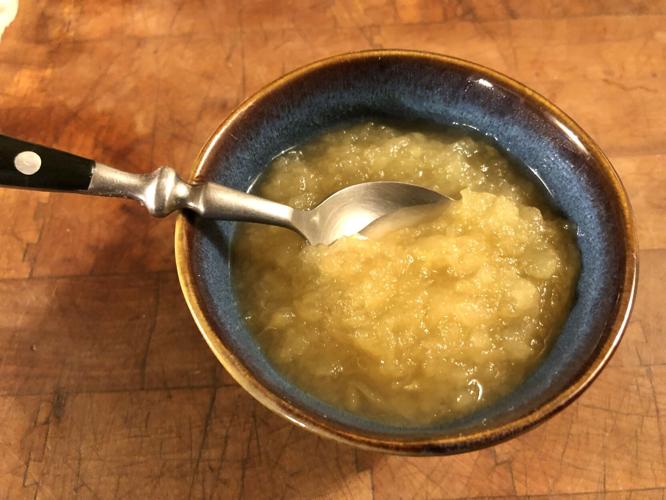 Applesauce after being cooled and chilled. 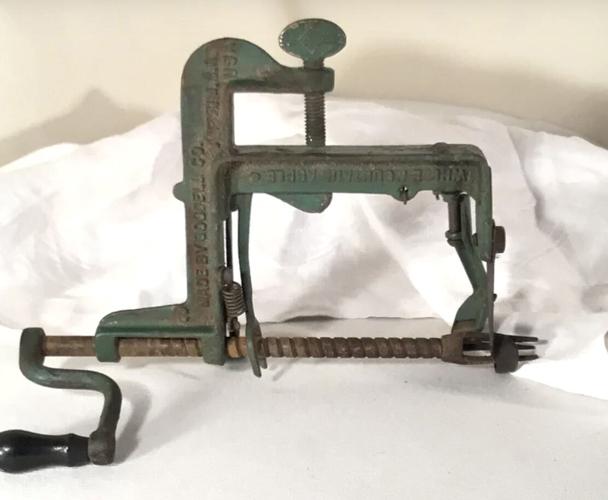 An antique example of a Goodell apple peeler.

When making applesauce this week, I used a lathe style apple peeler/slicer/corer that was first invented by David Goodell in 1864.

The “lightning apple parer” takes the peel off an apple as you turn the handcrank.

Beautiful Tehachapi apples sit in a garden trug as applesauce cooks in the background.

Applesauce after being cooled and chilled.

An antique example of a Goodell apple peeler.

Lately I’ve been turning some delicious Tehachapi apples into applesauce, and after washing the fruit, the process begins by using some literally “cutting edge” American technology -- from 150 years ago.

I use a hand-crank apple peeler/slicer/corer of a kind that was invented by David Goodell. It was way back in 1864 that Goodell, of Antrim, New Hampshire, became the inventor of the “lightning apple parer.” It made life easier for homemakers throughout New England, and eventually for people wherever apples were grown.

Goodell’s invention wasn’t the first mechanical apple peeler, by any means. The flowering of the Industrial Age in the 1850s and 1860s brought an array of various mechanical devices for preparing apples, the most widely-grown American fruit.

But Goodell’s invention, known as a lathe type peeler, quickly proved its worth. Sales were slow at first: Goodell reportedly hired a New York marketing firm that had only managed to sell 2,400 peelers in two years.

Frustrated by the slow uptake of what he considered to be a very useful kitchen helper, Goodell took his devices on the road and became a traveling salesman, giving demonstrations showing the practicality and ease of the lightning apple parer.

It worked. Goodell sold 24,000 of the little machines in just three weeks.

This was partly due to the ubiquity of apples in America. Housewives of the time used apples to make apple pie, apple butter, applesauce, dried apples and more. Most of these dishes called for apples to be peeled, and cooks typically processed hundreds of apples a year.

Goodell’s device not only peeled apples, but it also sliced them and removed the core in one fluid process that takes about 10 seconds. Homemakers were grateful for his invention. Goodell’s manufacturing company eventually made many other products, including cherry pitters and potato parers, and he was elected governor of New Hampshire in 1888.

There are other styles of peeler that were used, including the turntable design and the arc design. Goodell also made the turntable style, and these are still made today and they work well too, though they don’t slice or core apples. The arc design seems to have been abandoned.

After peeling, slicing and coring the apples, I cooked them in a pressure cooker for about seven minutes once it reached full pressure, and ended up with delicious, juicy country-style applesauce.

My Ma, Wini, used to help me can peaches during peach season and then I’d help her make applesauce. So when the kitchen filled with the familiar aroma of cooking apples this week, it brought back pleasant memories of happy times spent with the remarkable woman who raised my three siblings and me as a single mother.

She also worked fulltime as the first college-educated, registered nurse at Tehachapi Hospital, and did the shopping, cooking, cleaning, laundry and sewing at our house. She also did her own gardening and helped out picking vegetables, hoeing weeds, packing fruit and driving tractor at my Uncle Hank’s farm. And more. She was a treasure, and my admiration for her has only grown through the years.

So I think of her lovingly when I prepare the applesauce she taught me to make. And I give a nod to David Goodell and his clever Yankee inventiveness, for a tool that is still useful after 150 years.