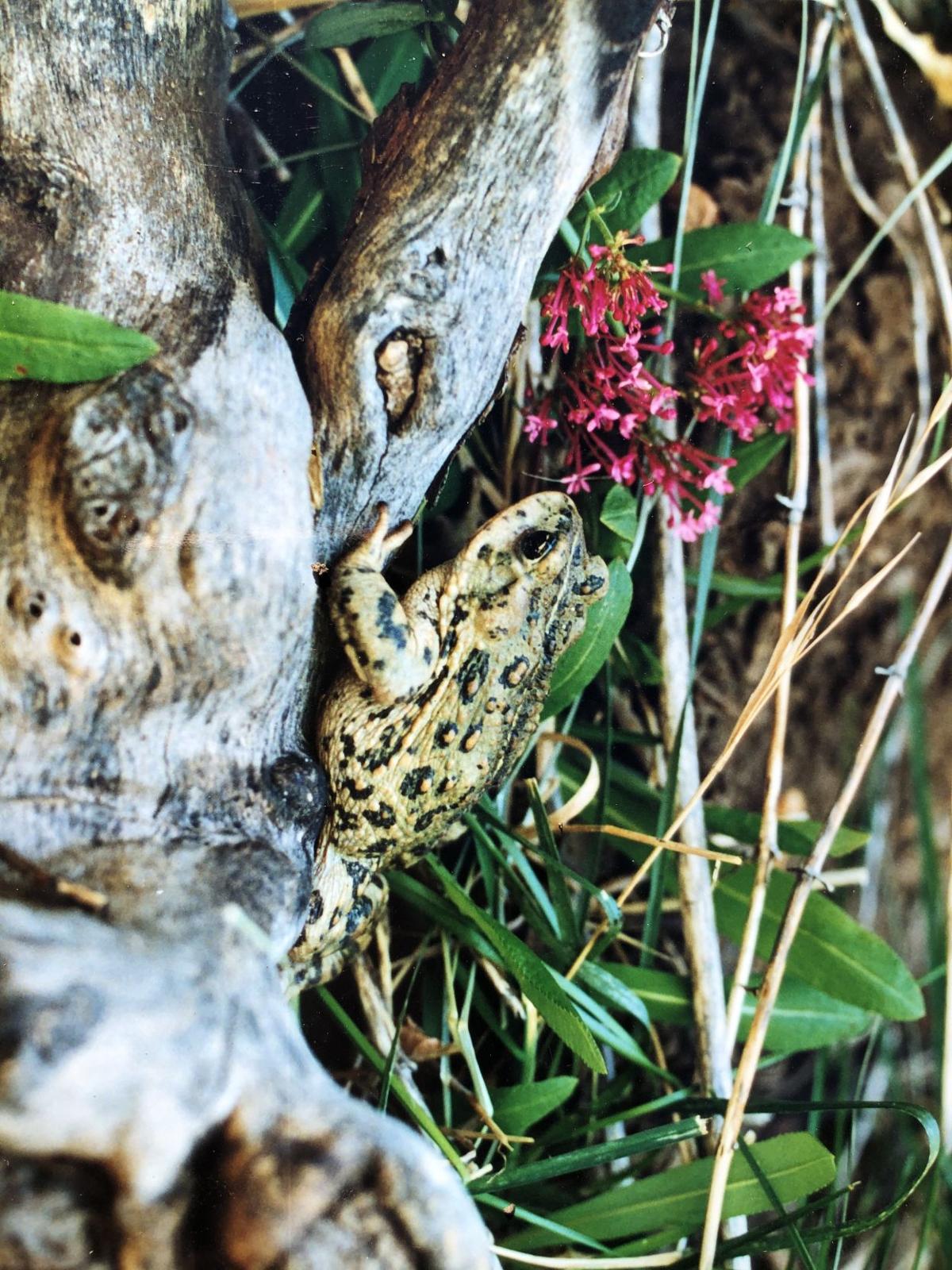 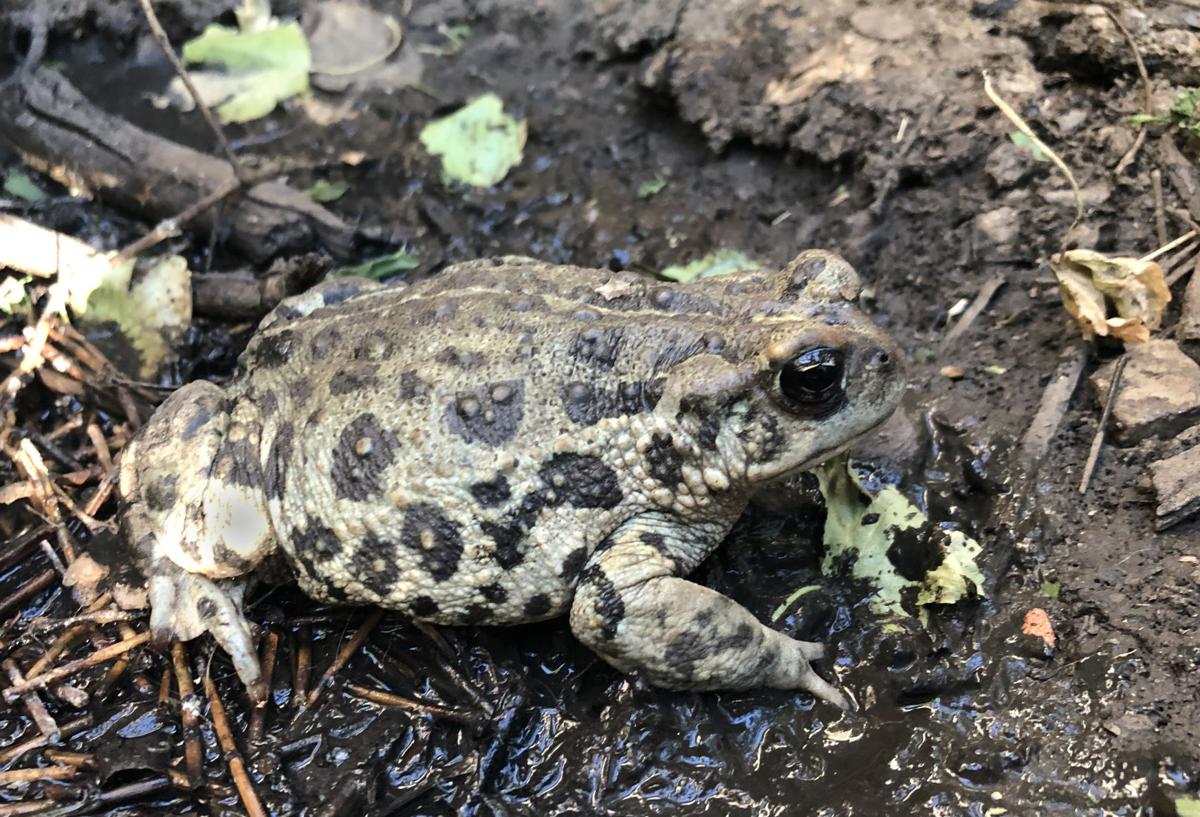 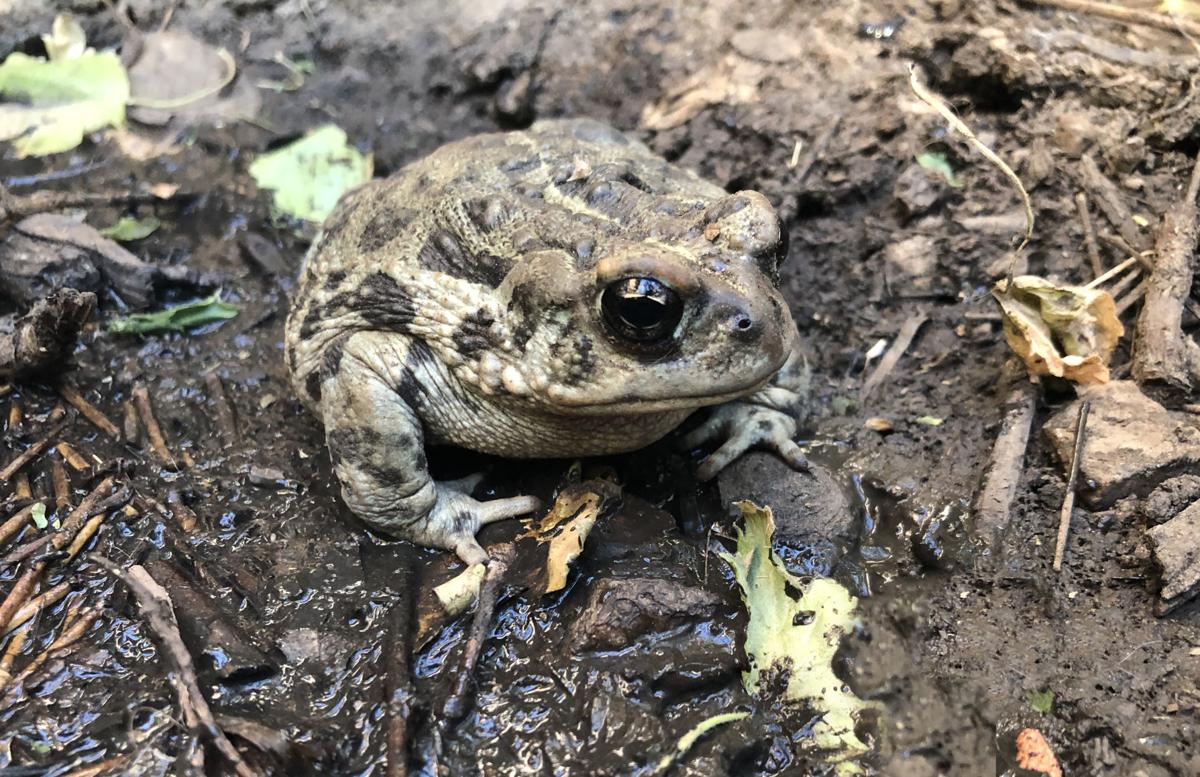 These toads have black eyes with gold on their upper portion. 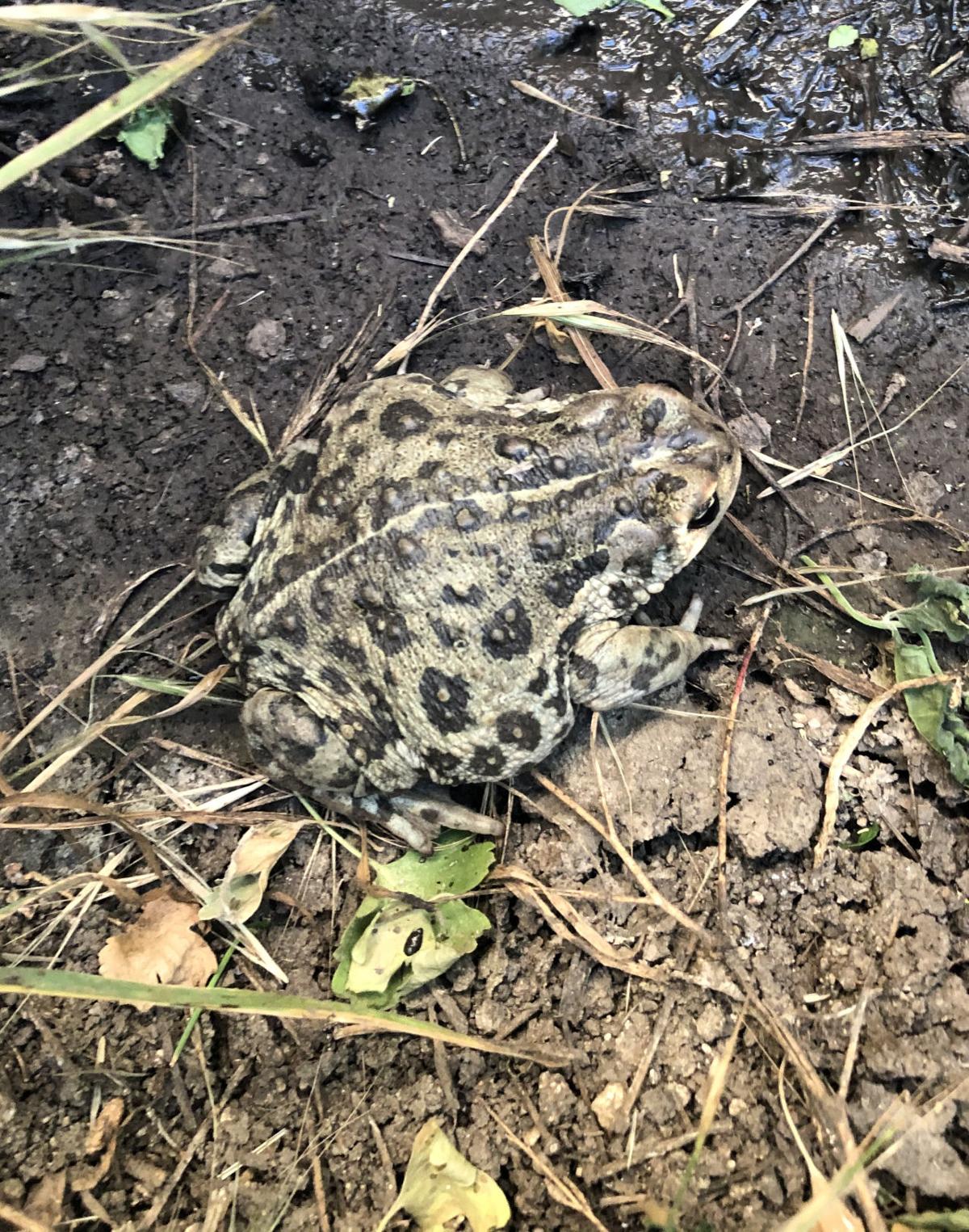 Adult toads tend to have a light stripe down the middle of their back.

These toads have black eyes with gold on their upper portion.

Adult toads tend to have a light stripe down the middle of their back.

Among the creatures who move fairly quietly and inconspicuously through the Tehachapi landscape are the rounded, big-bodied California Toads (Anaxyrus boreas halophilus).

These amphibians can be found throughout the Tehachapi Mountains, as long as there is a water source not too far away. Adult California Toads don't require standing water, but they need a moist place to retreat to when resting.

California Toads get much larger than our native Pacific Chorus frogs, and females (which grow largest) can be five inches long. Toads have bumpy or warty skin, rather than the smooth skin of frogs.

California Toads blend in well with their surroundings thanks to their cryptic camouflage. Their basic color is usually faintly greenish brown or tan, with many small black patches. Adults usually have a faint white stripe running down the middle of their back.

Their bumps tend to appear in these black markings, and no, contrary to the old myth — handling a California Toad will not give you warts. They typically void liquid if you pick them up, so you may get urine on you, but not warts.

California Toads move by crawling and walking, as well as hopping. They will often return to the same refuge day after day, hiding in a damp area under bark, an old piece of plywood or in a rodent burrow during daylight hours, and then emerging at night to hunt for beetles, grasshoppers, crickets, pillbugs and other invertebrates when it's cooler.

During more humid times, toads are active during the daytime as well. If their habitat is in the immediate vicinity of a pond or pool, they may spend much of the day mostly submerged in the vegetation at the edge of the water.

Although they are quiet and usually unseen, adult toads will suddenly appear en masse on rainy nights in later winter, when they converge in ponds and small lakes to release and fertilize strands of gelatinous eggs.

This can result in depressing carnage on roads that are close to bodies of water, like Bear Valley Road in BVS or Crofton Road in Stallion Springs, as adults try to make their way to the lake.

Amphibians will often use small, even ephemeral pools that eventually dry out as natal waters in which to lay their eggs. While this approach comes with risks, if it dries out too soon before the tadpoles have completed metamorphosis into little adults, there is also the advantage that temporary pools tend not to have fish or other predators.

The swarm of tadpoles that result from a successful breeding season typically all emerge together as tiny toads. This strategy can result in another large mortality event, but having that sudden abundance of little toads dispersing over just a few days means that predators in the area have a limited to window to prey on them, rather than a steady trickle of vulnerable baby toads over months.

Although slow moving and soft-bodied, toads are not without defense: they have parotoid glands located a short distance behind their eyes. These glands produce a milky alkaloid toxin that many predators find distasteful or even debilitating.

Other predators like garter snakes seem to not be bothered by toad toxin. Ravens prey on toads but consume them from the belly side and avoid the parotoid glands.

California Toads are common but often unseen residents of the Tehachapi Mountains. Since they are susceptible to pollutants and poisons, their presence is typically a sign of a healthy, uncontaminated environment.