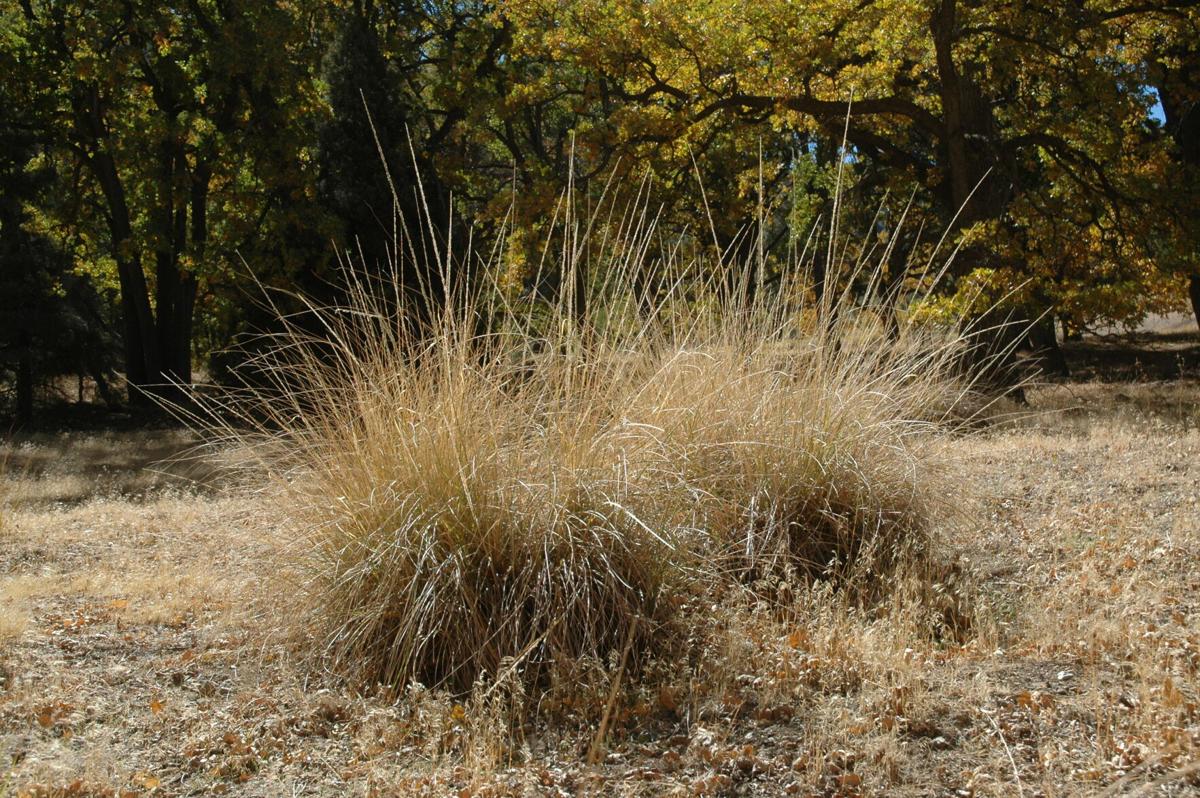 Wild Deergrass growing in an opening among Valley Oaks at the Old West Ranch. 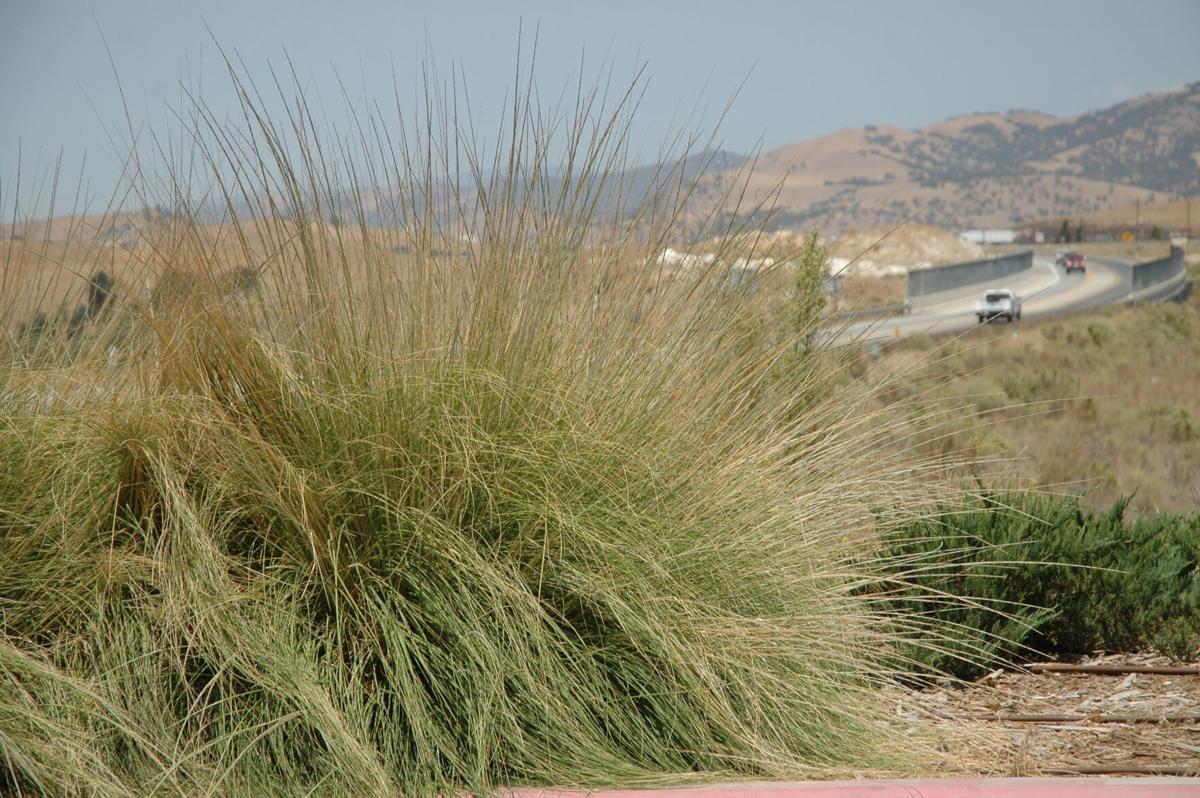 Large healthy stands of Deergrass grow at the Walgreens shopping center and are visible as you arrive to leave town from Tucker Road. 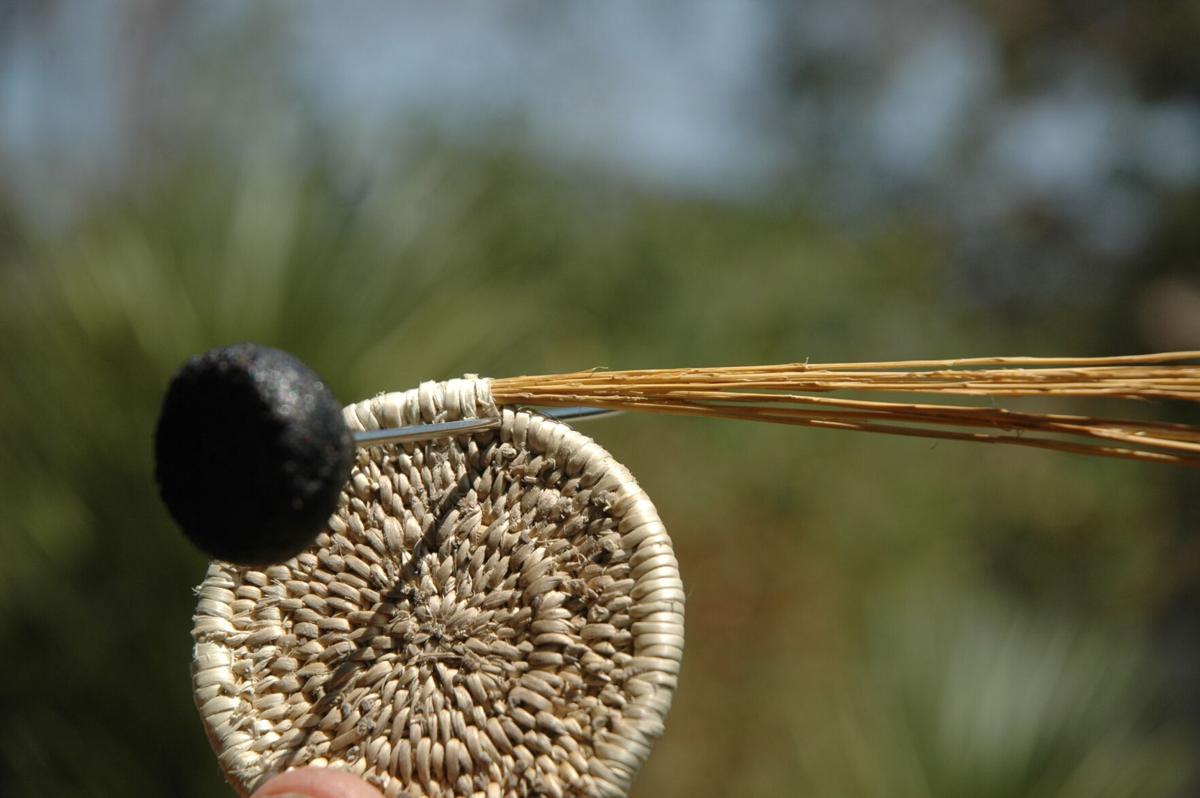 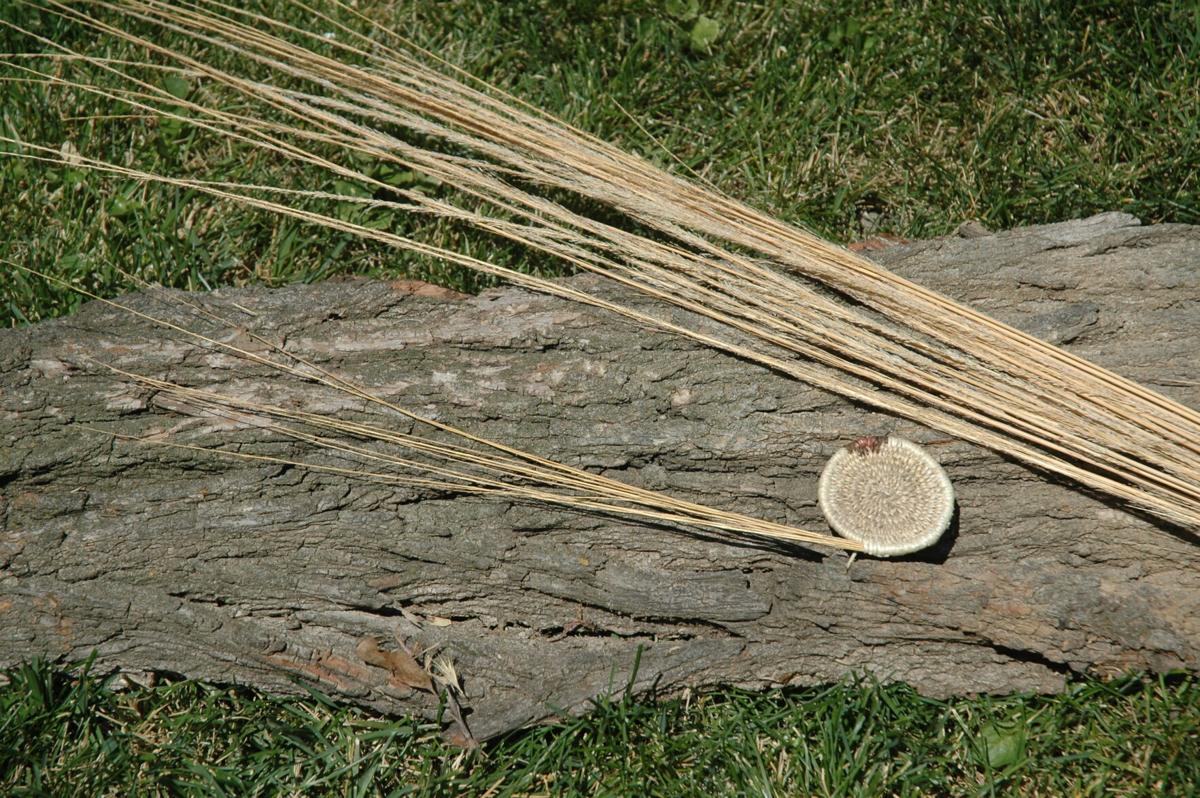 Deergrass stalks before they've been cleaned (had the seeds removed) and a basketry start. 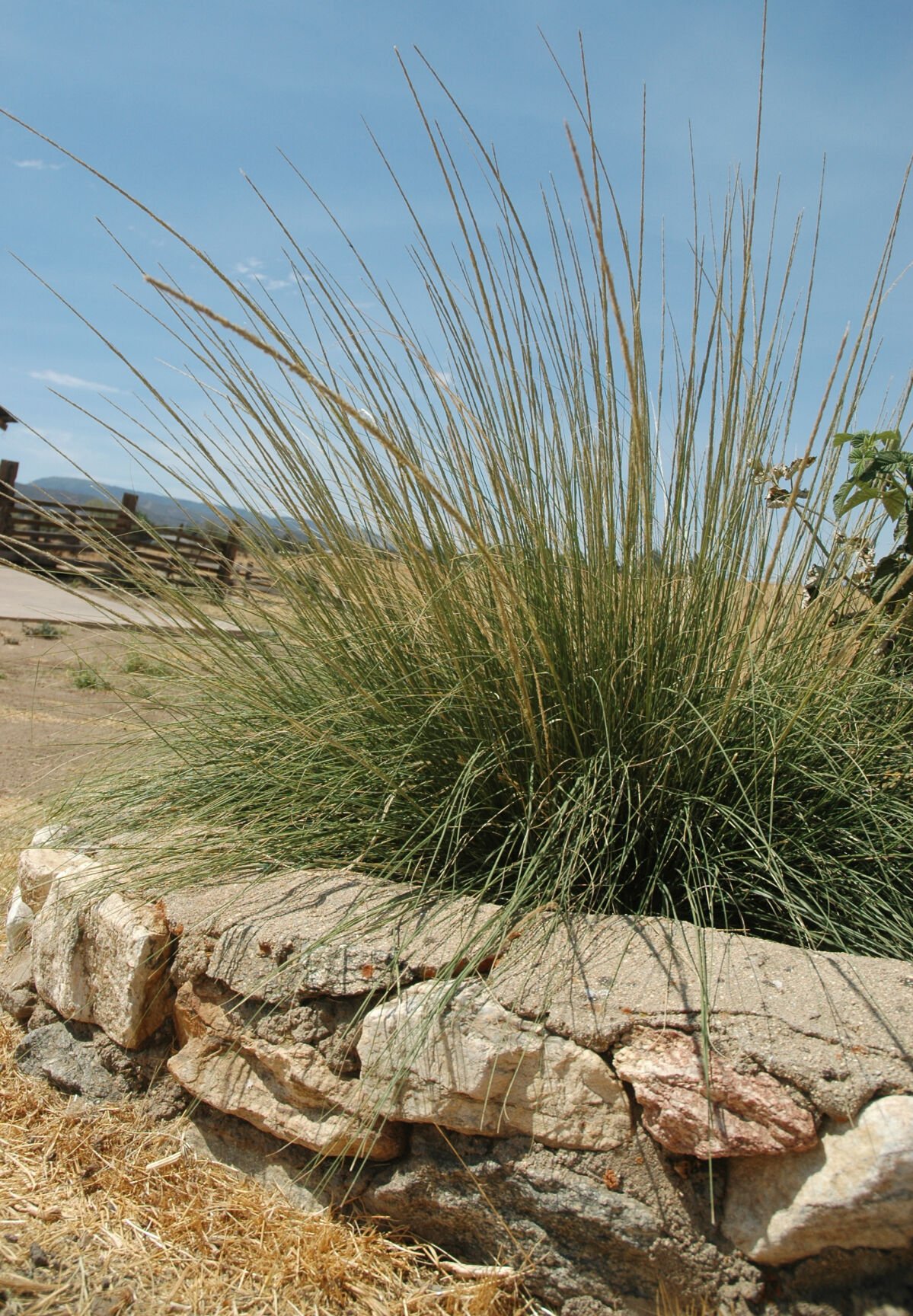 The graceful wave of Deergrass stalks in a breeze is a quintessential California — and Tehachapi — summer scene. 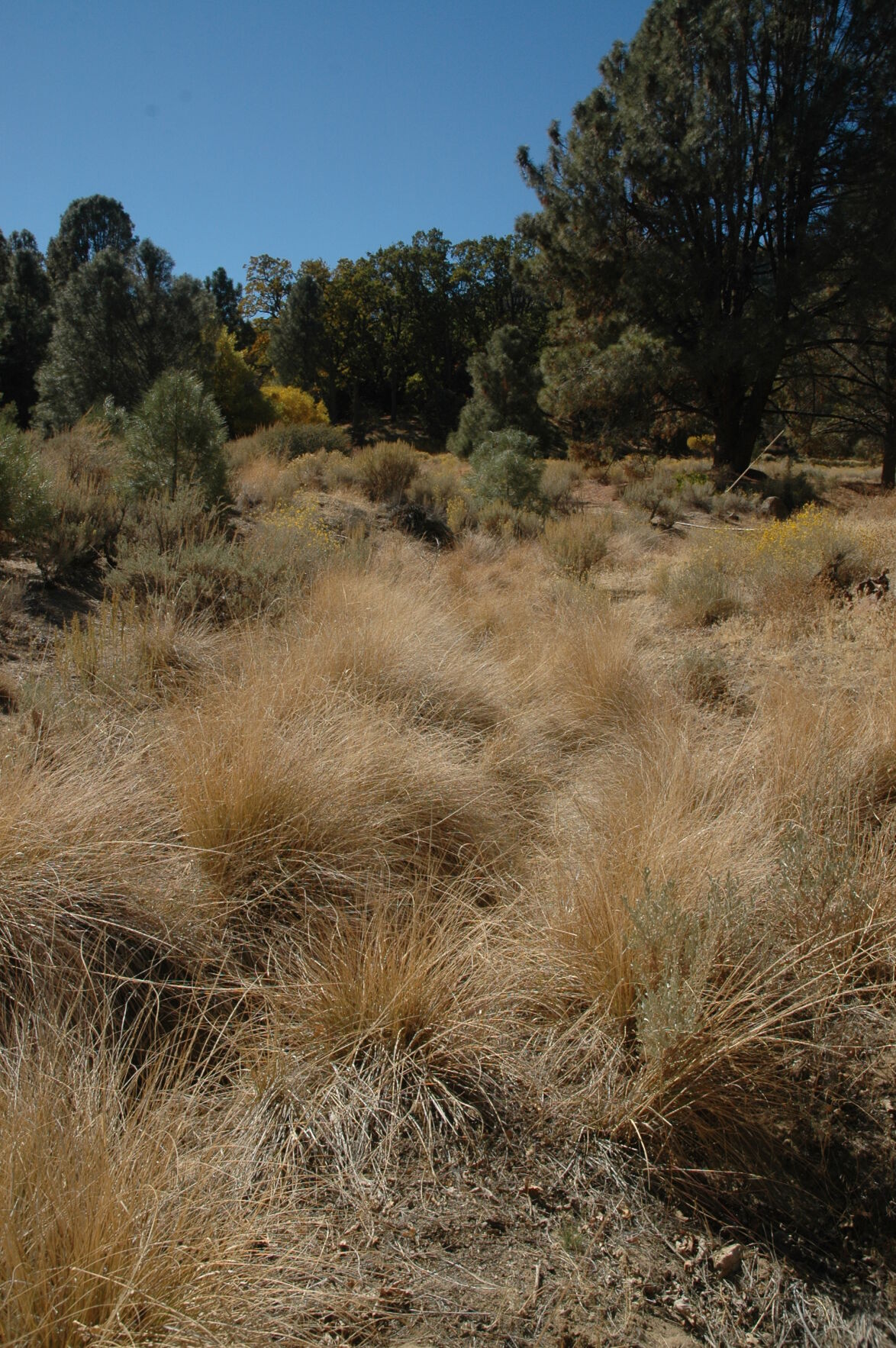 A colony of Deergrass plants along a seasonal creekbed at the Old West Ranch.

Wild Deergrass growing in an opening among Valley Oaks at the Old West Ranch.

Large healthy stands of Deergrass grow at the Walgreens shopping center and are visible as you arrive to leave town from Tucker Road.

Deergrass stalks before they've been cleaned (had the seeds removed) and a basketry start.

The graceful wave of Deergrass stalks in a breeze is a quintessential California — and Tehachapi — summer scene.

A colony of Deergrass plants along a seasonal creekbed at the Old West Ranch.

For thousands of years, a beautiful and hardy species of bunchgrass grew in small meadows in the mountains and foothills of California, including in the Tehachapi Mountains. Many Native people, including the local Nuwä (Kawaiisu or Southern Paiute) people, cherished this stately grass, for it furnished the foundation rods for their fine baskets.

Then settlers arrived who had little interest in the original cultures. Overgrazing and invasive annual grasses overpowered the native perennial grass, basketmaking largely stopped and humans forgot about the bunchgrass.

Eventually a few more thoughtful, observant people became interested in native plants and their many useful qualities. It was only a matter of time before their attention rested on the old indigenous bunchgrass, and people liked what they saw.

This tough perennial bunchgrass has become increasingly popular for landscaping. It is fairly drought-tolerant but thrives with regular watering. Deergrass produces tall seed stalks that wave gracefully in the afternoon breeze. The long narrow leaf blades arc outward from the center of the clump and trail artistically around each bunch of Deergrass.

Even under ideal conditions, the clumps only reach about three feet high, with the seed stalks rising another couple of feet above that. There are many healthy examples of Deergrass growing around the city of Tehachapi, including at the corner of Tucker Road and Tehachapi Boulevard, where they are planted around the shopping center that houses Walgreens.

Indian basketmakers are believed to partly responsible for the prevalence of Deergrass in California, for they practiced a form of maintenance tending in which they would burn small grasslands and meadows in autumn. This kept back shrubs and suppressed other Deergrass competitors, and the Deergrass would resprout from the root crowns that were safely underground.

While Muhlenbergia rigens is widespread throughout the Tehachapi Mountains, nowhere is it abundant or common. I have only found it in small colonies ranging from five to 25 plants in places like the Old West Ranch, Horsethief Canyon, Oak Creek Canyon, Bear Valley, etc.

The Nuwä word for Deergrass is sipubivi, pronounced si-puh-BIV-eh, and the seed stalks have been used to form the flexible foundation rods of coiled baskets. Baskets of this type are started in the center with a little circular ring of knotted willow fiber, which is then gradually expanded in a spiral by weaving split willow to tightly wrap around a bundle of Deergrass stalks about the diameter of a pencil or smaller.

Each coil of the basket is stitched to the previous coil, with additional Deergrass rods being added continually as the basket spirals its way around.

Before being used for basketry, Deergrass rods must be cleaned at the ends — basketmakers remove the tiny and sharp fibers that support the seeds. When gripping the stalks firmly to clean them, these little fibers can slip into your skin like a sharp splinter (trust me) as you slide your hand down the stem to remove them, so basketmakers protect their hand with a piece of leather or cloth.

It is gratifying to see the increasing use and appreciation of Deergrass as a landscaping plant. Though some commercial yard maintainers still have to become aware that one of the primary reasons for growing Deergrass is their long, graceful seed stalks. Too often I see Deergrass chopped down to rounded clumps in the fall, effectively removing one of their main assets as a landscaping plant. The Deergrass tussocks can be periodically trimmed to maintain them, but the seed stalks are not a detriment, they are the chief visual asset of Deergrass in a landscape.

Deergrass can be an especially useful plant in areas that are subjected to lots of deer grazing pressure. Although the name suggests that deer might like to eat it, they don't really care for Deergrass much. They will graze on the new leaves and shoots of young plants, but mature plants aren't very palatable and deer usually ignore it.

However, the name comes from the fact that California Mule Deer does like to conceal its babies in among dense clumps of Deergrass. The fawns blend in well as they spend the first few weeks of their lives lying quietly in the tall grass, avoiding predators as they wait for their mother's infrequent visits for a quick chance to nurse.

Deergrass is an attractive, durable and elegant California native plant, with a rich history as a valued basketry plant. I highly recommend them. Rick at Mountain Garden Nursery usually carries them, and the local Natural Resource Conservation District includes them in their annual native plant sales.