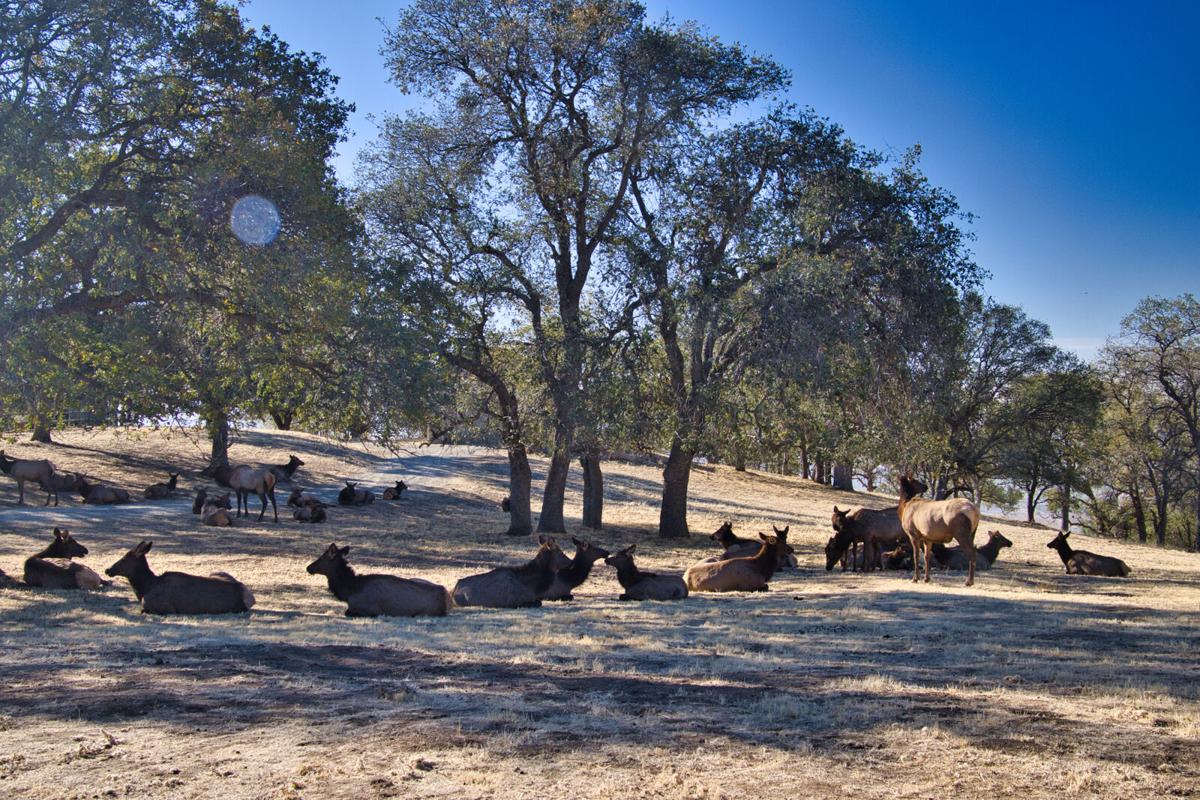 A big elk herd of primarily cows and calves at rest in Bear Valley Springs. 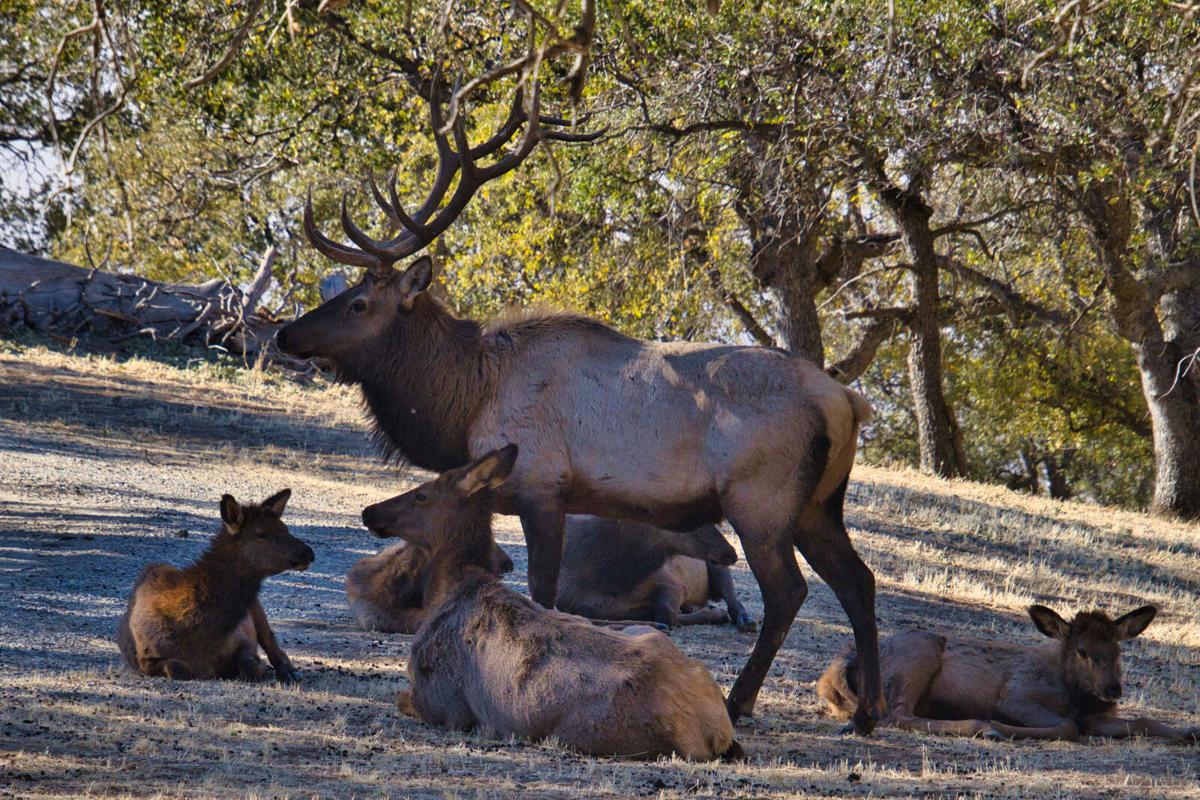 The dominant bull of this harem surrounded by his mates and offspring. 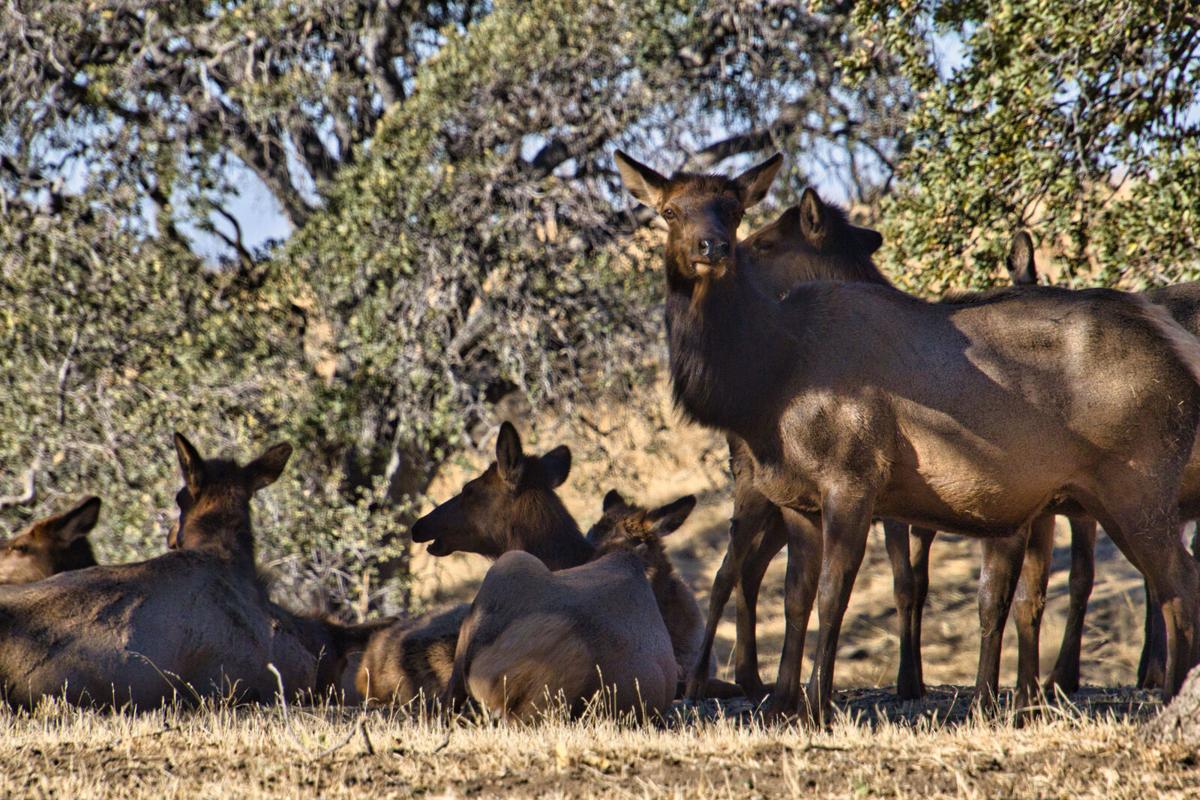 Cow elk lack antlers but they are still large and impressive animals. 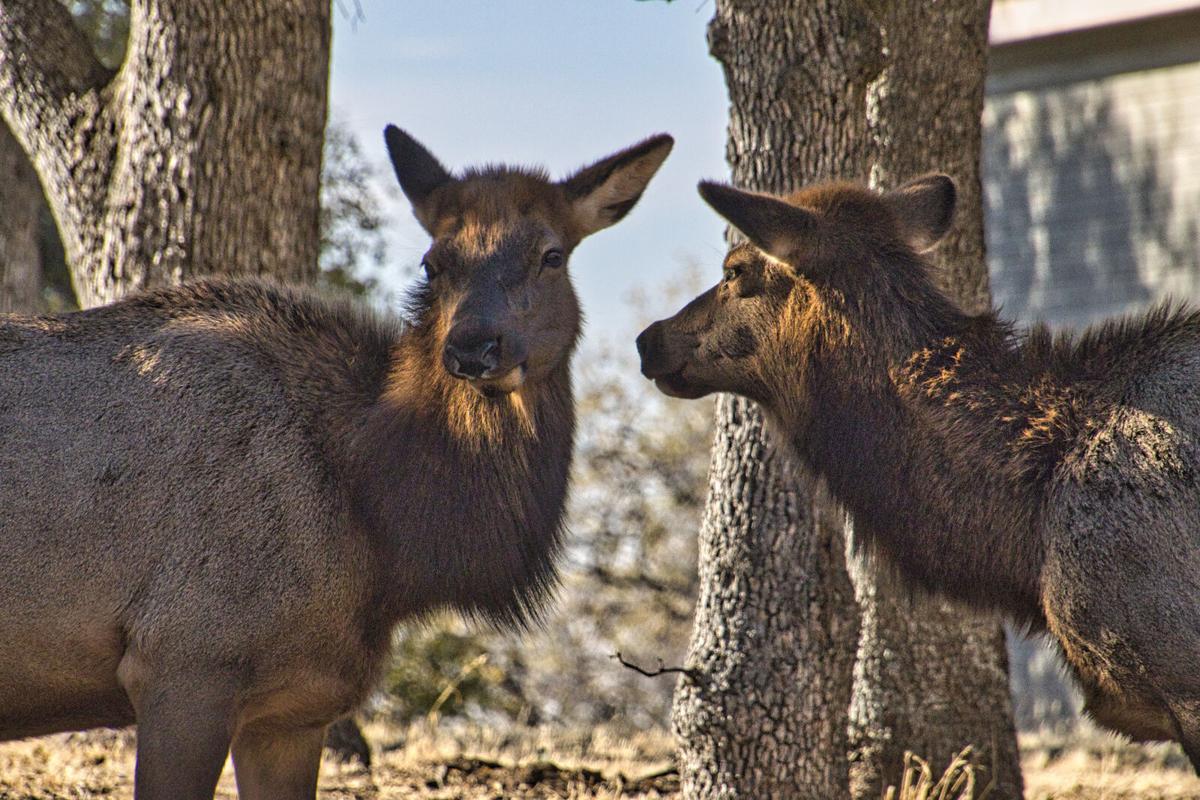 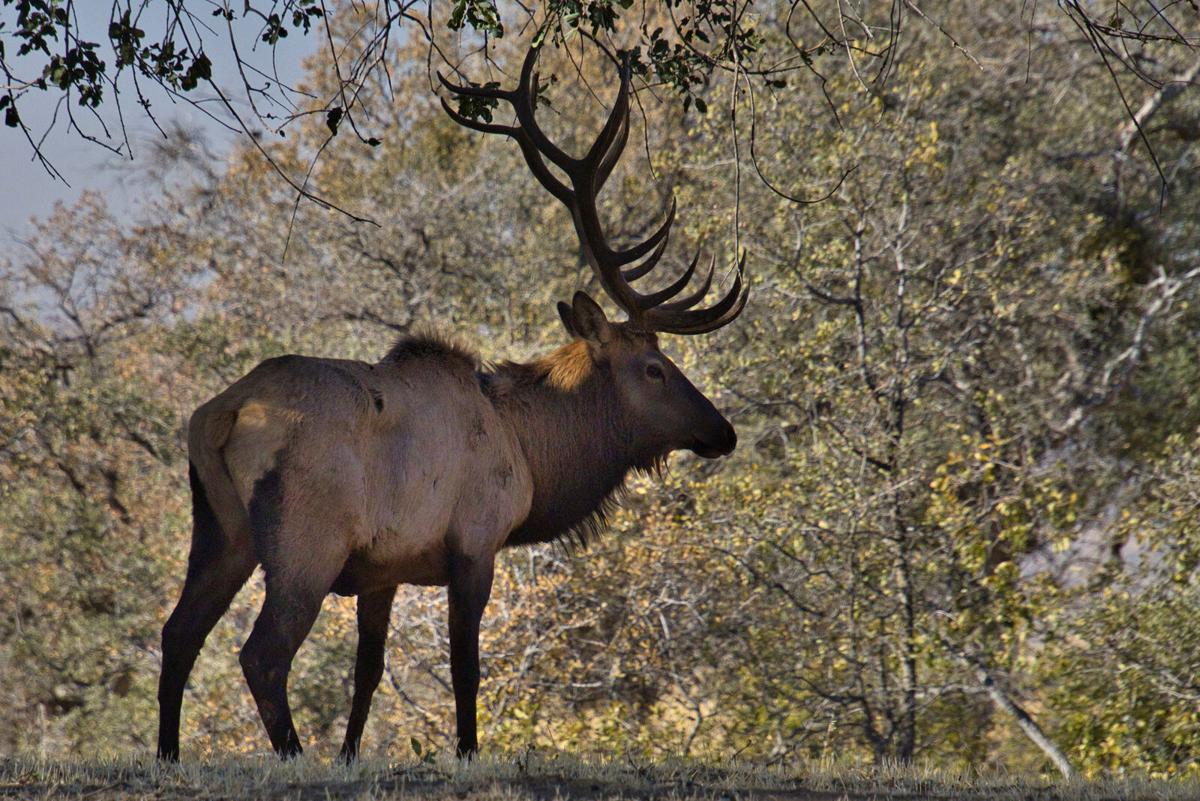 A rutting season marked by battles with other bulls and constant vigilance takes its toll, and this triumphant bull has lost considerable weight.

A big elk herd of primarily cows and calves at rest in Bear Valley Springs.

The dominant bull of this harem surrounded by his mates and offspring.

Cow elk lack antlers but they are still large and impressive animals.

A rutting season marked by battles with other bulls and constant vigilance takes its toll, and this triumphant bull has lost considerable weight.

The elk that can be found in Bear Valley Springs, Stallion Springs and in a slowly increasing wide area are a source of enjoyment and amazement for Tehachapi residents as well as visitors. Mostly the sightings are of bull elk, but the cows are, of course, key to the health and continuation of the herd.

The elk are a subspecies known as either Rocky Mountain Elk or American Elk (Cervus canadensis nelsoni). At the time that Europeans arrived on the North American continent, elk were very widespread. These enormous deer were important to scores of Native tribes, and there were an estimated 10 million elk living in North America.

With colonization and unregulated hunting and habitat loss, two subspecies of elk, Eastern Elk and Merriam's Elk, went extinct. The remaining four subspecies are American, Roosevelt, Tule and Manitoban Elk, and while their numbers were drastically reduced, they avoided extinction and have now rebounded — there is estimated to be more than one million elk in North America today.

The rarest are Tule Elk (Cervus canadensis nannodes), which are native to the Tehachapi Mountains and were hunted by Nuwä (Kawaiisu or Paiute) Indian people. While they were reduced to a single pair of elk by 1875, they managed to survive and reproduce and there are now more than 4,000 Tule Elk in the state.

The American Elk now seen daily in the Tehachapi area are descended from around 400 elk that were reportedly purchased from Yellowstone National Park in about 1966 by the Ellsworth Ranch, which eventually became the Stallion Springs development.

Some of the elk didn't survive the journey of more than 1,000 miles and more died during the first couple of years. The elk were placed into a 640-acre enclosure on the Ellsworth Ranch with a formidable fence. An enormous old oak blew over in a storm one night, however, and knocked down part of the fence.

The remaining 100-200 elk from the initial shipment were thus inadvertently released, and they disbursed throughout the area, including onto the adjacent Tejon Ranch, a gargantuan 270,000-acre property. The fence was dismantled, the Ellsworth Ranch eventually became Stallion Springs, and more than 50 years later, the elk have persisted and become part of the local fauna.

While the bulls can often be seen individually or in small bachelor herds with a few other males, females typically form a larger herd comprised of cows and calves. The cows are smaller than the bulls, but at weights ranging from 350 to 600 pounds, cow elk are also very large animals.

Cow elk have a gestation period of about 8 months, and then they give birth to a calf that weighs about 35 pounds. Most births are single, but twins can occur on rare occasions. Like deer fawns, elk calves are also born with some spots to provide camouflage, though they are not as noticeable as the ones on fawns. Young elk typically stay with their mother and the cow herd for the first year or two of their life.

The elk in the Tehachapi Mountains seem to be continuing to thrive and slowly grow their numbers, despite Southern California's frequent drought conditions. The elk have been responsible for some significant losses to farmers growing vegetables in the Tehachapi area, and some homeowners have reported garden damage due to grazing elk, but otherwise their impact hasn't been dramatic.

My friend Toshimi Kristof and her husband Les of Bear Valley Springs recently went in search of elk during a public safety power outage, and they encountered a big herd of about 40 cows and calves and one dominant bull, still protecting his harem. Toshimi took these excellent photographs of the elk herd at rest.

Elk are interesting and charismatic creatures, as you might expect from deer that are as big as horses. The Nuwä word for them is parahui, pronounced pah-rah-HOO-ee, and means "water deer." I imagine that the ancestral Nuwä would be glad to see elk back in the Tehachapi Mountains. . .