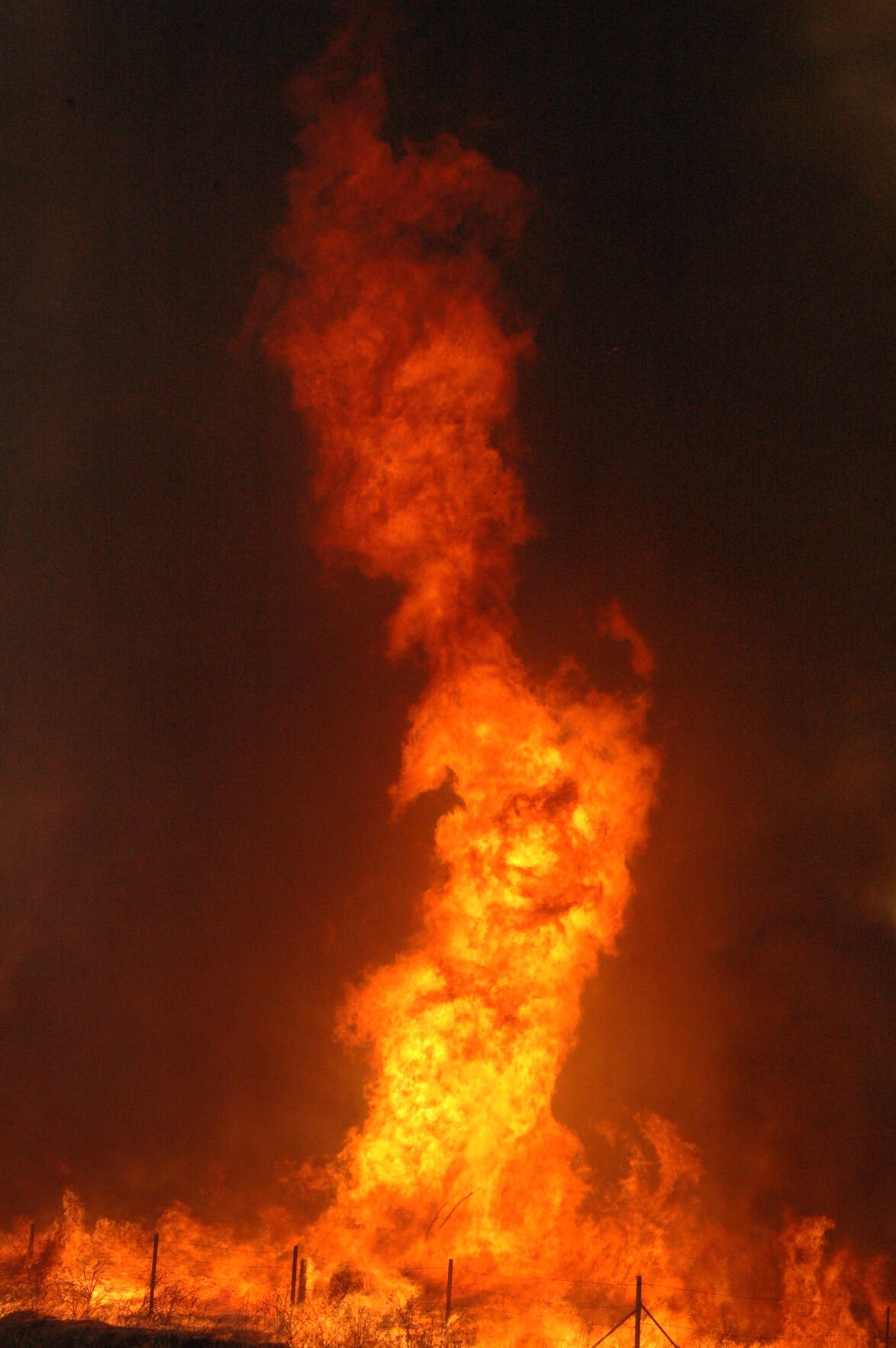 A fire whirl forms in a wildfire near Tucker Road in August 2010. 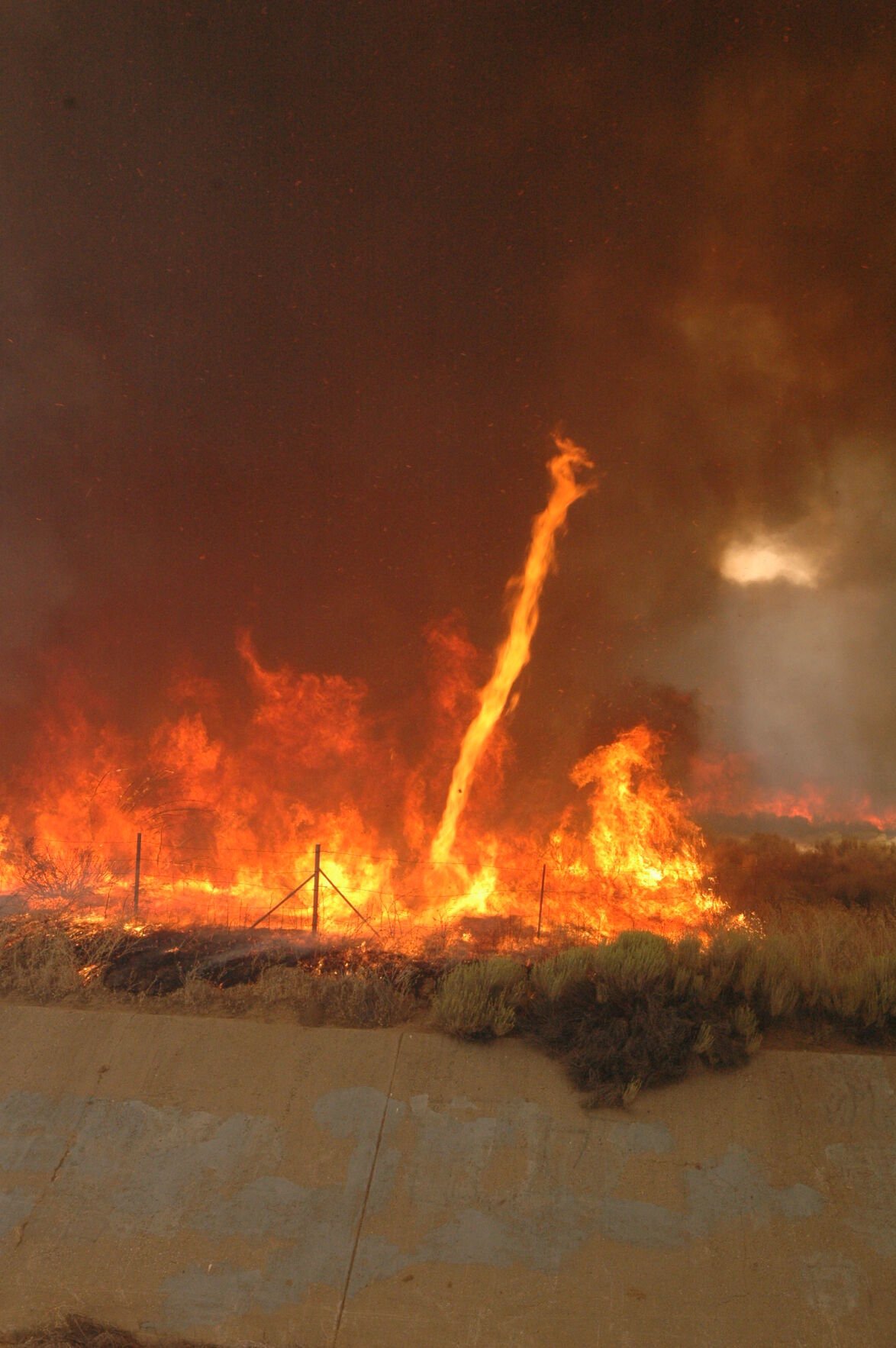 Some fire whirls are very thin and pipe-like. 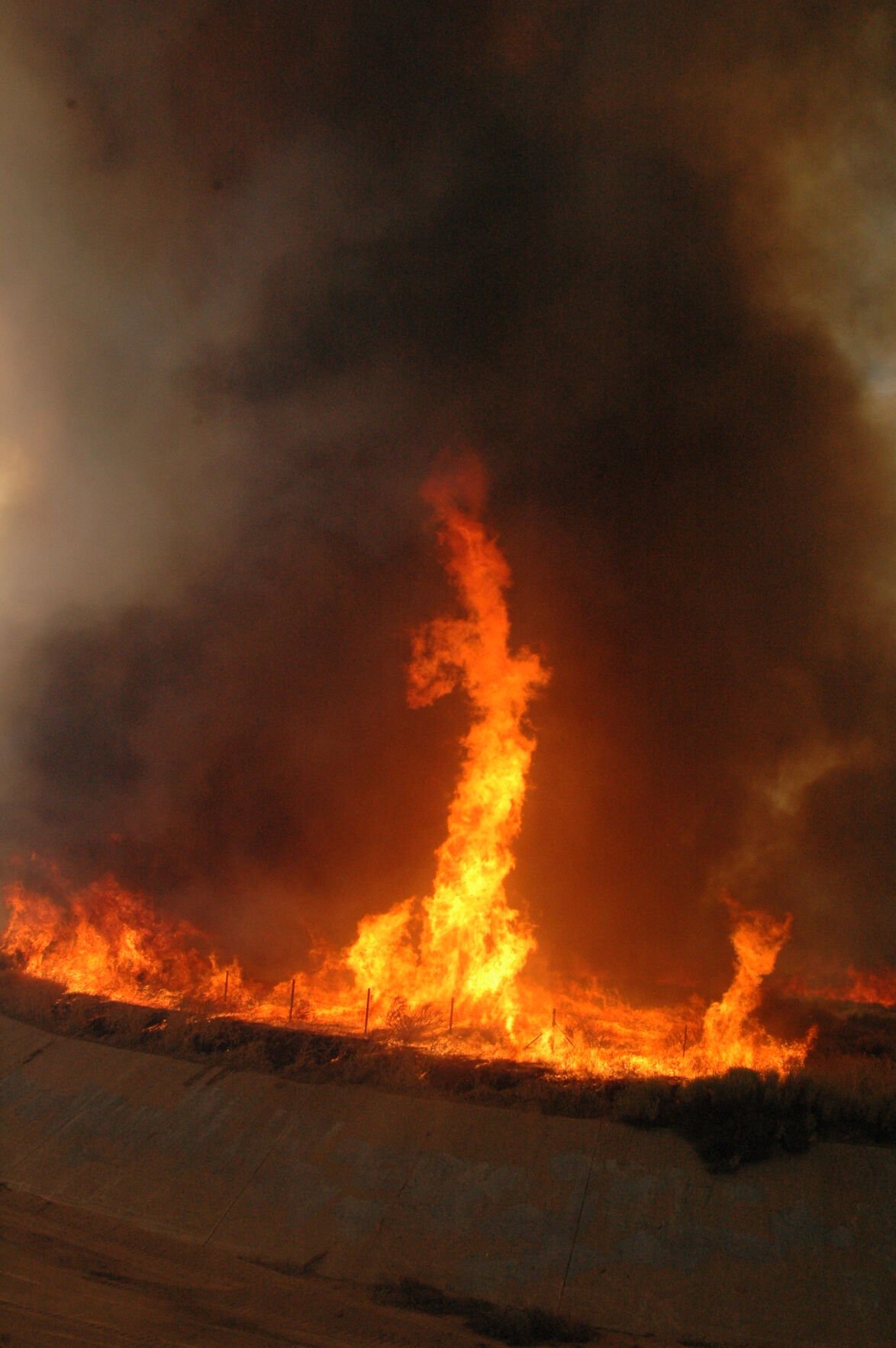 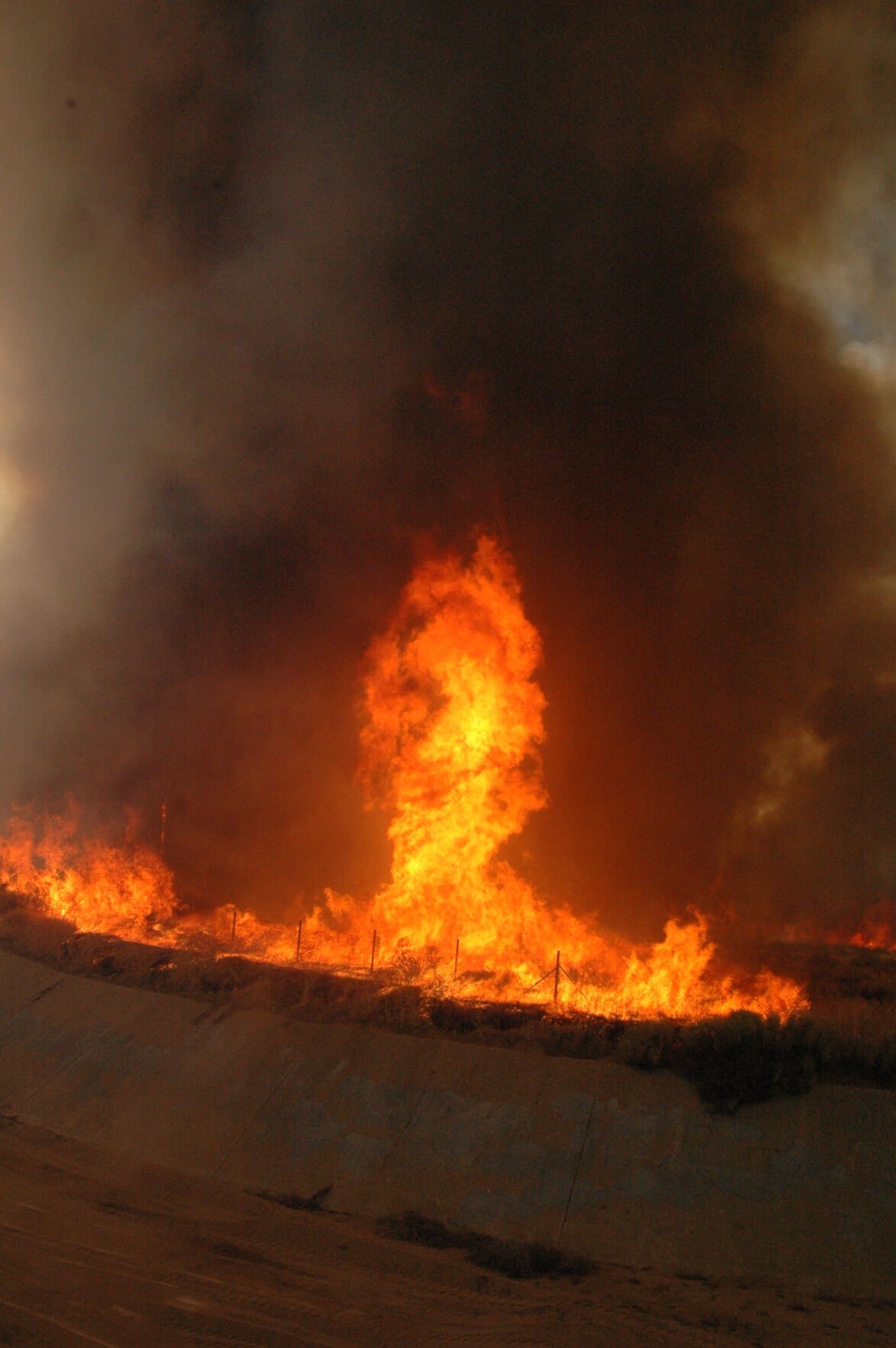 This fire whirl was just starting, beginning low and squat and quickly elongating and rising upward. 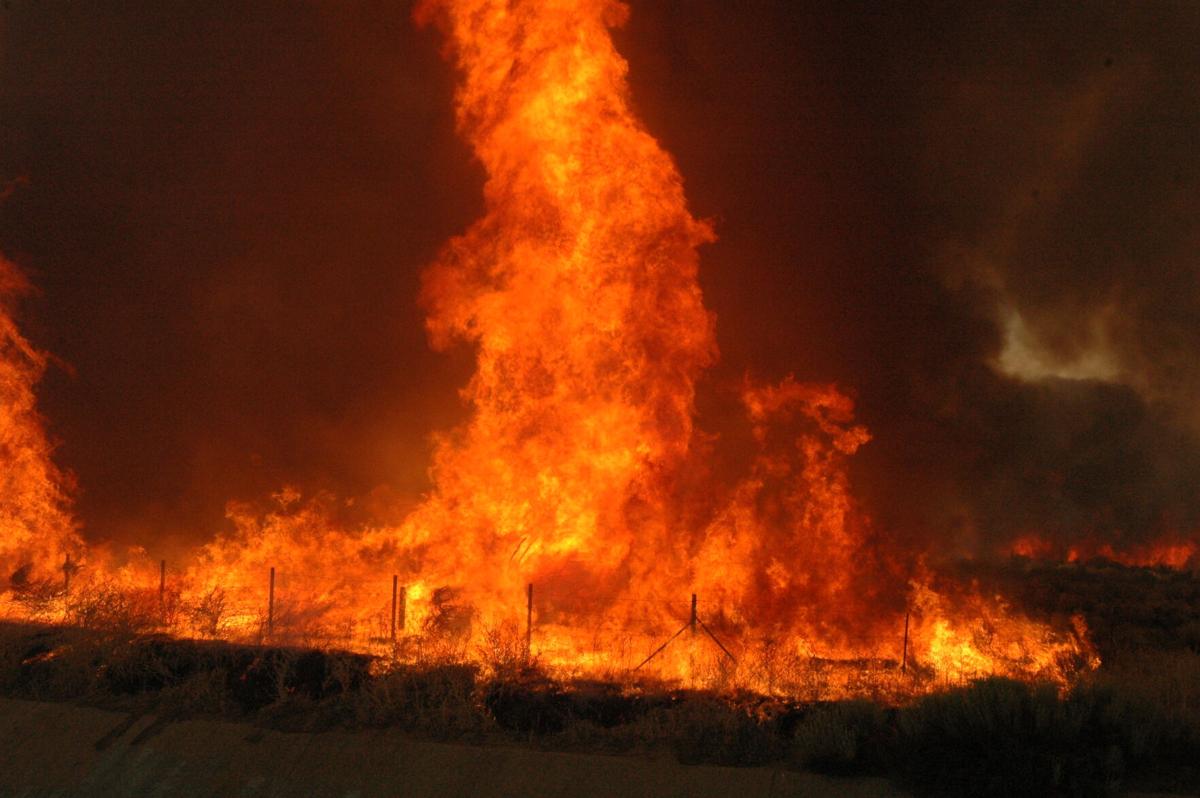 This fire whirl reached 80 feet tall before it dissipated. 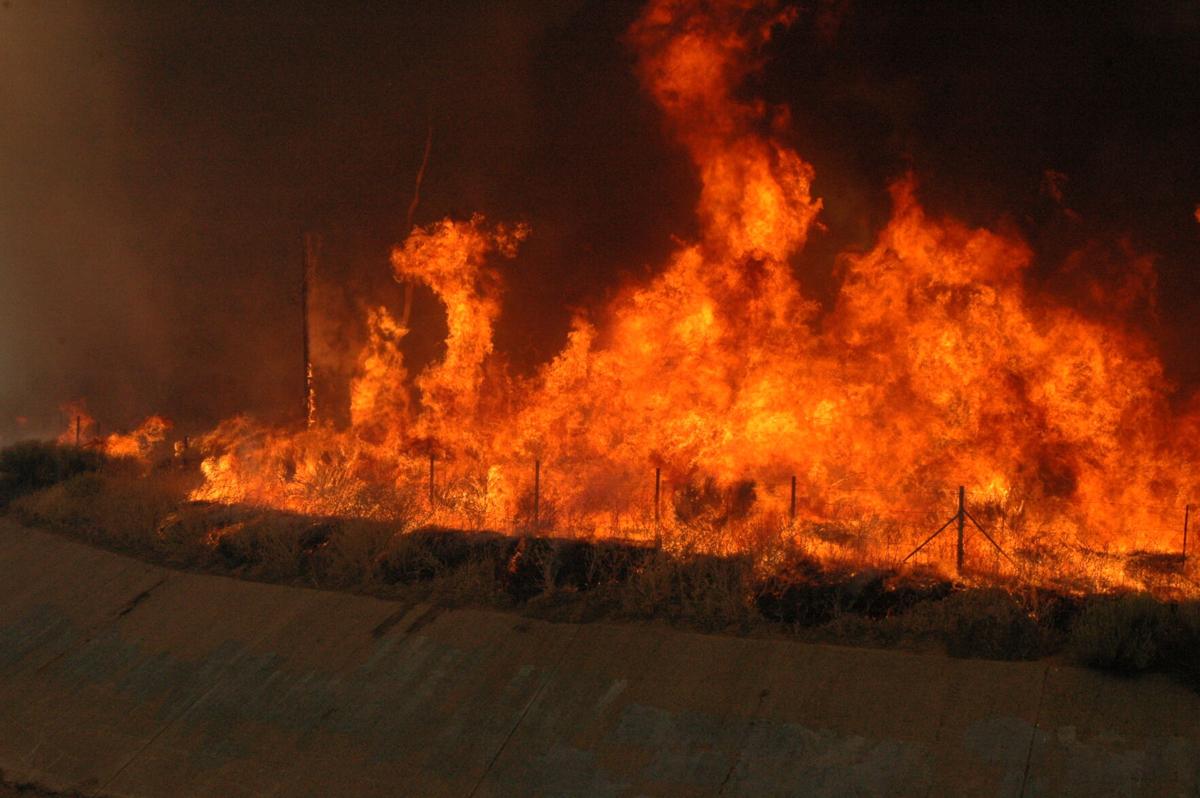 A couple of small fire whirls are just starting to form from this wall of flame.

A fire whirl forms in a wildfire near Tucker Road in August 2010.

Some fire whirls are very thin and pipe-like.

This fire whirl was just starting, beginning low and squat and quickly elongating and rising upward.

This fire whirl reached 80 feet tall before it dissipated.

A couple of small fire whirls are just starting to form from this wall of flame.

As California is ablaze and suffering one of its worst fire seasons ever, there has been some focus on the phenomena known as fire whirls. I have seen and photographed them at fires in the Tehachapi Mountains, and they are both beautiful and eerie.

Some people apply the term fire tornado or “firenado” to any spinning circular column of flame, but technically only the biggest ones are true fire tornadoes, since in most of them that are smaller, the vortex doesn’t extend from ground level up to a cloud base. Much more common are the smaller ones that are like whirlwhinds or dust devils but are made up of flame instead of dust.

The first time I saw a fire whirl was 30 years ago at a fire in Stallion Springs that threatened many homes but ultimately only destroyed two of them — two houses that had not had proper clearing and fire hazard reduction of dry grass, brush and low-hanging limbs right around the structures.

The Kern County Fire Department, one of the most highly respected wildland firefighting departments in the state, was stretched thin but had stationed a fire engine or patrol vehicle and firefighters at each house that was directly threatened.

As airplanes zoomed overhead dropping fire retardant, I saw a wall of flames unexpectedly begin to form a shape, like something was rising up out of the fire. And something was: a fire whirl.

It spun up about 20 feet high, then disappeared after about 15 seconds as the fuel in its path was consumed. It was both mesmerizing and alarming. I went to a number of fires later but didn’t see another fire whirl until August of 2010, when I went to photograph a wildfire in an empty field bordered by Highline and Tucker roads.

It was at this fire, which was roaring through dried grass and rabbitbrush at a relentless pace, that I saw five different fire whirls, producing spinning columns of flames that ranged up to 80 feet high.

As rising updrafts within the fire pulled the flames into tubular vortexes, the sight was unforgettable. And so was the sound – a couple of them made a hissing, almost whistling sound as they spun around. I kept snapping photos as the heat intensified and ash rained down.

The most surprising thing to me was how tall these “fire devils” or fire whirls immediately grew, considering the fuel source was entirely grasses and low shrubs, with no trees.

Fortunately the seasoned and adept KCFD crews managed to contain the fire after two sometimes-harrowing hours, and no structures or vehicles were lost. I was glad to have captured images of fire whirls, since I have only seen one since then and didn’t get a photo before it vanished.

I hope everyone in California is supporting and appreciating the brave men and women in our wildland firefighting crews. They are our “thin yellow line” against the incredible power of wildfires. And I hope our county gets spared the worst of this year’s fire season.