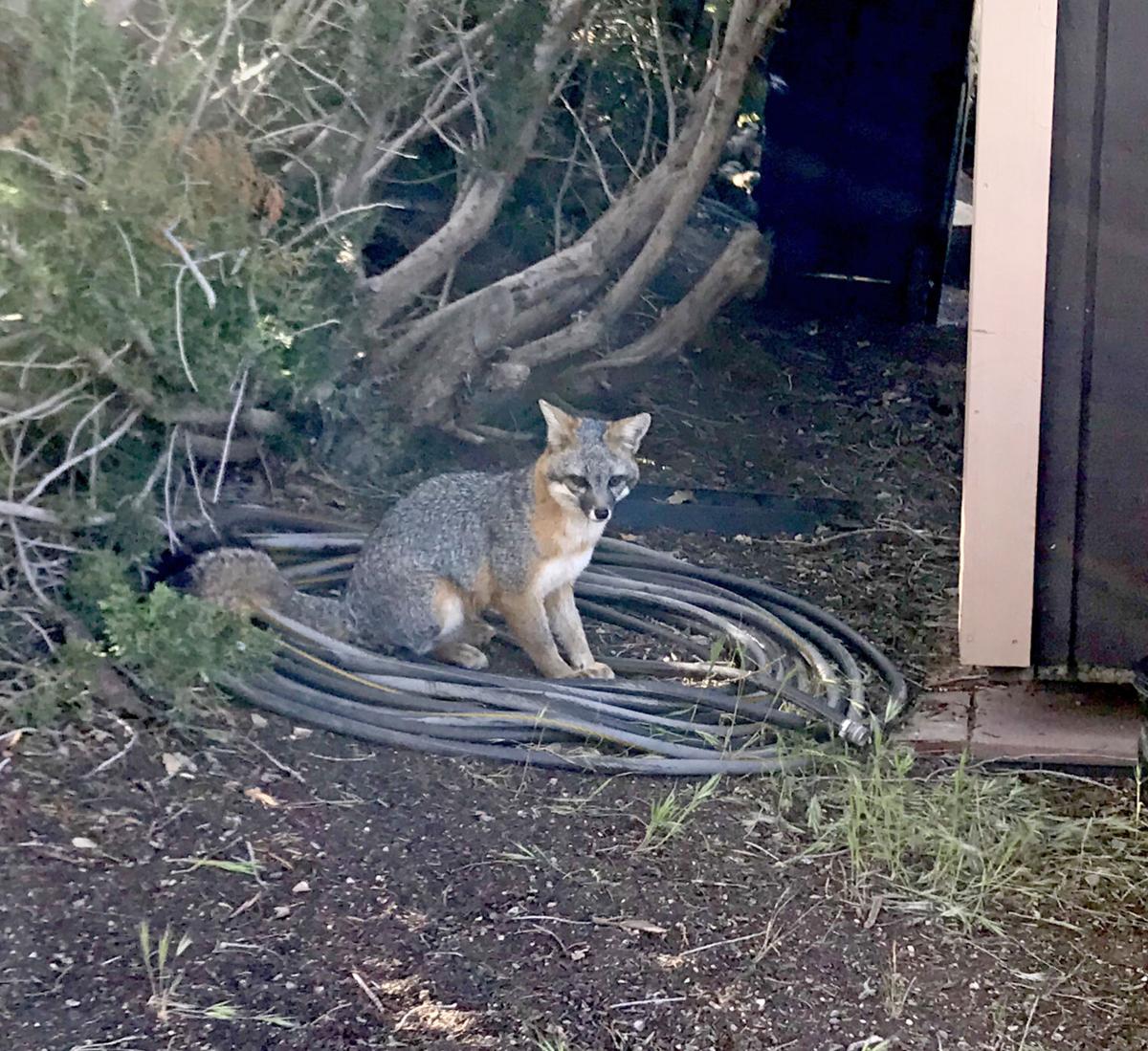 A mother gray fox sits near her concealed kits at the home of Chris and Carol Rush in Golden Hills. 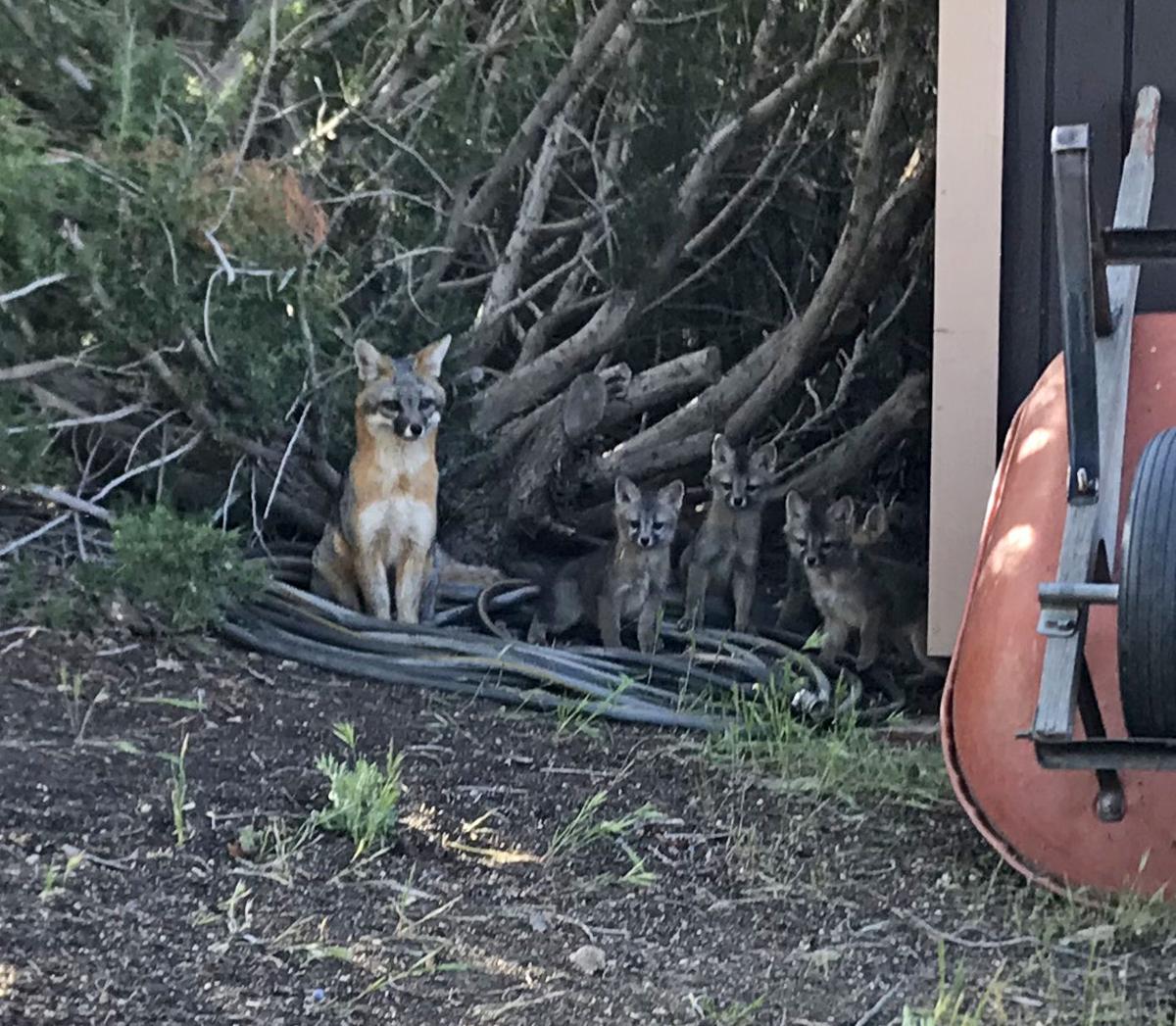 A gray fox mother and three of her five kits next to a shed. 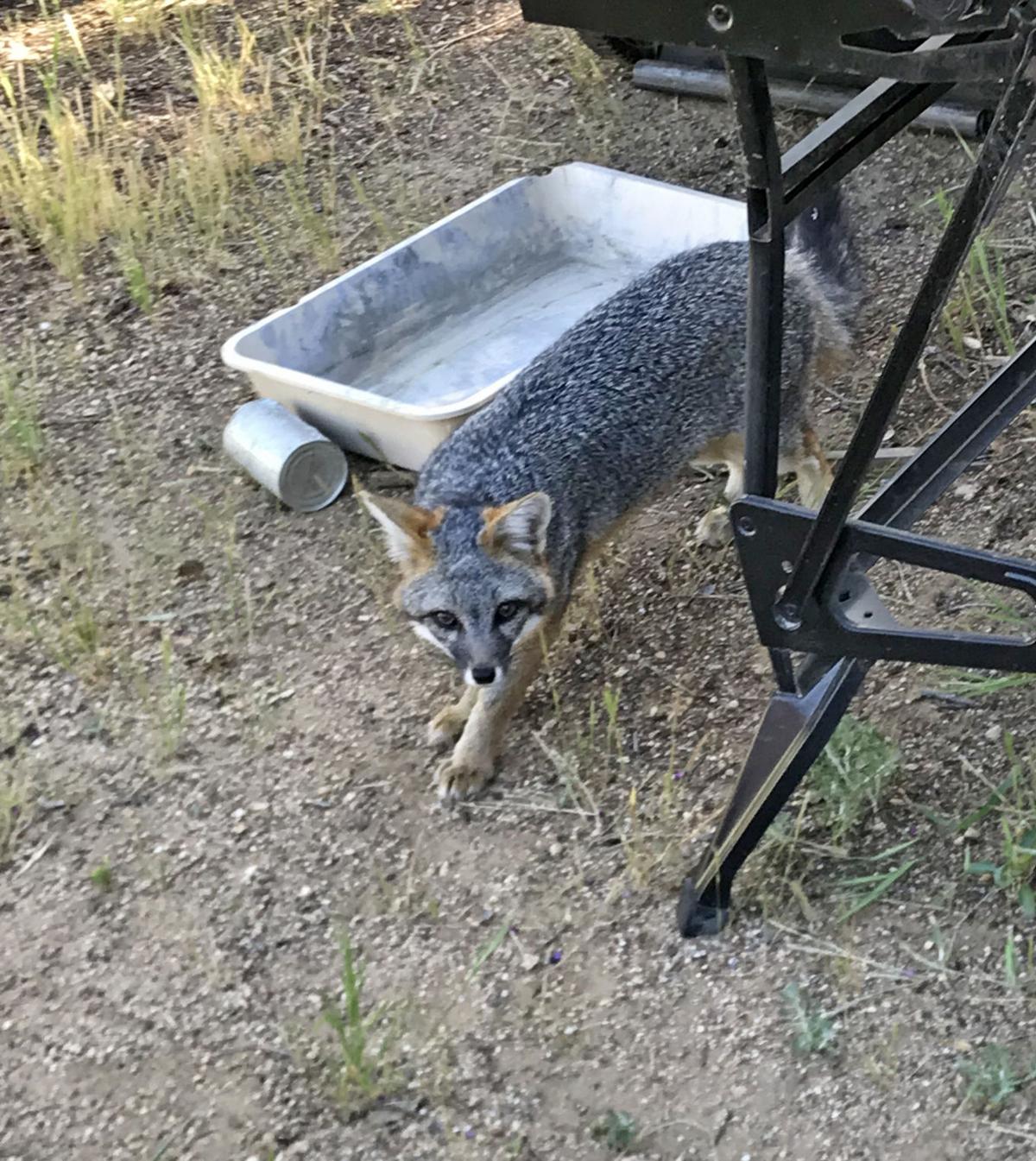 Gray foxes tend to be wary but not overly concerned about people. 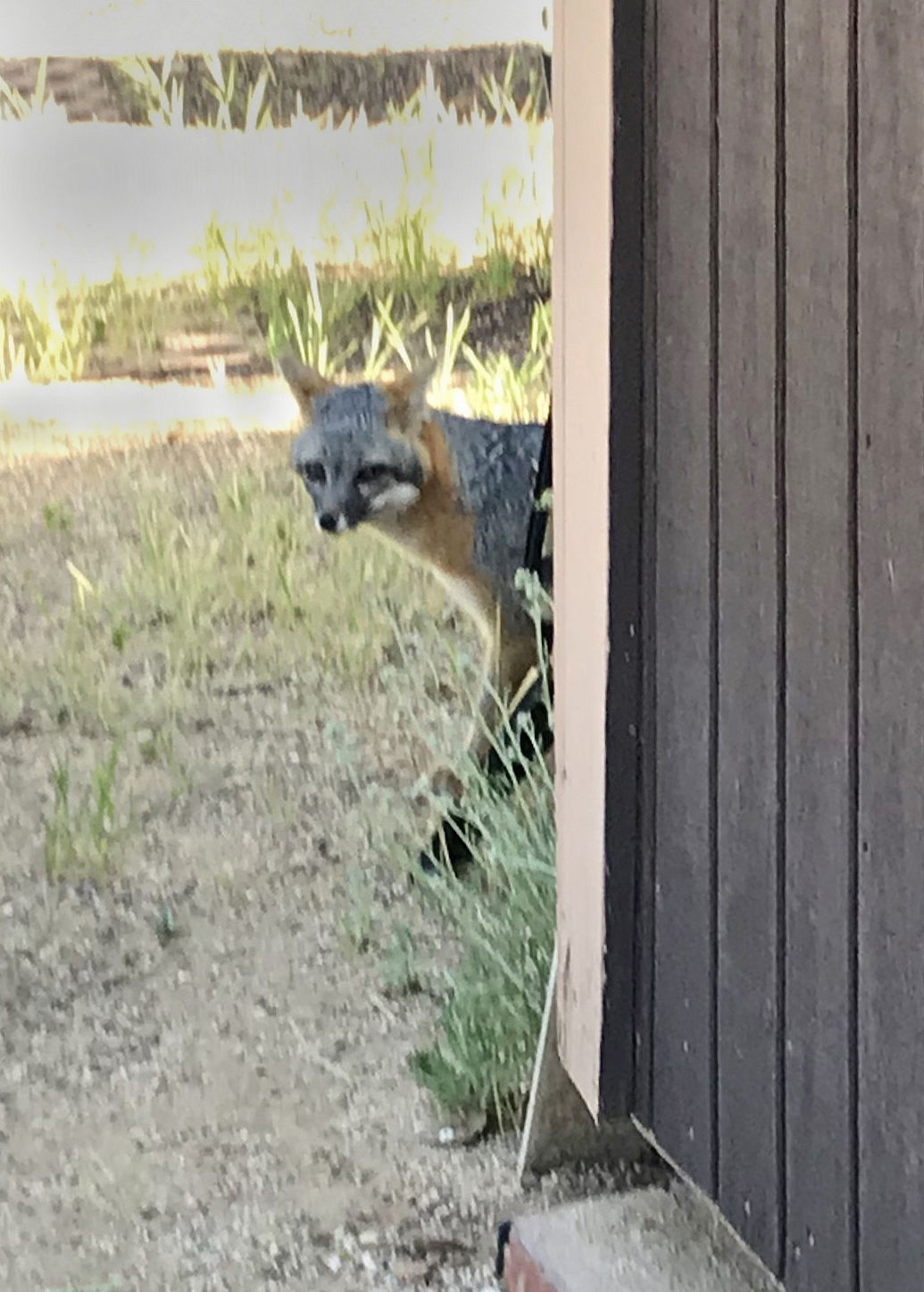 An adult gray fox walks around a shed.

A mother gray fox sits near her concealed kits at the home of Chris and Carol Rush in Golden Hills.

A gray fox mother and three of her five kits next to a shed.

Gray foxes tend to be wary but not overly concerned about people.

An adult gray fox walks around a shed.

"Charismatic wildlife" is the name used to describe animals that people usually find beautiful, interesting, endearing or just plain cute. These tend to be mammals and birds, and tend not to be spiders and snakes. Among the most charismatic wildlife in the Tehachapi Mountains are California Gray Foxes.

Gray Foxes (Urocyon cinereoargenteus californicus) are small canids that are only about the size of a house cat. Unlike almost all other members of the dog family, gray foxes are able to climb trees using their strong, hooked claws. They climb trees for safety from larger predators, and will even raise their babies in a den up inside a hollow limb, if a suitable one is available. Adults typically only weigh about 8 to 15 pounds.

These graceful little creatures have an overall grizzled appearance, and their species name "cinereoargenteus" is Latin for "silvery gray." Gray foxes have longer guard hairs and are banded with white, gray and black, giving them a color similar to that of granite.

They also have a reddish cinnamon or fawn color around their ears, chest, legs and belly, which often leads them to be mistaken for red foxes (Vulpes vulpes). Gray foxes have a black stripe down their back and a black tip on their tail, however, and red foxes are larger with a white tip on their tail. Red foxes are found in the Tehachapi Mountains, but gray foxes are far more abundant.

One of the distinctive characteristics of gray foxes is their relative tameness around humans. These small foxes are comfortable living in close proximity to people. Especially around homes without resident dogs, foxes will often take a nap on a wooden deck, drink from a bird bath, or raise a litter of pups under a shed or other outbuilding.

This was the case at the home of Chris and Carol Rush in Golden Hills recently. They were able to observe a mother fox and her five kits hiding in a juniper bush and around a shed on their property. Carol took the photos that accompany this column.

If adult foxes are charming, their kits are adorable. Like puppies, they play and tumble with each other and with their indulgent and tolerant parents. Spring is the most common time for foxes to produce babies, and there are still litters of young foxes scattered throughout Golden Hills, Bear Valley Springs, Stallion Springs, Alpine Forest Park, and other outlying areas right now.

Gray foxes eat primarily rodents and rabbits, though they will help themselves to dry kibble left for outside cats. They can be quite omnivorous too, and will eat insects and berries as well. And grapes, as vineyard owners in foothills areas quickly discover.

Gray foxes tend to be quiet, though they are capable of a variety of shrill little barks. They are generally subtle creatures that tread lightly, and seem more feline than canine in some respects.

Along with deer, elk, bobcats and coyotes, gray foxes are among the most frequently seen wildlife in our area, and these appealing little mammals definitely belong in the charismatic category.