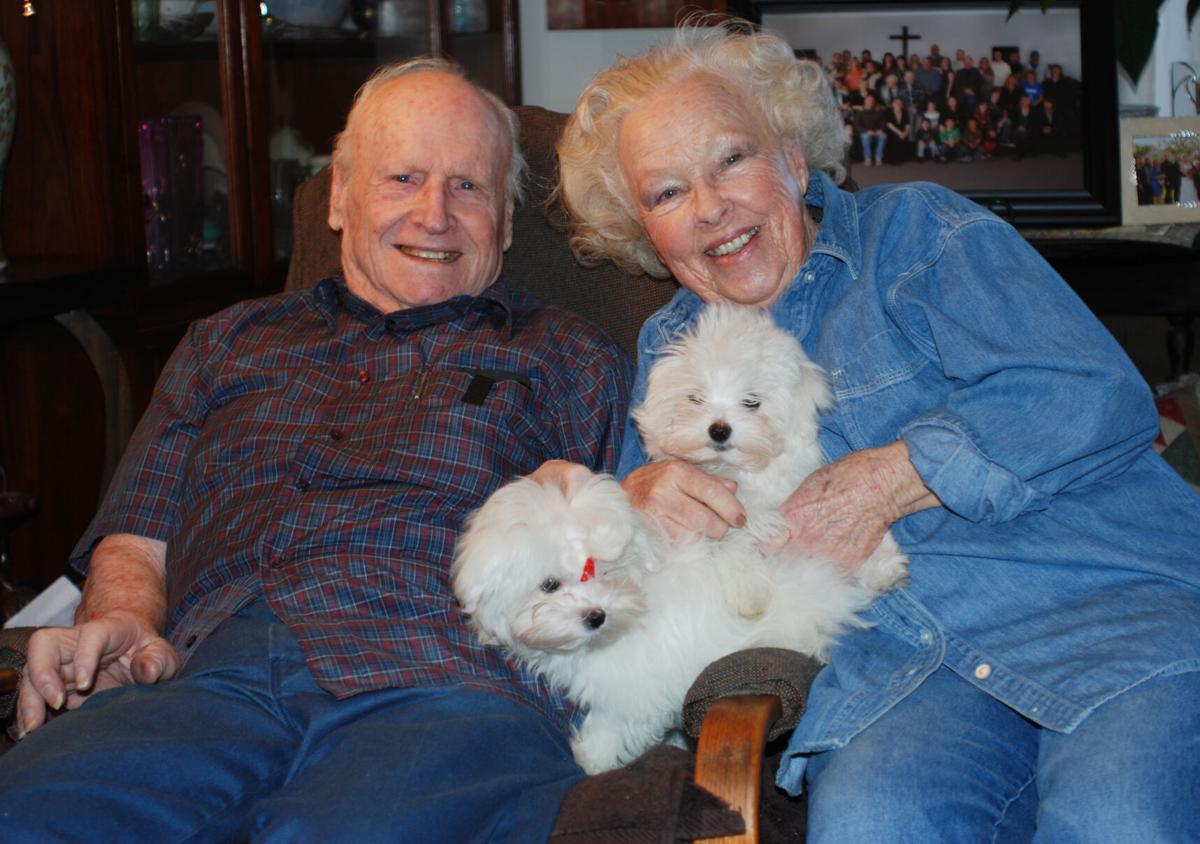 Jean and Dae Lantz at their longtime Tehachapi home. 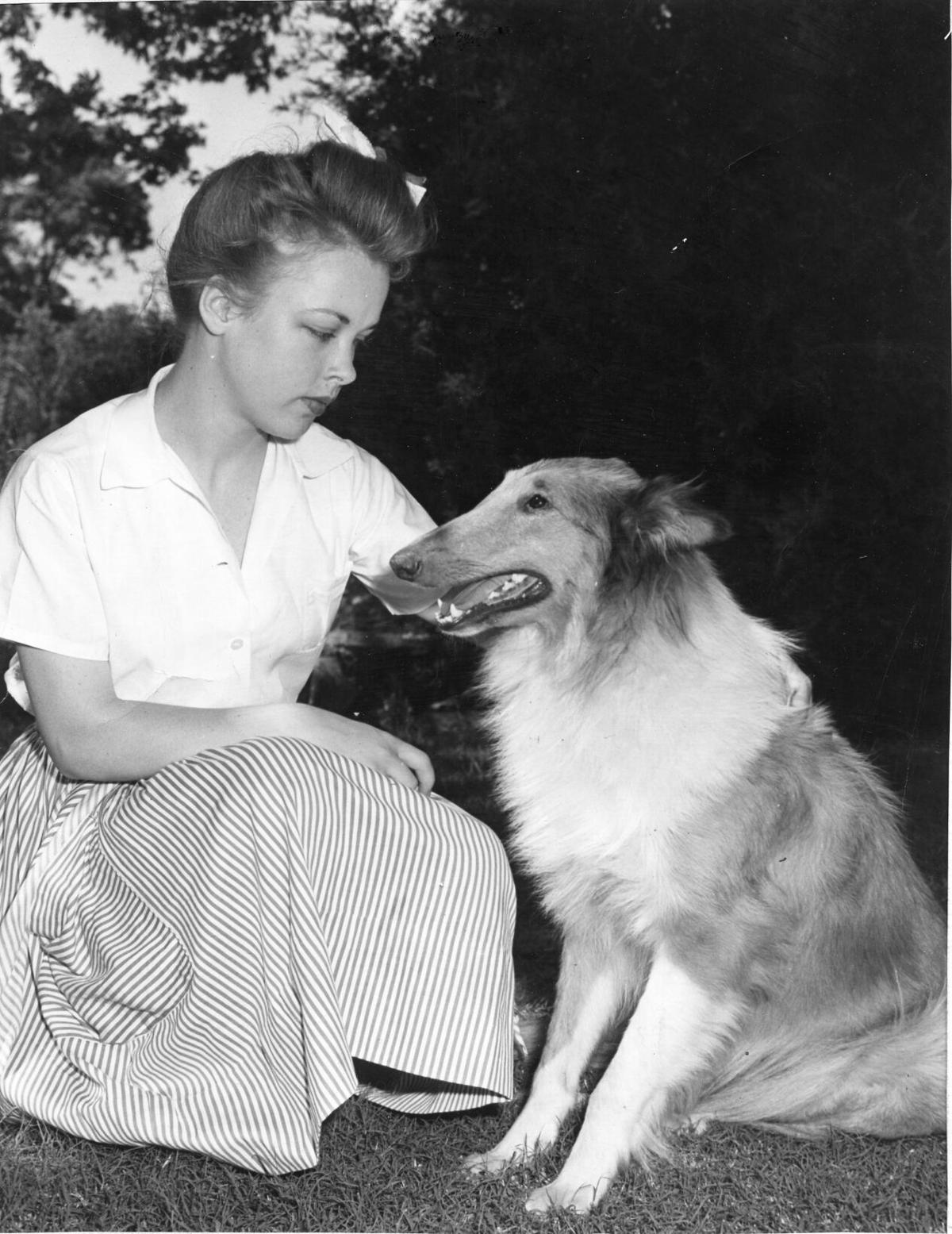 Jean Lantz with the first of many purebred Collies that she would raise. 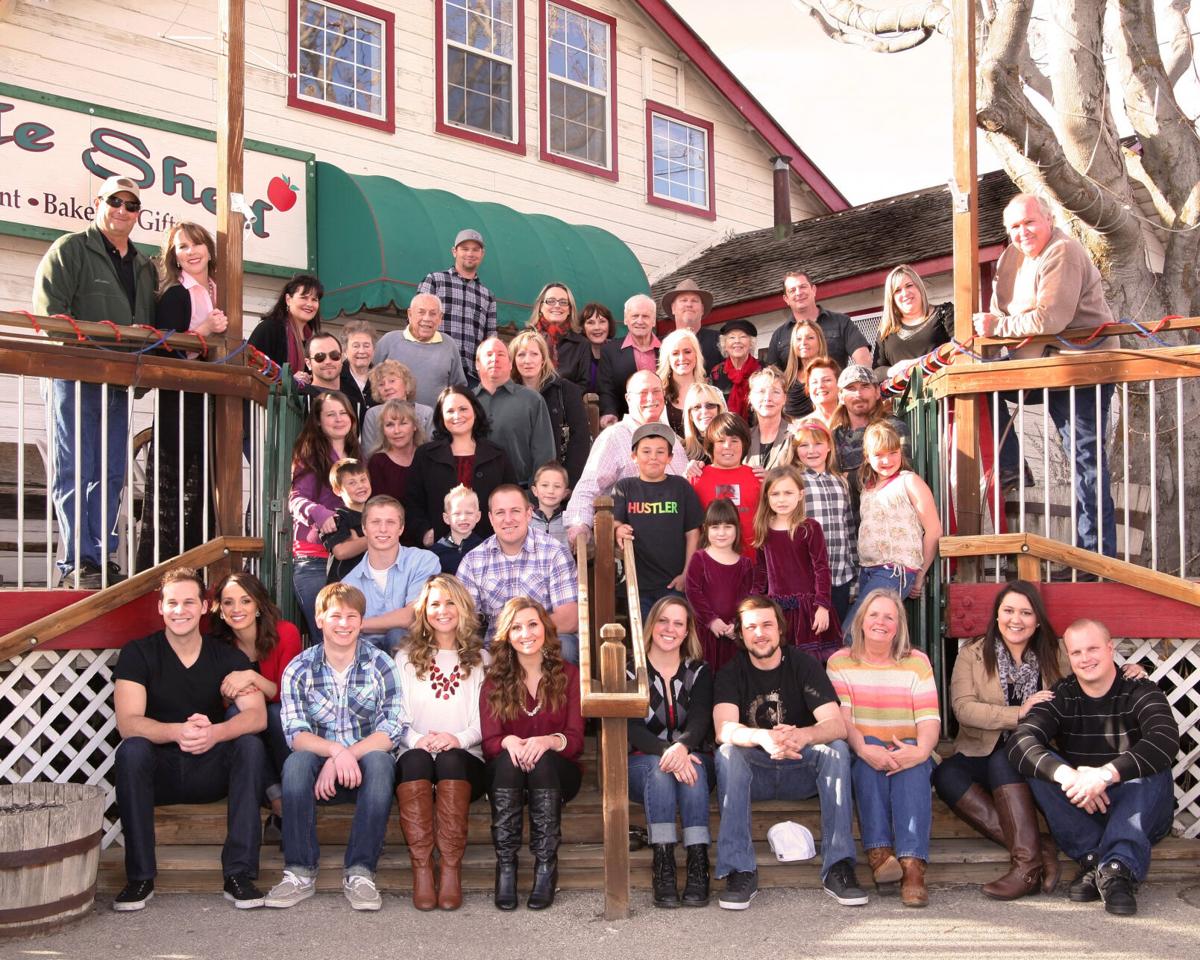 A big gathering of Lantz family members on the steps outside The Apple Shed for Dae's 90th birthday. 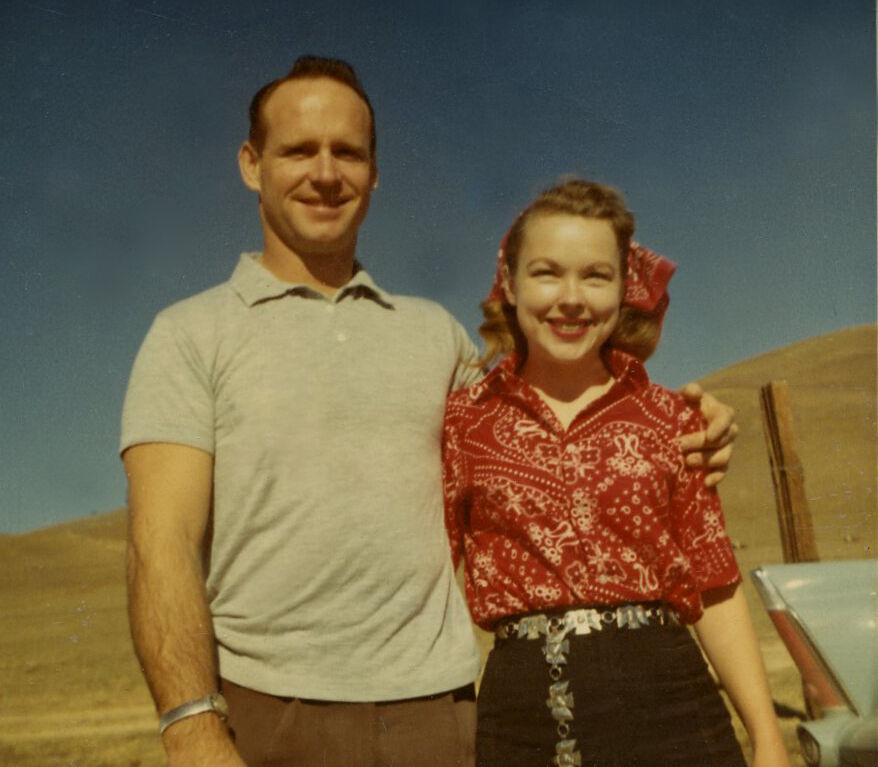 Dae and Jean moved to a cattle ranch in Cameron Canyon in the Tehachapi Mountains in 1949.

Jean and Dae Lantz at their longtime Tehachapi home.

Jean Lantz with the first of many purebred Collies that she would raise.

A big gathering of Lantz family members on the steps outside The Apple Shed for Dae's 90th birthday.

Dae and Jean moved to a cattle ranch in Cameron Canyon in the Tehachapi Mountains in 1949.

A delightful, loving and long life came to an end last week with the passing of Tehachapi resident Jean Lantz, 95, at home after a period of declining health.

Jean was the mother of eight children and numerous grandchildren and great-grandchildren, many of them who live in the Tehachapi area. She and her late husband Dae Jr., who also died at home at the age of 94 in 2017, were early residents of Cameron Canyon and ran a cattle ranch there beginning in 1949.

When Jean turned 95 in the middle of a pandemic on July 28, her daughter Vali, neighbor Barbara Oberg and Vali's daughters Kasie and Kalie organized a drive-by birthday celebration for her. It wasn't able to be the huge gathering that Vali had envisioned before the COVID outbreak, but there were still dozens of well-wishers who came by in their cars, and Jean was thrilled with the outpouring of affection.

In truth, it was simply a return of the love and affection that sprang forth from Jean during her 70-plus years of living in the Tehachapi area. Humans have been described as either givers or takers, which of course is an oversimplification, because most of us do both at different times and places over the course of our lives.

But there are rare people who consistently give and contribute and share what they have with others. Year after year, they serve as fountains of positivity and generosity of spirit. Jean was one of these people. She was beloved because she gave so much love to her community, to her friends, and to her family.

I grew up knowing Jean, because she would buy vegetables from my family's produce stand, which was open in the summers from the 1920s until 1983. My Mom, Wini Hammond, was one of the first actual RNs to ever work at Tehachapi Hospital, and my family had a farm that sold fruit, vegetables, eggs, chickens, etc., so I was raised to be acquainted with lots of Tehachapi people.

Jean was one of our fresh produce customers in the summer. In more recent years, demand for fresh, organic produce has been largely driven by more upscale shoppers willing to pay more for high-quality food bought directly from farmers. But back in earlier decades, our customers were often rural people who had been raised in other states like Oklahoma, as Jean was, and simply appreciated the taste and freshness of produce bought right from the farm.

I got to be close to Jean when she worked as teacher's aide at Wells Elementary School. She was assigned to be an aide to sixth grade teacher Chuck Kraft, a man as intimidating as Jean was sweet and approachable. I have love and respect for Chuck Kraft, don't get me wrong, but he was an old-school teacher whose violent disciplinary methods (I remembered being slammed against the hallway and held against the wall with my feet about 18 inches off the ground) would not be accepted in this day and age.

Jean's little desk in the corner of the classroom was an oasis of calm and kindness, and I and other students gravitated toward her engaging warmth. She obviously loved kids. All of them, even difficult ones. Jean had suffered the loss of her 10-year-old son Sky from a neighbor's negligent use of a firearm, and I think that surrounding herself with children was part of her healing process. Jean confided to me, even way back then, that having her two youngest children, Tod and Vali, was part of her restoration. "My babies saved me," she said. "I didn't even want to go on after Sky got killed."

But Jean did go on, and she continued to be the wellspring of encouragement and support that earned her the love of so many. Jean was not a saint; that would seem to be too one-dimensional for this lively little lady who loved dancing and dressing up, but she truly "showered the people she loved with love."

Jean contributed to our community in ways large and small, including many years of volunteering at the Guild of Tehachapi Hospital. She gave freely and without regret, and this woman of kindness, honesty, courage and good humor set an example for anyone who came in contact with her. I bless the day she became a permanent resident of the Tehachapi Mountains.