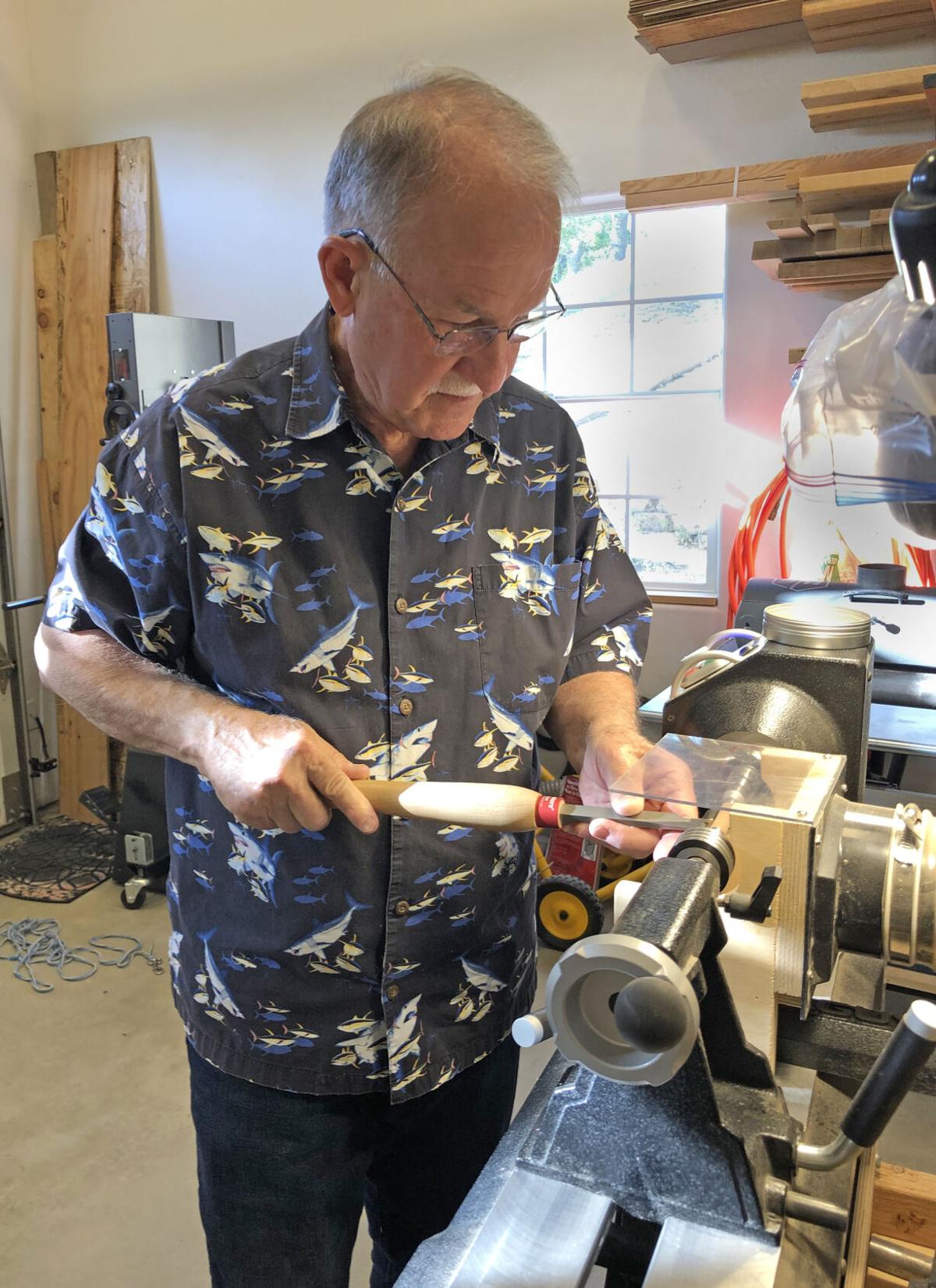 Master woodworker Mark Mayo turns the body of a custom pen on his lathe. 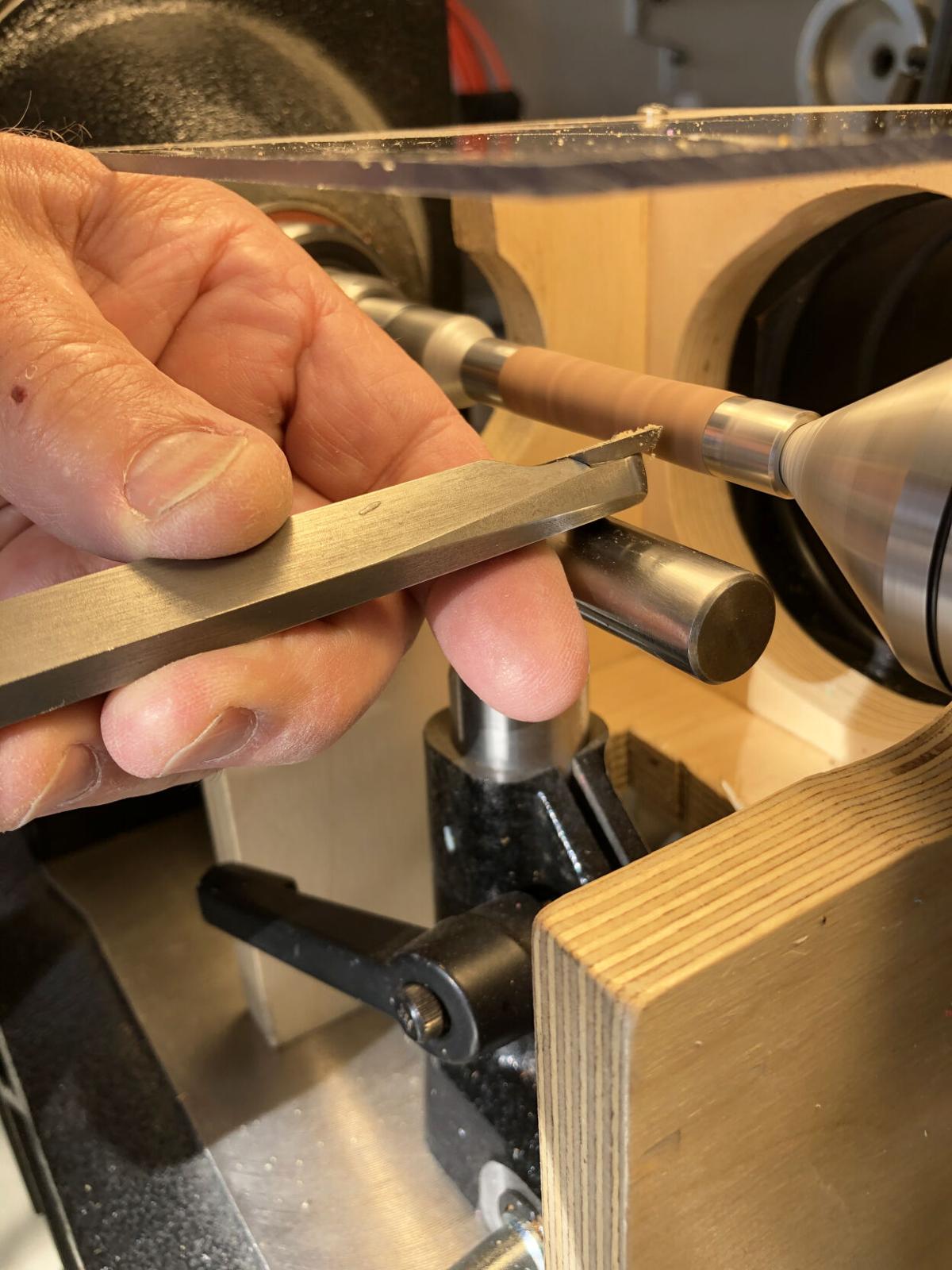 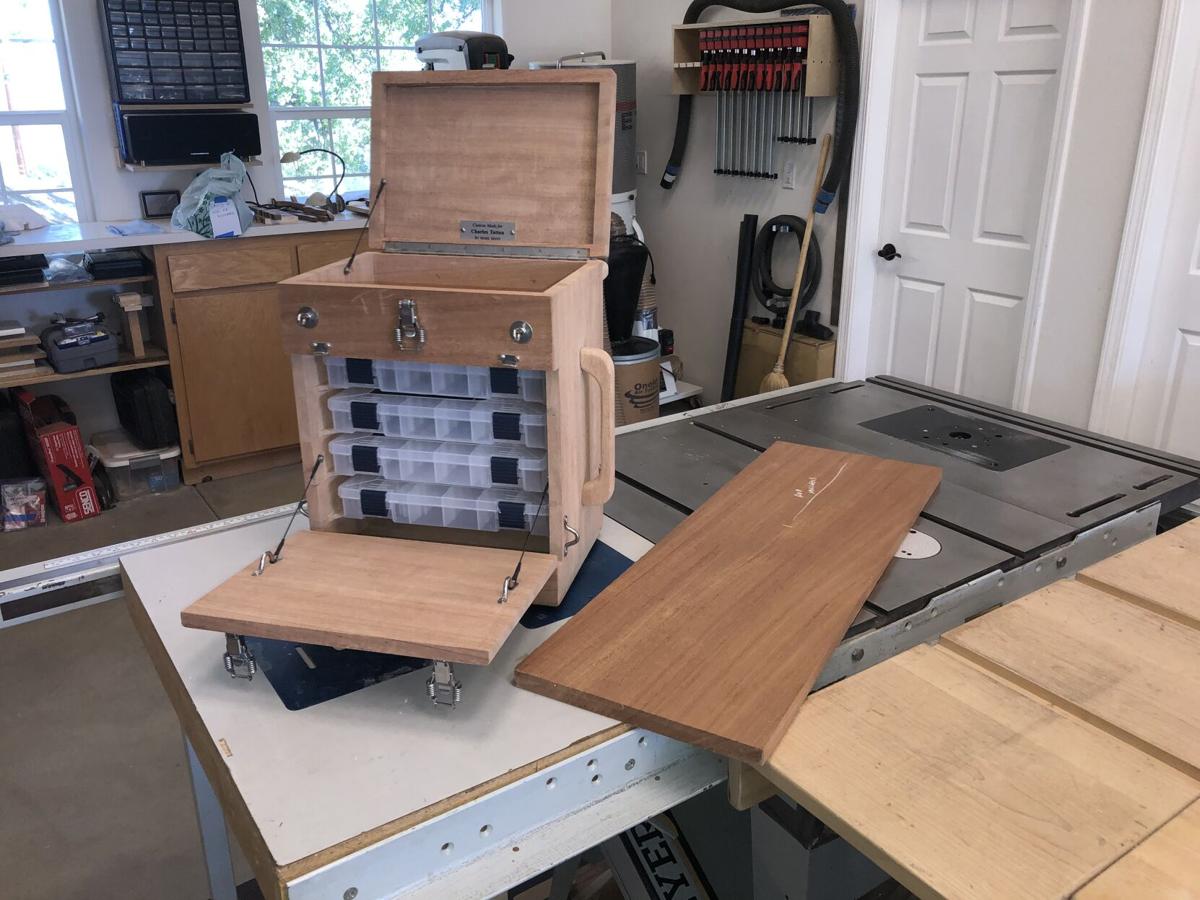 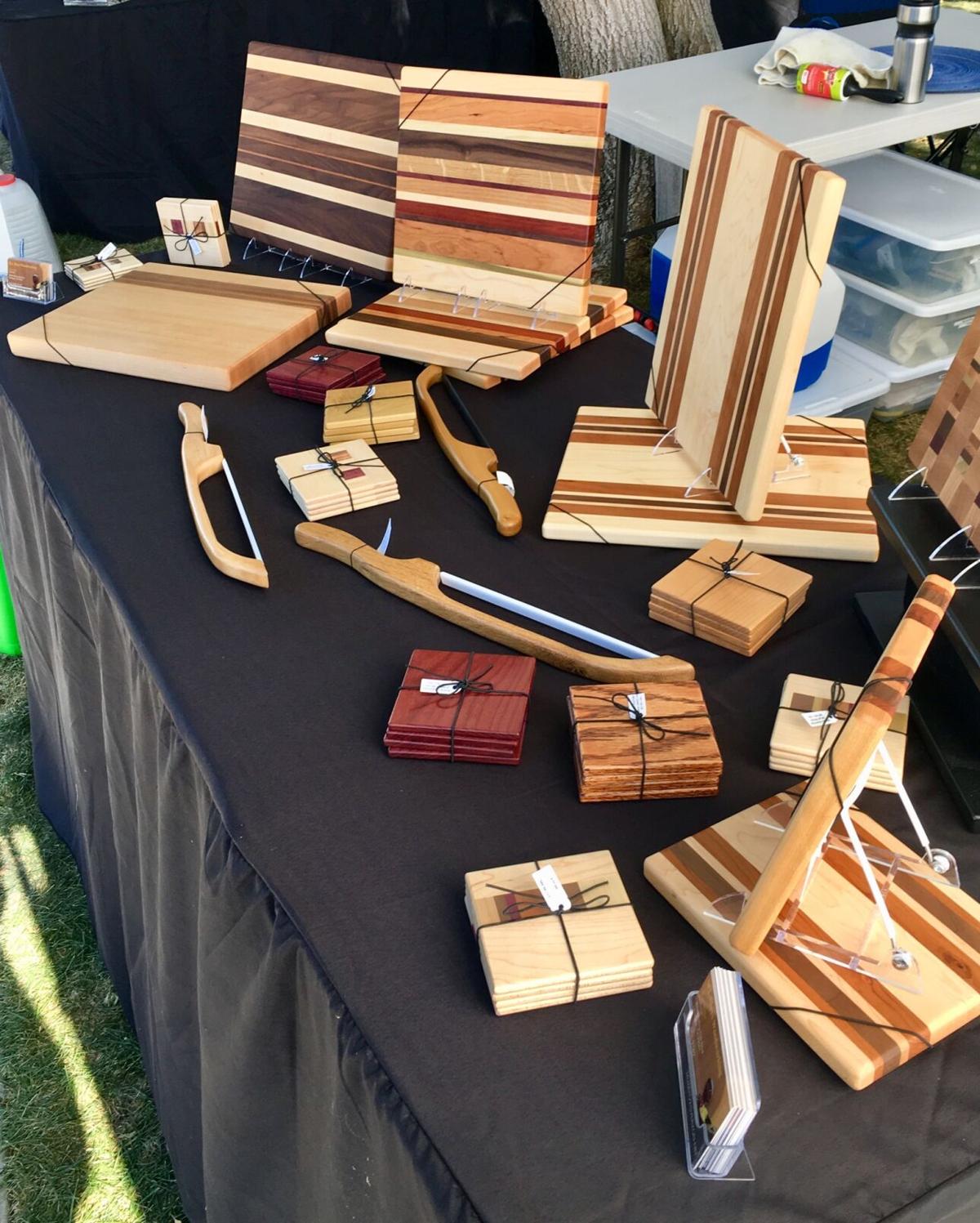 An assortment of cutting boards and other examples of Mark's work. 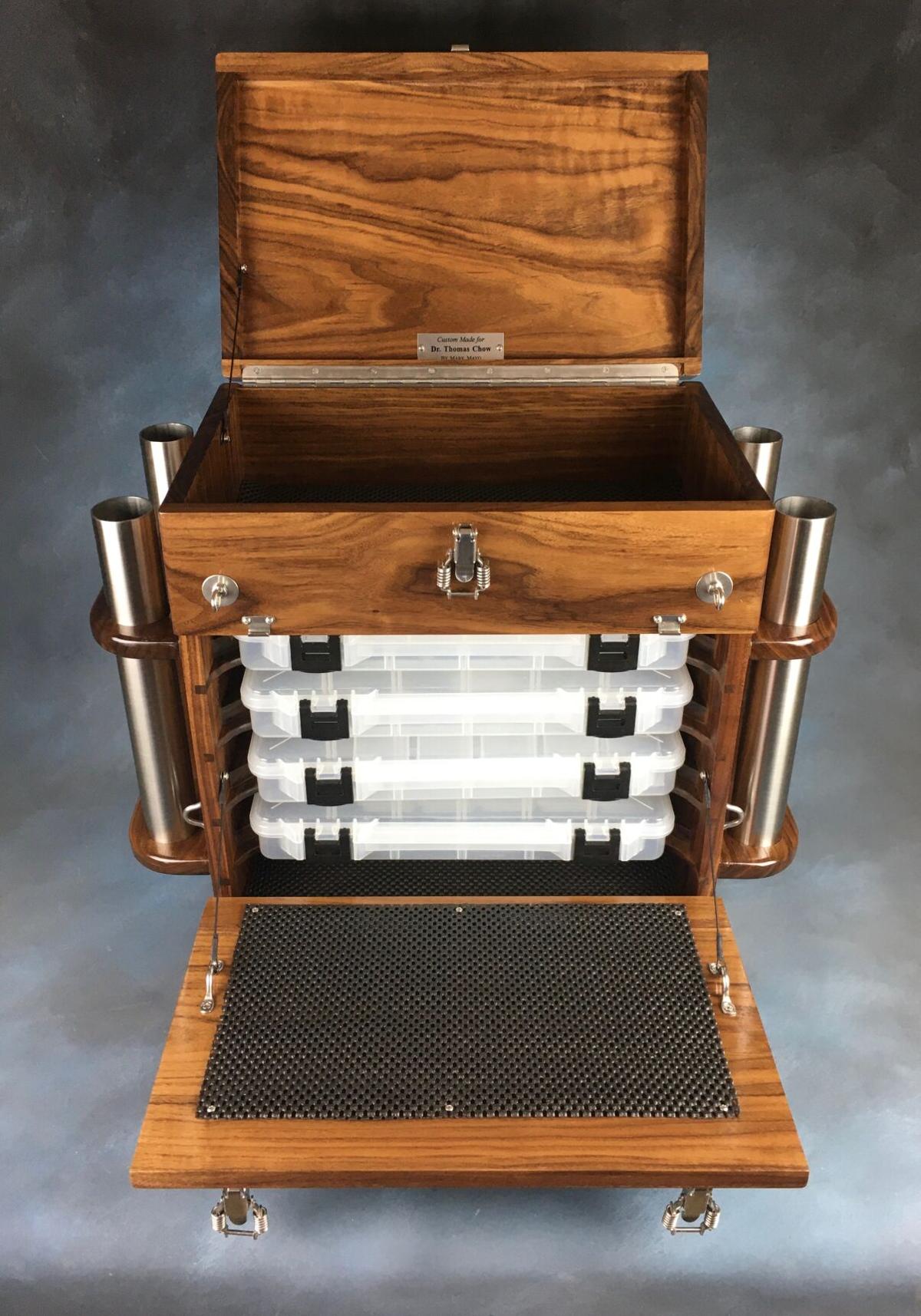 A finished example of one of Mark's fishing tackle cabinets. 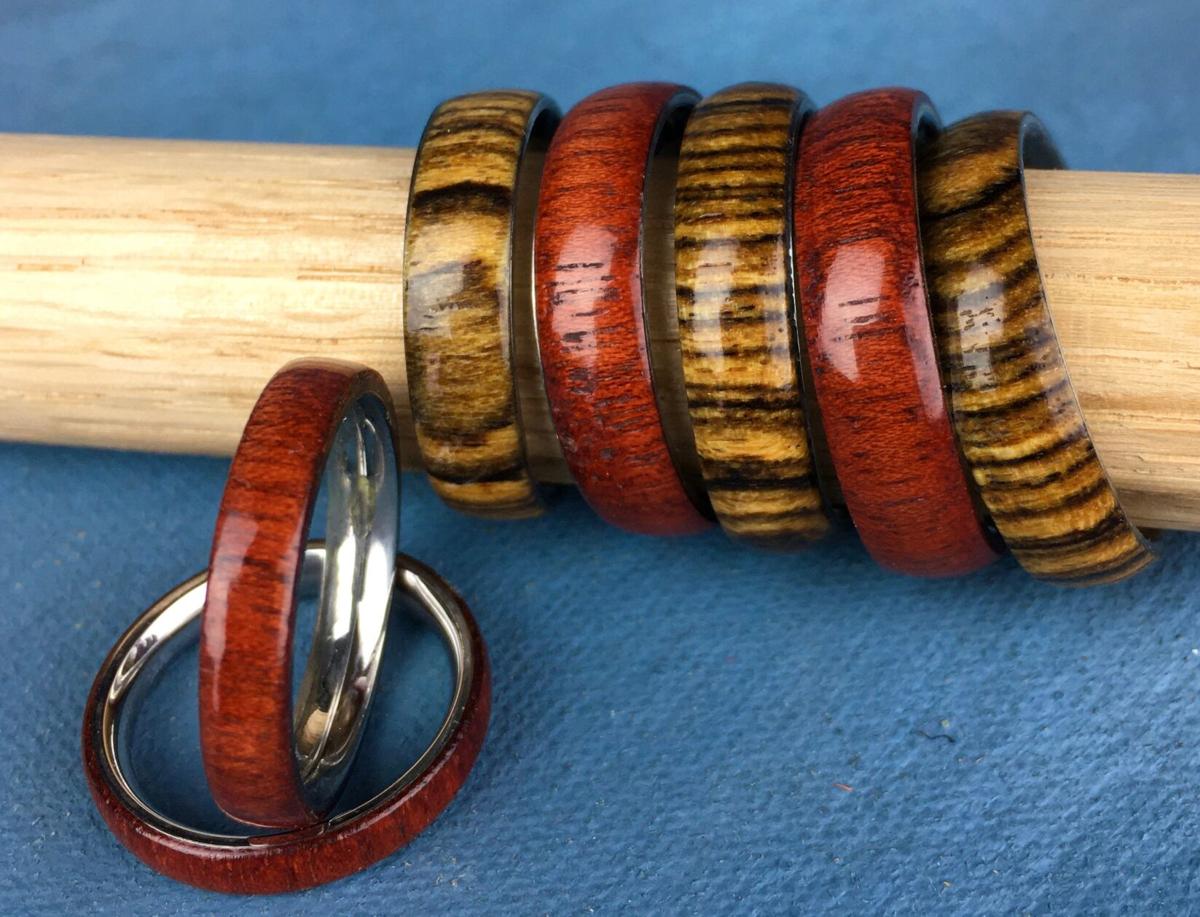 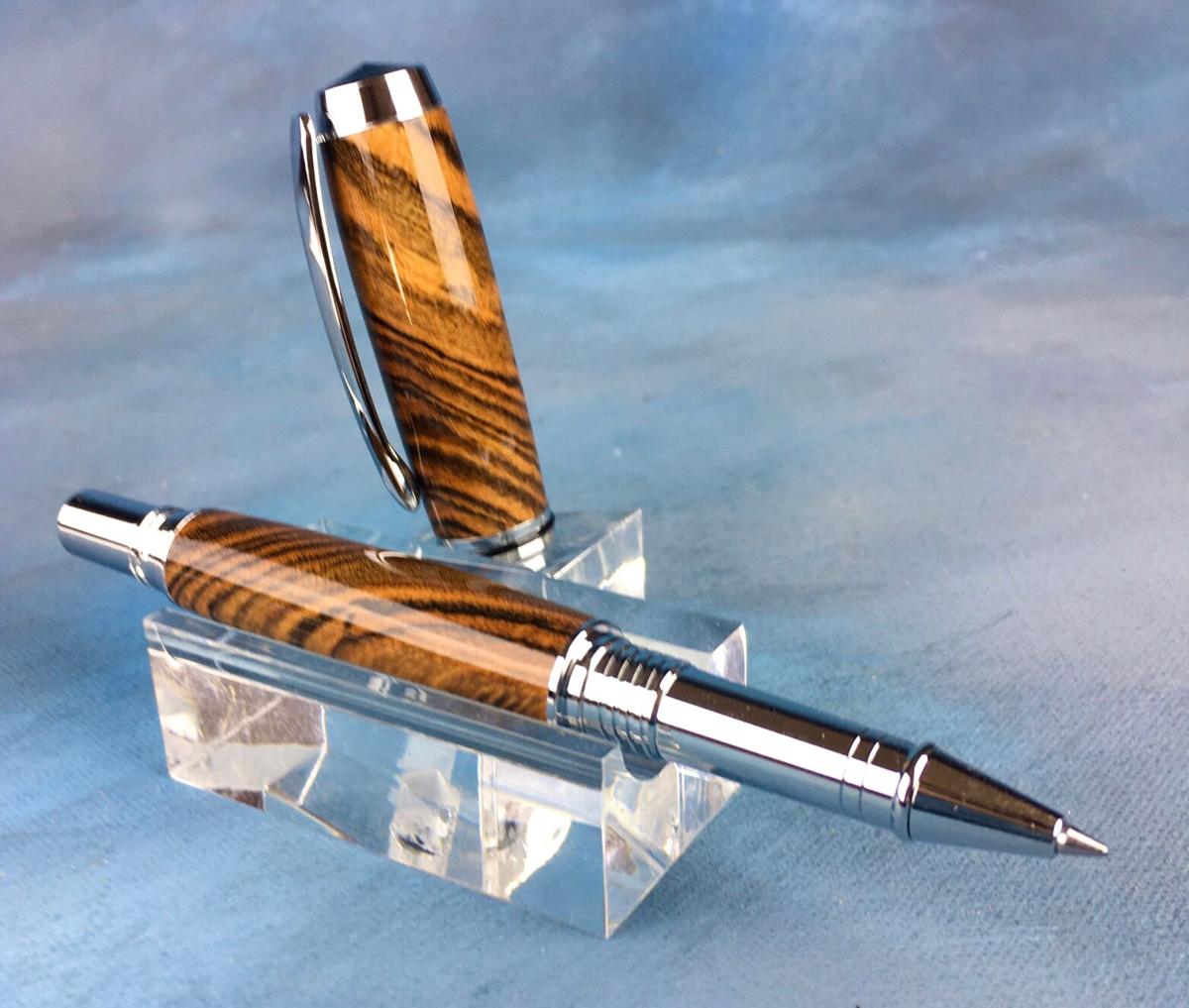 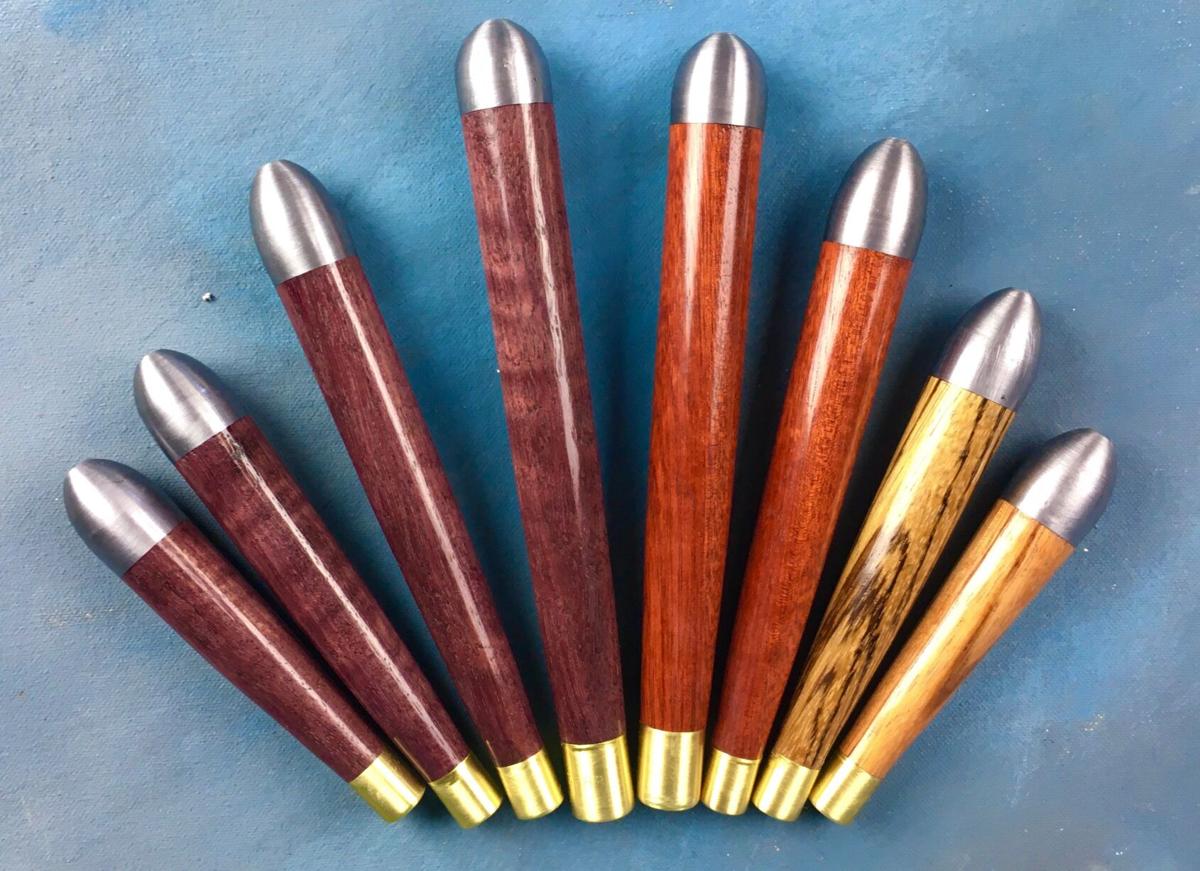 Deep sea fishing lures, made of hardwood, that can withstand immersion in salt water. 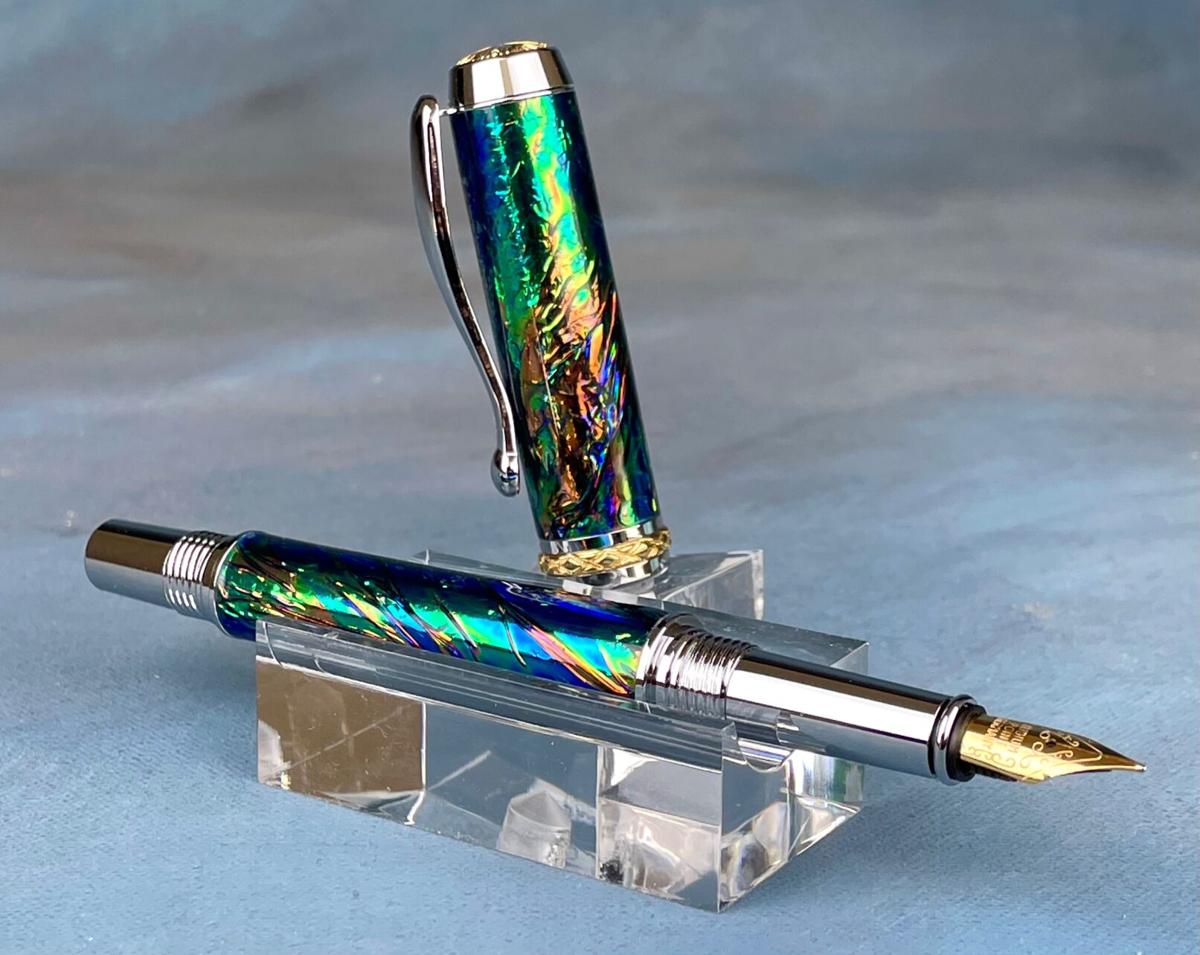 A fountain pen made of dyed hardwood.

Master woodworker Mark Mayo turns the body of a custom pen on his lathe.

An assortment of cutting boards and other examples of Mark's work.

A finished example of one of Mark's fishing tackle cabinets.

Deep sea fishing lures, made of hardwood, that can withstand immersion in salt water.

A fountain pen made of dyed hardwood.

We live in a time where there is heightened appreciation for people who use their hands, knowledge and skill to get exceptional results when practicing their craft. There are artisanal bakers, clockmakers, brewers, quilters, cheesemakers, blacksmiths, and many more. Mark Mayo of Bear Valley Springs is an artisanal woodworker who creates objects of rare beauty and functionality.

Mark participates in some local arts and crafts events, and his booth always draws admirers of his handcrafted pens, cutting boards, rings, and other items. He works with a variety of woods from around the world, and a display of his finished products is a feast for the eyes.

Mark's journey into the world of remarkable woodworking began simply enough. He was a schoolteacher at Los Alamitos High and Cypress College in Southern California for 40 years, teaching anatomy, physiology and biology. In the early days of computing, his school owned some Apple 2 computers. If students were rough handling the computers and plugging and unplugging the ribbon wire, the results were expensive repairs.

To help prevent this, Mark built small boxes from particle-wood that could house the computers and installed an easily accessible switch, thus helping to keep careless hands away from the more fragile components at the back of the computers.

Mark next decided to use his developing woodworking skills to make himself a deep sea fishing tackle box. Anyone who knows Mark Mayo well knows that he is not a casual fisherman. He is a serious fisherman, especially in the ocean but in freshwater as well.

This passion revealed itself at an early age: one morning his family arose to find evidence that he had fixed himself breakfast, but couldn't find him. Then they spotted Mark by himself out in Balboa Harbor in a six-foot yellow fiberglass boat. He was four years old.

Mark fished off piers, jetties, docks and from small boats as he grew up, and then in college he started going on multi-day offshore fishing charters. He began taking ocean fishing charters with teaching colleagues in the 1970s, and he continues to do so to this day.

In 2000, Mark constructed a basic tackle box of his own design from plywood that he could use to help keep assorted lures and fishing gear organized and accessible while he was at sea.

From that simple prototype, he has advanced leaps and bounds until now his custom deep sea fishing boxes are made from hardwoods and are gorgeous, well-designed and extremely functional. Mark has made more than 40 of them, and these nautical cabinetry pieces are treasured by those who receive them as a gift or who treat themselves to the ultimate sports fishing tackle box. They cost from $1,000 to $1,300, and typically have a metal plaque indicating the deep sea fisher for whom they were made.

Mark, retired now after his long teaching career, and his wife Barbie moved to the Tehachapi Mountains from Long Beach five years ago. Mark has expanded his woodworking repertoire, and he is now a master pen turner, creating unique handcrafted pens, including fountain pens and ones with rollerball tips. He also makes razor handles, inlaid rings, cutting boards and more.

Owning some of Mark's work is an investment in craftsmanship and durability. He did extensive research into various finishes and sealers to make his tackle boxes withstand the rigors of saltwater and sea air, for example, and he applies this knowledge to everything he makes. His pens are constructed to be lasting heirlooms, and he uses what he has found to be the best ink cartridges available worldwide.

Mark is a member of the Tehachapi Gallery 'N Gifts and an assortment of his woodworking is available there at the Gallery, on the corner of Tehachapi Boulevard and Green Street. I have always cherished objects that are made in the Tehachapi Mountains, so I have a special affinity for Mark's exceptional work.

Mark and Barbie are delighted with their life in Tehachapi, and Mark cherishes his mountainside workshop and his expansive view of beautiful Bear Valley below. He underwent quadruple bypass surgery in 2018, but he did all the recommended post-op physical therapy (and more) and he recovered in great shape.

"This is really heavenly up here," Mark tells me as we stand on a terrace at his home. "Barbie and I help care for an elderly friend in LA and so we travel there every month, and we're always so glad to get back home. We are blessed to live here."