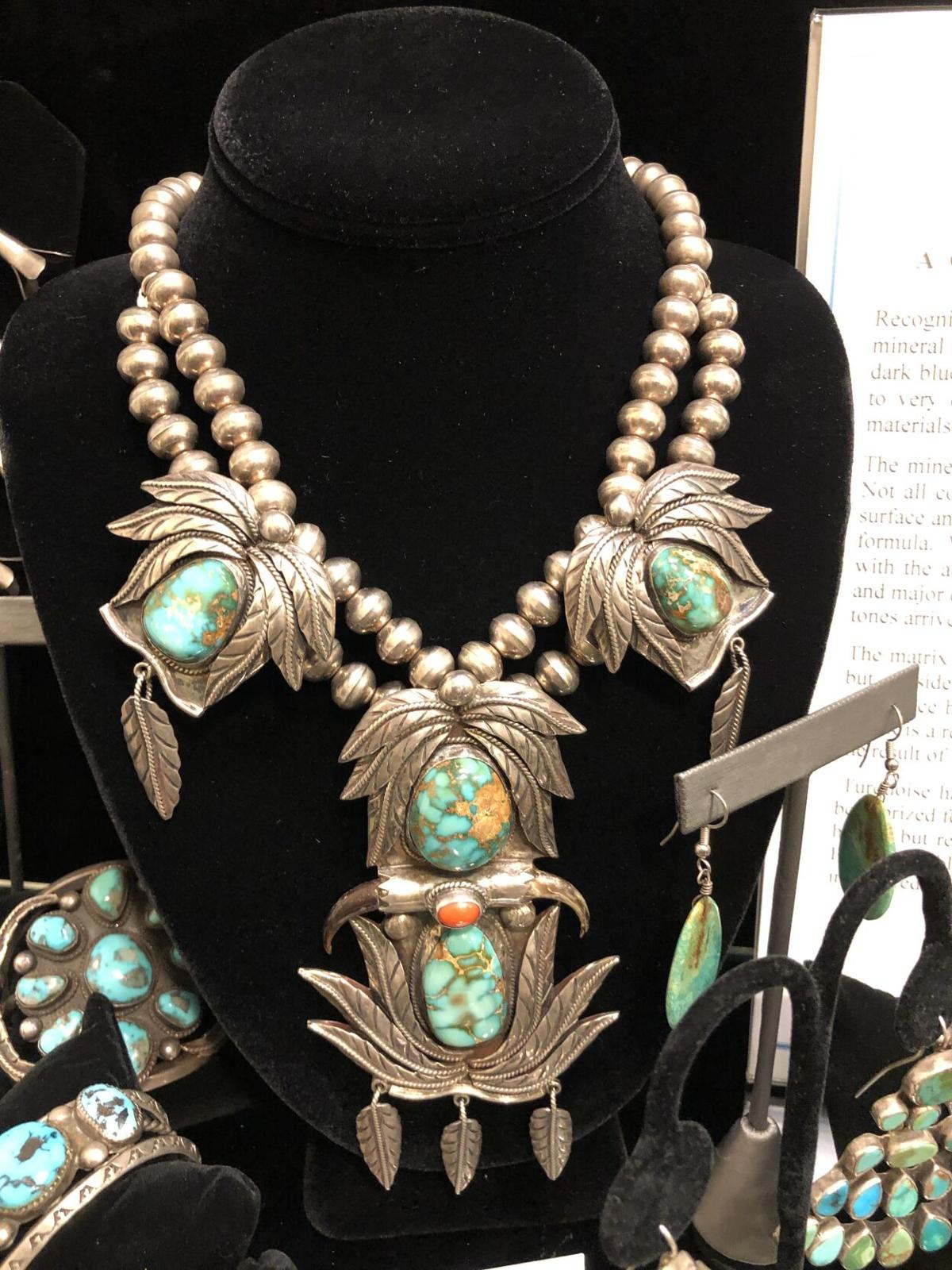 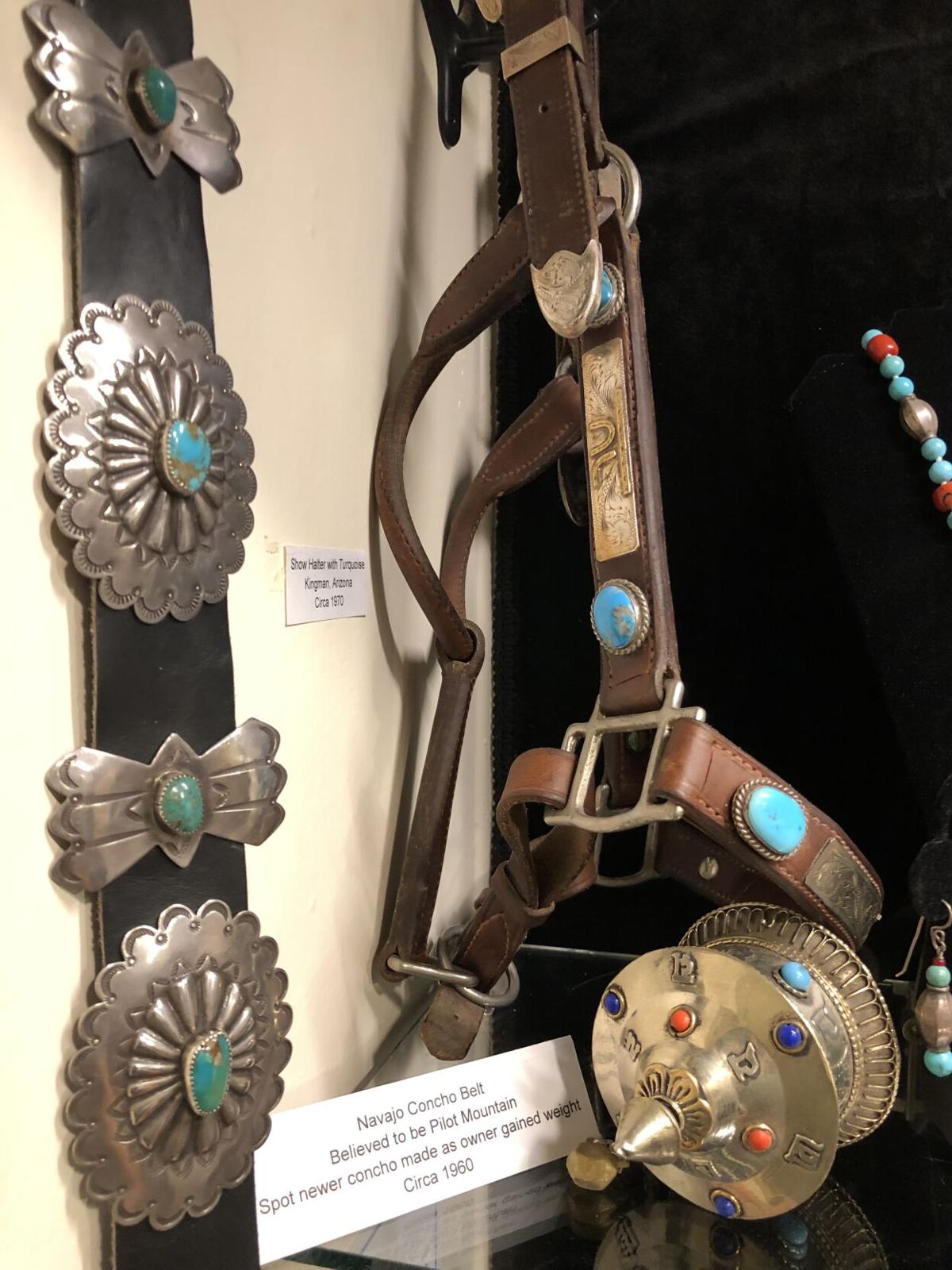 A few turquoise items are also from Nepal. 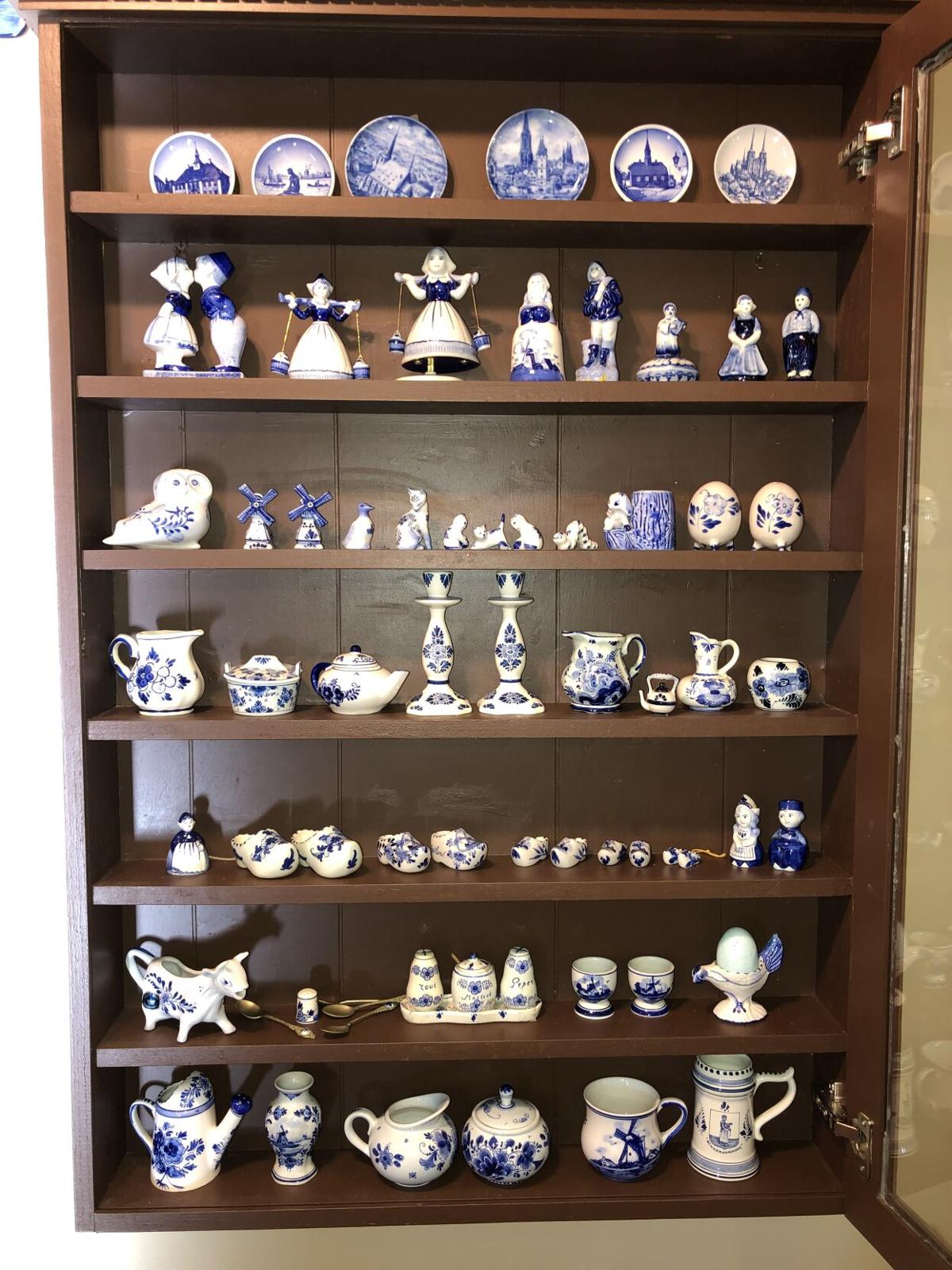 Another new display is dedicated to the famous Dutch ceramics known as Delftware. 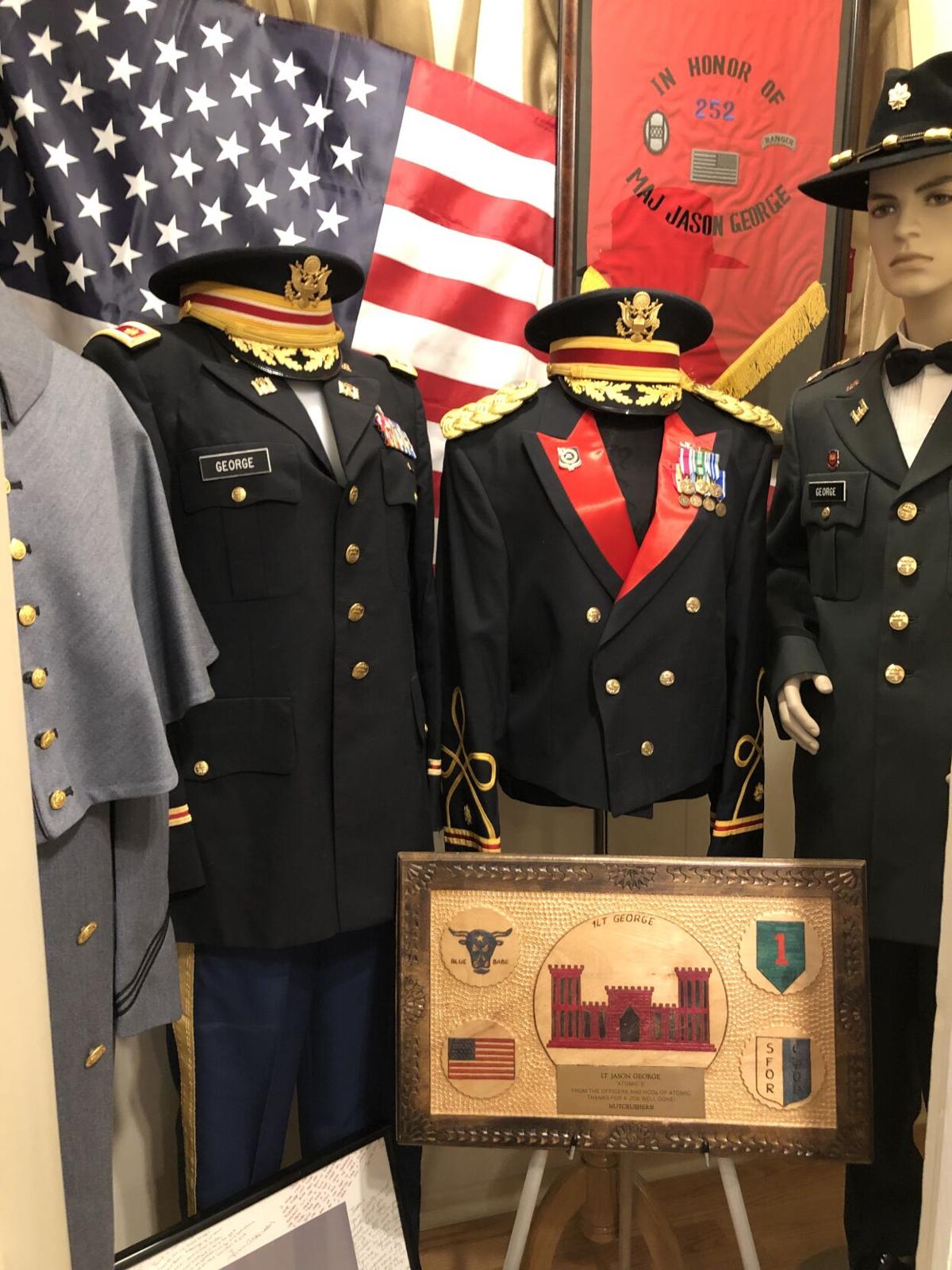 A new display also honors the heroic Tehachapi hometown boy Major Jason E. George, who was killed in Iraq in 2009. 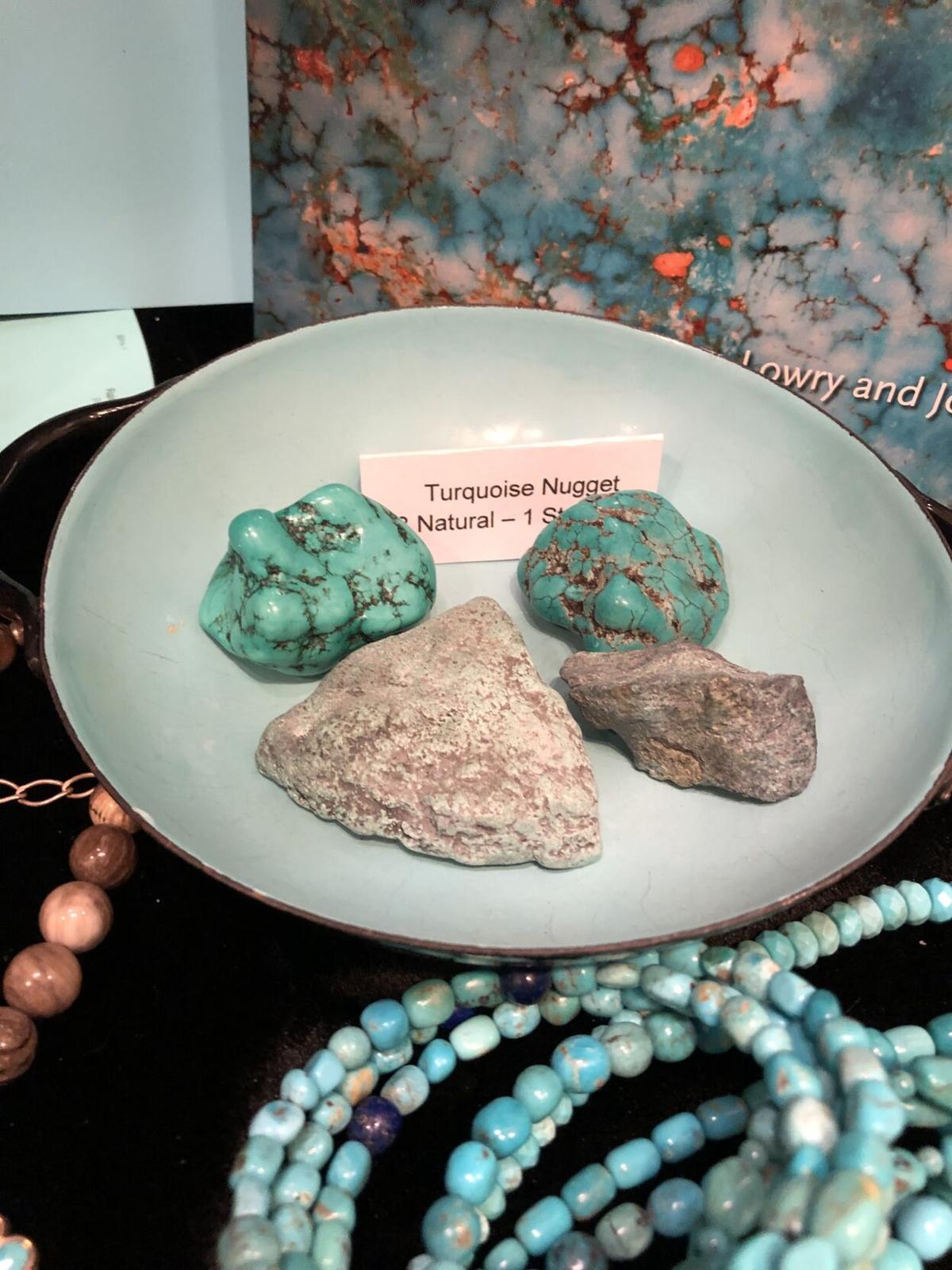 The turquoise exhibit includes the mineral both made into jewelry and in its natural form. 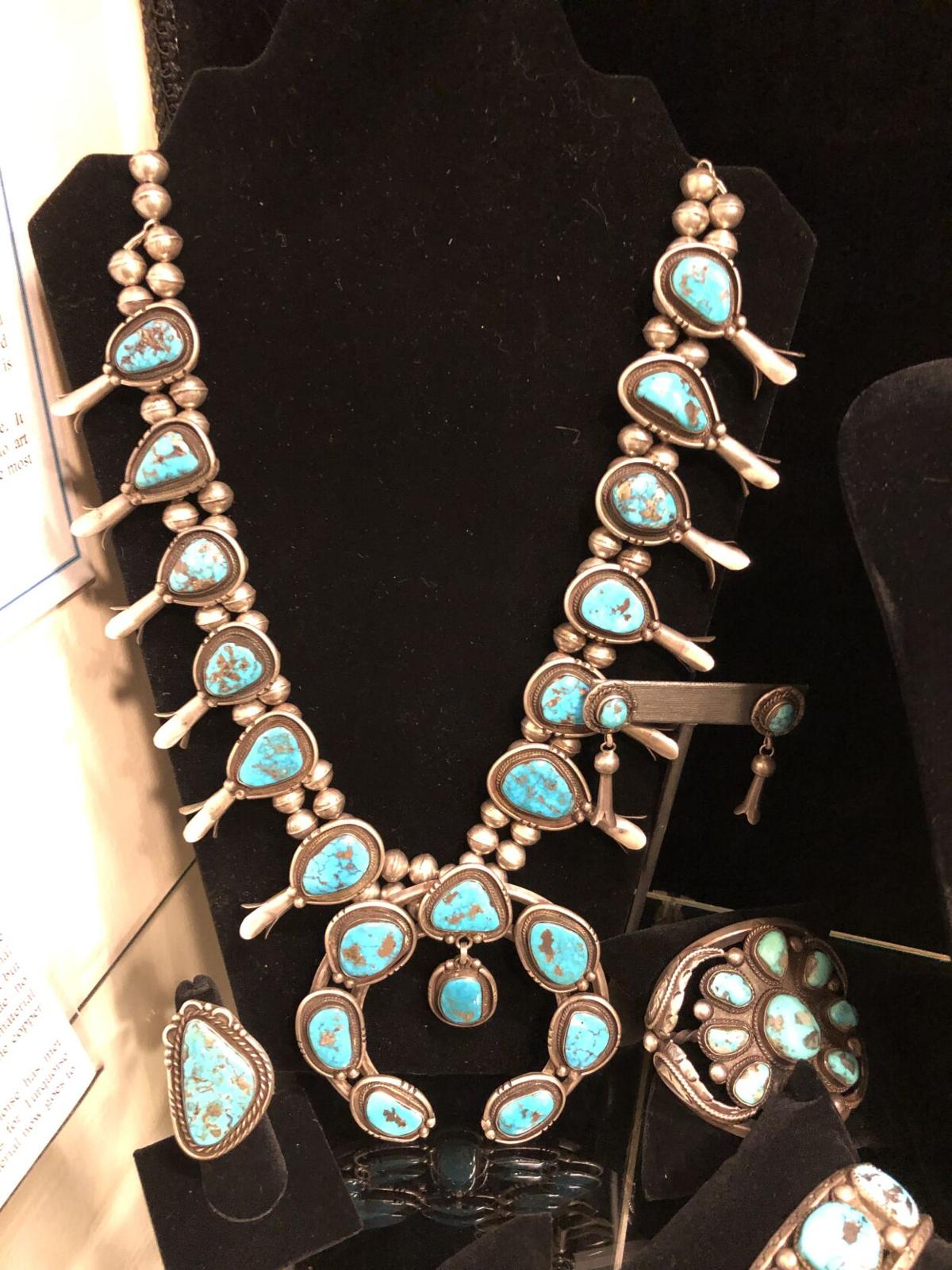 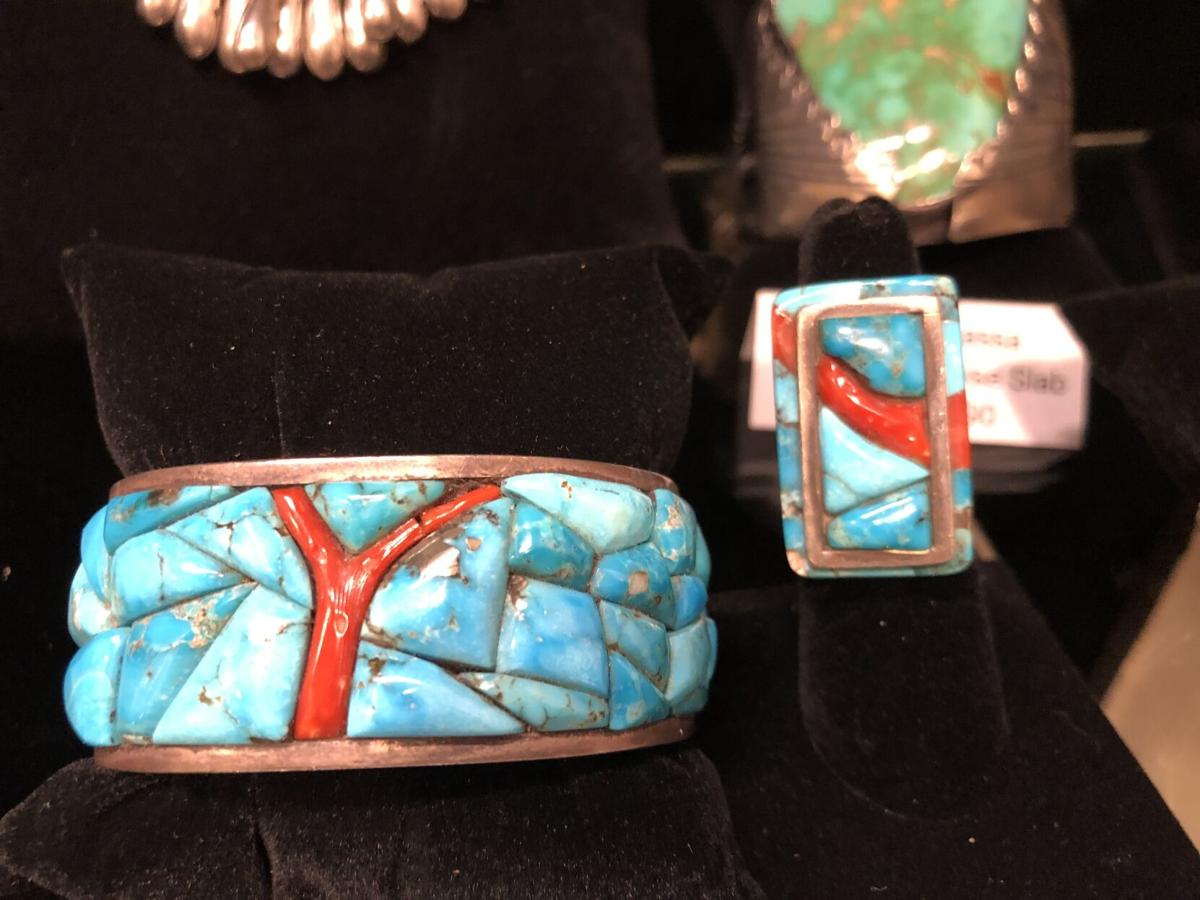 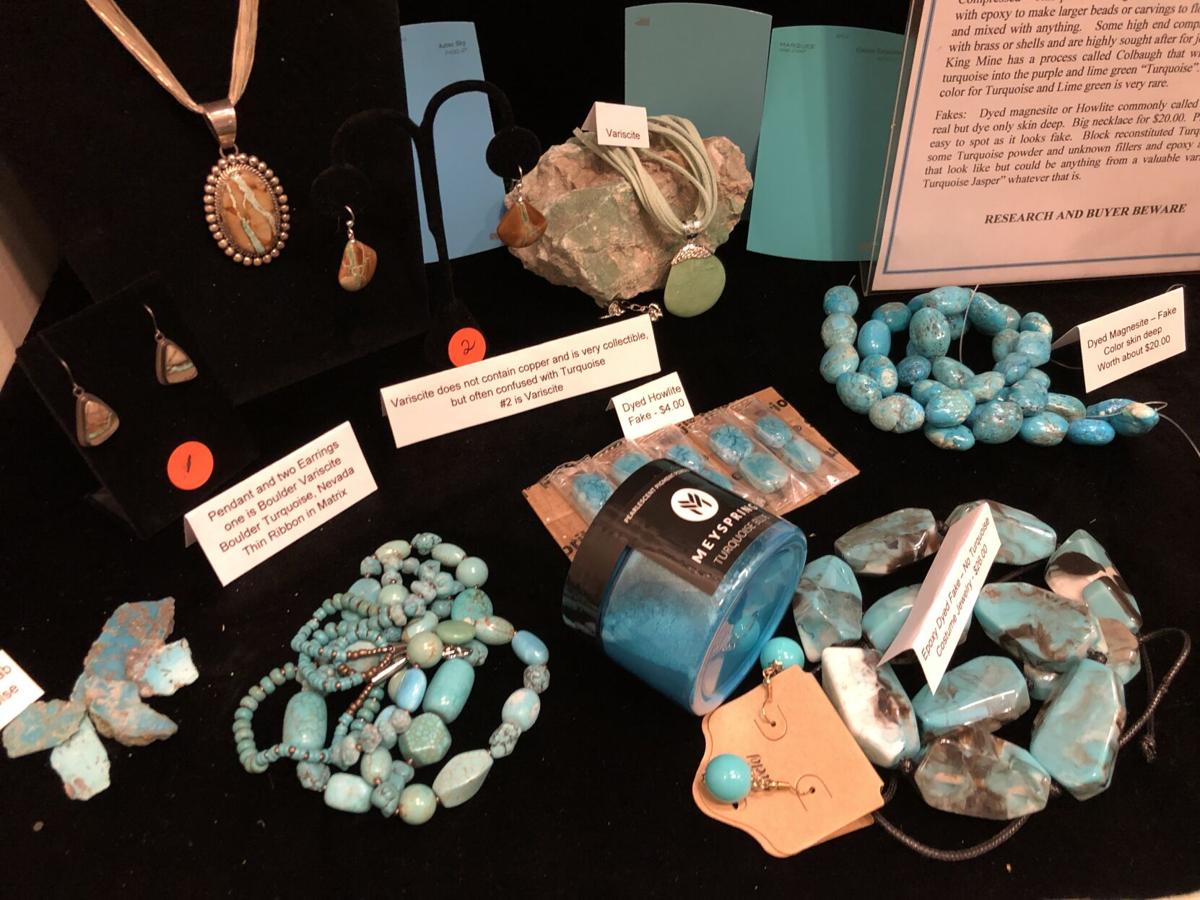 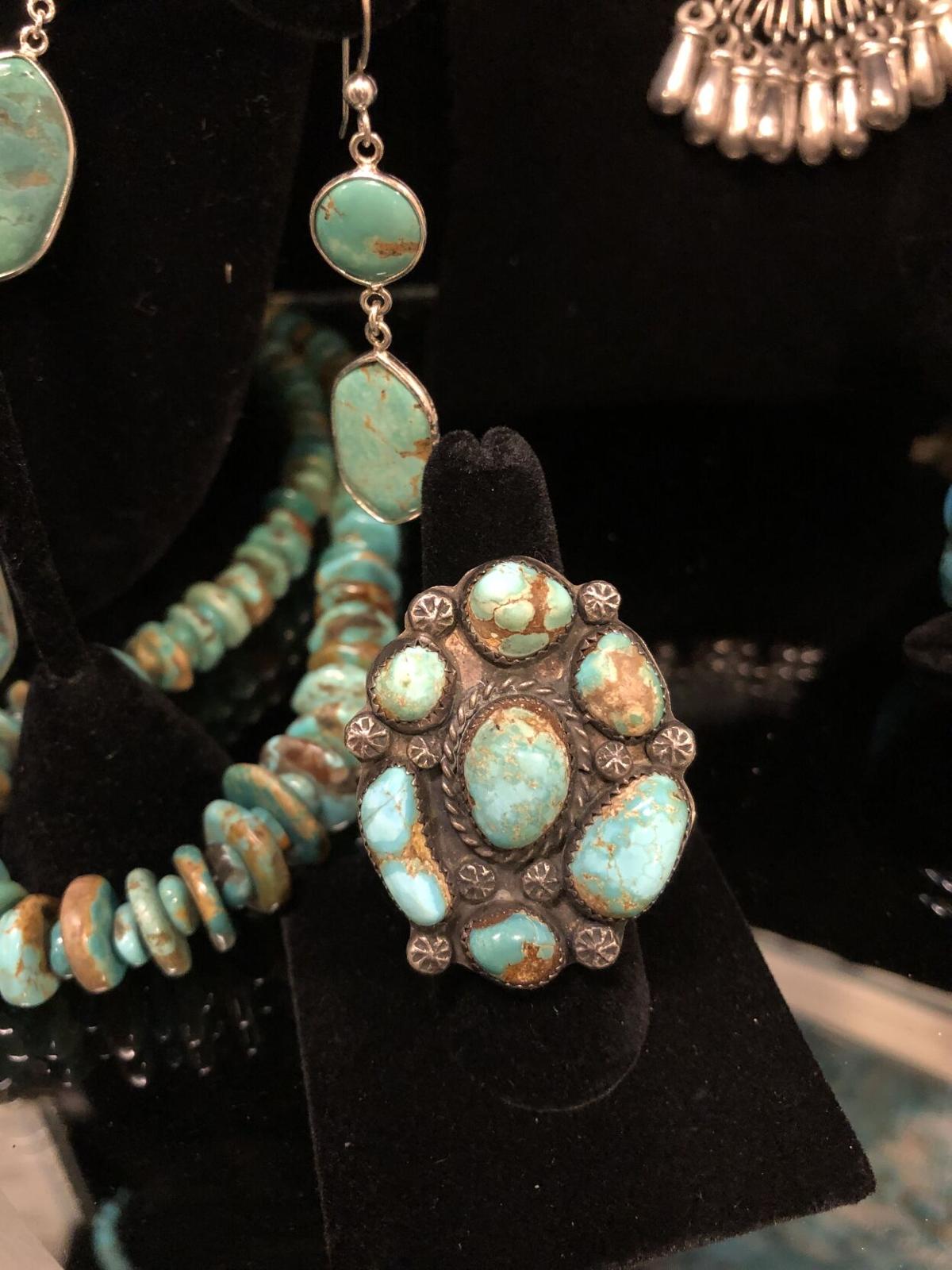 A unique piece of jewelry made from a very rare type of turquoise.

A few turquoise items are also from Nepal.

Another new display is dedicated to the famous Dutch ceramics known as Delftware.

A new display also honors the heroic Tehachapi hometown boy Major Jason E. George, who was killed in Iraq in 2009.

The turquoise exhibit includes the mineral both made into jewelry and in its natural form.

A unique piece of jewelry made from a very rare type of turquoise.

After a long closure for a year and a half due to the pandemic, the Tehachapi Museum has reopened with some great new displays. One of the most visually spectacular of these is an entire exhibit dedicated to turquoise.

Utilizing items from the collection of a Tehachapi Heritage League member, the display includes items made by Native American artisans from Southwest, as well as some from Nepal and other areas.

Turquoise has been found as an adornment in a variety of cultures dating back more than 5,000 years. The distinctive mineral is formed in the presence of copper — if there is no copper, there will be no turquoise. Not all copper deposits produce turquoise, however, and specific conditions are required from its formation.

Though turquoise is best known as the color of a light blue summer sky, the mineral can actually range in a variety of hues from a pale, almost whitish blue to very dark blue and many shades of green as well.

Arizona, New Mexico, Nevada and Colorado have historically been home to many copper mines, and therefore have been known for turquoise mines as well. Native people referred to turquoise as "sky stone" in several different languages, and they became skilled at making jewelry from this indigenous material. The best pieces of turquoise jewelry in the Tehachapi Museum display were handcrafted by Native artisans, including those from Navajo and Zuni tribes.

The exhibit also offers a brief education on different types of modern turquoise treatment, including stabilized, compressed and dyed or fake turquoise. If you're at all interested in this beautiful mineral, you will enjoy this the eye-catching and informative new display.

Another new display honors Major Jason E. George, a Tehachapi boy who grew into a fine man and a distinguished soldier who graduated from West Point. Jason tragically lost his life at the age of 38 in Iraq in 2009, and he is the first veteran to be interred in the Bakersfield National Cemetery.

One of Tehachapi's VFW Posts, Post 12114 located at 125 E. F St., is named after him. I was fortunate to be acquainted to Jason during his years at Tehachapi High School, and he was the highest quality of human being. He was an exceptional athlete and scholar, finishing high school as salutatorian, played in the marching band, and later finished second in his class at West Point — out of 1,400 fellow cadets.

Jason was also an Eagle Scout and was kind, well-mannered and considerate. He really was a truly rare and accomplished person, and I'm glad to see this American veteran honored in his hometown. He was a man we can all be proud of.

The Tehachapi Museum also has a new display of Delftware, a distinctive kind of blue and white ceramics that originated in the city of Delft in the Netherlands. Commonly associated with Dutch culture, these tasteful and attractive items were handpainted in a tradition that began as early as 1600. The many Delftware items on display also came from the collection of a Heritage League member.

The remaining new display honors the Capdeville family of Tehachapi. It was their large home and boarding house, completed in 1912, that later served as the first Tehachapi Hospital until it was heavily damaged in the 1952 Tehachapi Earthquake. The family first arrived in Tehachapi in 1892, and the display in the museum's Community Case documents this pioneering Tehachapi family.

Now that the pandemic is under control and life is returning to normal, it is a great time to visit the Tehachapi Museum and see the new displays and enjoy the existing ones, including the Kawaiisu Gallery. The Museum is currently open on Saturdays from noon to 4 p.m., but will soon be expanding back to the regular Friday, Saturday and Sunday hours.