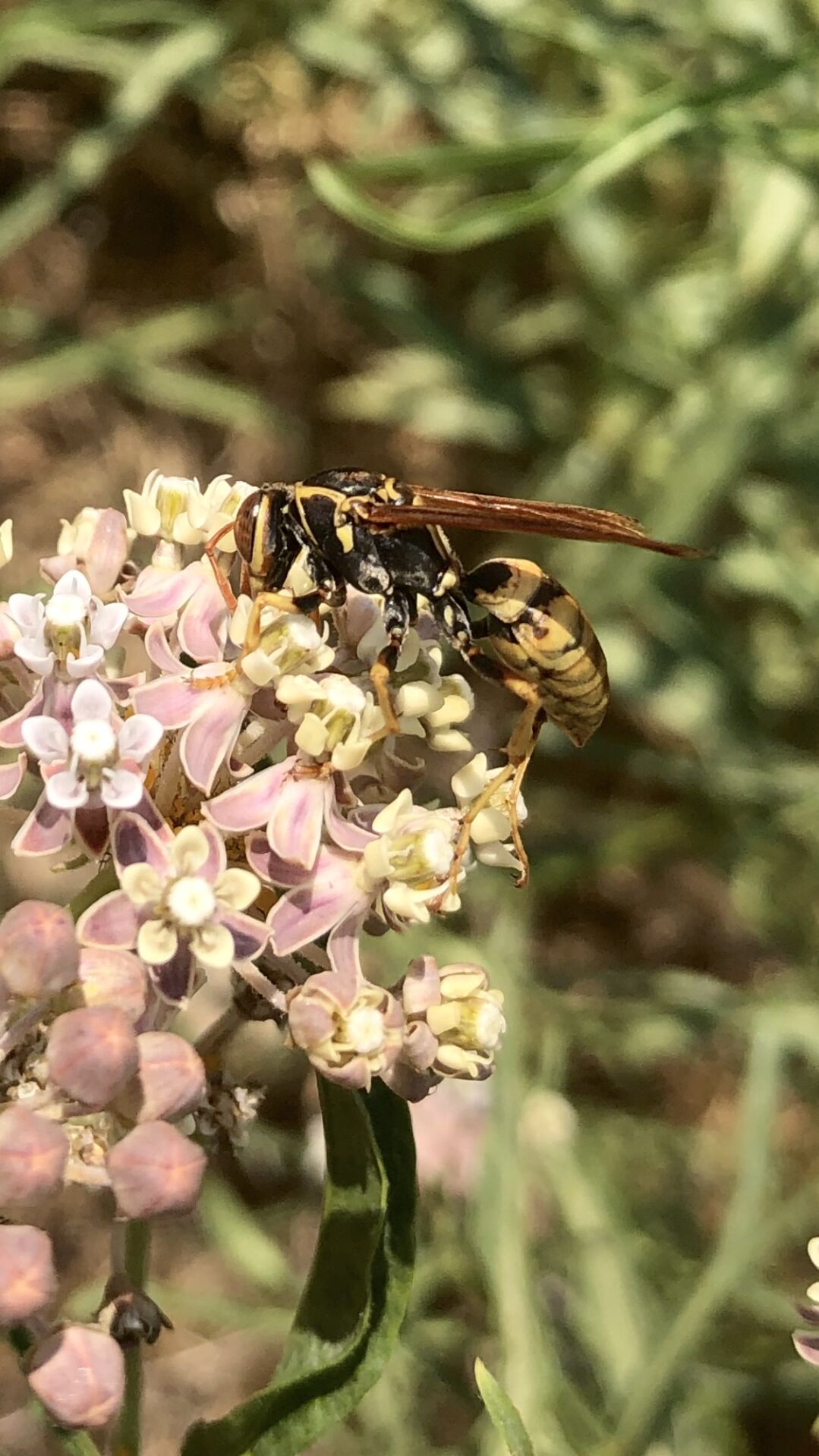 A paper wasp nectar-feeding on a narrow-leafed milkweed plant. 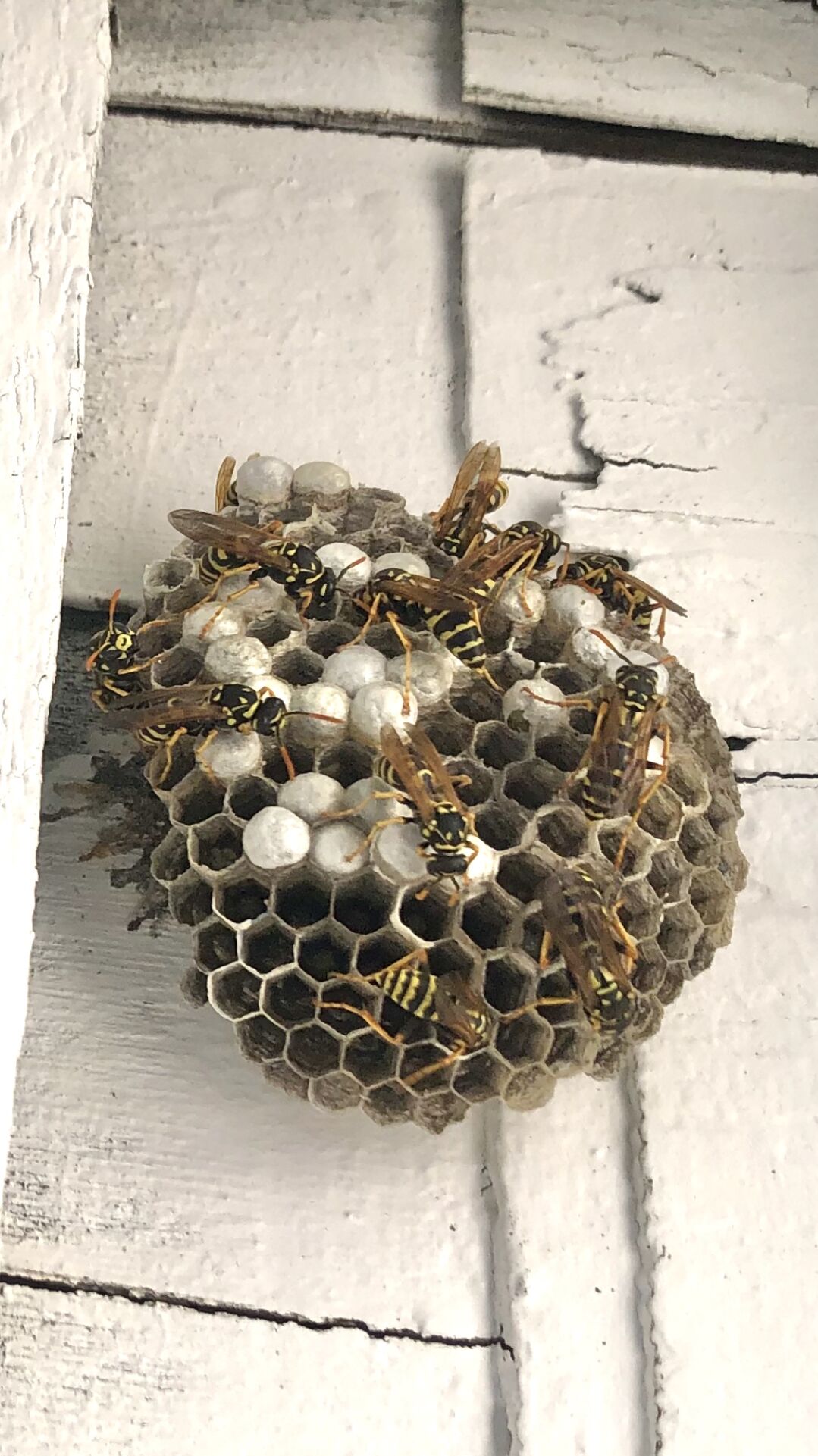 A small colony of paper wasps tends their larva in their flattened nest attached near the eave of an old house. 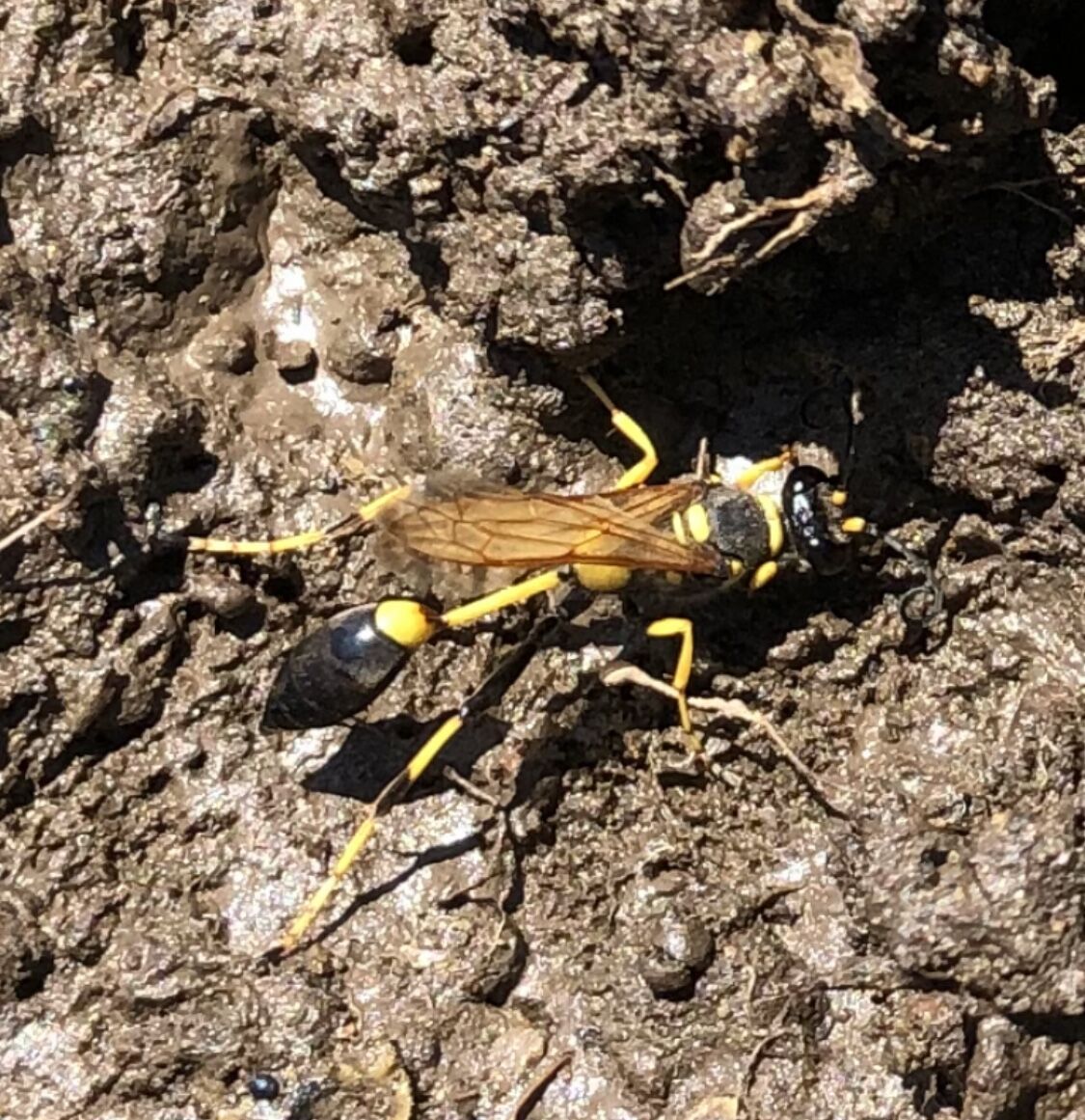 Some species of paper wasps like this one have long, narrow waists. 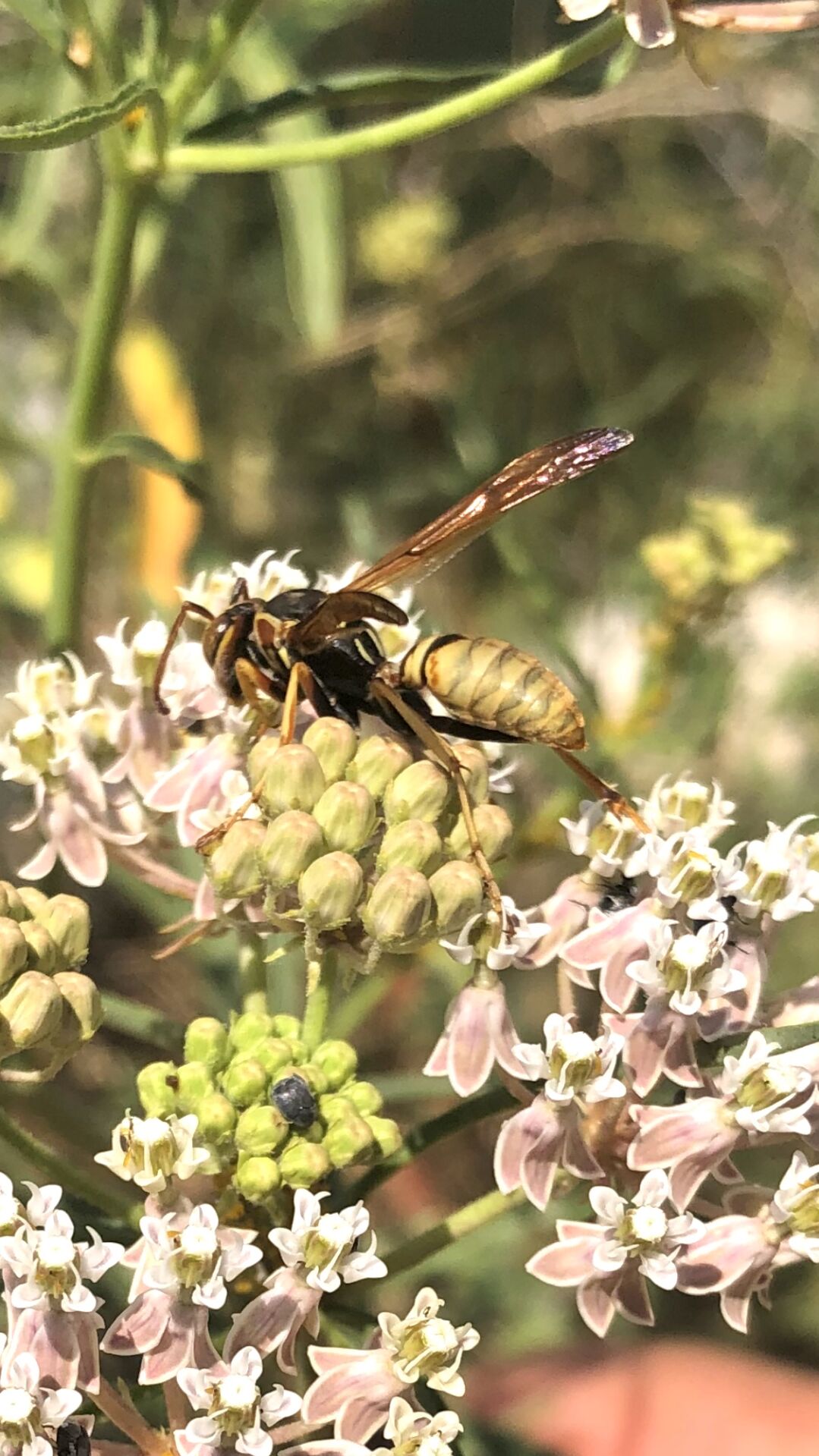 Adult paper wasps like this one feed on nectar, but collect live insects to feed their young.

A paper wasp nectar-feeding on a narrow-leafed milkweed plant.

A small colony of paper wasps tends their larva in their flattened nest attached near the eave of an old house.

Some species of paper wasps like this one have long, narrow waists.

Adult paper wasps like this one feed on nectar, but collect live insects to feed their young.

Insects are the largest and most diverse group of animals on Earth, and we encounter different species of them every day. They are also the subject of the most inaccurate information, myths, fallacies and misidentification. There is simply an abundance of confusion surrounding insects. A good example of this uncertainty is wasps.

True yellowjackets are the stocky, yellow and black wasps that many people refer to as “meat bees” because of the nuisance scavenging they do at picnics and barbecues. They are definitely not bees, they are wasps, but they don’t have the distinctive narrow “wasp waist” that many people associate with wasps.

The yellow and black, narrow-waisted insects that are often referred to as “yellowjackets” are actually paper wasps, and they are from different genera and have different behaviors and life cycles.

Paper wasps were given this name because they build somewhat umbrella-shaped nests that are often attached underneath the eaves of houses and outbuildings. These nests are constructed from a gray, paper-like substance that the wasps make from dead wood, plant stems and some of their own saliva.

Paper wasps typically build small, fairly flat nests that look like a cluster of mostly open tubes attached to each other. They are connected by a stem to an eave, shrub or similar surface, and the nests range in size from a quarter up to bigger than an adult’s hand.

Despite their similar appearances, there are many differences between paper wasps and yellowjackets. Paper wasps, for example, tend to be much less aggressive and seldom sting people, even when they build their nests in close proximity to humans.

Unlike yellowjackets, paper wasps are not scavengers — they seek out live insects like caterpillars and cutworms to feed to their developing larva, which means that they are a natural form of pest control. The adult paper wasps feed mostly on flower nectar. They won’t bother you even if you eat a hamburger outside near them.

Paper wasps also tend to form much smaller colonies, numbering in the dozens up to a hundred. Yellowjackets in the mountains, on the other hand, may build colonies with hundreds or even thousands of wasps. With all those young needing protein, this is why those so-called “meat bees” seek out barbecues and any outside dining.

I’ll write a future column about yellowjackets, for they are interesting as well annoying and potentially threatening.

The paper wasps include a number of different species in the Tehachapi Mountains, which I am still learning to distinguish and identify.

Please bear in mind that paper wasps are NOT yellowjackets or “meat bees” and they seldom bother people. They also provide pest control for gardens.