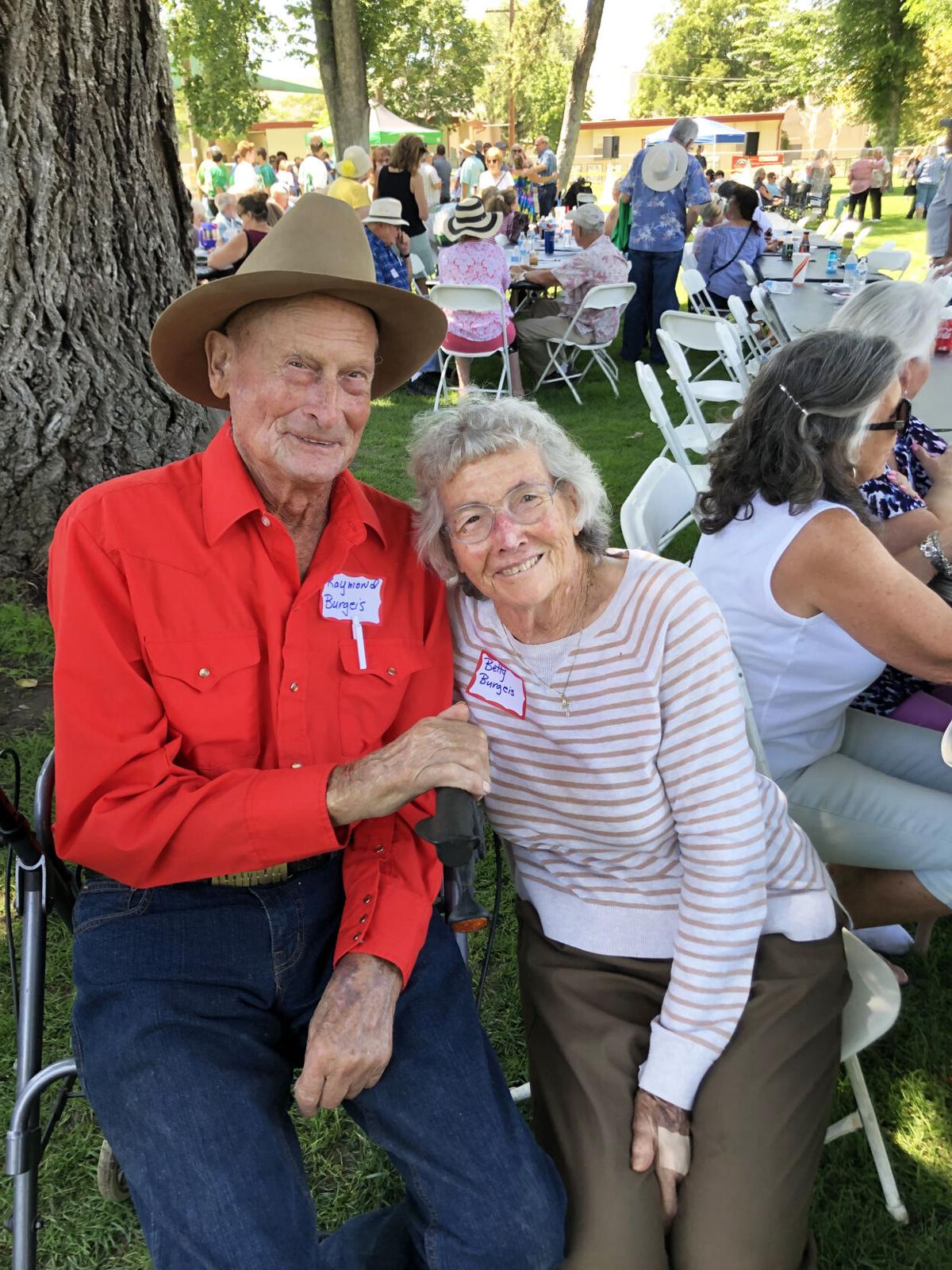 Ramon Burgeis at last year’s Tehachapi Oldtimers Reunion, when he was honored as the oldest man in attendance. He is shown with his sister-in-law, Betty Burgeis. 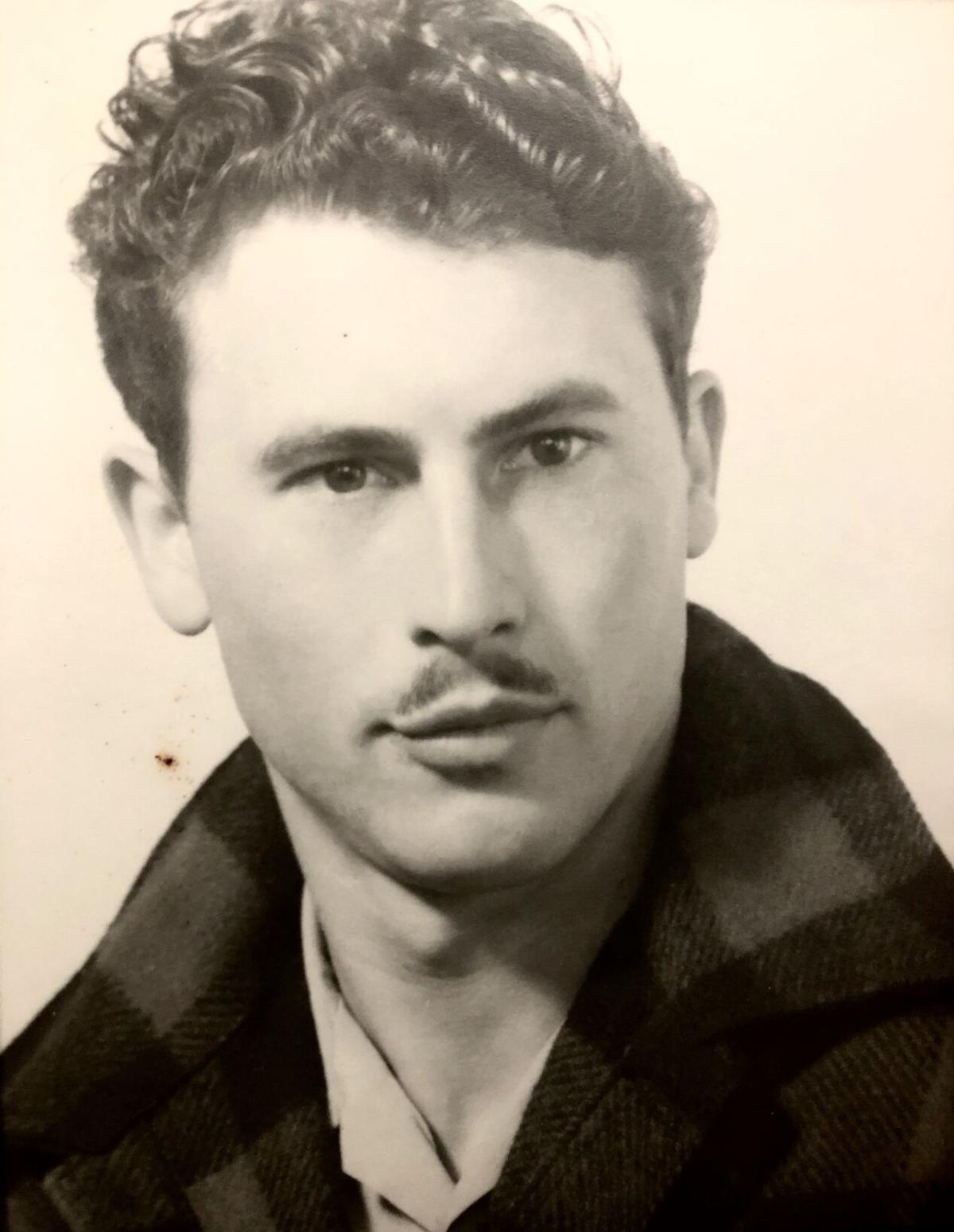 Ramon was a handsome Tehachapi man. This photo looks like it could be a still from an old Hollywood movie. 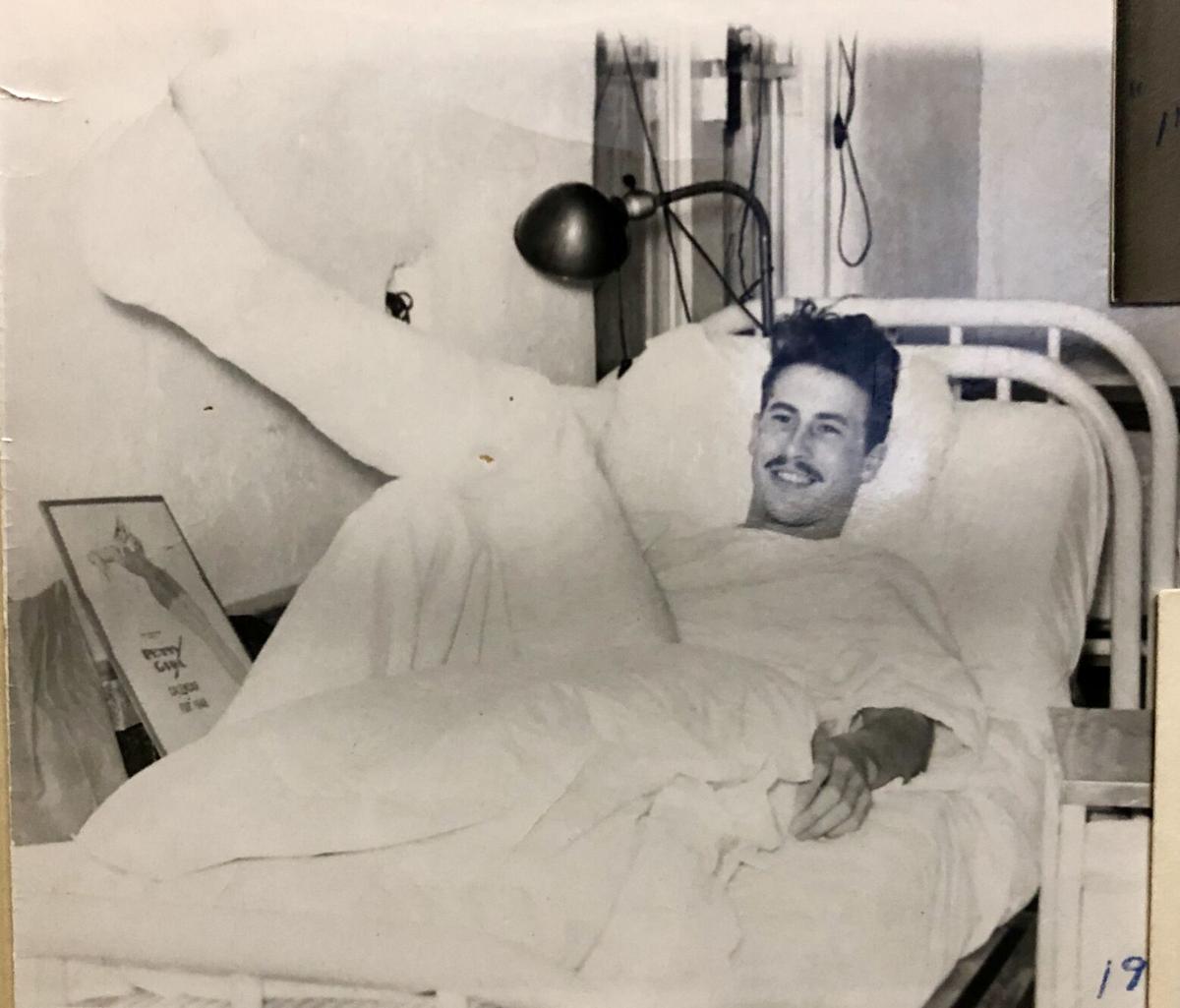 Ramon at Tehachapi Hospital on Christmas Day 1947, after he broke his leg getting thrown from a horse at the Cuddeback Ranch in what is now called Golden Hills. 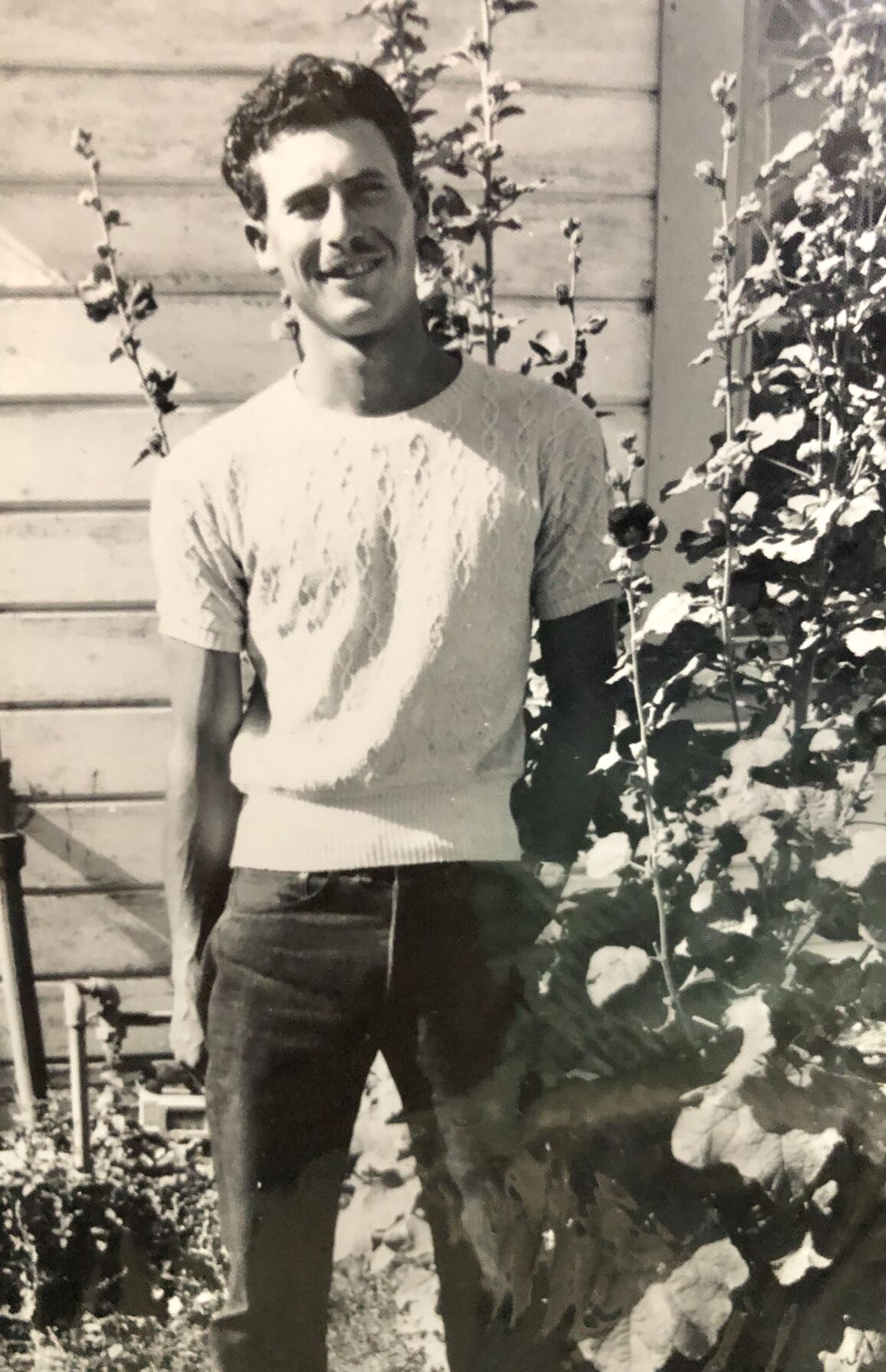 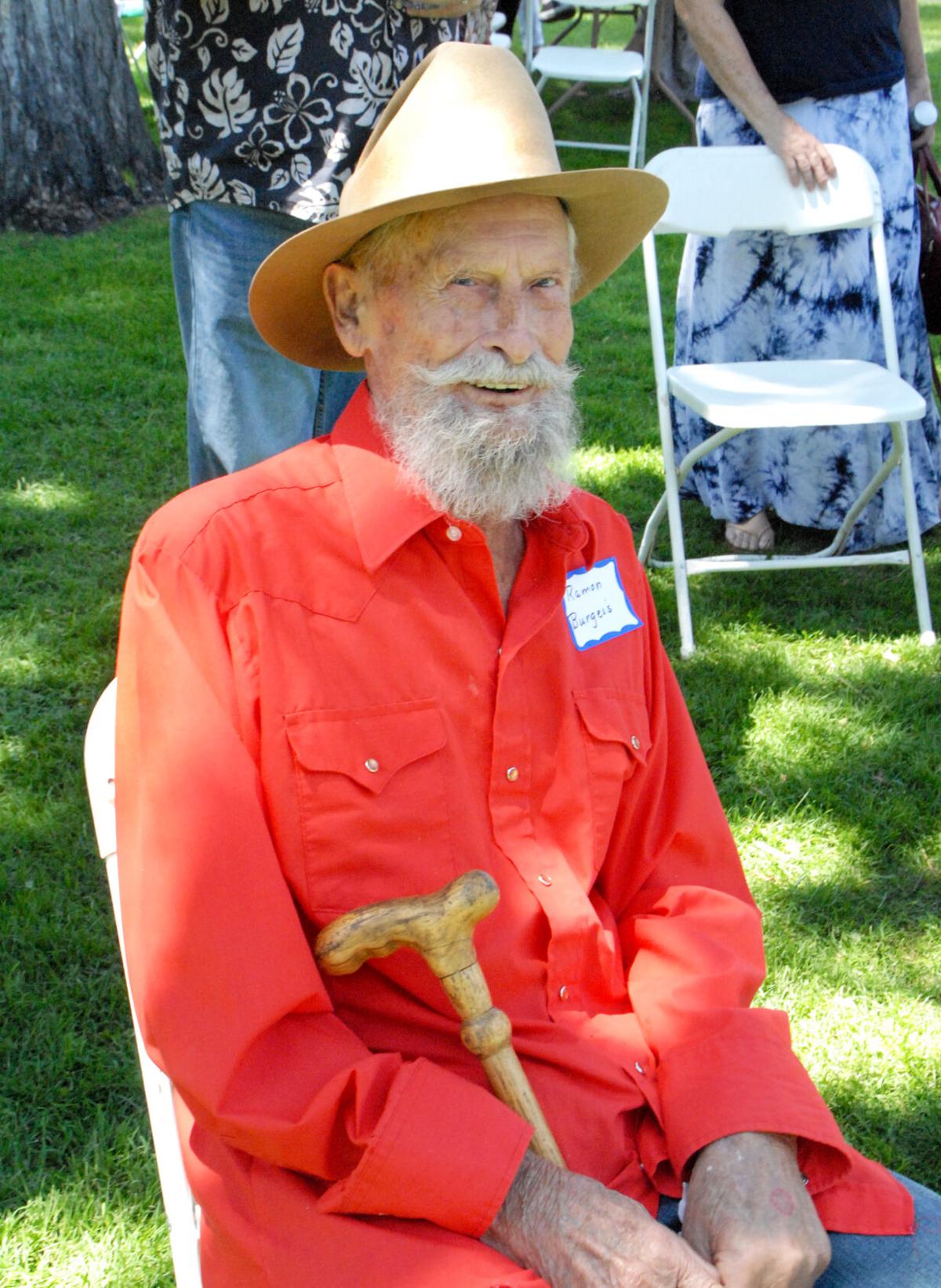 Ramon had a full beard at the Tehachapi Oldtimers Reunion in 2018.

Ramon Burgeis at last year’s Tehachapi Oldtimers Reunion, when he was honored as the oldest man in attendance. He is shown with his sister-in-law, Betty Burgeis.

Ramon was a handsome Tehachapi man. This photo looks like it could be a still from an old Hollywood movie.

Ramon at Tehachapi Hospital on Christmas Day 1947, after he broke his leg getting thrown from a horse at the Cuddeback Ranch in what is now called Golden Hills.

Ramon had a full beard at the Tehachapi Oldtimers Reunion in 2018.

A much-beloved and hard-working, humble Tehachapi man left the valley with the passing of Ramon Burgeis, 93, on Aug. 13. For the past few years, Ramon had been the oldest man at the annual Tehachapi Oldtimers Reunion.

Ramon, whose name was pronounced like Raymond without the “d” on the end, was raised in Tehachapi, having arrived from Oregon with his family in 1929 when he was 2 years old.

Ramon worked hard from the time he was a young man. He worked on local farms and ranches, doing everything from breaking horses and branding cattle to pruning fruit trees, picking fruit, planting grain and cutting hay, caring for livestock and more.

Ramon was a handsome man with an ever-ready smile and twinkling eyes. I knew Ramon my entire life, and never heard anyone say a bad word about him. He was cheerful and even-tempered and respectful. People young and old loved him.

Ramon and his wife, Ruth, lived on my family’s farm, Linda Vista Ranch, on Cherry Lane for 11 years while Ramon was the foreman. Their two children, Linda and Billy, were born during those years.

My family kept 3,000 laying chickens in those days and supplied Town and Country Market with all their eggs. They also raised pigs and rabbits, and had a peach orchard and a large vegetable garden and a produce stand. Ramon helped run all of that.

Money was tight, so to make extra cash, Ramon also used to get paid to break wild horses from the desert for the Mendiburu Ranch. He’d keep some at the ranch and work on training them after he had done all his other work.

Ramon also used to train horses for the Fickert Ranch. “They’d have a herd of horses running over that big ranch (nearly 25,000 acres, which is now Bear Valley Springs), and they’d round up some 3-year-olds, get them in a corral and you’d have to strap on a saddle and climb on,” Ramon told me once. “Those horses were wild! They’d hardly seen a man in years.”

In the 1940s, after a stint in the military during World War II, Ramon worked for the Cuddeback Ranch, whose ranch lands eventually formed the basis of the Golden Hills development. He drove tractors for the Cuddebacks but also drove teams of horses, since the ranch still used work horses in those days and had plenty of horse-drawn equipment. A photo that accompanies this column shows Ramon in a Tehachapi Hospital bed on Christmas Day 1947, after he broke his leg getting bucked off a horse. Ramon also worked for the Loop Ranch.

Ramon eventually got a job working at the Monolith Portland Cement Company, with a recommendation from his uncle, Hooks Anderson, who was the lead repairman there.

Ramon suffered from dyslexia, which was neither recognized nor diagnosed way back in the days of his childhood. His wonderful sister, Mary Lou Yearton, told me that when he encountered difficulty reading, teachers thought he was being stubborn and didn’t want to learn, since they could see that he was intelligent. And he was good at math. So instead of working with him to help overcome his dyslexia, they just sent him outside to play.

As a result, he didn’t get the help he needed to learn to read and write, and he had to navigate life without being literate. It is a testament to his determination and courage that he was able to lead a full and rich life despite this challenge.

Late in life, after the passing of his first wife, Ruth, Ramon’s sister-in-law Betty Burgeis would come over and she was able to teach Ramon and finally help him begin to unlock the written word.

Monolith made one of their best hires when they put Ramon Burgeis on the payroll, for he would complete any job he was assigned. He worked overtime whenever asked, and could still remain upbeat after working 12-hour shifts day after day.

He was working up in a kiln one day, and another employee didn’t realize he was there, and fired a shotgun with a 12-gauge slug that was used to dislodge material that had stuck to the sides of the kiln.

Ramon was struck in the ankle by that big bullet, and it shattered his lower leg. Tough as boot leather, Ramon went back to work after he healed up, but he was left with a limp in later years as a result of the damage to his leg. He didn’t complain or ask for pity, though, he just made the best of it.

Even when he was working 40 or 50 hours a week at Monolith, Ramon would still come out and help at the ranch with pruning or picking peaches. And he helped many other people with their pruning and yard work. Even in the last week of his life, he was still saying that he needed to get outside and prune his roses. His work ethic was incredible.

Ramon was a great American man. He was rugged, knowledgeable and kind. He was observant and could read animals, plants and the weather. He was an uncomplicated and honest man, and he never sought the spotlight or to call attention to himself.

I will forever be grateful for the things he taught me, and for priceless gift of his friendship to me, and to my family before me. People like Ramon Burgeis built this country with the hard work of their calloused hands, and the love in their kind hearts. They deserve our gratitude and remembrance.