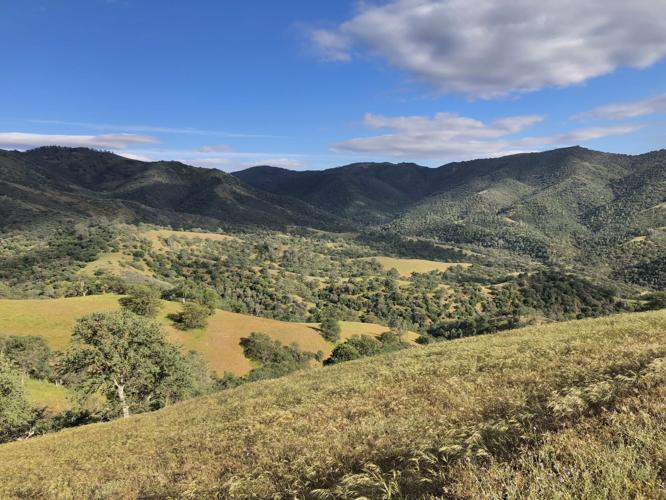 The sprawling Randall Preserve encompasses Tehachapi Mountains landscapes that have changed little over the centuries. 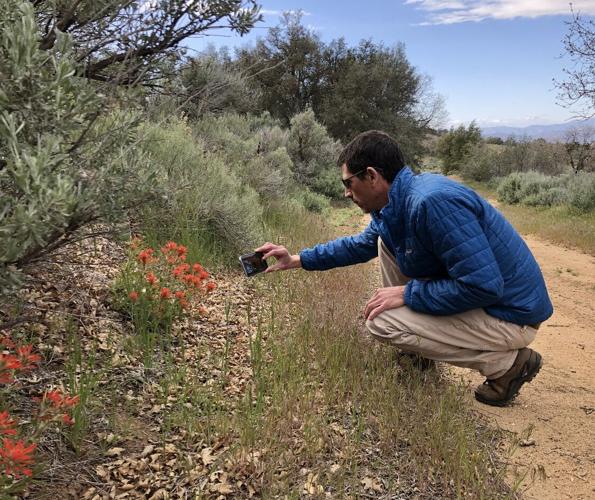 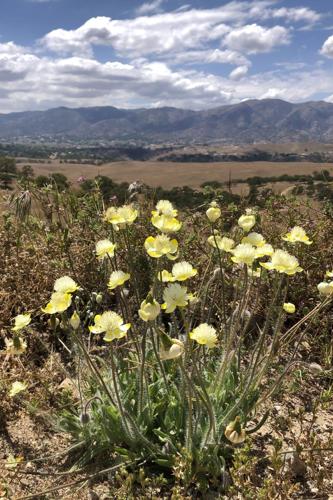 An exceptional Cream Cup plant with a distant mountain horizon. 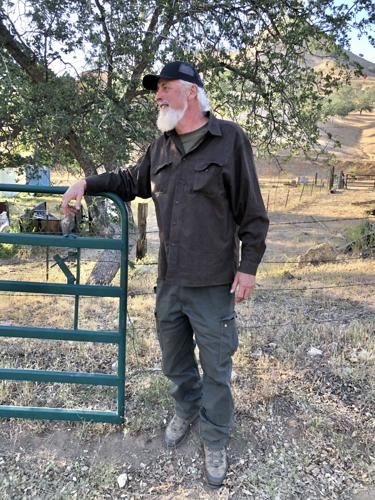 Lennis Janzen opens a gate on the Loop Ranch portion of the Randall Preserve. Janzen has spent decades photographing and filming wildlife at the Loop Ranch. 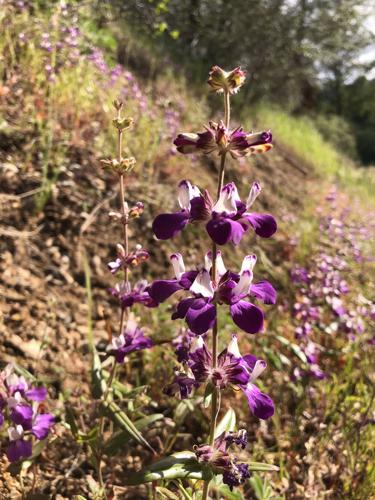 Chinese Houses bloom in a dense colony of these bright wildflowers. 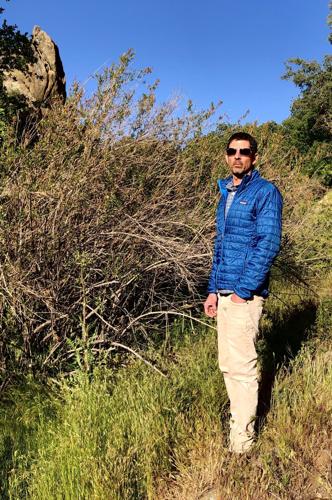 Zach Principe during a recent wildflower trip through the Randall Preserve.

The sprawling Randall Preserve encompasses Tehachapi Mountains landscapes that have changed little over the centuries.

An exceptional Cream Cup plant with a distant mountain horizon.

Lennis Janzen opens a gate on the Loop Ranch portion of the Randall Preserve. Janzen has spent decades photographing and filming wildlife at the Loop Ranch.

Chinese Houses bloom in a dense colony of these bright wildflowers.

Zach Principe during a recent wildflower trip through the Randall Preserve.

I recently spent part of the day checking out the spring wildflower bloom at The Nature Conservancy's new Randall Preserve, and there was much to see in that vast, wild and undulating landscape of tree-filled canyons, chaparral slopes and windswept promontories.

The tour guide on this May 10 trip was Zach Principe, the TNC stewardship project manager for this area, and a man who has worked for years on helping to assemble a group of nine different ranching properties into the sprawling 72,000-acre preserve.

Also joining us was Lennis Janzen, a longtime Tehachapi resident who sold custom belt packs, binocular straps and other gear through his Crooked Horn Outfitters business for more than 30 years. Lennis was raised outdoors in the Tehachapi Mountains, since for many years his father was the cow boss on the enormous 272,000-acre Tejon Ranch.

With the blessing of Jack Broome, who owned the Loop Ranch from 1951 until his passing in 2009, and the assistance of longstanding Loop Ranch manager Dal Bunn, Lennis took photos and videos and installed camera traps throughout the 28,000-acre property.

As a result, Lennis has thousands of images of wildlife on the ranch, and has had countless extraordinary experiences with the assorted creatures who live there. There was one memorable day when he encountered 20 bears in fairly close proximity to each other in just an hour or two. He has seen and photographed numerous bears, mountain lions, bobcats, coyotes and more while exploring the ranch. There is no one alive who knows the Loop Ranch and its wildlife better than Lennis, so he was a great companion to have along during our afternoon trip.

We started near the Randall Preserve's eastern terminus, and headed west. We entered the property on a dirt road behind a locked gate near the Tehachapi Post office. As we rambled along the winding ranch roads, we saw bright colonies of many native wildflowers, including Globe Gilia, Chia, Lacy Phacelia, Indian Paintbrush, Cluster Brodiaea, Chinese Houses and more.

Even though we had a mostly dry winter, the late rains we've had this year were transformative for wildflowers at the higher elevations, and many species actually had a productive spring.

This is particularly important for plants growing in arid regions with uncertain rainfall. Wildflowers growing under these conditions don't produce seed every year — in some years, they may not appear at all. So it is vital that they make the most of favorable years to generate lots of seeds to add to the soil bank, where the seeds can lay dormant for decades. Some desert seeds have been shown to remain viable, still alive and ready to germinate when conditions are right, for more than 150 years.

There is still much to learn about the plants, wildlife and habitat on the new Randall Preserve, whose completion was just announced in December of 2021. The properties have been the site of working cattle ranches for more than a century and a half, and there are still active cattle operations, since grazing livestock can be useful for reducing fire hazards.

After hours spent botanizing, birding and taking photographs, we exited the preserve to the west, coming out at National Chavez Center in Keene. It was good to see that the Randall Preserve's inaugural spring brought forth lots of wildflowers in the higher elevations of the Tehachapi Mountains.