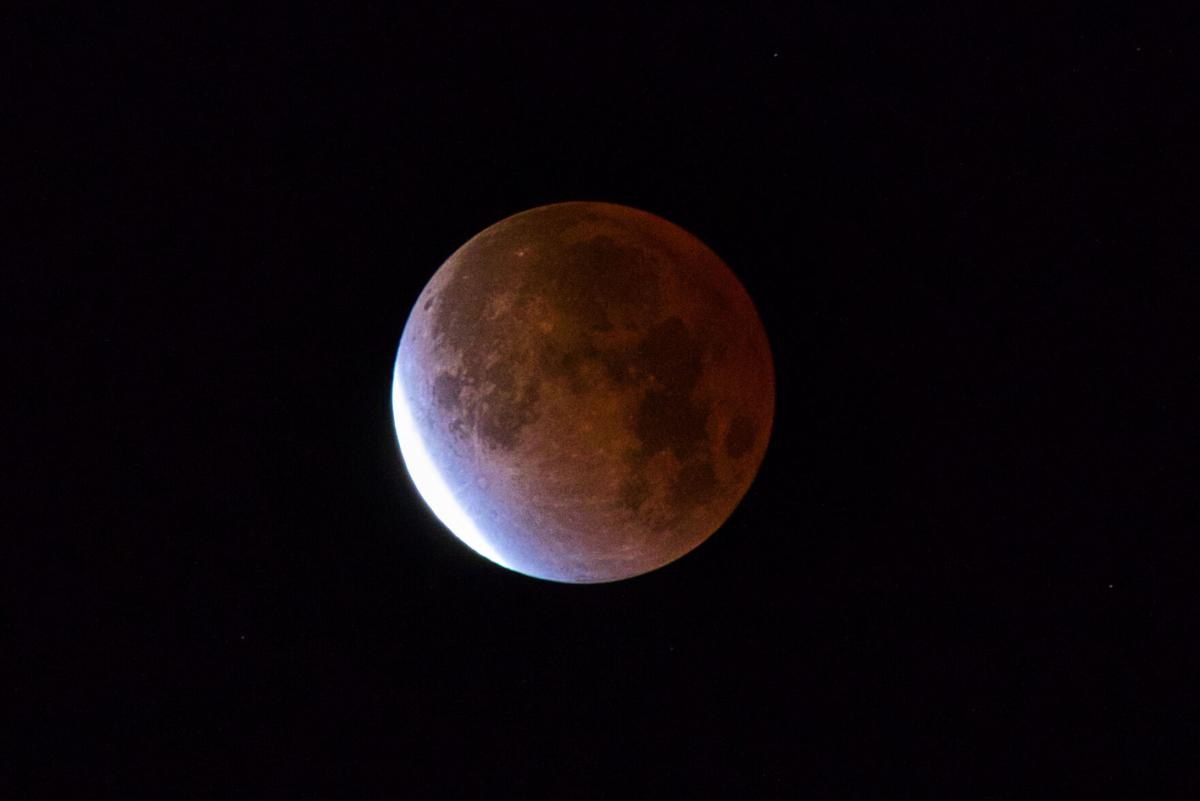 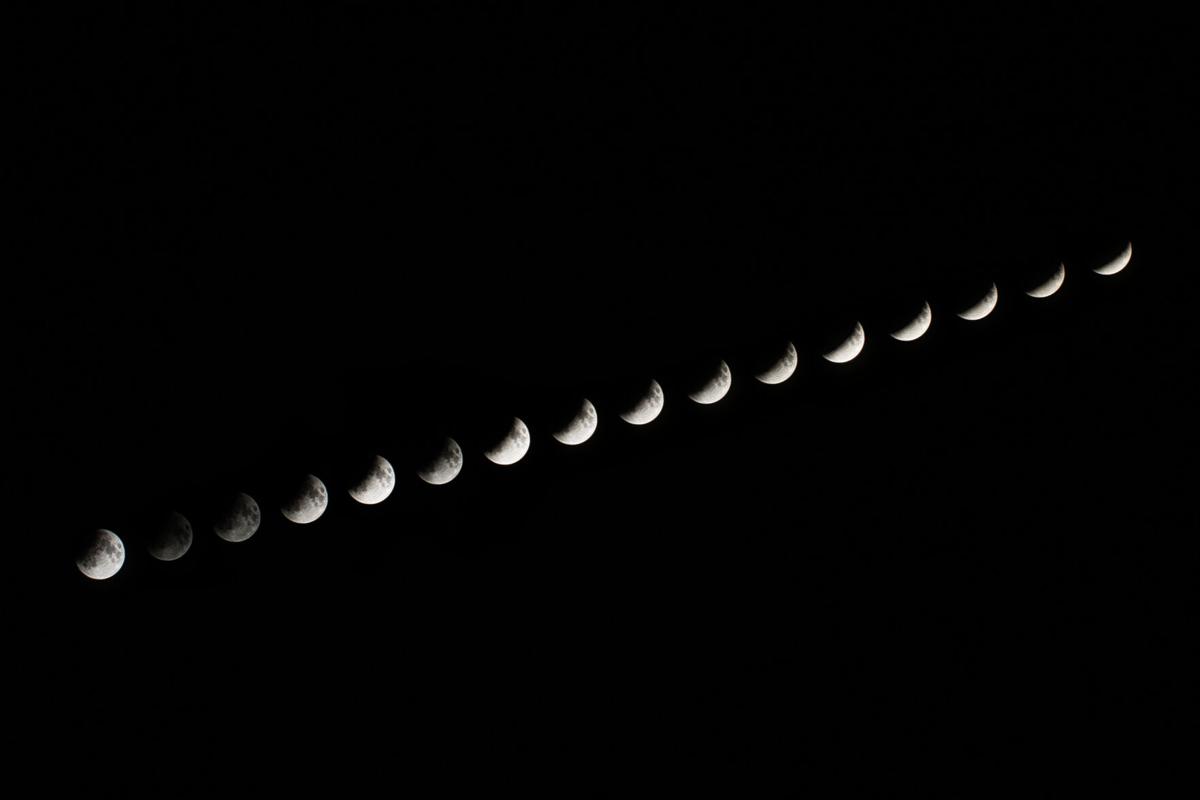 An assembled series of images showing the moon entering the shadow of Earth. 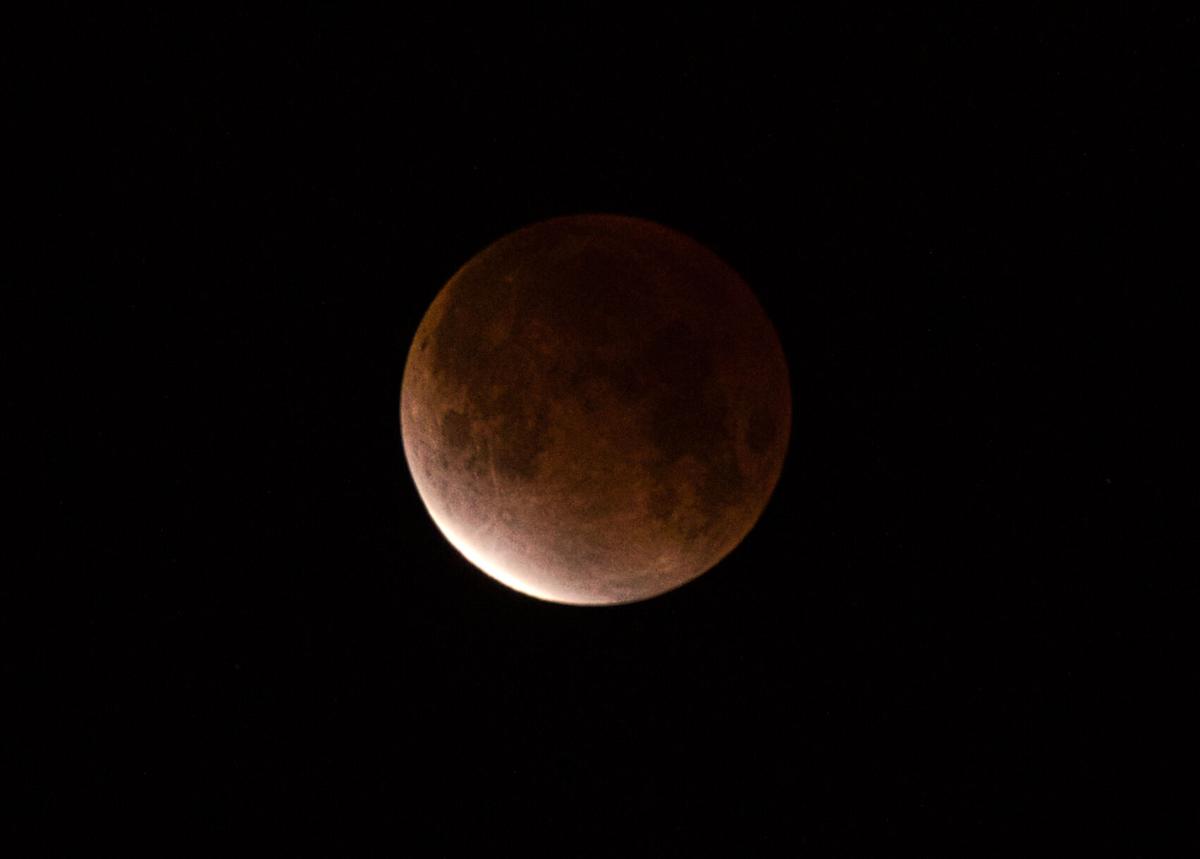 Looking like a sphere made of reddish ceramic or adobe clay, this is how the full moon appeared over the Tehachapi Mountains during the recent partial eclipse.

An assembled series of images showing the moon entering the shadow of Earth.

Looking like a sphere made of reddish ceramic or adobe clay, this is how the full moon appeared over the Tehachapi Mountains during the recent partial eclipse.

Skygazers throughout the Americas had a great view of a partial lunar eclipse on the night of Nov. 18. The event was dubbed the Beaver Moon lunar eclipse, since November is traditionally known as a time when beavers are especially active, getting their lodges ready for winter. A number of Tehachapi area residents were interested and prepared, and they were able to check out the eclipse through mostly clear skies.

One of these people was my friend Toshimi Kristof, an avid photographer in Bear Valley Springs whose photos have graced the pages of this and other publications. Toshimi enjoys photographing nature in its various forms, from animals and plants to weather and astronomical events.

Toshimi had two digital single lens reflex cameras set up on tripods on the deck of the home she shares with Les, her husband and collaborator on Toshimi's assorted adventures. One of Toshimi's cameras, the one with a 100mm lens, was timed to take a photo every three minutes during the eclipse.

Toshimi used the second camera, with a 400 mm lens, to take periodic photos of the moon as it changed. As usual, she captured some beautiful images, portraits of the smaller orb that circles Earth as they move together in their endless dance through space.

The Nov. 18 event, which lasted into the wee hours of Nov. 19, is considered a partial lunar eclipse, but at its peak, 97 percent of the moon's surface was darkened, so it appeared quite complete.

Lunar eclipses occur not when the moon passes between us and the sun — that's the more intense solar eclipse — but rather when the moon enters the Earth's shadow. Which means the Earth has passed between the moon and sun, temporarily blocking sunlight from reaching the moon's surface where it bounces off and appears to us that the moon itself is shining.

The moon usually appears reddish when in eclipse, and during full lunar eclipses is often known as a blood moon because of its reddish color. Toshimi, who stayed outside under the night sky from 10:30 p.m. to 1:30 a.m., was able to capture this color in photos taken with her camera equipped with the 400 mm lens, at shutter speeds as fast as 1/640 of a second when the eclipse began down to only 1/50 of a second when the moon was almost fully shadowed.

Although the sky began to get cloudy, Toshimi persevered and was also able to get images of the eclipsed moon that included a faint bluish hue. The source of the turquoise is ozone. Atmospheric scientist Richard Keen of the University of Colorado has explained it in this way: "During a lunar eclipse, most of the light illuminating the moon passes through the stratosphere where it is reddened by scattering. However, light passing through the upper stratosphere penetrates the ozone layer, which absorbs red light and actually makes the passing light ray bluer." This can be seen, he says, as a soft blue fringe around the red core of Earth's shadow.

Some predicted celestial events turn out to be a bit disappointing, like meteor showers that suggest up to 100 meteors a minute and yield more like 6, but lunar eclipses are reliably dramatic and beautiful. Thanks, Toshimi, and other Tehachapi skywatchers who stayed out to observe, photograph or celebrate the moon that decorates our night sky and influences our tides and consciousness.