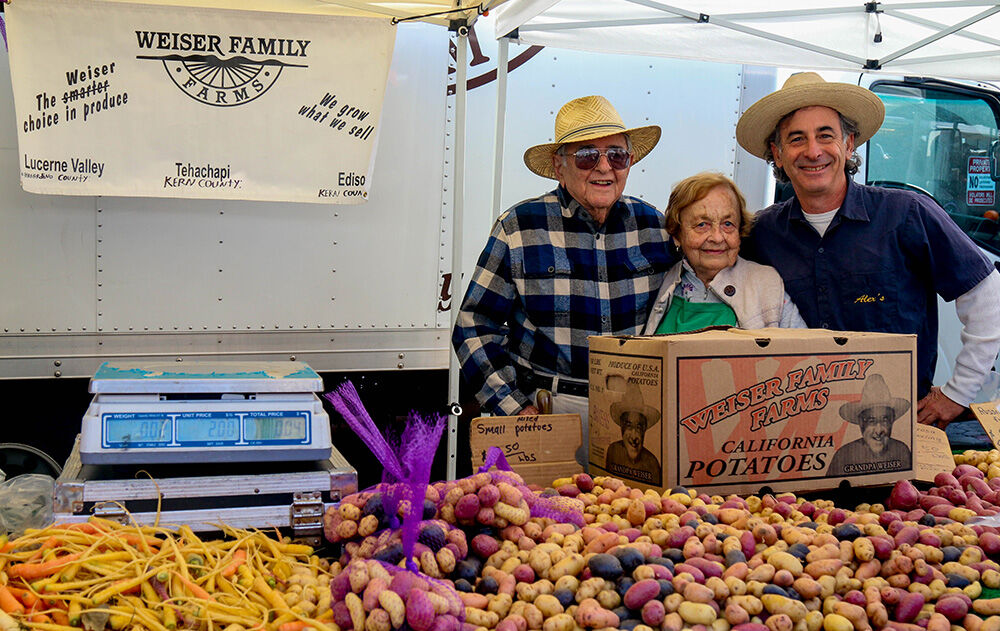 Sid and Raquel Weiser and their son Alex at the family booth at a farmers market. 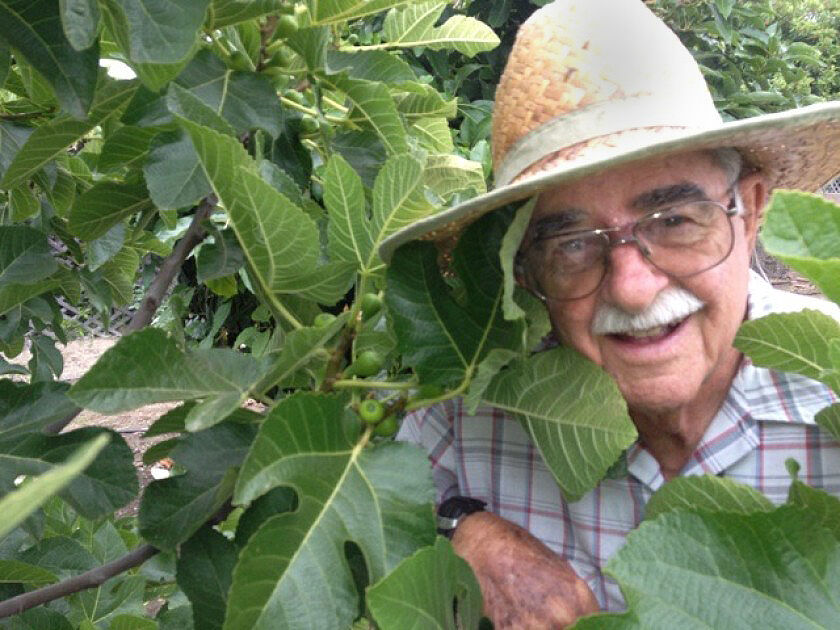 Sid Weiser at his home in Claremont. 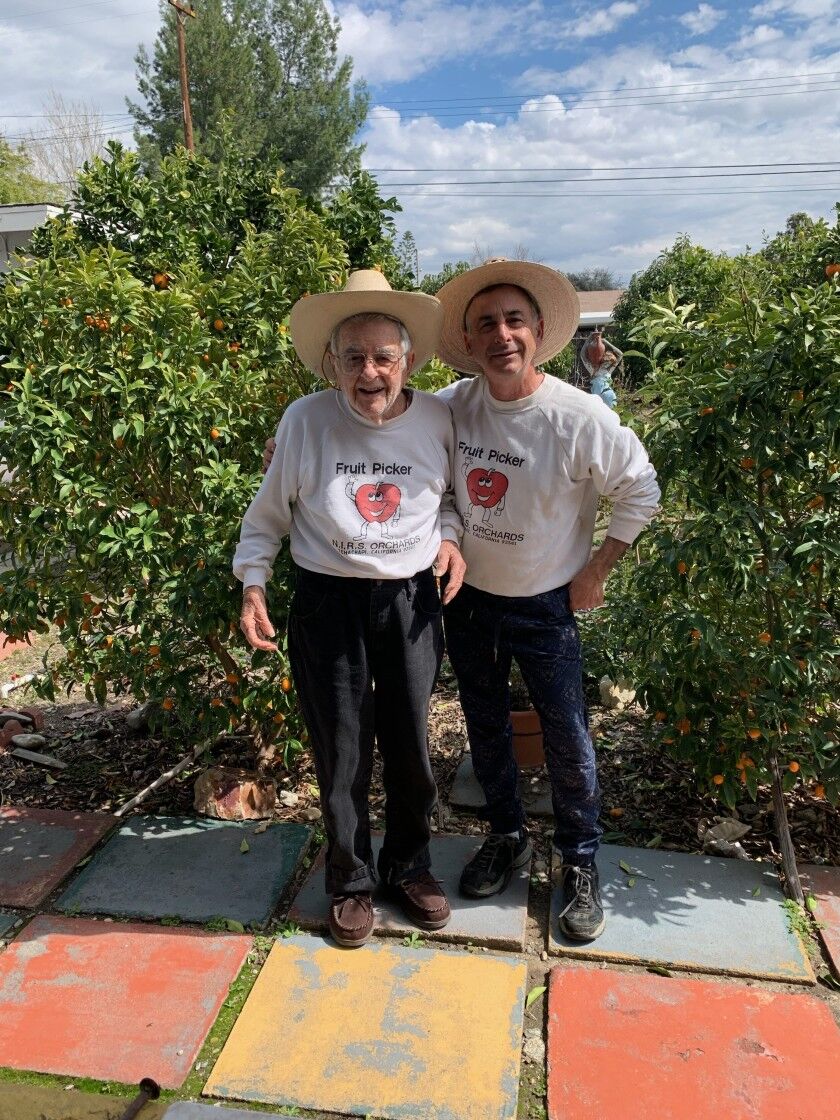 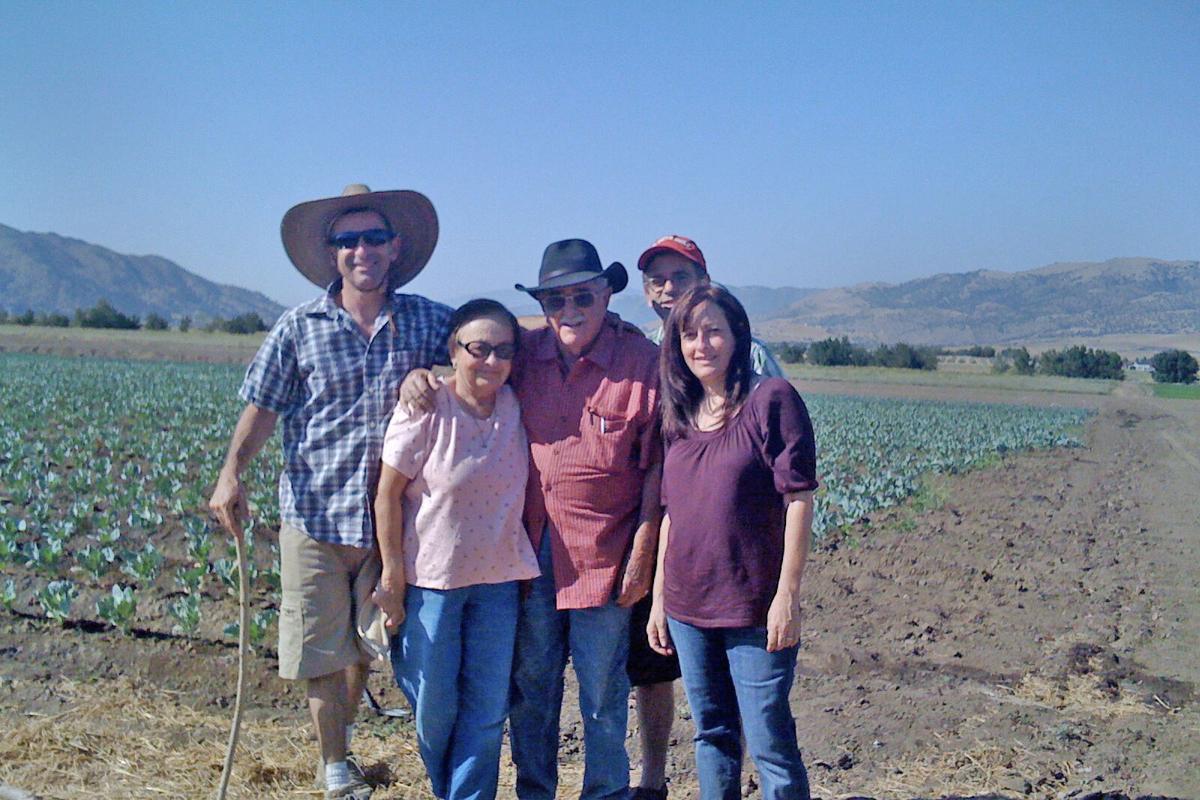 The Weiser family at their Tehachapi farm. From left: Alex, Raquel, Sid, Dan and Esther. 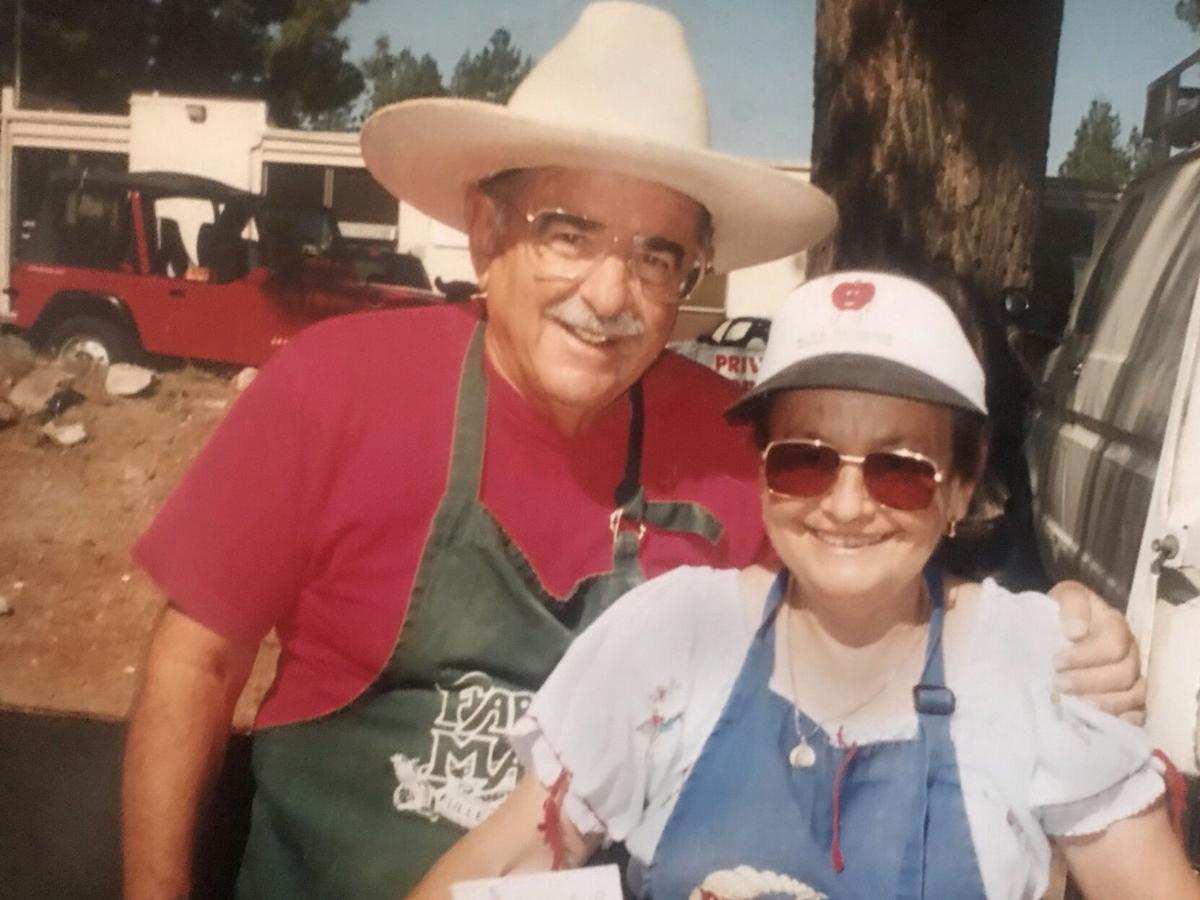 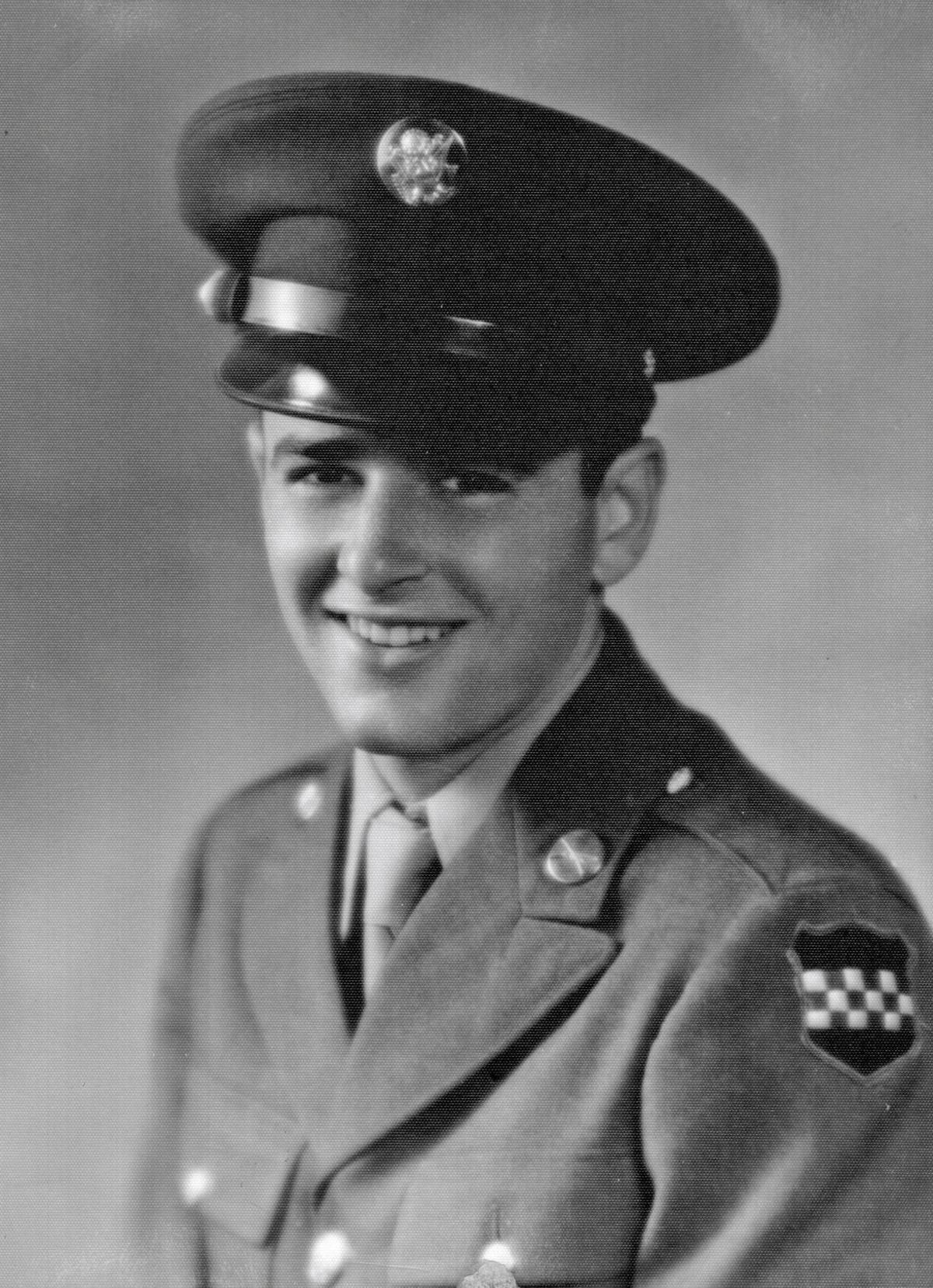 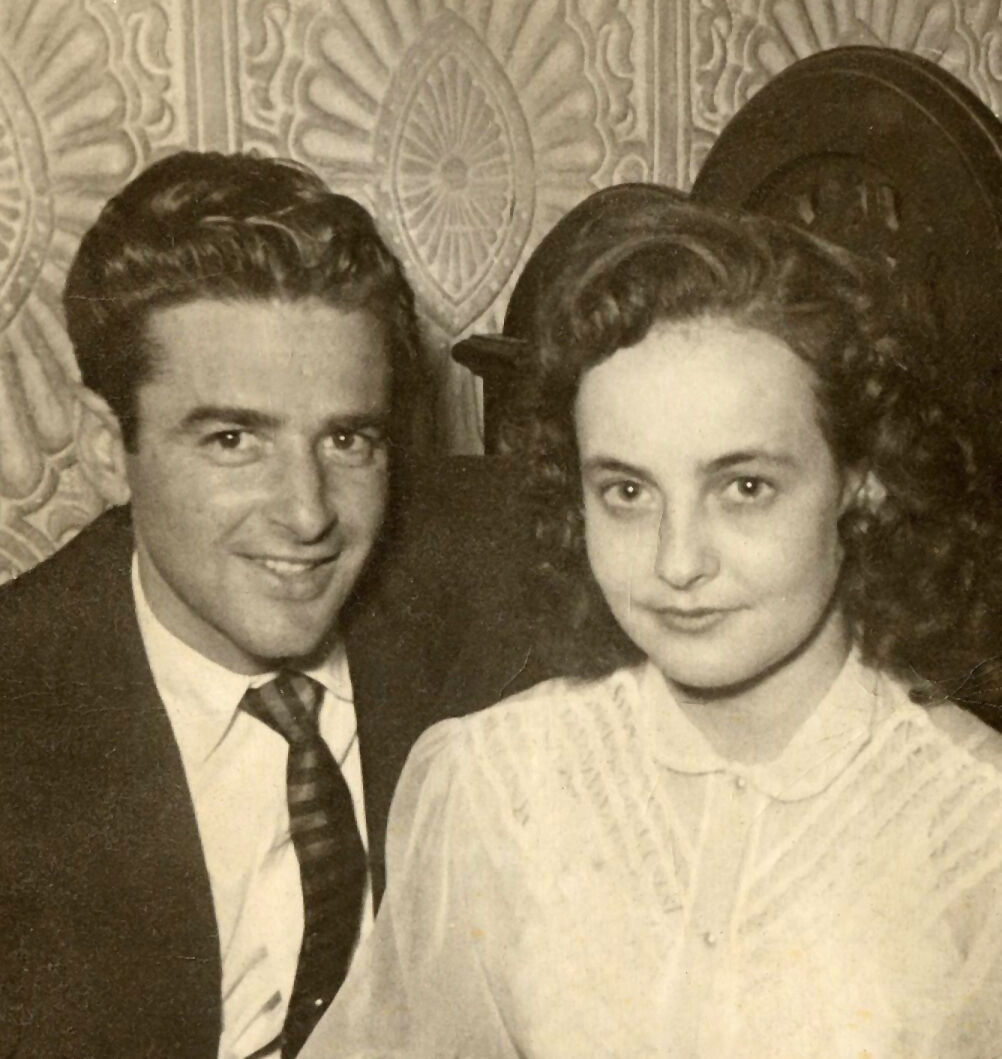 Sid and Raquel Weiser in their youth together.

Sid and Raquel Weiser and their son Alex at the family booth at a farmers market.

Sid Weiser at his home in Claremont.

The Weiser family at their Tehachapi farm. From left: Alex, Raquel, Sid, Dan and Esther.

Sid and Raquel Weiser in their youth together.

Longtime Tehachapi farmer Sid Weiser, who was one of the first to bring the fresh taste of Kern County produce to Los Angeles-area farmers markets, passed away in his sleep on Sept. 28 at the fine old age of 95.

Sid first came to Tehachapi in 1977, when he and his wife, Raquel, started Weiser Family Farms on 160 acres in Brite Valley. The land was planted to Red and Golden Delicious apples, which were sold primarily to juice companies like Hanson's.

However, that initial property had an issue: it was low-lying, and thus in a frost pocket. Cold air is heavier, and on chilly nights the colder, heavier air flows downward, making the Weiser property susceptible to late spring frosts that destroy apple blossoms.

After several successive lost crops due to frosts, in 1981 Sid was having coffee with a friend who remarked "I like that condo of yours in Rosemead," and Sid replied "I like that farm of yours in Tehachapi," and the two men ended up trading. So the Weisers ended up with 83 acres on Highline and Tucker roads.

This new property was much better suited to fruit and other crops, because it's in a high point of the valley and seldom gets hit with spring frosts — noted Tehachapi farmer J.C. "Jake" Jacobsen referred to this area as Tehachapi's "banana belt" because of this slight elevation rise. This quality is one of the main reasons that the Pulford family established their Appletree Orchard across Highline Road from the Weisers.

Sid began having bus tours visit the farm, where visitors could get a meal and buy or even pick produce on the farm. In this way, Sid was one of the pioneers of agrotourism in the Tehachapi area, decades before the phrase was even coined. He was called "Grandpa Sid" by some of his most loyal Tehachapi customers over the years.

The turning point for the family business came one fateful evening, when a man named Vance Corum knocked on the door at their Tehachapi farm. Vance was involved in organizing direct farmers markets in California, which had been made legal thanks to a 1977 executive order by Gov. Jerry Brown, which allowed growers to sell directly to the public at farmers markets. Prior to that, farmers had to package and label any produce that was sold away from the farm.

Vance suggested that the Weiser family consider selling at farmers markets, and Sid thought that sounded like a good idea. The family had grown frustrated by the apple juice companies' seeming indifference to the quality and taste of the fruit.

The Weisers became one of the founding farmers of the Santa Monica Farmers Market, and remain there to this day. Weiser Family Farms has sold at up to 40 different farmers markets, though they now focus on about 10 that have proven most successful for them.

Being at farmers markets enabled the Weisers to connect directly to chefs, and to grow specialty fruits and vegetables for them. Alex Weiser joined his father in the family business in 1982, and is responsible for many of the innovative crop choices and business direction that the business has taken. His sister Esther and brother Dan also helm Weiser Family Farms.

Over the past 40 years, Weiser Family Farms produce has been served at some of the best restaurants in the Los Angeles area, and has been purchased and lovingly featured by James Beard award-winning chefs. The Tehachapi farm has also been the site of some epic farm dinners created by globally famous chefs. The Weisers also grow produce in the San Joaquin Valley to take advantage of the longer growing season at that lower elevation.

In addition to being an entrepreneurial farmer and creative risk taker, Sid was also a genuinely good human being. He was born in the Boyle Heights area of Los Angeles on September 30, 1924. He was in the Battle of the Bulge in World War II and earned two Purple Hearts from wounds he received.

After he got back from the war, he graduated from USC, and then he and three friends took a month-long trip to Mexico City. They returned to the States, but Sid quickly went back and spent five years living in Mexico, becoming a fluent Spanish speaker. He married the love of his life, Raquel, whose mother had basically arranged a marriage for her to another man, but she was stubborn and held out to marry Sid instead. They spent more than 65 years together. Sid taught chemistry at Garfield High School in East Los Angeles, and didn't begin his farming career until he retired as a teacher.

Alex Weiser had this to say about his father: "My dad had a sunny disposition and was always ready with a funny quip. You felt good just being in his company. Farming is tough, but my dad was the perpetual optimist. He found great joy in the work itself, and childlike excitement in planning the next year's crops. He was a loving husband to my mom, Raquel, and a proud father and doting grandpa. My dad measured success not by financial gain, but by love, and how many people he could make happy."

That is a beautiful legacy, and one more people should aspire to achieve.