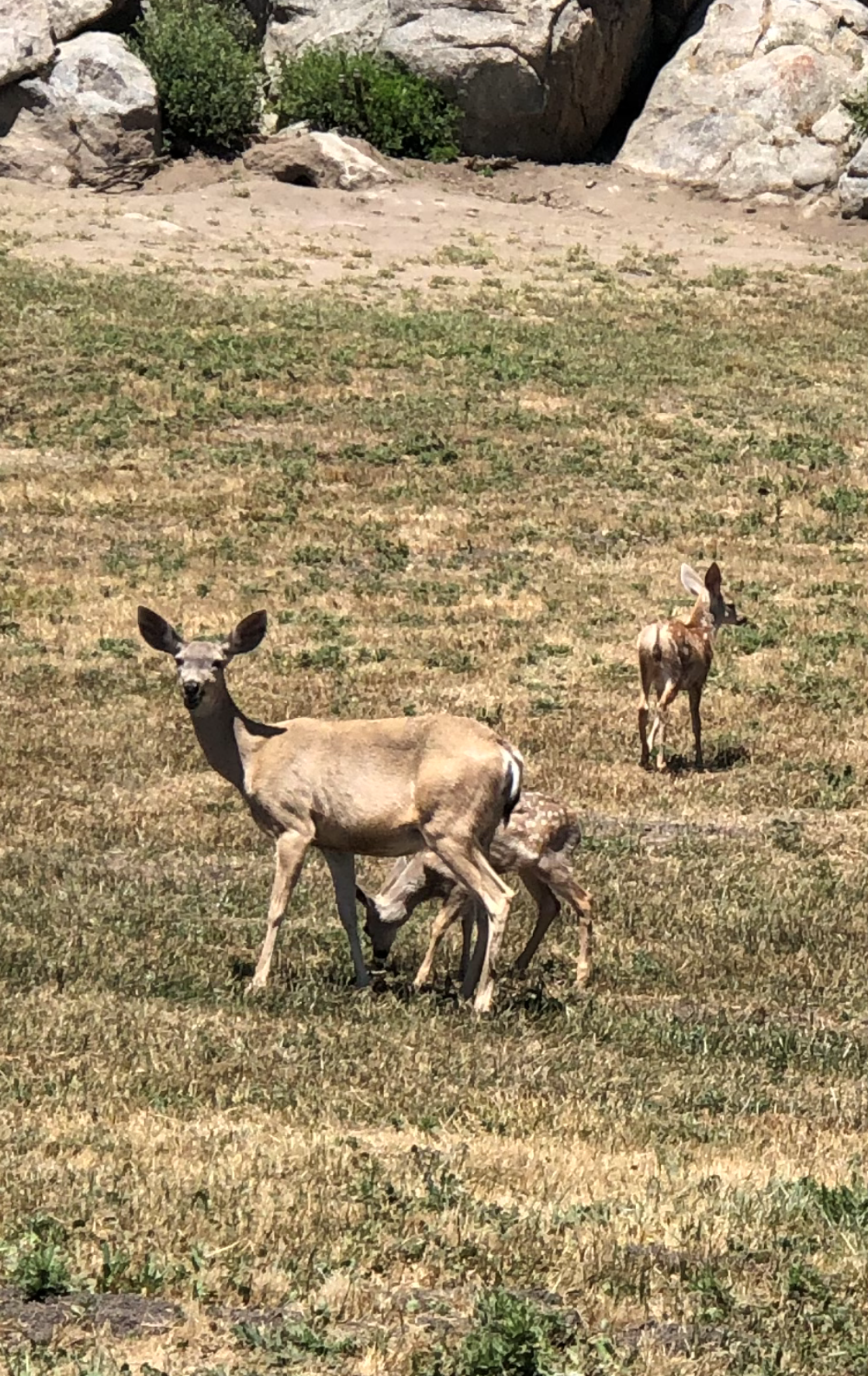 A doe with a set of month-old twins. 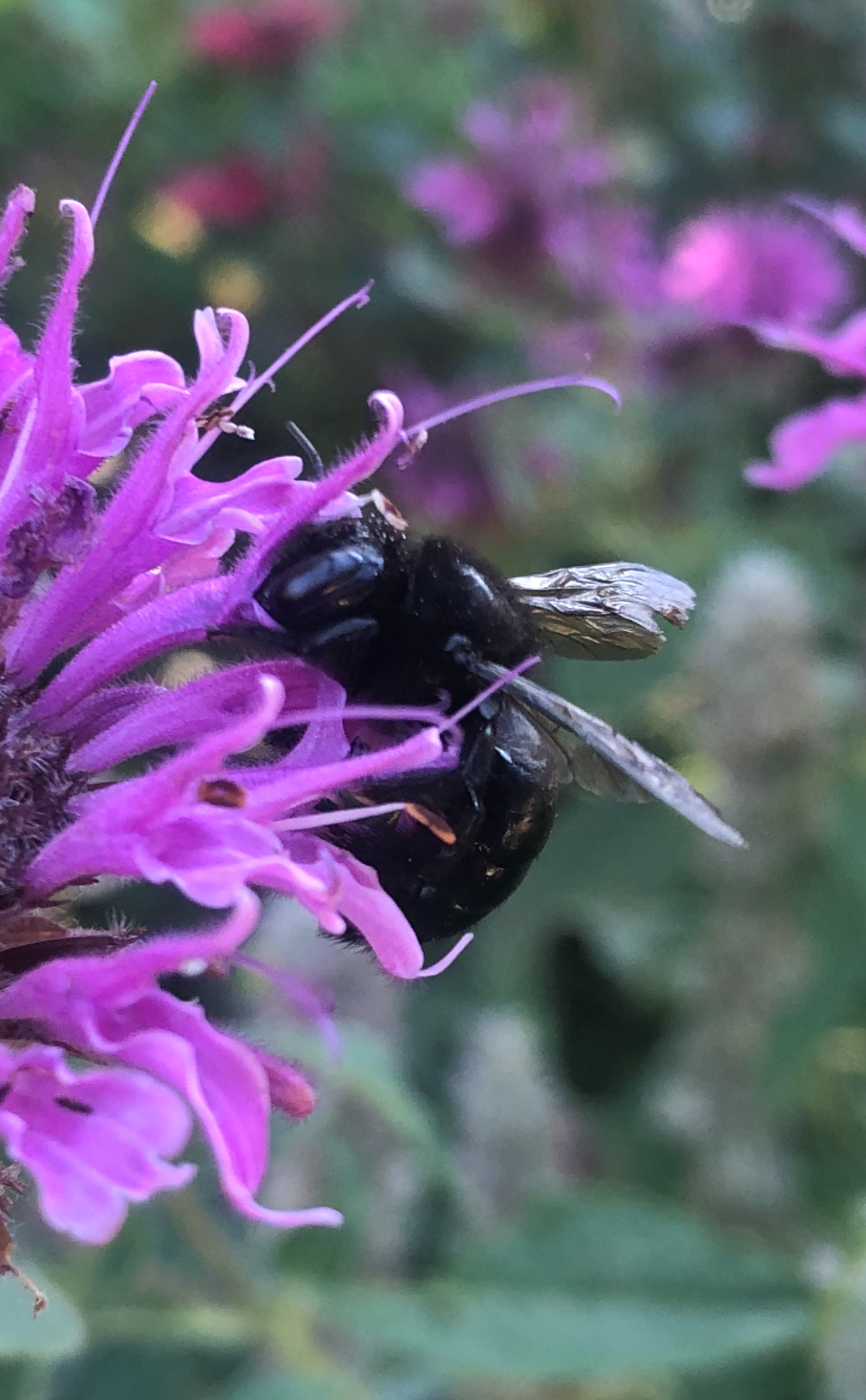 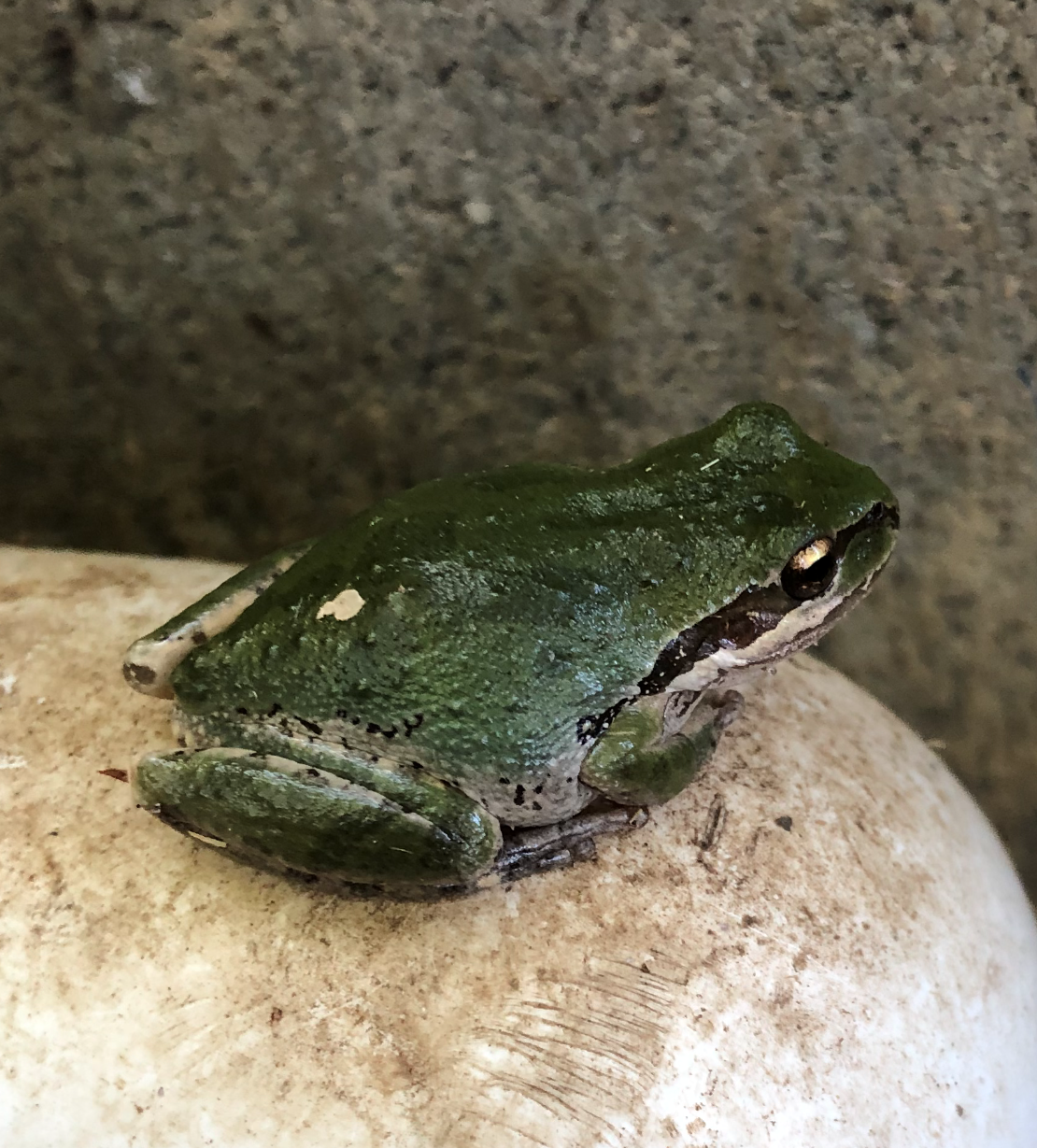 A Pacific Chorus Frog hides from the heat of the day in a water valve box. 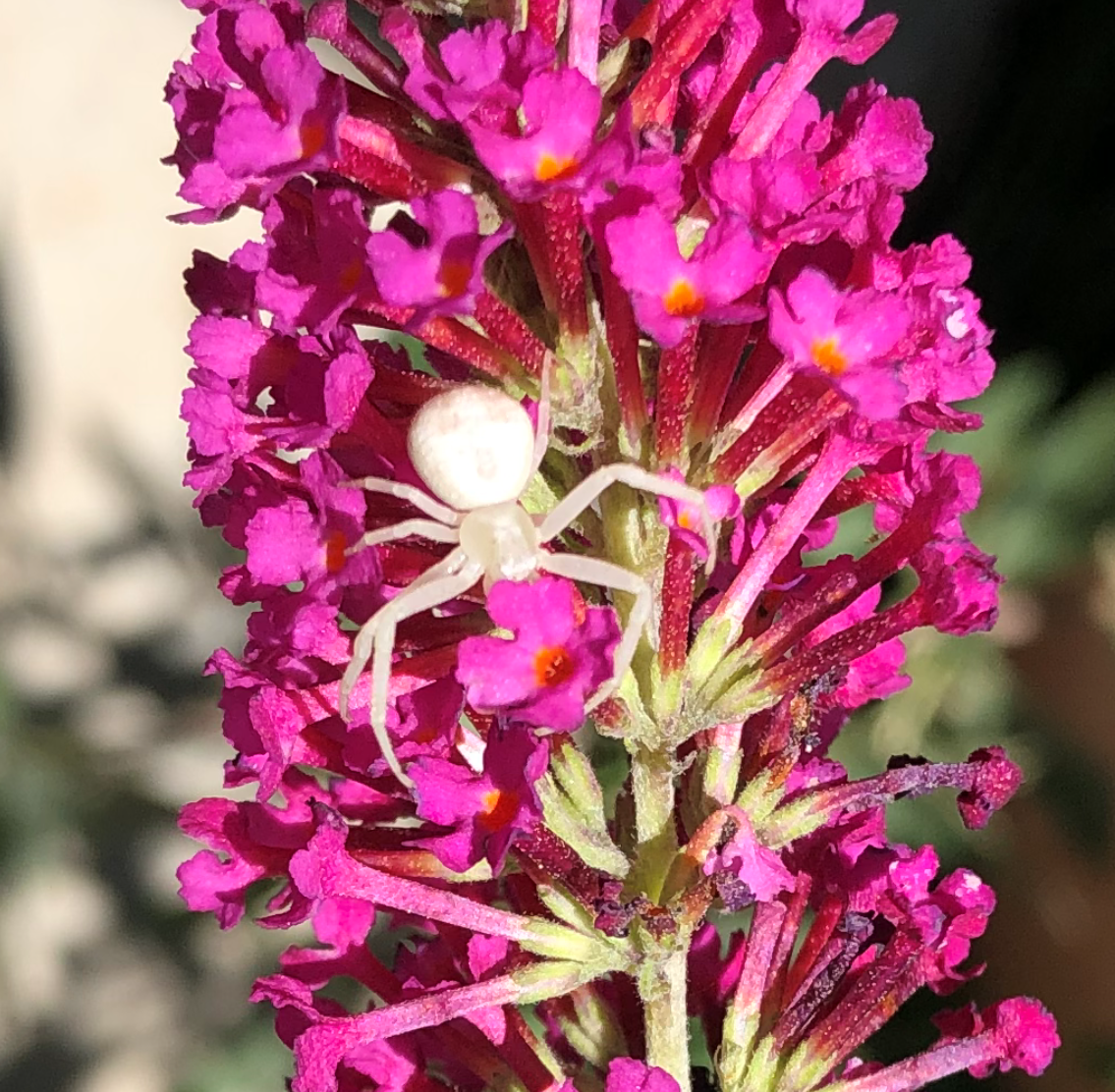 A Crab Spider waits on a Butterfly Bush for an unsuspecting small pollinator to happen by. 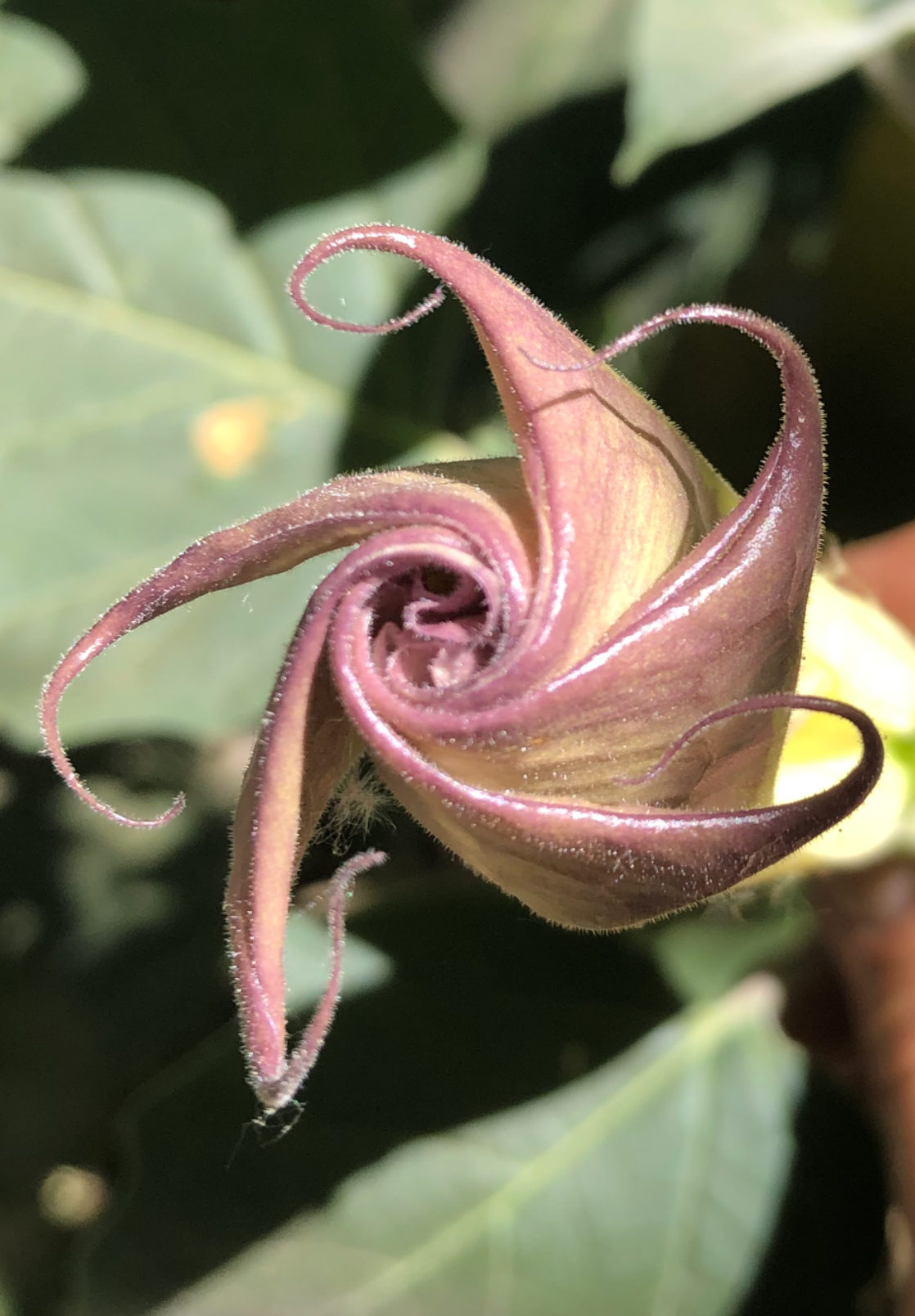 A Datura blossom has an unusual and distinctive shape before it has unfurled. 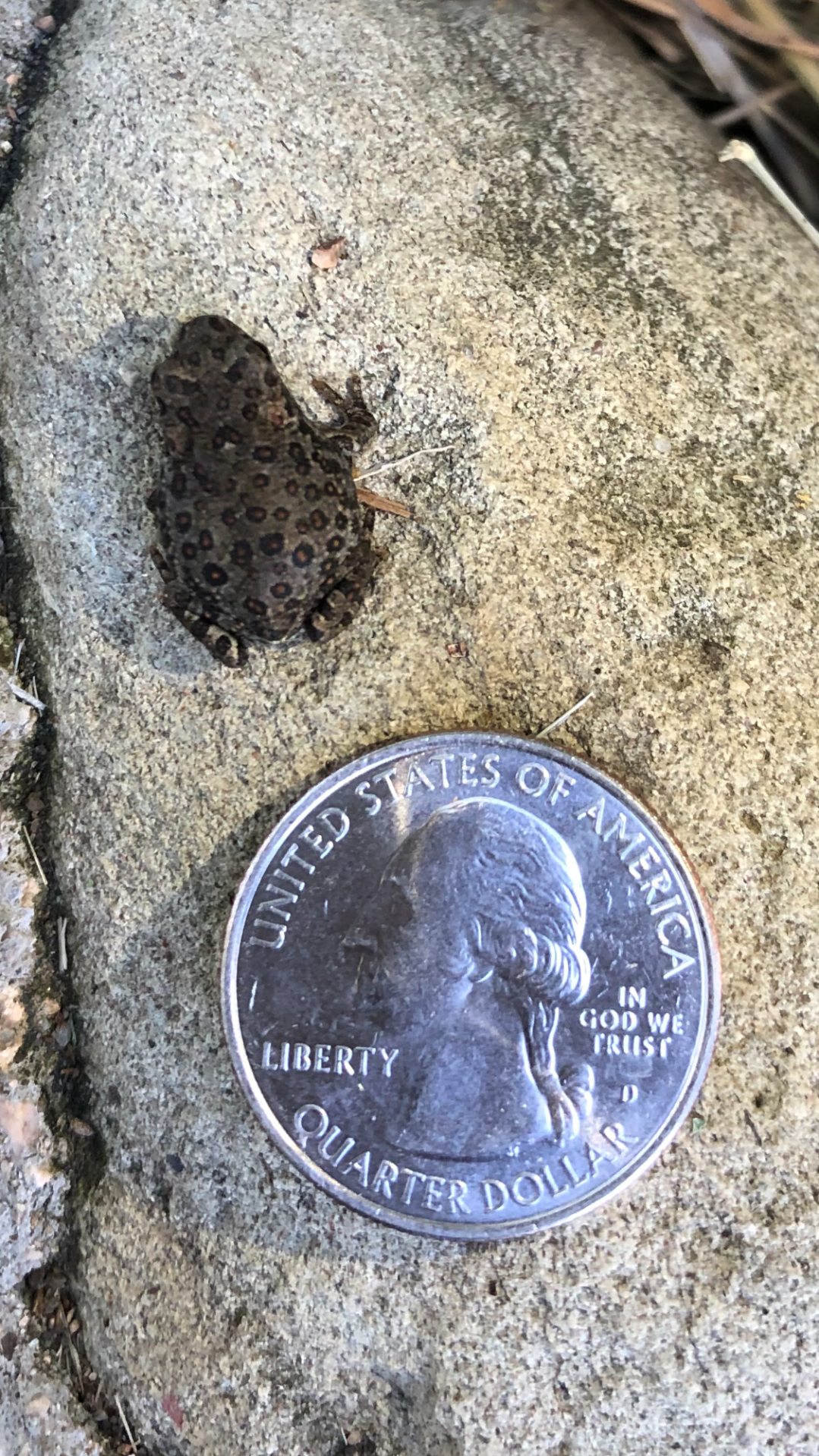 Baby toads are tiny when they first emerge from their natal pond.

A doe with a set of month-old twins.

A Pacific Chorus Frog hides from the heat of the day in a water valve box.

A Crab Spider waits on a Butterfly Bush for an unsuspecting small pollinator to happen by.

A Datura blossom has an unusual and distinctive shape before it has unfurled.

Baby toads are tiny when they first emerge from their natal pond.

One of my favorite things about living in the Tehachapi Mountains is the seasonal changes and appearances that occur in the natural world. Right now it is the height of summer, and one afternoon last week I went out with a camera to see what I might find.

The first thing that caught my attention was the sight of new fawns. California Mule Deer in our area typically give birth in June. The does initially hide their babies from everyone, including other deer. A doe will go off by herself to give birth, usually in an area with tall grass or vegetation where she can conceal her fawn.

Newborn fawns have no odor, to help them escape notice by predators, and the does only nurse them a few times per day, to minimize detection. The fawns have spots to camouflage them in their surroundings. They spend most of their first weeks lying hidden, but starting eating vegetation when they are two or three weeks old. July is the month when they usually begin to be seen by people.

I saw several sets of twins, following close by their mothers. Twinning is not uncommon when feed is adequate and the does are in good condition during the fall rut (mating) season. Even triplets can occasionally be raised by strong healthy does.

I also saw two of our most common amphibians: Pacific Chorus Frogs and California Toads. Late winter and early spring is when Pacific Chorus Frogs are most conspicuous, as the males sing at night to attract females to pools and ponds to produce eggs. Baby toads are abundant right now as they emerge from their natal ponds en masse to try to overwhelm predators by their sheer numbers.

In addition to these amphibians, of course I saw the ubiquitous Western Fence Lizards (better known as “Bluebellies”), as well as a Western Whiptail lizard and a Great Basin Gophersnake. Summer is the best time to encounter reptiles in the mountains.

It is also the season with the most insect activity, and I saw butterflies, including Western Tiger Swallowtails, Monarchs, Cabbage Whites, California Sisters and a Lorquin’s Admiral. I also saw lots of other pollinators, including the large Valley Carpenter Bees with their shiny black metallic looking bodies and reflective wings.

Although most of our native wildflowers bloom in spring, most cultivars and ornamentals flower in summer, and these provide color and beauty for us, and food for nectar-feeding insects. They also provide food for Crab Spiders, which hide among the blossoms to catch small flying insects attracted to the flowers. A large flowering plant can be an ecosystem unto itself.

One of the native flowers I saw was the widespread Datura, whose white bell-shaped flowers unfurl at night. This plant has strong and dangerous narcotic qualities and was used on rare occasions by Nuwa Indian people for shamanic purposes. Datura is known in the Nuwa language as moop, pronounced “mope,” and people under the influence were known as mooyed. This term was later applied to people who were drunk on alcohol.

There is much to see and learn about during summer in the mountains, and I encourage you to get out and look around for yourself.