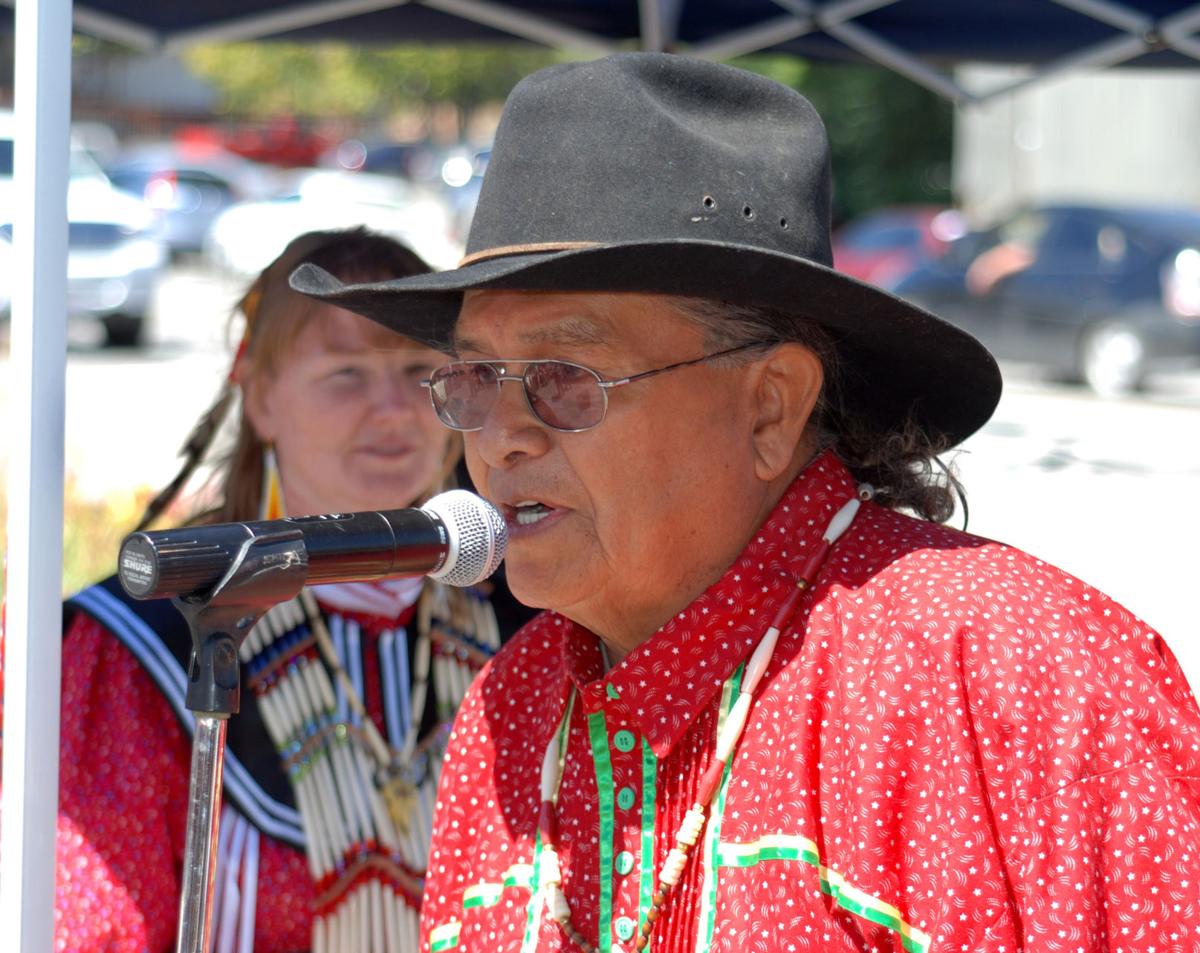 Luther Girado at a Go Native event in Tehachapi with his girlfriend Christine Corcoran in the background. 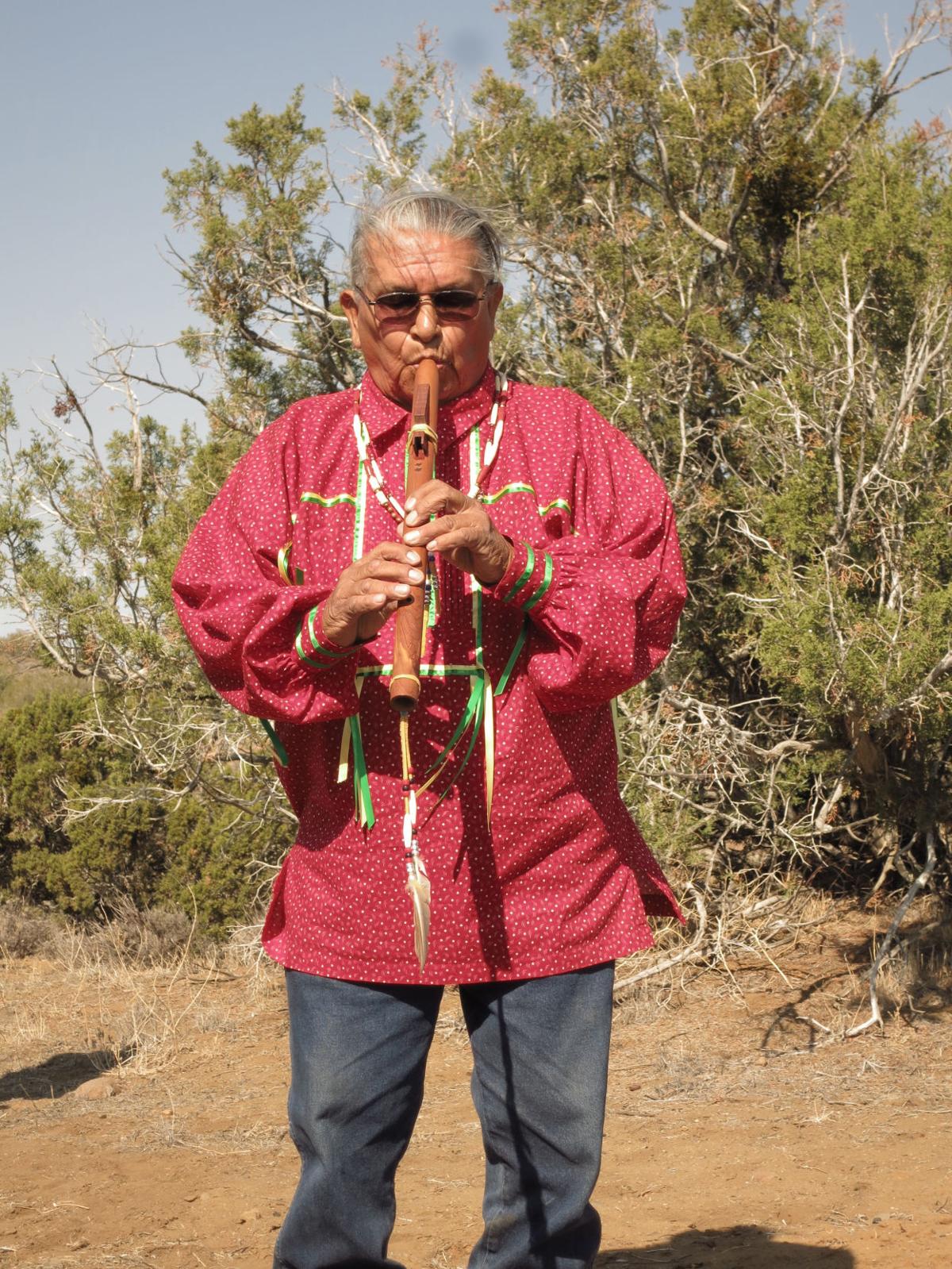 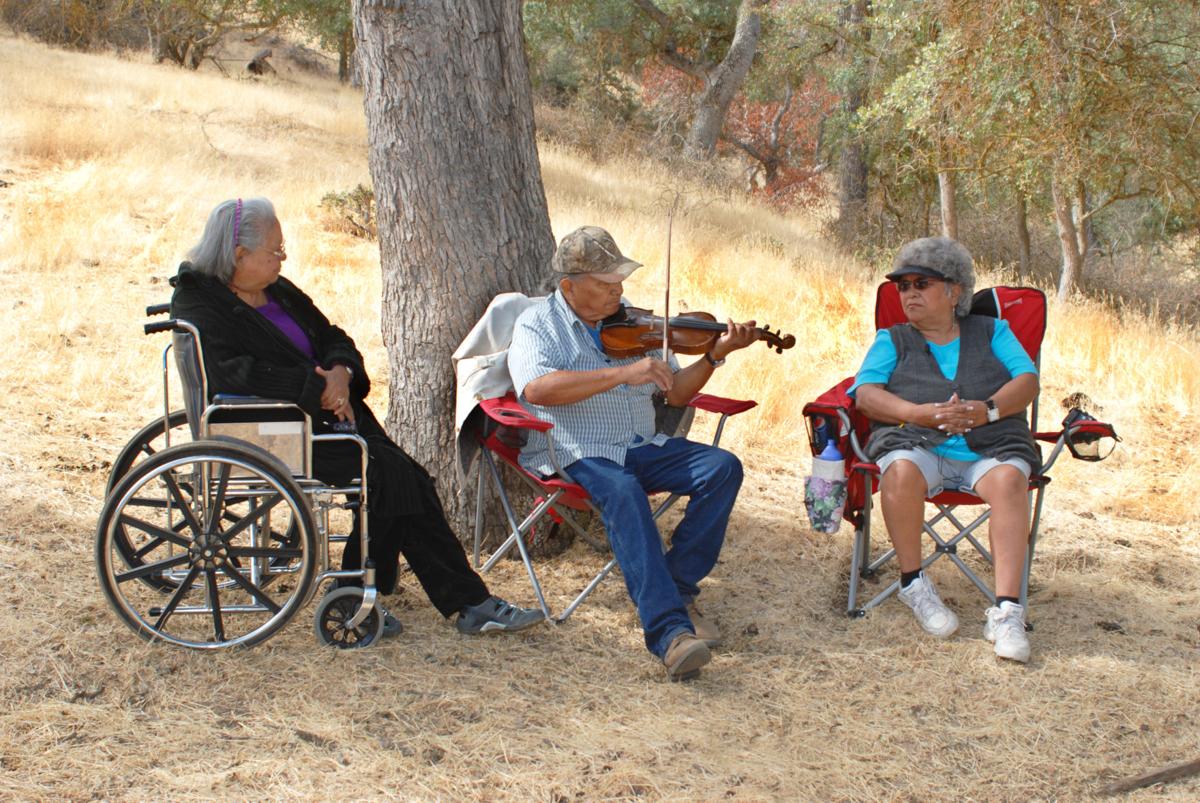 The three Girado siblings at a place called Woodchopper, the former site of a cabin they lived in on the Rankin Ranch in Walker Basin. From left: the late Betty Girado Hernandez, Luther Giado and Lucille Girado Hicks. 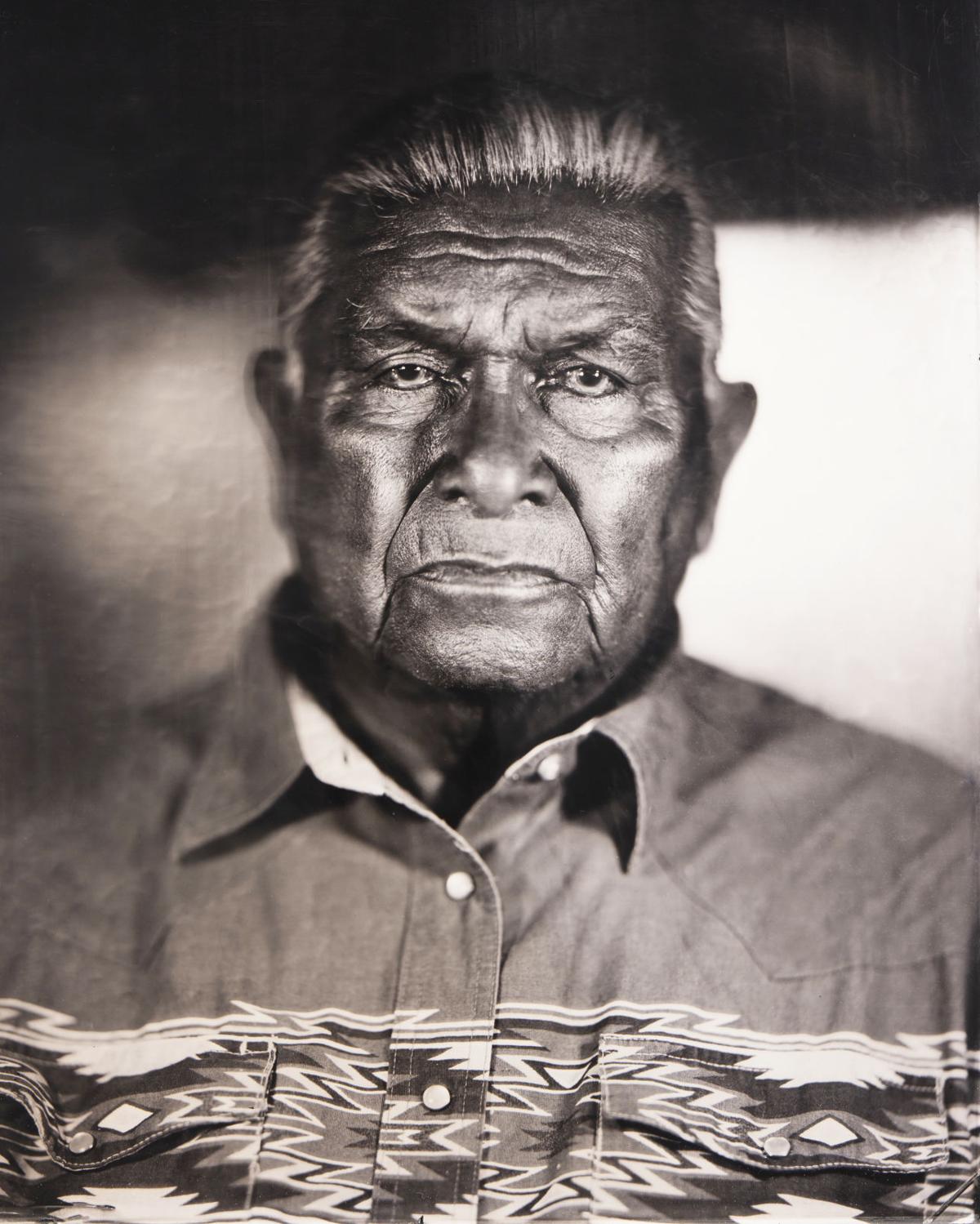 A tin-type photo taken of Luther Girardo by a team from BYU using a historic camera lens from the 1860s.

Luther Girado at a Go Native event in Tehachapi with his girlfriend Christine Corcoran in the background.

The three Girado siblings at a place called Woodchopper, the former site of a cabin they lived in on the Rankin Ranch in Walker Basin. From left: the late Betty Girado Hernandez, Luther Giado and Lucille Girado Hicks.

A tin-type photo taken of Luther Girardo by a team from BYU using a historic camera lens from the 1860s.

For untold centuries, Nuwä Indian people of the Tehachapi Mountains told stories about the world around them and the various animals with whom they shared it. In a culture without the cell phones, TVs, computers, movies, newspapers, magazines and books that people use to entertain themselves today, these storytelling sessions were a favored and cherished activity.

You can experience this yourself when Nuwä (Kawaiisu or Paiute) elder and fluent speaker Luther Girado will perform a storytelling event on Sunday afternoon, May 20, at the BeeKay Theater.

Luther will be telling assorted stories in his native language, with English translation by his daughter, Julie Girado Turner and myself. Among the stories are “Coyote and Pitch” and “Eagles Rescue a Man.”

Luther will also be telling about his Indian childhood, growing up in Walker Basin and the Caliente Creek area of mountainous East Kern County. He and his family lived in remote houses without running water, and still harvested some traditional Nuwä foods.

So how unusual is this opportunity to hear Kawaiisu stories told in the language? Well, here’s the stark reality: in a world with more than 7 billion people, Luther Girado is the last male fluent speaker on Earth of this highly endangered language. His sister Lucille Girado Hicks is the last female fluent speaker. That’s it. There’s only them.

There is an ongoing effort to document and preserve this language, and I am proud to be part of that project. We have made lots of progress in the past 15 years, and we now know more about the language than ever before. Several of us have become quite adept with the language and more are learning.

However, the Girados are the last people who will ever be raised in an Indian household were Nuwä is the only language spoken. Their parents, Raphael and Gladys Girado, made a conscious decision to raise their children only speaking Indian, so Luther, Lucille and their sister Betty all started school in Kern County not speaking English.

There were still dozens of Native speakers when the Girado children were growing up, and their knowledge of the language came not just from their parents but also from their grandparents, aunts and uncles and other members of the Indian community.

Luther and his sisters kept their fluency and have gone through life with one foot in the Indian world of their ancestors, and one foot in the contemporary English-speaking world that surrounds them.

Luther is now 77 years old, and he has agreed to a storytelling session so others can have the unique experience of hearing traditional stories in the ancient Indian language of Tehachapi Mountains.

The event will last from 2 to 4 p.m., and during the intermission guests will be able to sample some food made from traditional Nuwä ingredients.

This irreplaceable cultural event is being sponsored by the Tehachapi Heritage League and the Kawaiisu Language and Cultural Center. Proceeds will be used to help operate the Tehachapi Museum. The cost is $10 for adults and $5 for children 12 and under.

Tickets can be purchased at the museum on Friday through Sunday from 12 to 4 p.m., by calling Charles White at 972-0958, or by calling the museum at 822-8152. and leaving a message. Seating is limited so you’re encouraged to get your tickets before they sell out.

The stories that Luther will tell were handed down for untold generations in an unwritten language, part of the cultural inheritance of the First People who lived in these mountains. We are pleased to offer this unforgettable opportunity to area residents, and grateful to Luther for sharing his language and his heritage.