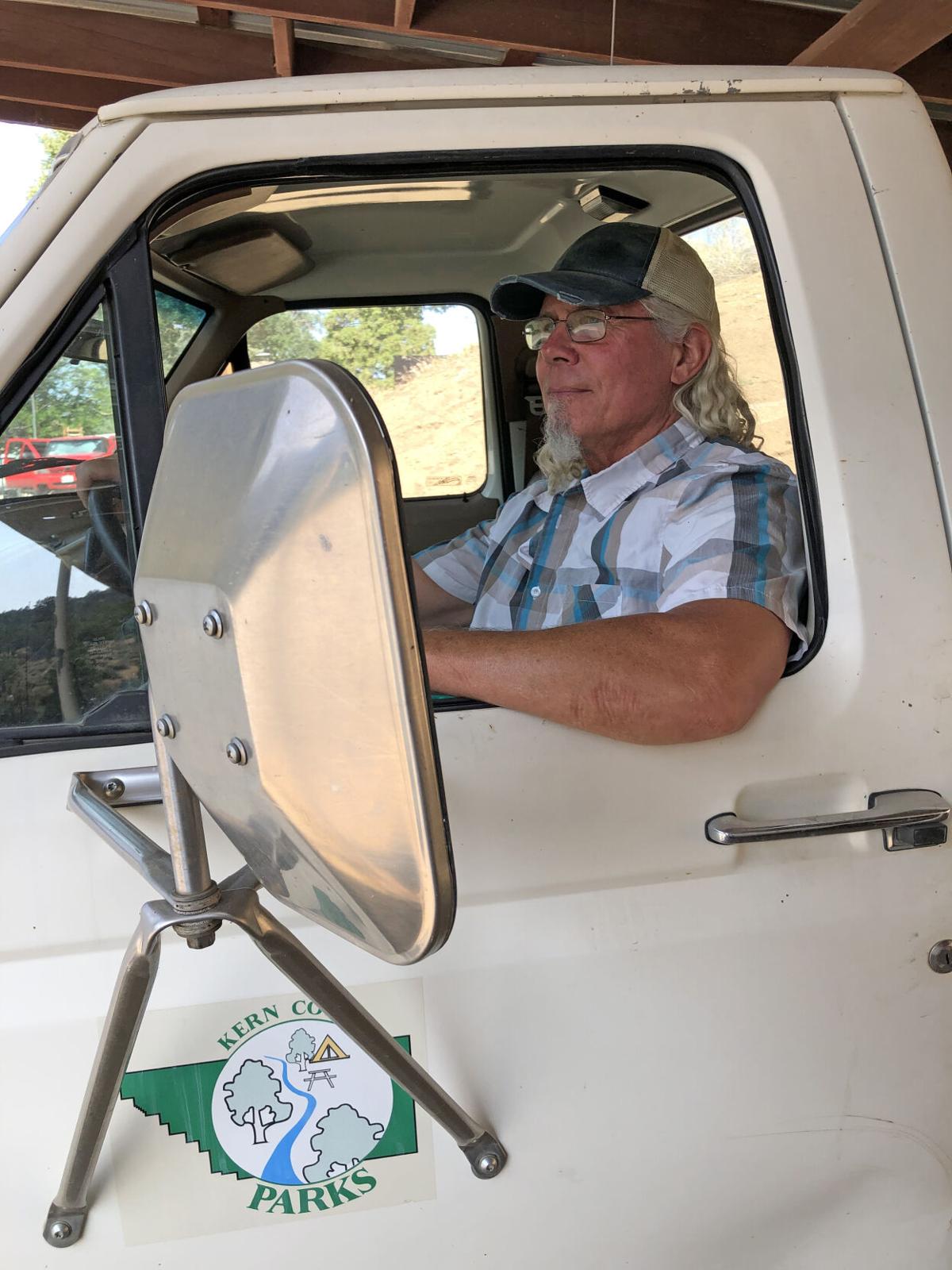 Stu Etherton has been patrolling Tehachapi Mountain Park for 33 years. 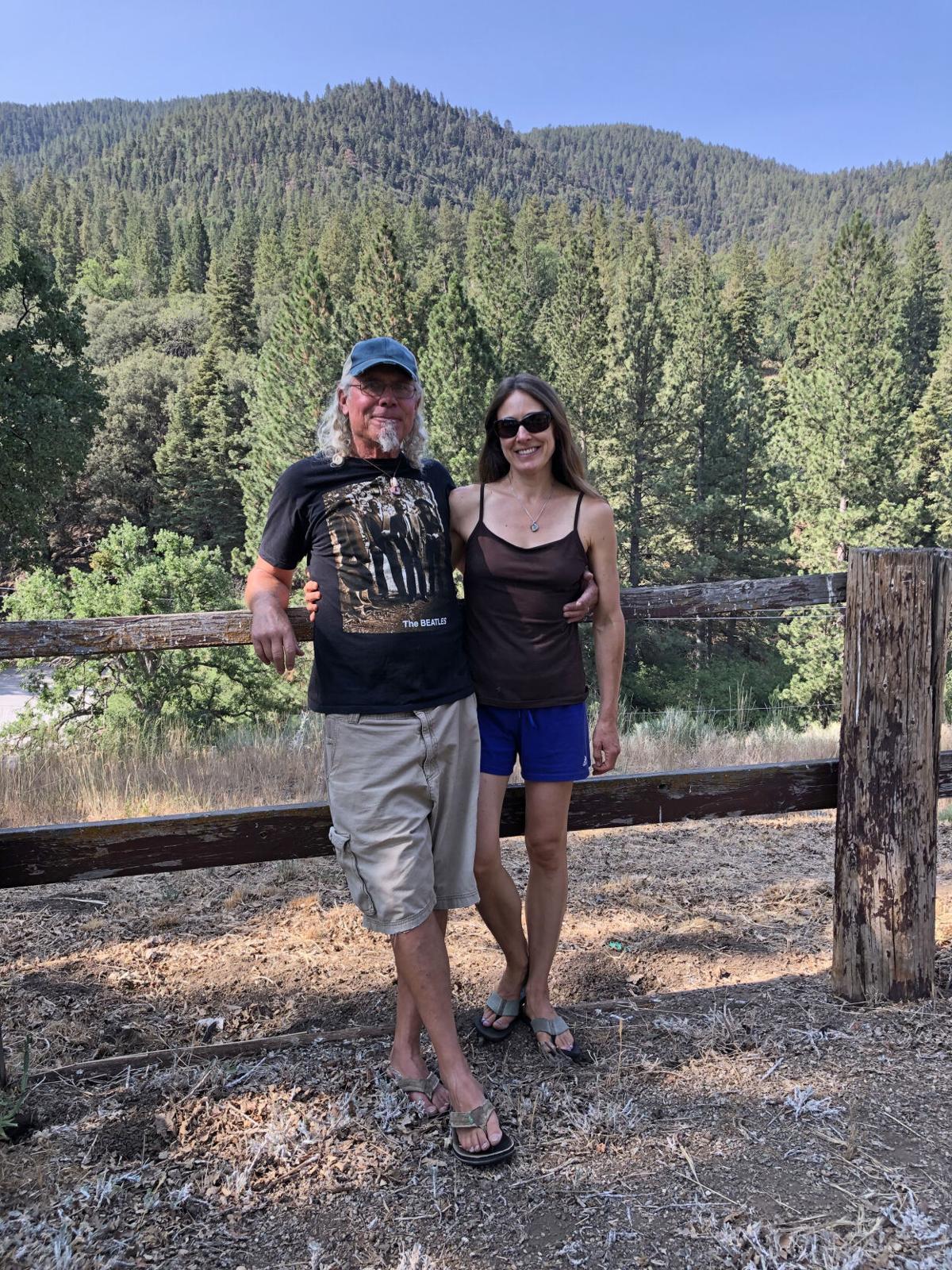 Stu and his wife Ally with Mountain Park in the background. 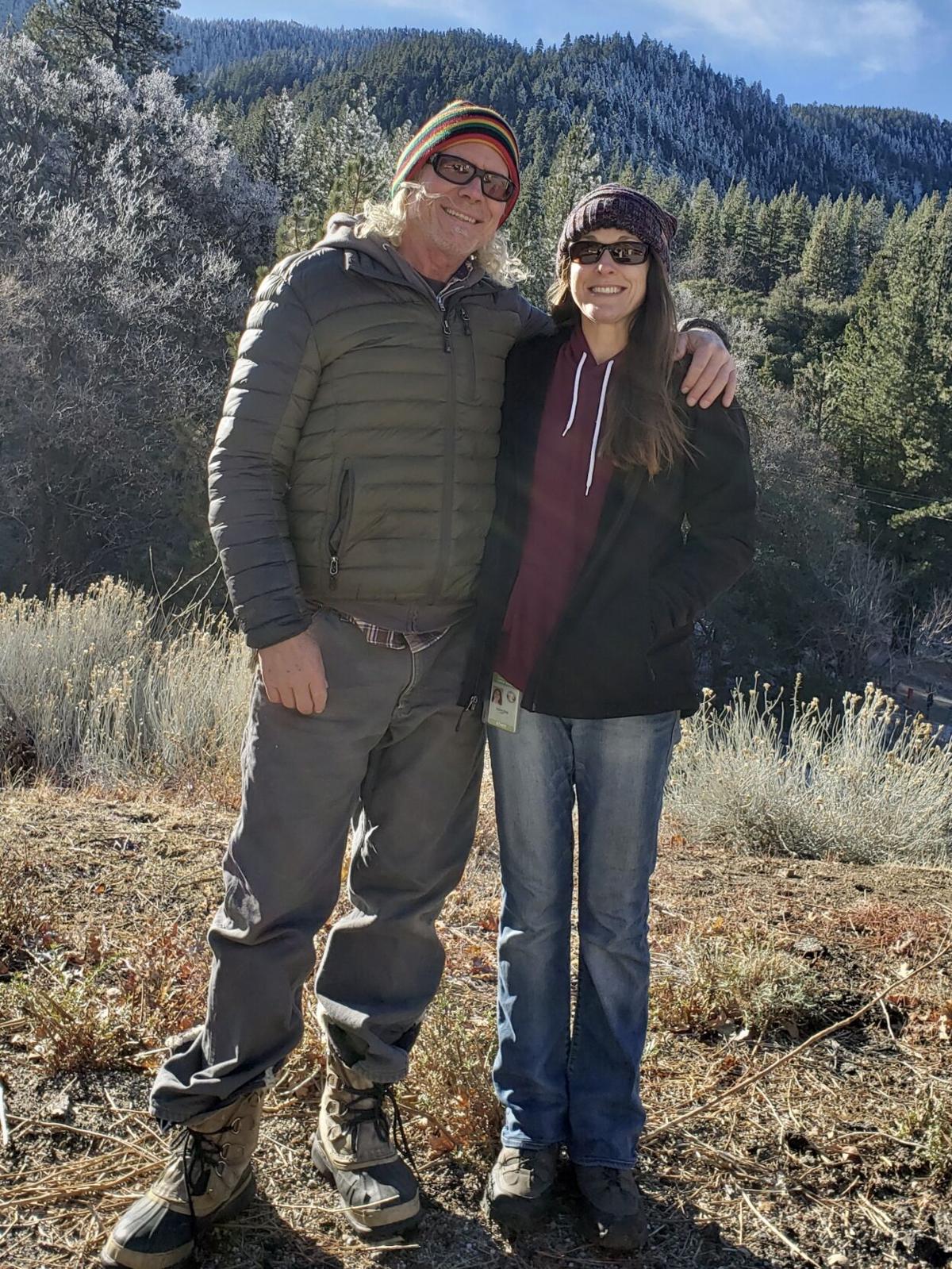 Stu and Ally at the park. When Stu was injured in a bicycling accident two years ago, Ally took over his caretaking duties at the park during his six-month recovery.

Stu Etherton has been patrolling Tehachapi Mountain Park for 33 years.

Stu and his wife Ally with Mountain Park in the background.

Stu and Ally at the park. When Stu was injured in a bicycling accident two years ago, Ally took over his caretaking duties at the park during his six-month recovery.

It is the end of a long era at Tehachapi Mountain Park: Stuart Etherton, the caretaker there for the past 33 years, has turned in his keys and patrolled the park in a Kern County truck for the last time.

Affectionately known by many as "Ranger Stu," though his official title has always been "caretaker," this affable man has been a familiar and welcoming presence at the 500-acre county park for more than three decades.

Stu has now retired and he and his wife, Ally Gray, have accepted a caretaking job at a private ranch up in Humboldt County, where three out of four of Stu's sons live, and have left the Tehachapi area to begin a new chapter of their lives.

Stu was first hired on as caretaker at Mountain Park in 1988, taking over from longtime caretaker Wallace "Wally" Turner and his wife, Ruth. Stu was born in Jacksonville, Fla., and lived in Indialantic, Fla., until he was 13, when his family moved to Marshall, Mich., where he went to high school. He then went to Albion College in Michigan, and moved to California after graduating from college in 1980.

Stu had married Jean Smith, a Tehachapi girl, and they returned to her hometown for Stu to take the caretaker position. The job includes living in the caretaker house near the entrance to the park.

While living and working in the beautiful surroundings of Tehachapi Mountain Park seems like a dream job, and often was in many respects, it could often be demanding, as Stu quickly learned.

If all the campers behaved themselves, there would be few problems. But unfortunately that wasn't the case. Over the years Stu has had to deal with some nightmare visitors, as well as complaints from some campers about the noise and antics of other people using the park.

While Stu always tried to defuse situations with his calm demeanor and easy-going approach to life, there have been times when law enforcement had to be called. Other times there have been medical emergencies, when visitors injured themselves or experienced a health crisis.

While not officially a 24-hour a day job, because the caretaker house is at the park, Stu was basically on call whenever he was at home because people would naturally come to the house for assistance.

This was especially true in earlier years before the advent of cell phones. Now people can be more self-resourceful with their own cell phone, though reception is usually intermittent in the park.

Times when it snowed were some of the most hectic at the park, when people from outside the area would flood the place in order to play in the snow. Most were simply families wanting to give their kids a chance to enjoy some rare Southern California snow, but cars would get stuck, the road would get clogged with vehicles and too many people would leave behind trash.

Now the Kern County Sheriff's Department tends to close Water Canyon Road to non-residents following a snowstorm, and the snow play problems at the park have largely been alleviated.

Stu has had to deal with animals at the park too, including raccoons scattering trash, and in more recent years, the presence of black bears, but wildlife has generally been one of the joys of the job.

Over the years Stu has had the temporary working assistance of many local residents, since Mountain Park is one of the locations where people with misdemeanors have been allowed to do work release or perform community service hours. With Stu's laid-back personality and respectful disposition, as well as the pleasant surroundings of the forested park at an elevation of 5,000 feet, getting to do your community service work at Mountain Park has long been the first choice of people who found themselves in that position.

Stu and his first wife had four boys — Cody, Camran, Tanner and Tyler — who were largely raised at Mountain Park, enjoying the open spaces of their mountainous home. There were years when there always seemed to be a crew of little blond-haired Etherton boys playing around the caretaker house.

Now after 33 years, handsome and likeable Stu Etherton has moved on from his career as Man on the Mountain. We will miss him, but he is loved and we are grateful for his decades of good-natured stewardship at our cherished Tehachapi Mountain Park. Good luck, Stu and Ally!