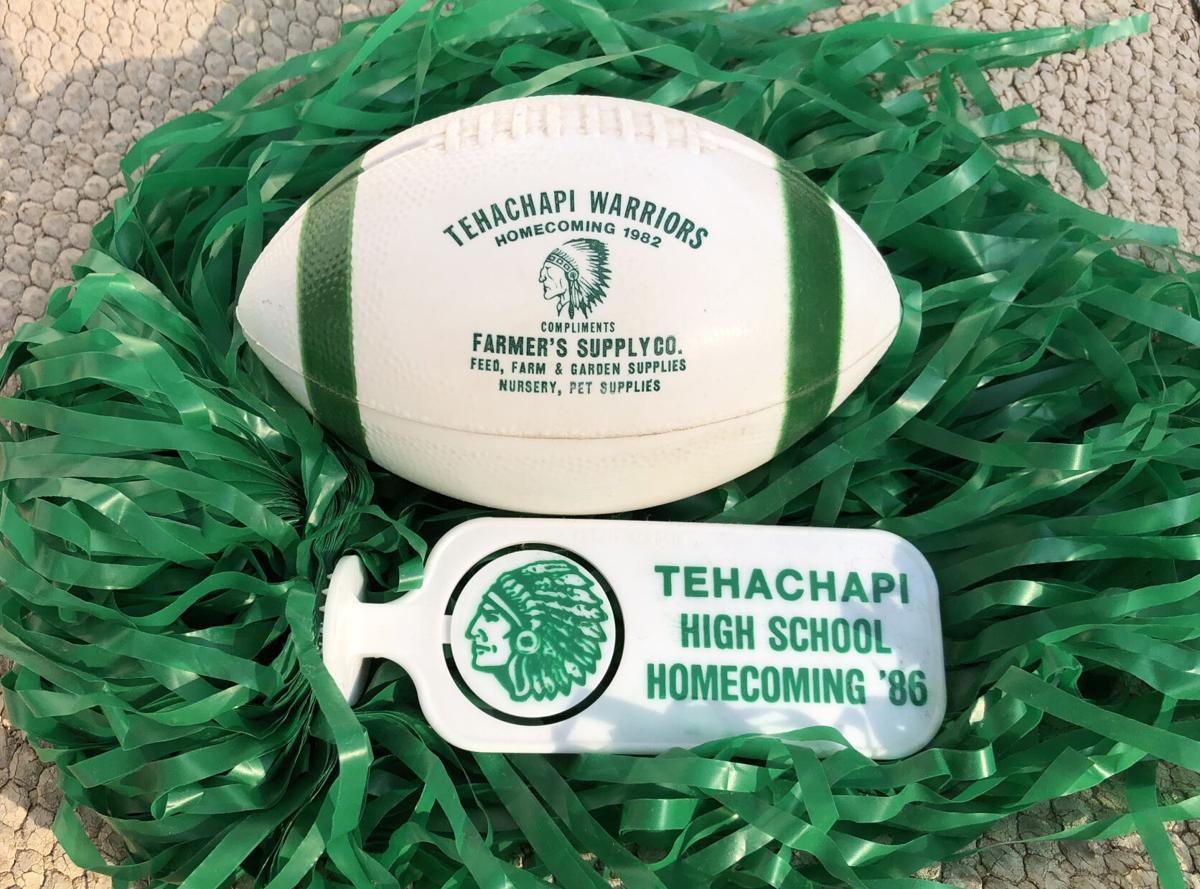 Souvenirs from earlier THS Homecoming celebrations include a miniature Warrior football and pompoms. 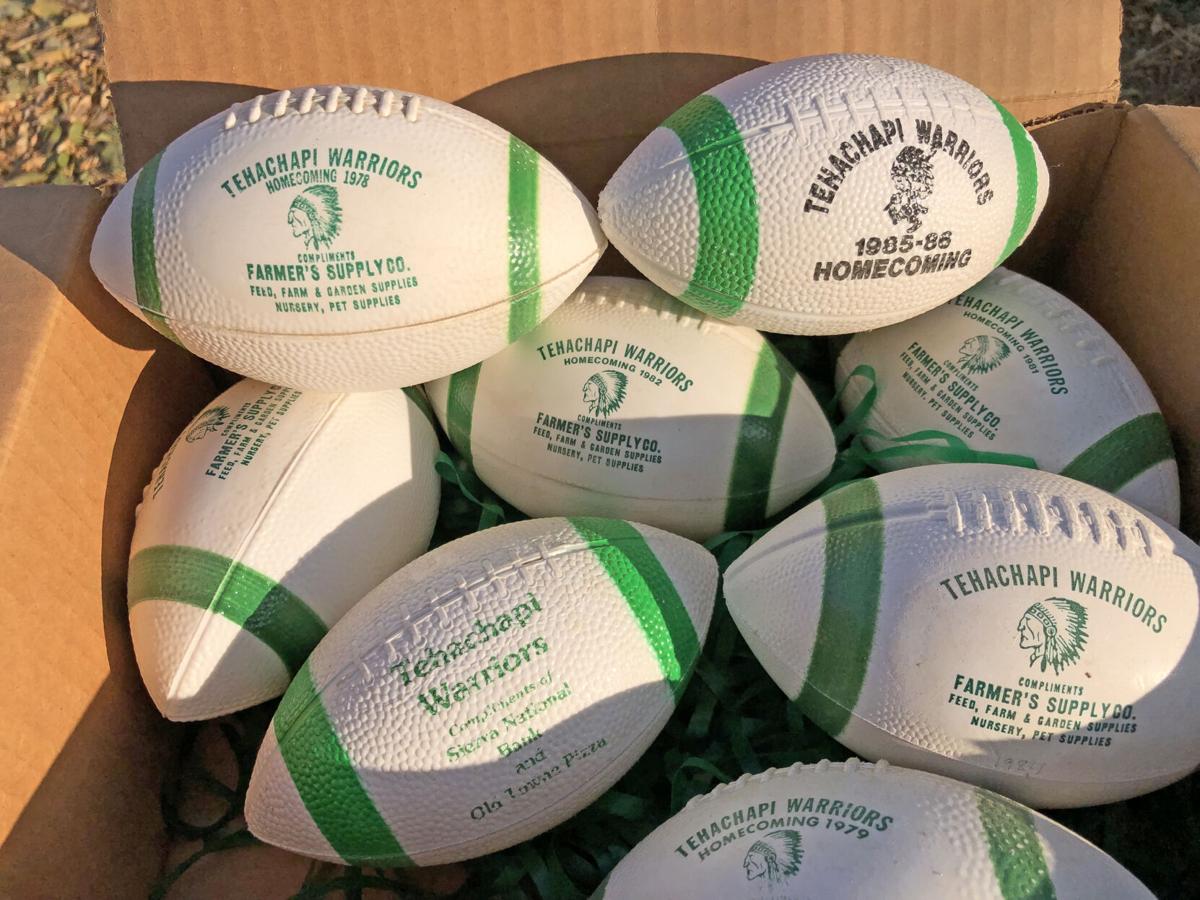 I have an assortment of the giveaway footballs from Homecomings past. 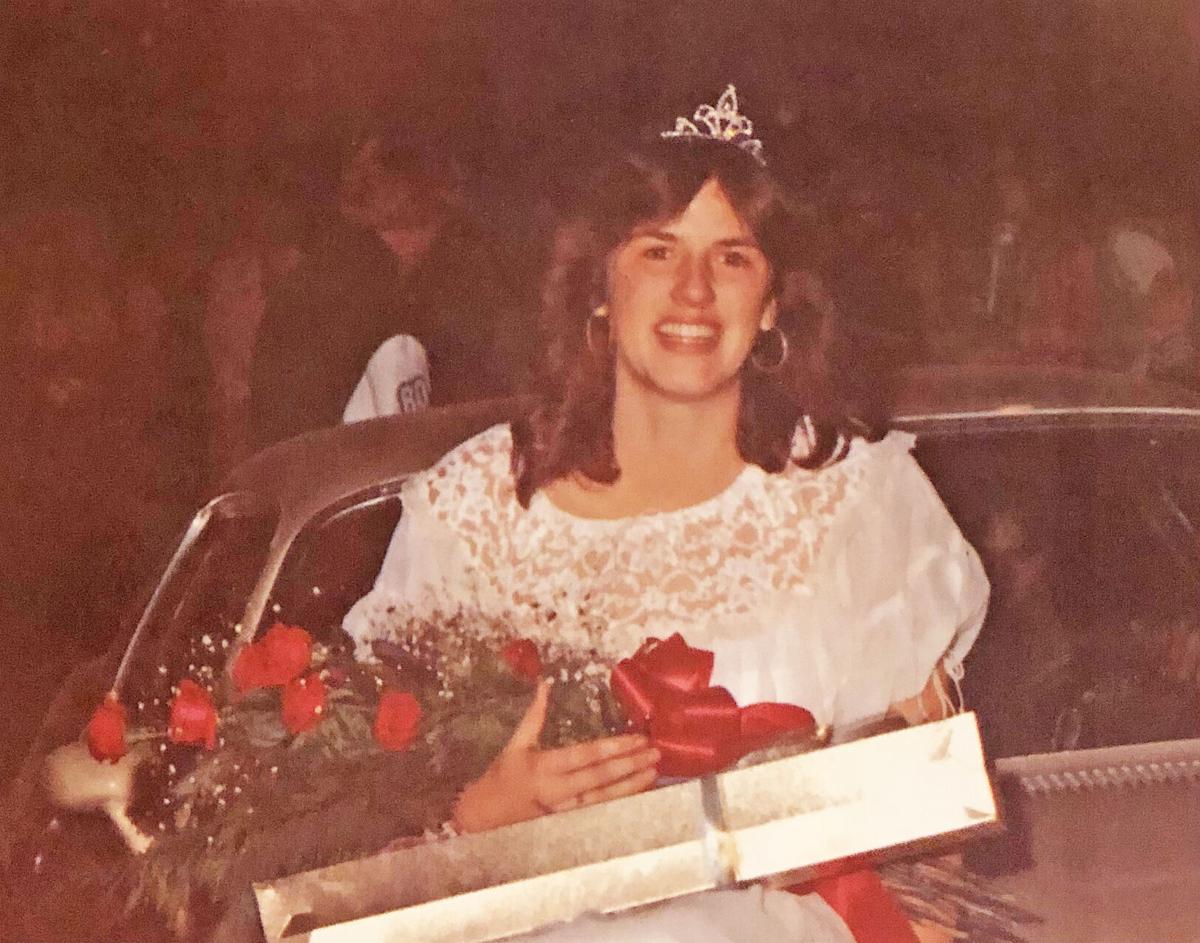 Part of a long tradition, Wendi Henderson was the Tehachapi Homecoming Queen in 1979. 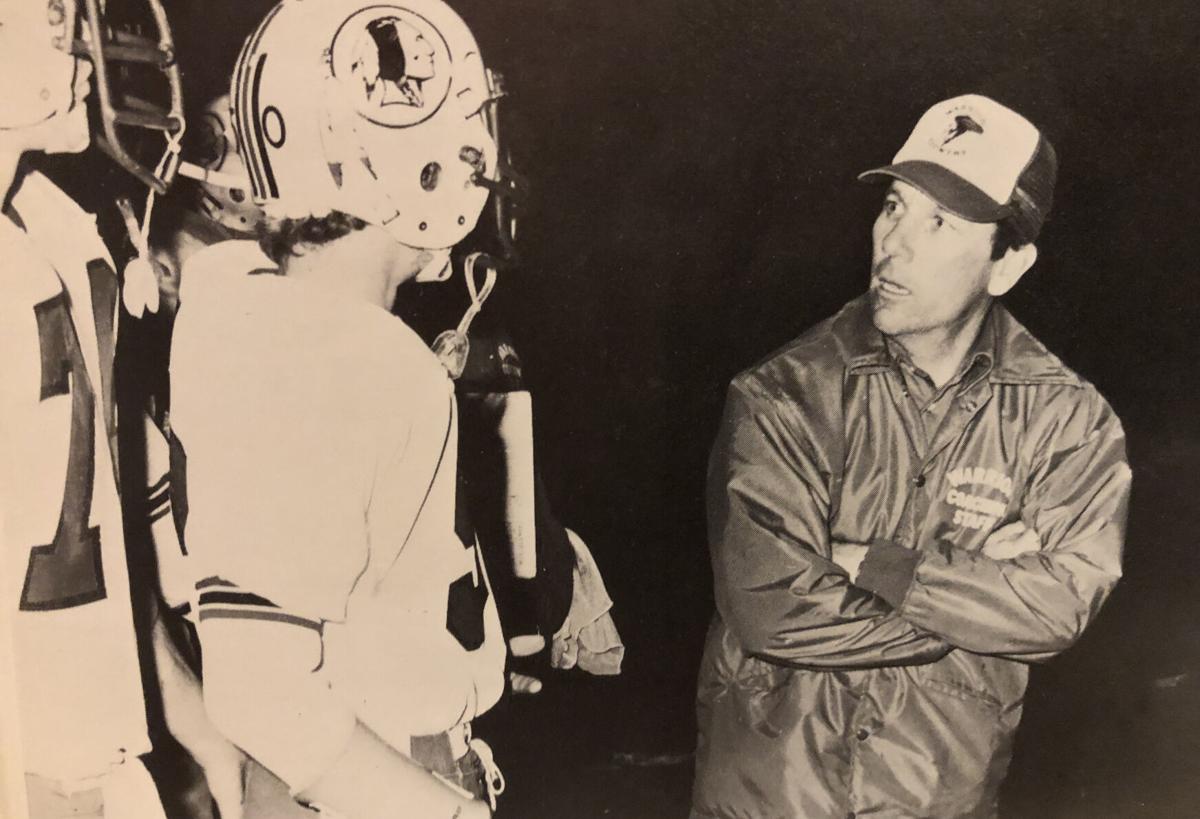 Legendary THS coach Gary Ogilive and some of his Warrior players on the sidelines of a game.

Souvenirs from earlier THS Homecoming celebrations include a miniature Warrior football and pompoms.

I have an assortment of the giveaway footballs from Homecomings past.

Part of a long tradition, Wendi Henderson was the Tehachapi Homecoming Queen in 1979.

Legendary THS coach Gary Ogilive and some of his Warrior players on the sidelines of a game.

This week is Homecoming Week at Tehachapi High, hopefully culminating in the football game on Friday night and a dance on Saturday night. Those school traditions seem to have had their origins as early as the 1930s at THS, and have evolved in the ensuing decades.

The week typically involves various mostly-friendly competitions among the different classes, including hall decorating, float creating for the Homecoming Parade, etc. Past versions of class competition included a rope tug of war, actually conducted with a muddy pit and students, dressed in shorts, who got covered with mud. Some of the more gladiatorial Homecoming competitions have been phased out.

There also used to be an enormous bonfire each year, usually held on Wednesday or Thursday evening and open to the community. It was another chance for class rivalry, as the different grades competed to see which one could supply the most scrap lumber, tree branches, tumbleweeds, etc. The big blaze would light up the sky overhead, and I remember feeling the heat from 100 feet away.

The bonfire tradition was ended, primarily for safety reasons, many years ago. It's hard to imagine it now, especially when we've been having to deal with bad air quality day after day as a result of California's many giant wildfires. Deliberately creating fire and smoke no longer seems as appealing as it did in those earlier days.

Friday has always been the biggest day of Homecoming events. That was when the Homecoming Parade, consisting of assorted floats jammed with exuberant teenagers, would make its way through town. This year, the pandemic continues to exert its malign influence and has apparently led to the scrapping of the parade, but hopefully it will be back next year. It's always fun to see what the creativity of youth produces in designing the various floats.

Friday evening is full of activity, with the football game and the crowning of the Homecoming King and Queen.

As a little kid growing up in Tehachapi, I always loved going to the Homecoming game. One of the highlights for youngsters was the tossing of the commemorative footballs. These were little white plastic footballs with Warrior green rings around them and green lettering.

The footballs were usually donated by Farmers Supply, a legacy Tehachapi business that supplied feed, seed, chicks, plants, etc. It was owned by Bob Gassaway, and I used to love going there with my Uncle Henry, and seeing his friend L. E. Sanders, a fine, fine Tehachapi man who was always friendly and engaging. Farmers Supply is now called Mountain Garden Nursery, owned by the knowledgeable Rick Gillies.

The souvenir footballs were kept in big cardboard boxes by the sideline fence and carefully guarded. When the time came, cheerleaders would toss them out to fans and hordes of eager kids. I usually managed to score one of these prized mementos, and I can remember the sense of elation as I would run away from the pack of people, successfully clutching my own small football.

As a Tehachapi kid attending home football games, you go through stages over the years. At first, when you're really little, you have to stay with your family in the stands. As you get older, you graduate to some unsupervised status, and you can make trips to the snack bar or run around with friends in the grassy area along the track, just north of the football field itself.

That feels like freedom, and the lush, spongy green grass would seem vast and inviting. Kids of different ages mingle in their own little groups, the younger ones running around and playing while still subtly observing the older ones, who were mostly too cool to run anymore.

I remember being a small boy and marveling at the Homecoming events. The Homecoming Queen candidates, with their long pretty dresses, were like Disney princesses to me. They would be ferried slowly around the track, each of them riding on the hood of a Corvette driven by its owner. These American classics, often with metallic paint, looked like some of my Hot Wheels cars had somehow enlarged into real vehicles as they became carriages for the girls.

To a little kid, the football players themselves seemed like not just THS Warriors, but actual warriors, doing battle on the field. I loved to see the players in their Tehachapi uniforms burst through the paper banner held by cheerleaders at the start of the second half.

In truth, there has been plenty of heroism on Coy Burnett field over the years. It takes toughness and courage to spend two hours outside in a full contact sport, in cold Tehachapi weather that can be so bitter that people don't even like walking from their car to the house. And there have been some incredible runs, throws, catches, and other displays of athletic prowess over the years.

Legendary varsity coach Gary Ogilvie, and his also legendary successor Steve Denman, would stalk the sidelines during the game, the epitome of focused intensity, like a general in an epic conflict. Barking orders (calling plays), conferring with fellow coaches, trying to use every possible strategy and resource, inspiring players to deliver a victory to the cheering hometown fans, sometimes in wind, fog, rain or even snow. It was a dramatic spectacle for a Tehachapi youngster to witness.

I eventually got older and became a THS student myself. As a freshman, I even was part of the Homecoming Court, dressed up in a suit and tie and providing a steadying arm to princess Tami DeMontmorency as she walked onto the grassy field in high-heeled shoes for the halftime ceremony. Of course the freshmen never won (who would vote for a freshman to win?) but it was still fun to participate.

I wish for a fun and positive Homecoming Week experience for all of the current crop of THS students. It is in many ways a throwback to an earlier, more innocent time in American culture. I hope our 2021 teenagers can enjoy it without being too jaded or cynical.

Oh, and I did happen to get another chance to join the Homecoming Court when I was a senior. When they announced the Homecoming King, and I heard my name called, I smiled slowly and in my mind I turned toward the north end of the football field where little kids ran and played. One of them paused and stared, and I momentarily locked eyes with the 6-year-old version of me, who looked back in a mixture of wonder and surprise before disappearing. . .