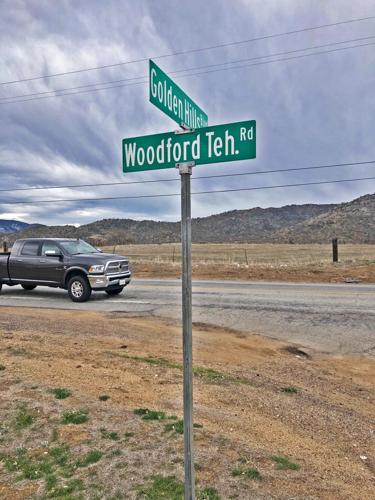 Woodford-Tehachapi Road leads from the Tehachapi Valley down to the community of Keene. 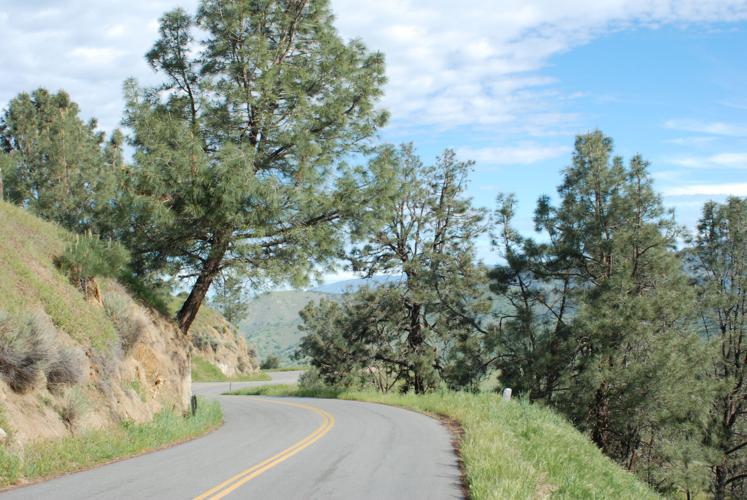 Grey pines frame the roadway as you begin descending down the hill towards Keene. 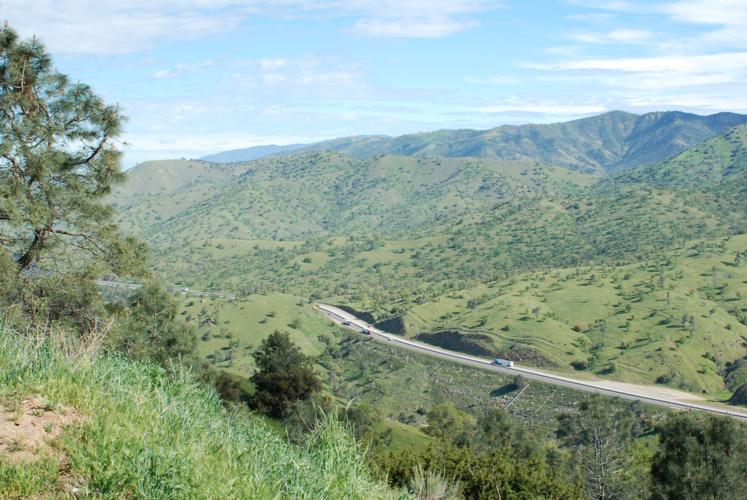 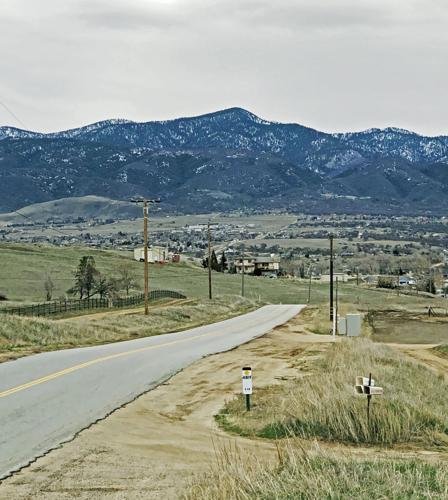 Tehachapi Peak is visible in the distance when you first enter the Tehachapi Valley on the Woodford-Tehachapi Road.

Woodford-Tehachapi Road leads from the Tehachapi Valley down to the community of Keene.

Grey pines frame the roadway as you begin descending down the hill towards Keene.

Tehachapi Peak is visible in the distance when you first enter the Tehachapi Valley on the Woodford-Tehachapi Road.

One of the oldest roads in the Tehachapi area is a two-lane ribbon of asphalt that winds its way through the mountains between Tehachapi and Keene. Just 11 miles long from end to end, this 160-year-old route carried wagons, buggies and horseback riders for three decades before the first cars arrived shortly after 1900.

This is Woodford-Tehachapi Road, often referred to as "the back road to Keene." In times past, roads were often named for the two destinations they linked — hence Woodford-Tehachapi Road, Tehachapi-Willow Springs Road, and Caliente-Bodfish Road, which some call "Cal Bodfish Road," since that's what the county appears to call it, only because the full word "Caliente" won't fit on road signs.

I prefer to drive this road starting in Tehachapi, since the westbound, outside lane gives a more panoramic view as you descend. The roadway starts at the western side of the Tehachapi Valley and heads straight, mostly to the north initially. It used to be more curved during its earlier days, but was straightened to make it safer.

Woodford-Tehachapi Road is the main route that West Golden Hills residents use to get to and from their homes, and there are multiple lateral roads that connect both to the west and east sides.

Once it reaches the far northwest corner of the Tehachapi Valley, the road seems to pause for a moment to take in the view, then it plunges down toward Keene. At this point, busy Highway 58 is visible several miles away across the canyon, with cars and trucks looking like toys from a distance.

In its earliest days, which apparently was in the 1860s, the road carried not just horses but occasionally teams of oxen, which were used for the heaviest loads of materials like logs, lumber, etc. I like to imagine teams of four, six, or even eight gentle oxen making their way slowly up and down the road in the 19th century.

Woodford-Tehachapi Road curves and turns as it heads downward, hugging the side of the slope. In some places there is a rather substantial drop-off on one side of the road and a cut-away embankment on the other. The roadway arcs past boulder outcroppings of tonalite and granite, with gray pines and blue oaks that mingle on both sides of the road.

Newer residences, often built by train enthusiasts who love living in close proximity to the storied Tehachapi railroad, are scattered here and there and accessed by dirt driveways that dip away from the road with little warning.

Woodford-Tehachapi Road was the first street in the Tehachapi area to be paved. The late Dottie Fritz Marble, who grew up on Old Town Road, told me that she was so excited in 1932 when, as a young girl, she learned that Woodford-Tehachapi Road was going to be paved. She had an aunt who worked in a roller skate factory in Connecticut and always sent Dottie roller skates as presents, but there was no place in Tehachapi to use them.

When Woodford-Tehachapi Road finally got paved, Dottie and her brother carried their skates with anticipation and walked from the family farm, called the White Feather Ranch, up to the road. Once they got there, they were greatly disappointed to learn that the "paving" consisted of little more than oiled gravel, which was still far too rough to be usable for old-school roller skates with clay wheels.

As you continue down the hill on Woodford-Tehachapi Road, the terrain gradually grows a little flatter and more open, though the road still curves and winds. At seven miles down, you reach the famed Tehachapi Loop and associated historical monuments. This location now conveniently includes the recently-completed viewing platform.

Drive a little farther and now the road and the railway, which was once far below, are now about at eye level. You begin to encounter a sprinkling of houses that are considered part of the community of Keene. "Where's Woodford?" you wonder to yourself.

Well, a local ranching family was named Woodford, so Southern Pacific decided to call their depot and siding Woodford instead of Keene, out of concern that there could be confusion in railroad orders between Keene and an existing siding on the San Joaquin Valley floor known as Kern Tower.

The Woodford Depot was sadly torn down in the early 1970s. As you approach its former location, you pass a yellow house that used to be the Keene School, and around the curve is a red house that used to serve as the Keene Post Office and the home of Doug and Shirley McClain. Both of these are now private residences.

A little farther and you come to the county transfer station, a collection of dumpsters where Keene residents can deposit their trash. This level area is the approximate location of the Bear Mountain Cafe, a small restaurant where 17 people sheltering inside were swept to their deaths by a flash flood in September 1932. Only one person inside survived, by clinging to the upper branches of a sturdy tree.

Then you pass under a freeway bridge overhead and find yourself on the north side of Highway 58 for the first time. Just past the bridge is the entrance to the National Chavez Center, which was once home to the Stoneybrook Tuberculosis Sanitarium.

Another mile or so farther is the current Keene Post Office and the Keene Store. It makes a nice drive on a pleasant day to head down Woodford-Tehachapi Road, have breakfast or lunch at the Keene Cafe, and then jump on the Highway 58 for the 10-minute drive back to Tehachapi.

Woodford-Tehachapi Road is a scenic and historic road that has carried people to and from the Tehachapi Valley since the 1860s. I'm glad that this usually sleepy road still flows its winding course through the Tehachapi Mountains. . .