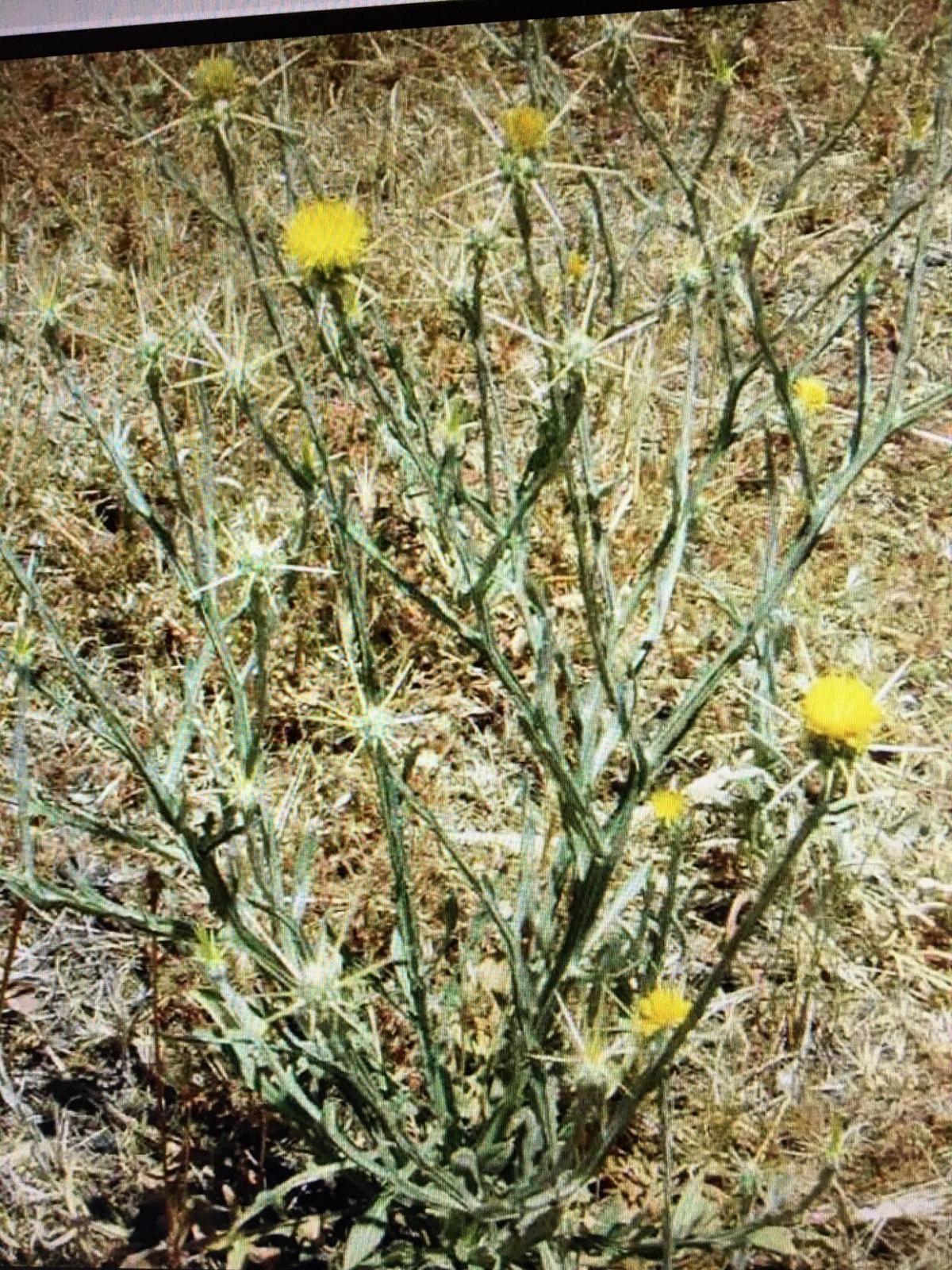 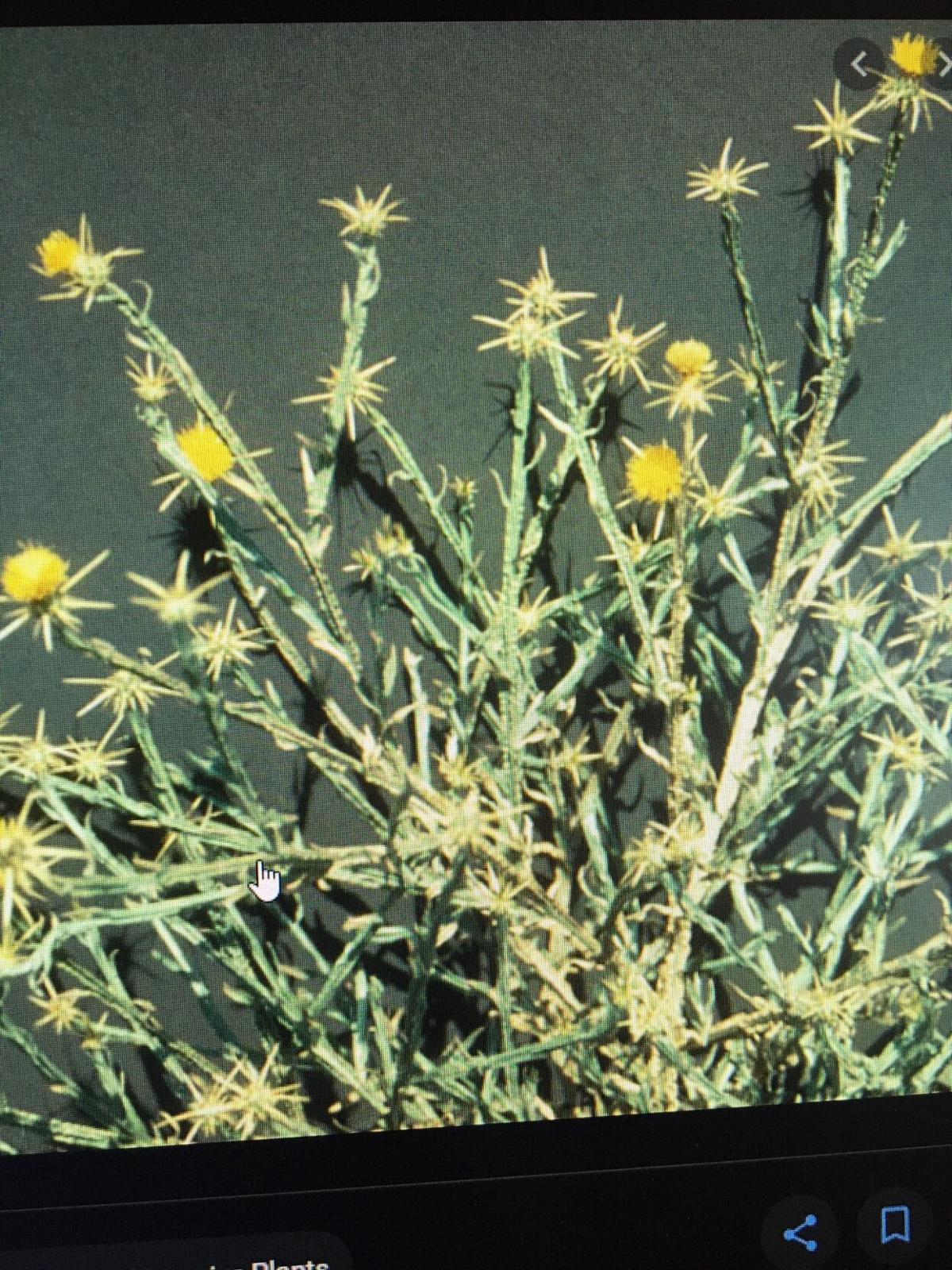 A very obnoxious weed with a pretty name is the Yellow Starthistle. This scourge on the land of the western U.S. was discovered in the Tehachapi area and Bear Valley Springs in 1990 by Chuck McCollough (founder of Triassic Legacy Winery).

In Northern California, the YST is out of control, wasting up to 15 million acres of range and farm land. We do not want it to get any more out of control here. This very invasive weed is unpleasant, as it has sharp needles around each flower, which neither man nor beast would walk into. It will out-compete native and other invasive plants and weeds, as it has a very deep tap root. It will suck the soil around it dry to a dangerous extent, possibly affecting the water table. Plants bolt and flower continuously throughout the summer months, requiring constant monitoring.

Before flowers appear, the YST may be removed by cutting it off at ground level — I find a shovel is easier than a hoe to accomplish this. The plant may be left on the ground. However, once flowers (seed) are present, the plant must be carefully disposed of: DO NOT place it in any green waste; instead, carefully bag it so as not to drop seeds (the flower), and place the bag in the trash. I recommend accumulating it on a tarp then placing it into a trash bag.

I encourage you to go on the internet to see pictures of YST at all of its stages, so that you can recognize it at its earliest stages on your property. For the earlier YST is identified, the easier it is to control. I have included a picture of a plant which you will commonly see from now throughout the summer, with some stems already flowered and others with the needles but without the flowers having developed yet. By this stage, it can only be removed by cutting it off at ground level.

Before many YST flowers appear, “Star Thistle Killer” is a clopyralid herbicide product that is appropriate for both pre-and post-emergent spray control. Or YST can be sprayed with a post-emergent such as 2,4-D (preferred) or Roundup. Once any flowers erupt, a much stronger concentration of the herbicide is required; and, when fully flowered, the plant can no longer be effectively controlled by spraying. Mark it with ribbons to spray the infestation with Star Thistle Killer next January for pre-emergent effect. Never mow or weed-whack YST, as the stem will be left and it will simply re-grow closer to the ground. And, if the plant is in flower, it will spread the seeds.

If you have any further questions, you may call Laurie Rude Betts at 821-1904.

Laurie Rude Betts is a resident of Tehachapi.