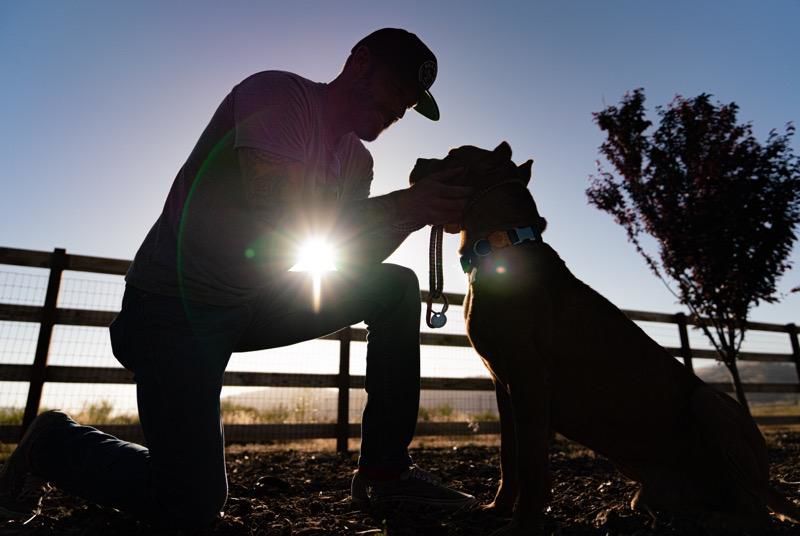 After he spent time with the rescued pit bull, Rick White-Pickett said he found Courage to be a lovable dog. 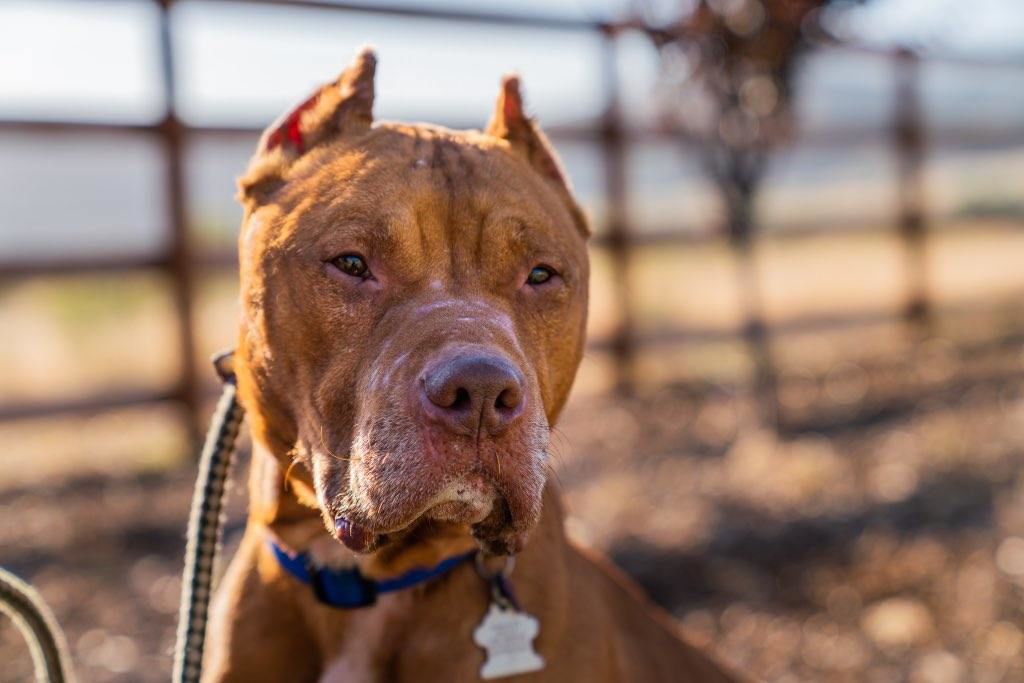 Courage, a full bread pit bull rescued from the streets of Cincinnati, Ohio, now resides at the Marley's Mutts ranch in Tehachapi. 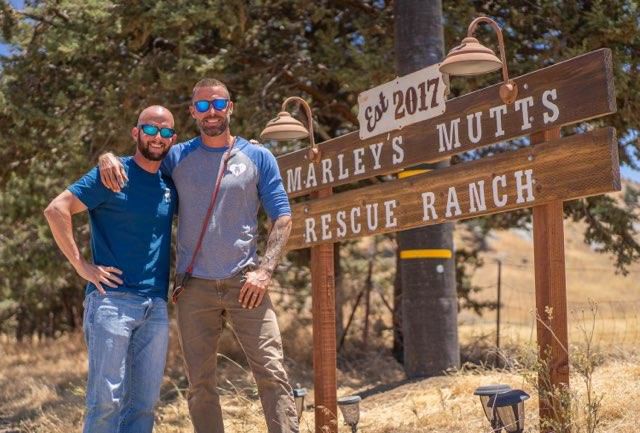 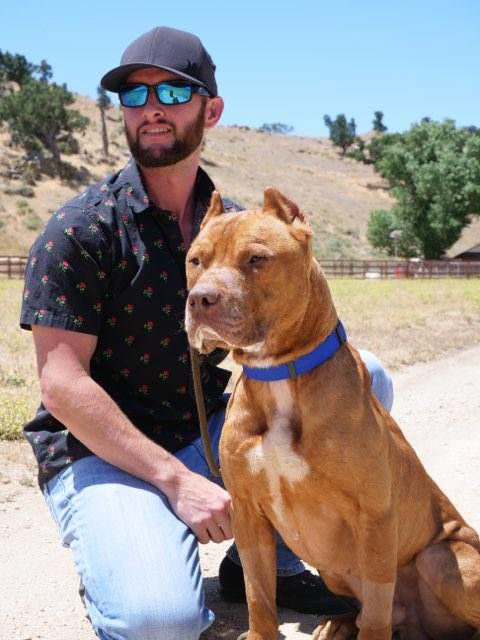 Rick White-Pickett spent time with Courage after the pit bull arrived at the rescue ranch. 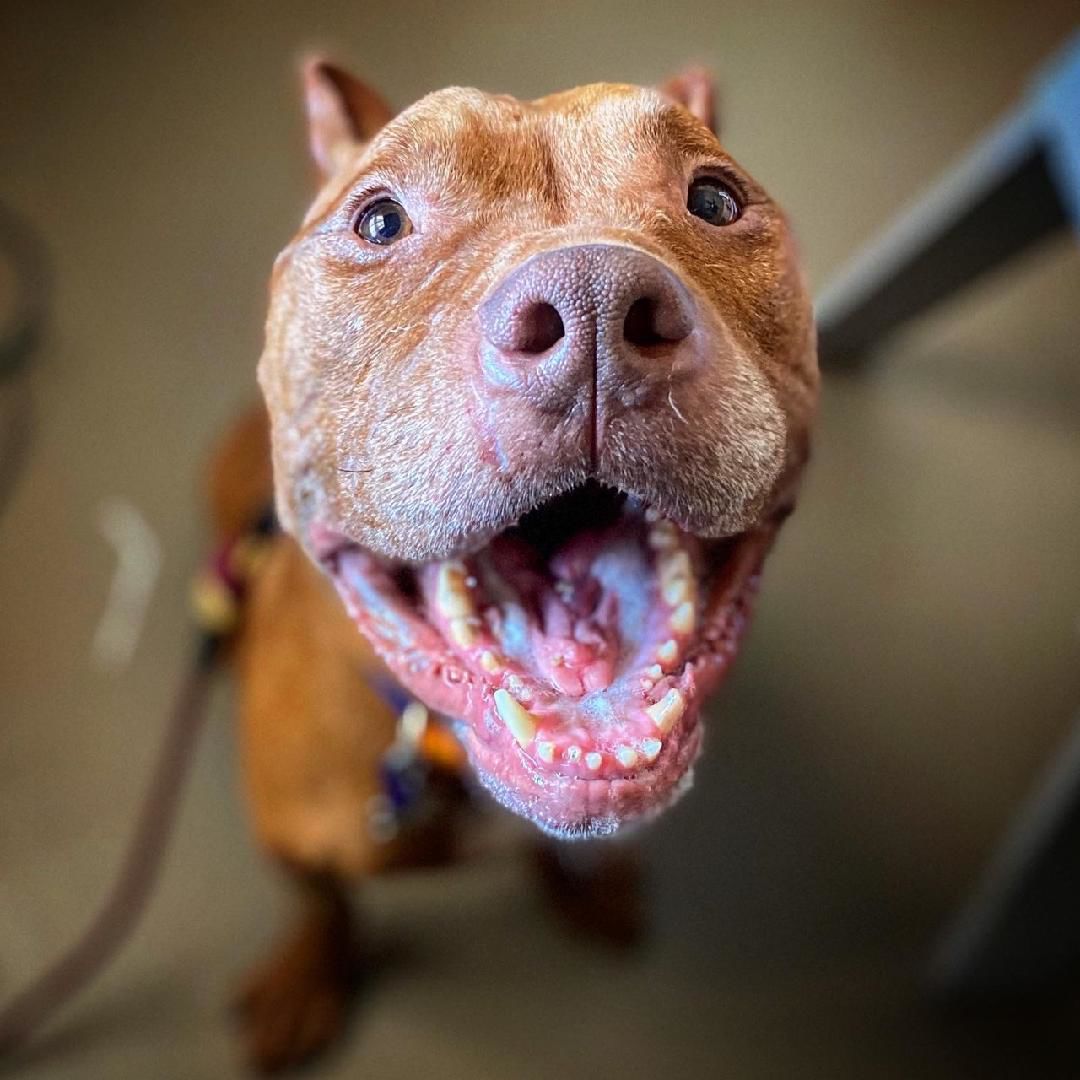 Rescuers believe that Courage was used as a fighting dog in Ohio, where the pit bull lost his tongue.

After he spent time with the rescued pit bull, Rick White-Pickett said he found Courage to be a lovable dog.

Courage, a full bread pit bull rescued from the streets of Cincinnati, Ohio, now resides at the Marley's Mutts ranch in Tehachapi.

Rick White-Pickett spent time with Courage after the pit bull arrived at the rescue ranch.

Rescuers believe that Courage was used as a fighting dog in Ohio, where the pit bull lost his tongue.

He was found wandering around the streets of Cincinnati, covered in blood and emaciated. The shelter that rescued the pit bull from certain death gave him the only name fitting for the dog with no tongue … Courage.

Courage is the second pit bull without a tongue to be sheltered by Zach Skow, founder of Marley's Mutts Rescue Ranch.

"A couple of weeks ago, I received an urgent email from a rescue in Cincinnati, Ohio, that had rescued a dog from a fighting ring," Skow said.

Tonya Martin and Jennifer Salatine, who operate Paws For Miles, a small rescue organization in Ohio, was contacted by another shelter in Cincinnati that found the pit bull wandering the streets.

Martin said it was discovered that Courage's tongue had either been removed or torn out in a fight ring.

"It was fresh at the time," Martin said. "He had blood all over him and bite wounds all over his face."

After taking the dog to a veterinary hospital, the veterinarian told Martin that the pit bull had never been outdoors since he had no fleas or ticks on him, prevalent in Ohio, and that his teeth were broken, most likely because he had been kept in a kennel and tried to bite his way out.

Martin was told that the pit bull had most likely been abandoned three weeks prior. He was 45 pounds underweight and could not eat or drink.

It was determined that the pit bull could be fed by making small meatballs of soft dog food and tossing them to him.

"He was so hungry, that we couldn't hand feed him. He was not capable of drinking at all, so he was on IV fluid for the first week around the clock," said Martin.

As a small rescue organization, Martin said Paws For Miles was not financially equipped to care for the dog without a tongue. Thinking it would have to be euthanized, Martin and Salatine decided to post a cry for help on their Facebook page. Someone suggested they reach out to Skow and Marley's Mutts.

The following day after emailing him, Skow answered Martin and asked her what she needed.

"I told him, 'We need money and we need you to come take this dog because we don't know how to keep him alive,'" Martin said. "He promised we would hear from him the following morning."

The next day Skow sent Martin a text: "We are all in," it said.

Said Skow, "Because of our experience with Hooch, our previous rescue who had his tongue cut out, we decided to step up and save this boy."

Skow flew to and met Martin and Salatine in Wichita to pick up the injured pit bull and drove him back to California, stopping every two hours to give him fluids and wet dog food by hand.

"It was a beautiful, bonding journey during which time he absolutely became a dog!" Skow said. "When we first rescued him, he was scared of absolutely everything and you could feel the trauma he had been through. You could not hold a phone in your hand or luggage or talk at a certain volume or move too quickly or do just about anything that can be interpreted as a threat."

After Skow and Courage arrived in Tehachapi, they received a visit by Rick White-Pickett, of Hawaii. White-Pickett is a Marine Corps veteran who has worked with problematic dogs, in particular fight dogs, for a some time. He first met Skow after the founder of Marley's Mutts helped him raise money to retrieve his own service animal.

After working with street dogs in Hawaii, White-Pickett said he started to build a reputation and became known locally as The Dog Whisperer.

Said White-Pickett, "I took those experiences and I applied them to Courage. Although he has a marked history, I don't believe we even know all the things that have happened to him. I put some time and energy into him, and he is going to be a great dog."

Although Courage is a lovable dog, White-Pickett said he didn't think he would be a good fit for families with other dogs or small children.

Said White-Pickett, "In the right hands, I think he will be on his way to healing."

According to Skow, Courage continues to live at the ranch and is thriving.

"The big worry was that he wouldn’t figure out how to drink, but he has learned and we are very excited!" Skow said.

For more information on Marley's Mutts, the animals they have rescued and those that are up for adoption, or how you can help support the rescue ranch, visit marleysmutts.org.