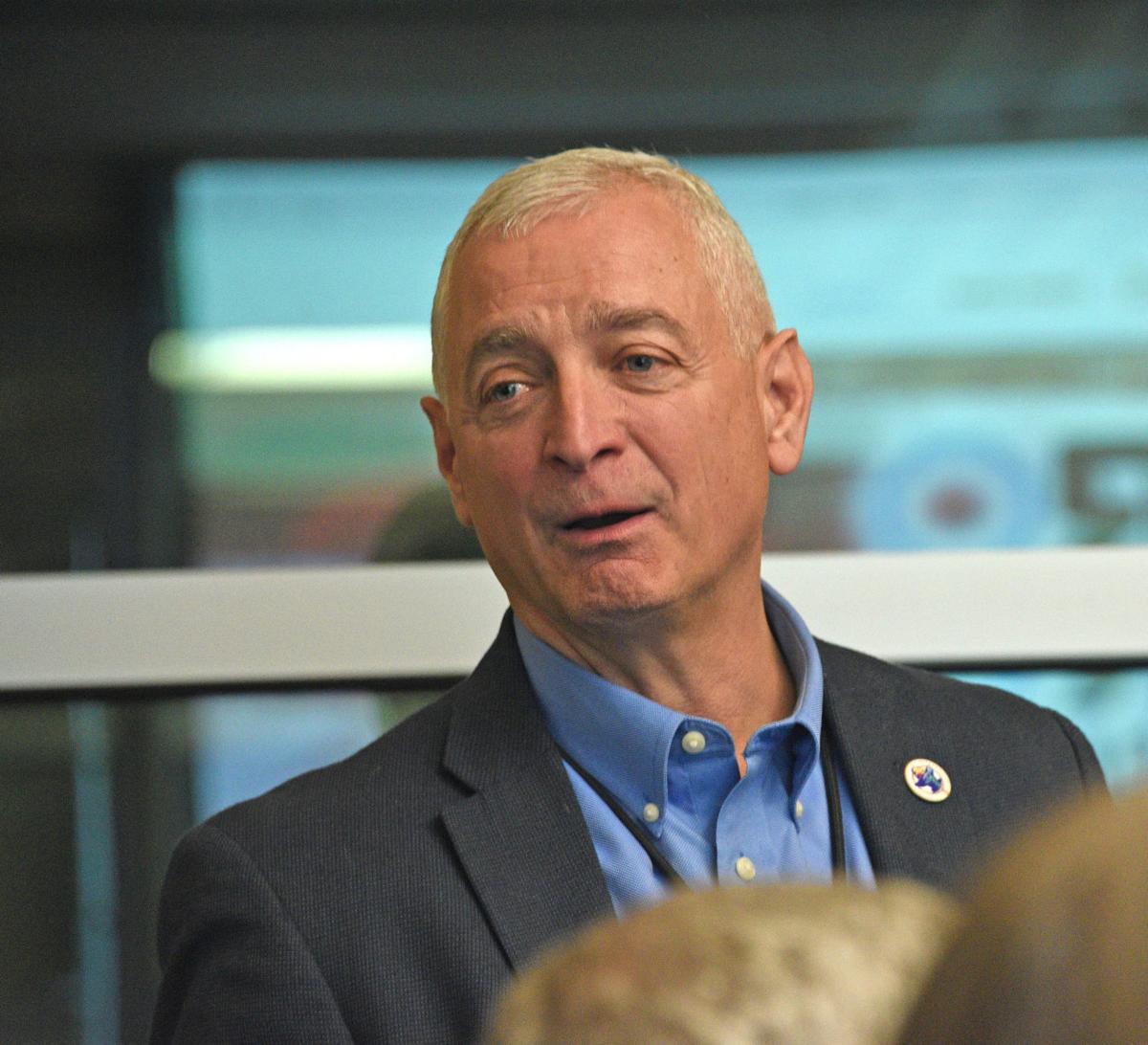 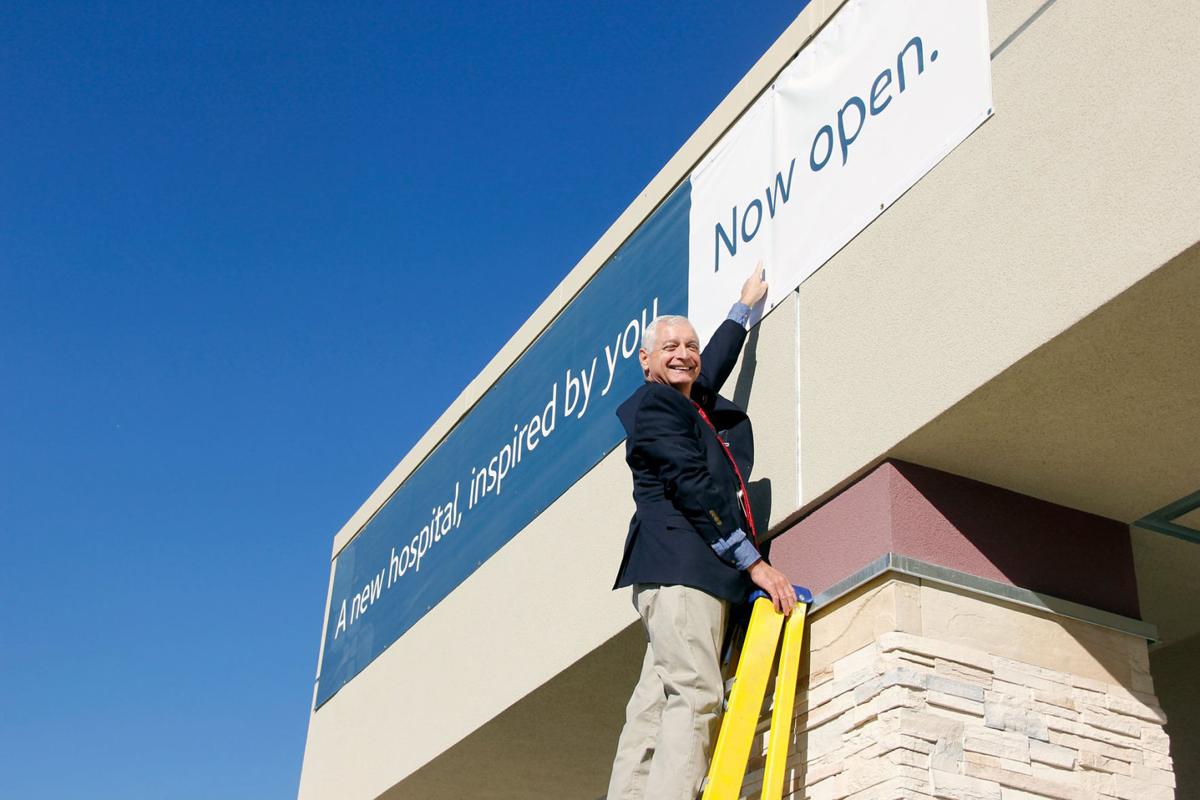 Jeff Lingerfelt, president of Adventist Health Tehachapi Valley, points to a sign announcing the hospital is now open in this 2018 photo. 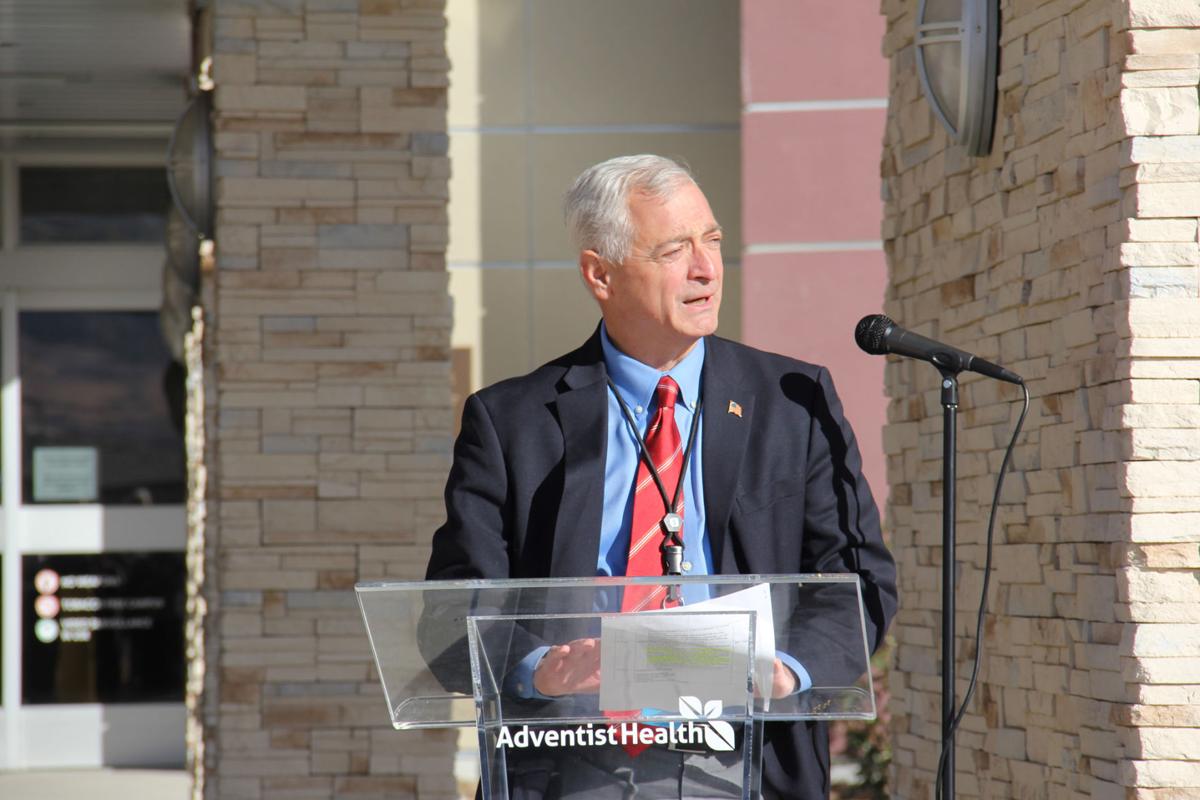 Jeff Lingerfelt, president of Adventist Health Tehachapi Valley, thanks the community at the ribbon-cutting for the new hospital on Nov. 13, 2018. 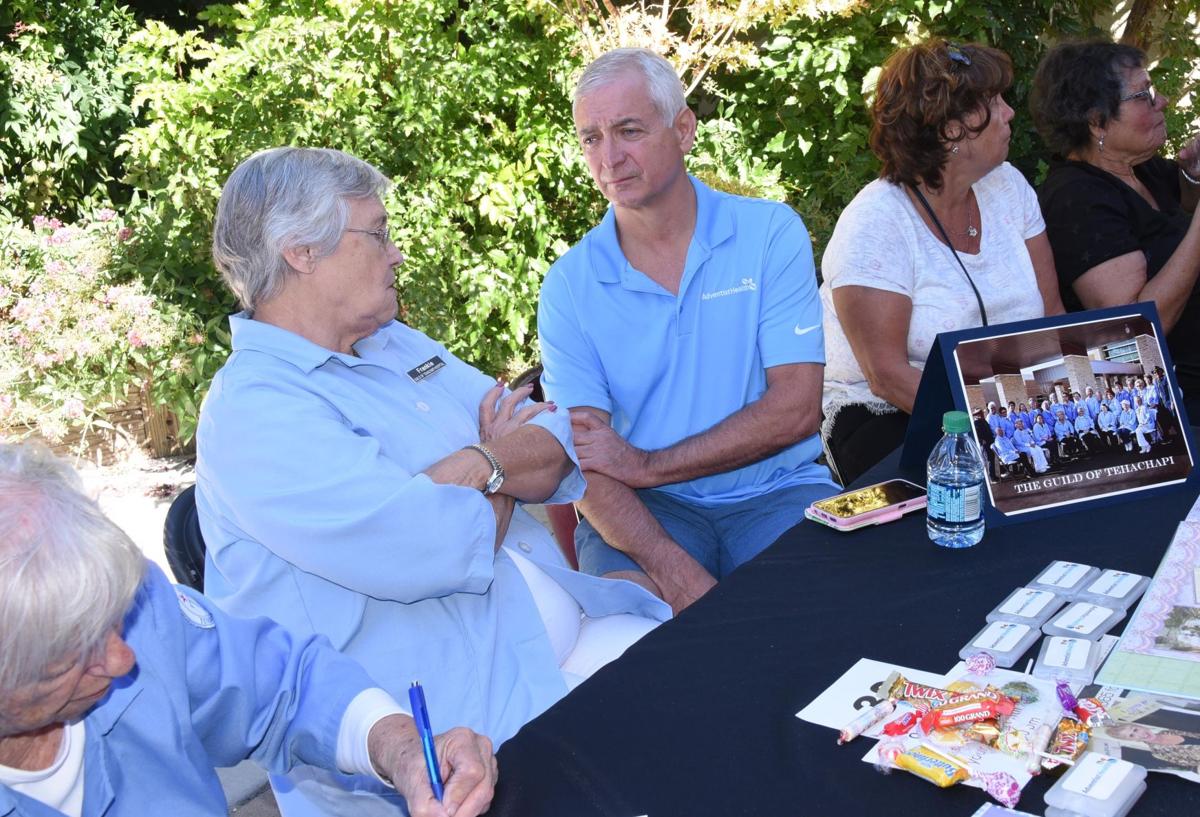 Adventist Health’s Jeff Lingerfelt took time to visit with members of the Tehachapi Valley Hospital Guild in this 2018 photo. 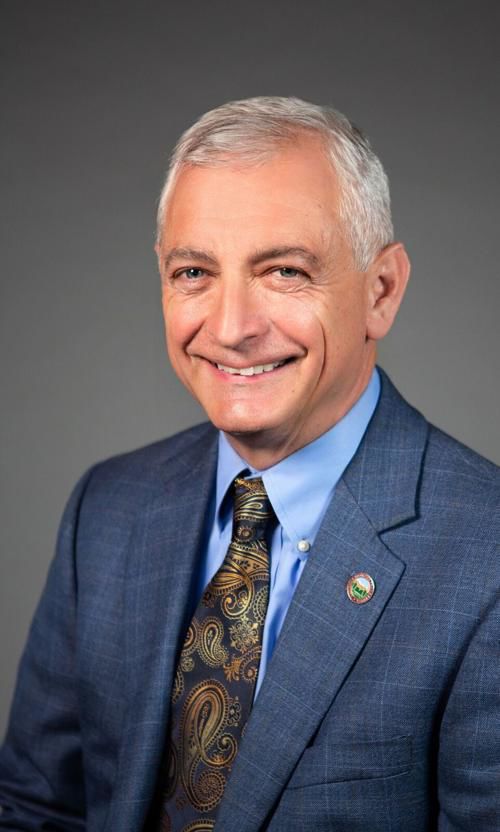 Jeff Lingerfelt, president of Adventist Health Tehachapi Valley, points to a sign announcing the hospital is now open in this 2018 photo.

Jeff Lingerfelt, president of Adventist Health Tehachapi Valley, thanks the community at the ribbon-cutting for the new hospital on Nov. 13, 2018.

Adventist Health’s Jeff Lingerfelt took time to visit with members of the Tehachapi Valley Hospital Guild in this 2018 photo.

He came. He organized. He kicked some butt.

In the three short years since he arrived in Tehachapi, Jeffrey Lingerfelt, president of Adventist Health Tehachapi Valley, moved mountains to get the state-of-the-art hospital facility finally open.

Now that the hospital is up and running in Capital Hills, Lingerfelt announced he will be moving on to lead another facility, Bath Community Hospital, in Hot Springs, Va. His last day at the hospital will be Aug. 7.

"It was the hardest decision of my professional life," Lingerfelt said in a telephone interview July 14.

Lingerfelt said he decided to make the move so that he could be near both of his parents, who are in their 80s and have health issues.

Said Lingerfelt, "If this COVID crisis has done anything, it has recalibrated all of our priorities to a degree. I can't get to the East Coast from Tehachapi as fast as I would like, so I decided it was time to move on."

Asked about his most difficult challenge as the president of AHTV, Lingerfelt said it was coming to Tehachapi to find a 1950-model hospital that many people were bypassing due to its physical appearance, lack of an intensive care unit and the fact that no surgeries were offered locally.

"It has really been my privilege to take the community from an older, antiquated building to a brand-new building that offers amazing services to a small community that hasn't seen these services in I don't know how many years," Lingerfelt said. "To see the confidence and the support that this community has shown our hospital, it is truly amazing."

Lingerfelt, who has made a career in the medical field for the past 35 years, said the hospital's patient satisfaction scores are now some of the highest in the country, as are the employee satisfaction marks and clerical marks, according to national benchmarks.

Said Lingerfelt, "What this tells me is that we are providing excellent clinical care and our patients are saying that they appreciate our care in the way that we are delivering it, and that we have a committed staff that cares about this community."

According to Harold Pierce, former communication manager, Adventist Health Tehachapi Valley has never seen a leader quite like Lingerfelt.

"He is somebody who is absolutely willing to jump in and be a part of the team. He always put himself on an equal playing field as his associates," said Pierce.

For example, Pierce recalled when the hospital was getting ready to open, the president "jumped in the trenches," and would often stay all night at the hospital in preparation for the licensing board.

Said Pierce, "At one point, he was out there changing light bulbs. No task was beneath him in supporting his staff, and I think that's what his staff appreciated about him."

On the 4th of July celebration last year, Pierce said Lingerfelt insisted on wearing the penguin mascot costume and went out in the heat of the summer to greet the crowd.

"I don't know if you've ever seen another CEO who wanted to be the guy in the suit," laughed Pierce.

Lingerfelt was also the type of president who knew all of his employees by name and their backstory and family.

“I am determined to be more grateful that he came to Tehachapi than I will be sad to see him go. All of us have been touched by his kindness and inspired by his dedication to our team and the community. It is incumbent upon all of us to build on the culture and legacy he developed. That will be how we honor him and show our love and gratitude for his investment in all of us,” said Christina Scrivner, director of philanthropy for Adventist Health Tehachapi Valley.

Josh Pierce, training/development manager, said the Adventist Health team is now a strong one due to Lingerfelt's efforts.

“Jeff is the kind of leader you want to sit and have a cup of coffee with and share your life story. He embraces people and has helped the hospital grow a stronger leadership team who will be able to carry on his legacy and lead our community into the future," Josh Pierce said. "Jeff cared about his team so much that he wanted to always be available. When it snowed and he knew he may get snowed in, he slept in his office to be present with his team to support them. I am glad I got to work with Jeff and learn from him. We are a strong team and will continue to lead and excel because of him."

Lingerfelt will also be remembered as the CEO who made his team feel like they were family.

"That's what makes this a terribly hard decision to make, because I love this team," the outgoing president said. "It is the best team that I have had the privilege of working with."